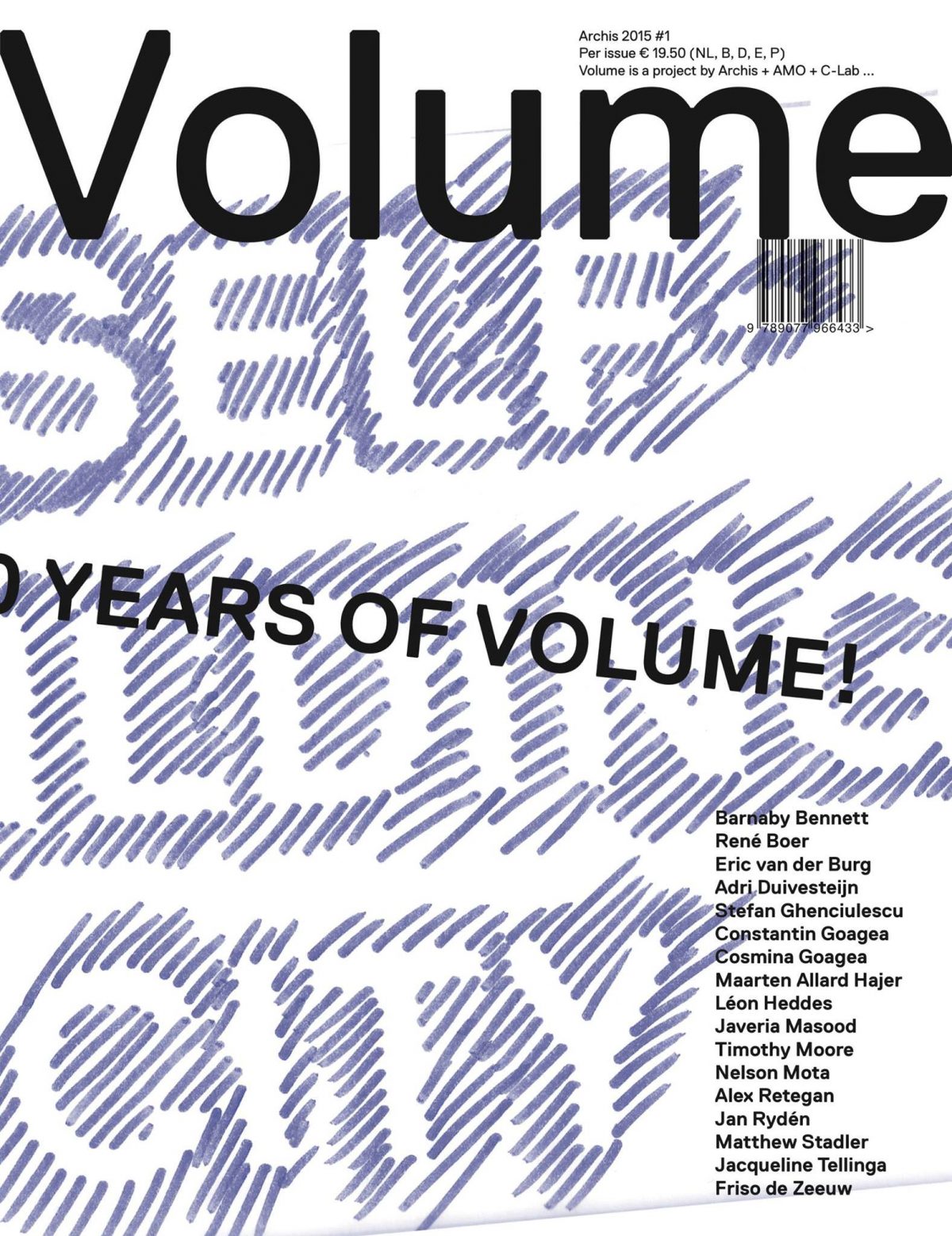 There is a theory that the more organized (read: developed) a society is, the less self-sufficient it becomes. All sorts of services and amenities, from housing to energy, from culture to justice, are centrally organized and distributed. But is that necessarily so? Or are we heading for a new order in which decentralized and self-reliant become the norm?

Recently, I learned about a new research program at Utrecht University focused on cycling. It is not part of their health department, as one might expect, but of a department specialized in modeling data. The researchers want to investigate cycling in the city as a complex system and produce a model to describe its dynamics. My first response was: people take their bike and move from A to B. How complex can that be? 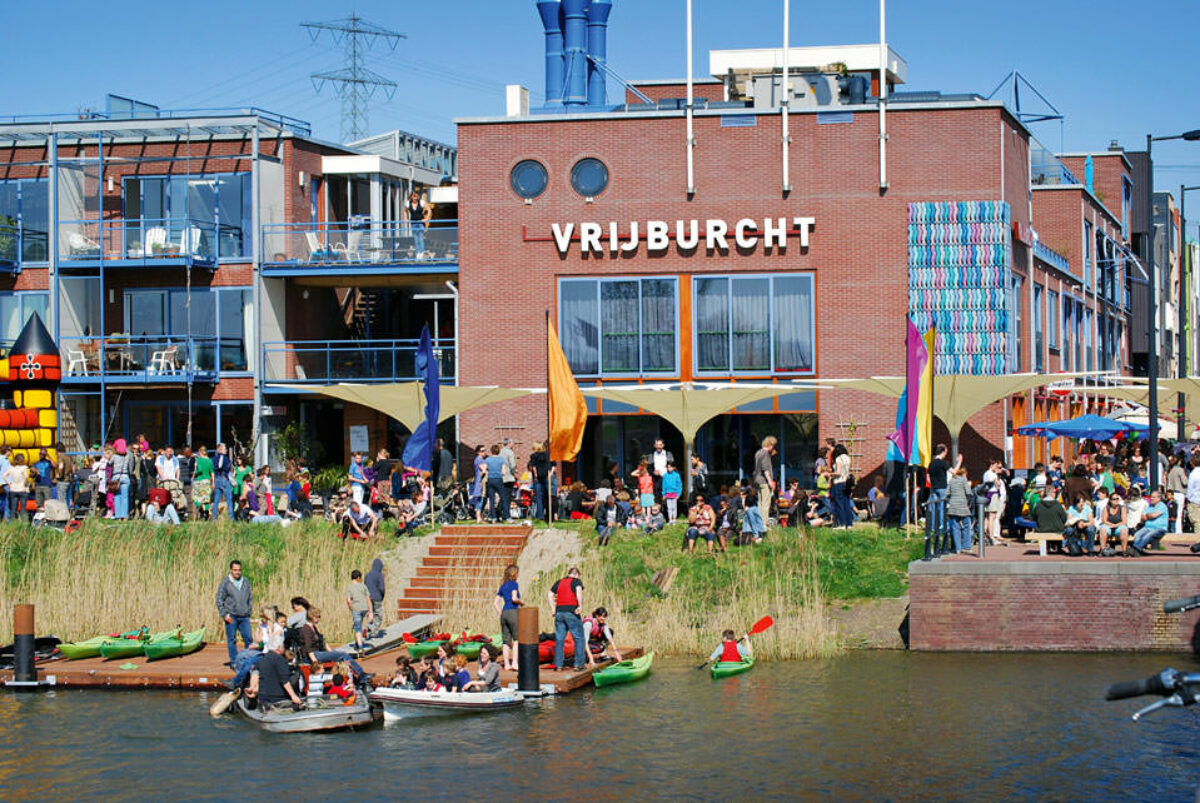 Volume’s upcoming issue addresses how people’s initiative creates the city, focusing on housing. Temporariness is one of the conditions that favors small-scale and bottom-up initiative. Martynas Mankus discusses some realities. 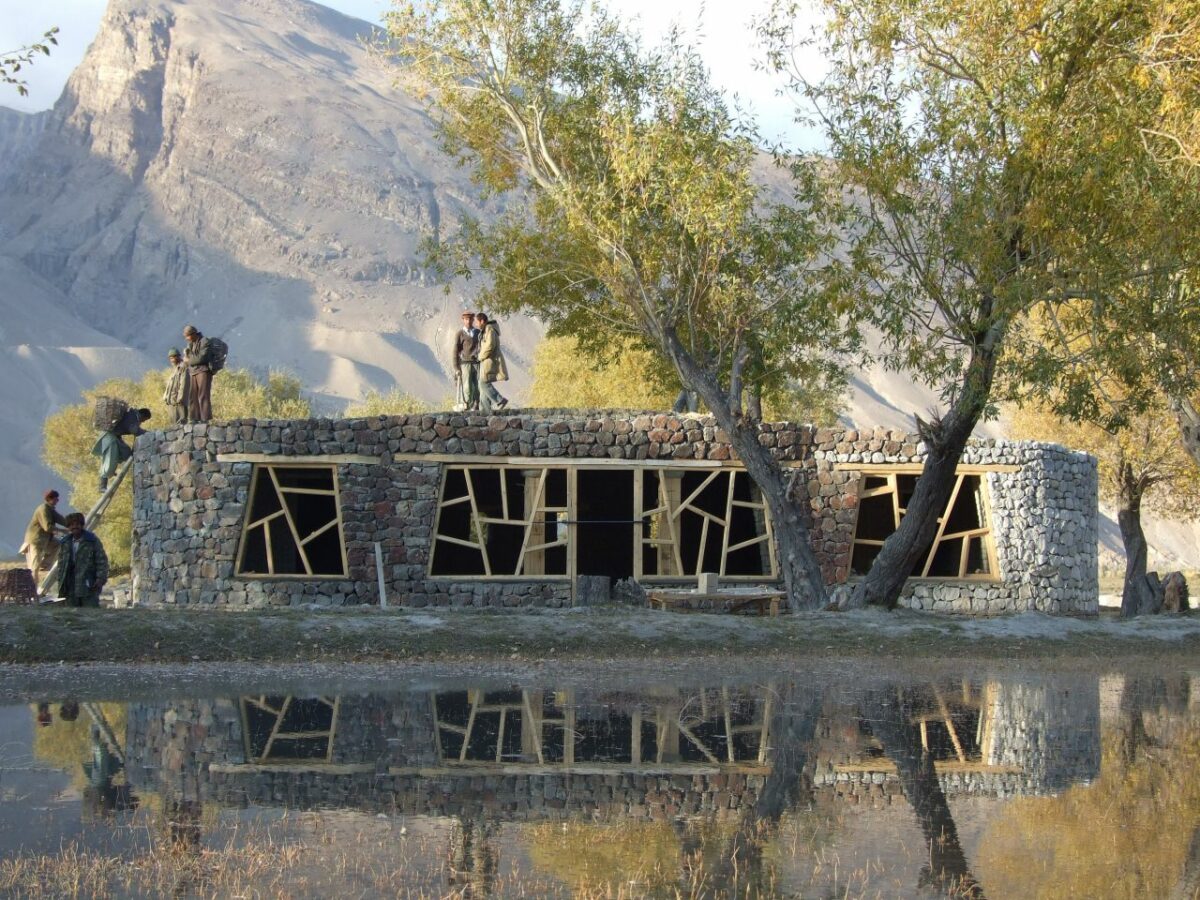 The Good Cause at DAC Copenhagen — Until 9 June

This Friday The Good Cause will close at Studio-X Istanbul. On the same day the exhibition will be opened on the other side of Europe, at the Danish Architecture Centre in Copenhagen. 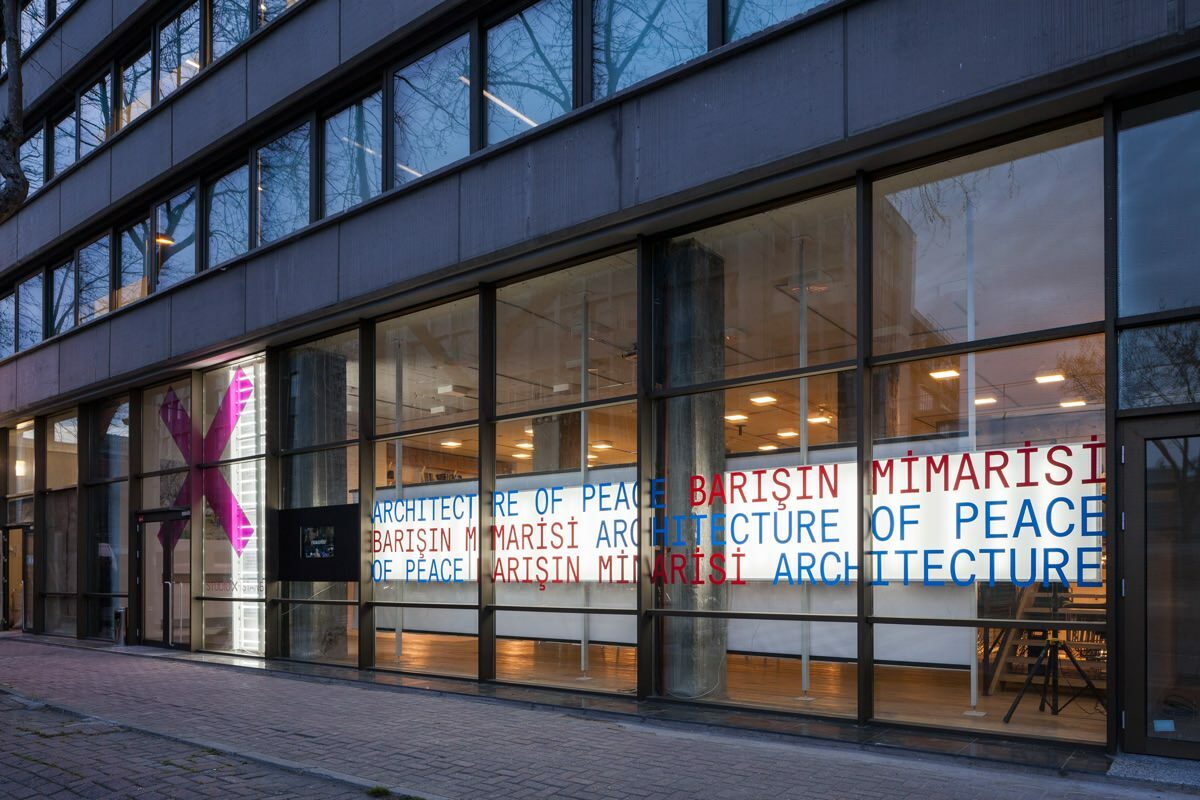 Last Days of The Good Cause at Studio-X Istanbul

Last Friday, we celebrated the official opening of The Good Cause: Architecture of Peace exhibition at Studio-X in Istanbul.

War and conflict are of all ages. To confront this reality, peace missions, rebuilding operations and international law have been developed as tools to help create stability and peace after conflict. This is very impressive indeed, but the road to sustainable peace is arduous and troublesome. Furthermore, rebuilding and urban planning strategies can rekindle old conflicts. The exhibition The Good Cause not only gives insight into the complexities of dealing with post-conflict situations. Through inspiring case studies from Afghanistan, Kosovo, South Africa, Rwanda, Israel and Palestine, it also shows what reconstruction could look like if it were designed with an eye for local structures. 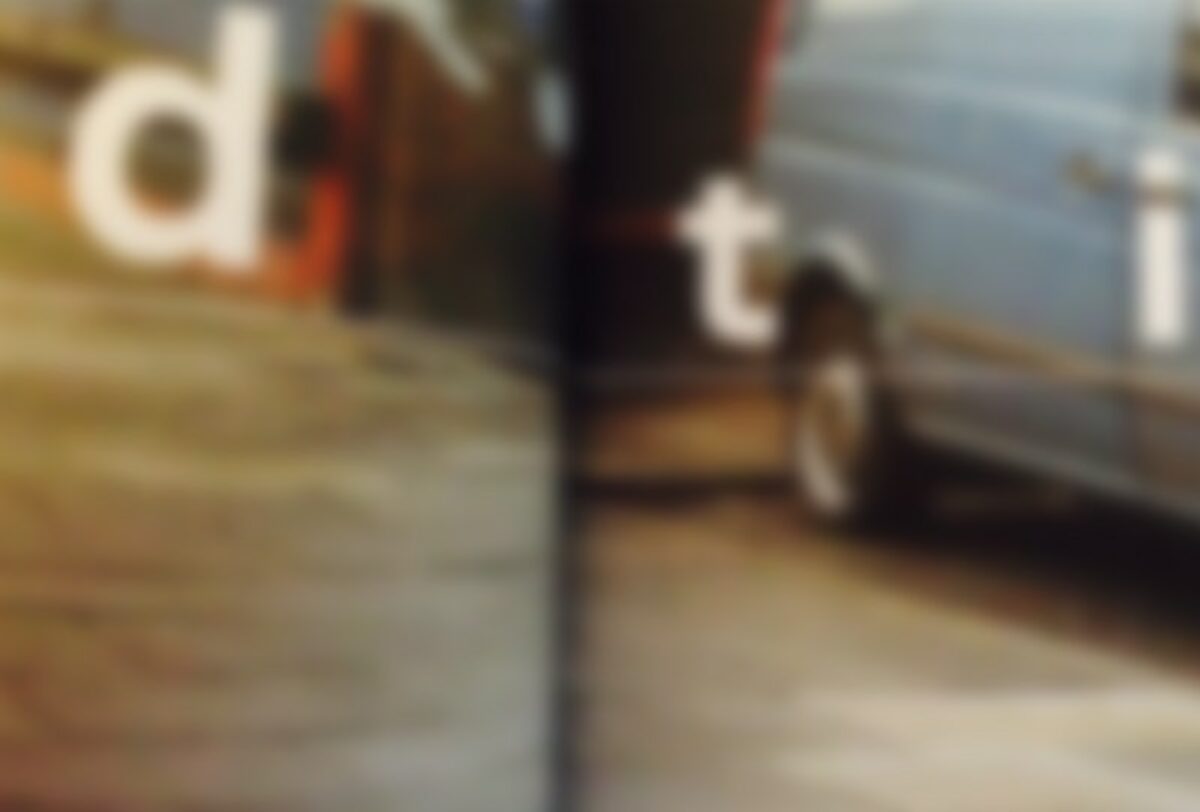 Archis Speaks Volumes #2: The Art and Science of Real Estate

Come along on Monday 16 March at Pakhuis de Zwijger in Amsterdam for the second edition of Archis Speaks Volumes. 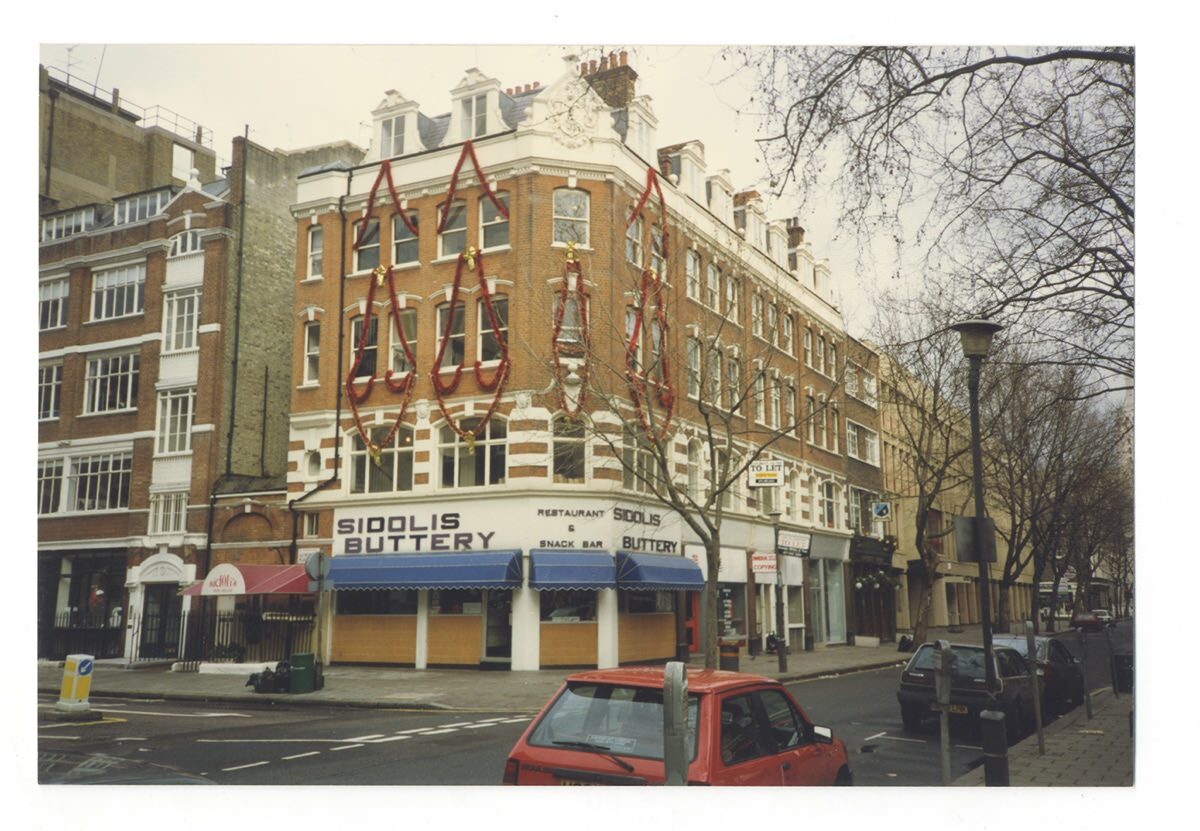 Cedric Price: The Dynamics of Time

Bureau Europa presents the third iteration of an exhibition of the work of architect Cedric Price and the first public appearance of some of his selected projects in the Netherlands. As a satellite component tot he exhibition, a special Cedric Price insert magazine is created in collaboration with Volume. Volume readers will find the insert in the back of Volume #42. 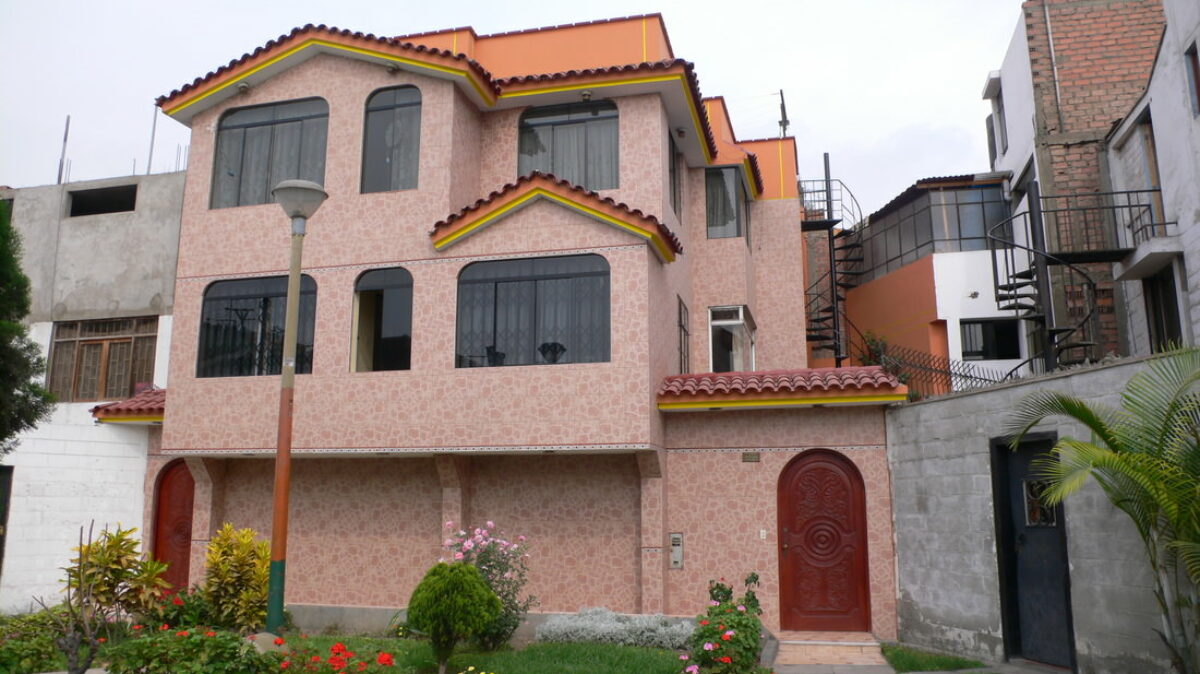 Quiz: Guess the Architect and Win a Volume Shopping Bag!

For the next issue of Volume we are looking into self-built environments and how citizens create their own. In that context we bumped into this image: Any idea who was the original architect? If you know the answer, please send it to info@archis.org before Friday 13 February. The winner, who will be selected randomly, will receive one of our famous Volume shopping bags!

Volume 61: The Ultimate Guide to Guides

Shortly after I took over the editorship of Building Design in 1983, I met Cedric Price at an industry event, probably at the Building Centre on Store Street, opposite his office in Alfred Place. He suggested we might have breakfast at his office. It was the beginning of a long run of breakfasts, conversations, initiatives, magazine columns, and occasional excursions at home and abroad. It provided me with the architectural education that, as a history graduate, I had never had. Cedric actually thought that this was a good thing. 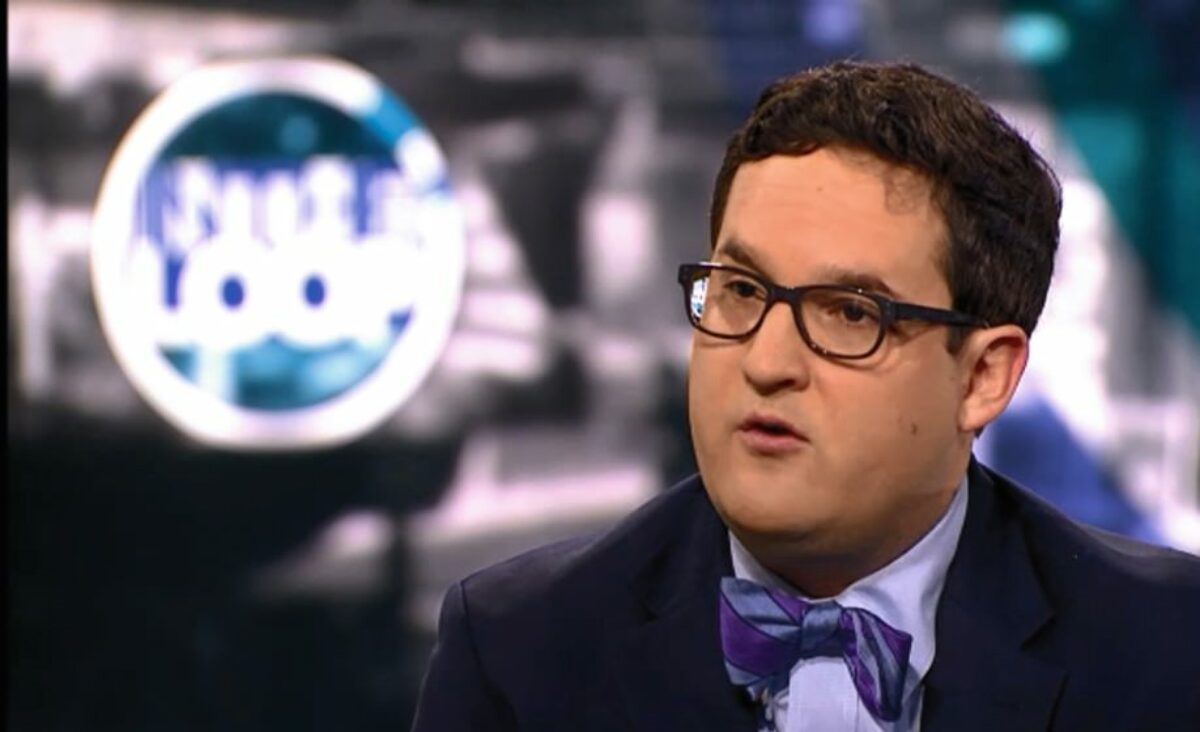 The Discipline and the Profession

As the Research Director of CURE, Jesse Keenan leads many of the center’s projects, drawing on his diverse professional and academic background in law, sustainable development, and housing policy to shape a bold intellectual project for CURE’s research. Keenan talked with Volume’s Jeffrey Inaba and Benedict Clouette about the need for an ethical foundation in the practice of real estate development, and the role of disciplinary knowledge in informing the decisions of professionals.

Right before New Year we launched Volume's 42nd issue, 'Art and Science of Real Estate'. In the coming weeks we're going to publish a selection of articles, and for those who are interested how the issue looks and feels we have uploaded a preview.

I Have a Dream

Once upon a time, not so long ago and also not that far from where we are now there lived an architect. He, because it was a he, had the ambition to build big, real big impressive projects. He had a vision, or actually he had several. But something was preventing him to execute his ideas. He couldn’t find an investor or a developer who would support his plans. It made him miserable. But he wasn’t the kind of guy that gives up easily. So on a sunny day, it must have been November, he said to his wife and children and to some neighbors that visited his house: “I have a dream, I have a dream that one day I will be able to create what I envision. That one day, I will be able to make this place a better world.” That’s what he said. And everyone in the room applauded and was impressed. Everyone? Not his eleven year old daughter. She walk over to him, pulled his sleeve and asked with her sweetest little voice: “But why don’t you do it yourself, daddy?” The little rascal. She obviously had hit a sweet spot, because he burst out in tears. “Because”, he stuttered between his sobs, “my fellow architects won’t let me”.

In today’s rapidly changing world, the role of real estate has been affected deeply. To such a degree that the Center for Urban Real Estate at Columbia University sees an opportunity to transform the profession from within, stressing its creative potential and introducing an ethical code. This issue of Volume is dedicated to CURE’s ambition to create a continuum between architecture and real estate, as part of the design disciplines.

The GDELT Project, "a real-time network diagram and database of global human society for open research", has created an intriguing map that provides insight in protests and conflict situations around the world. 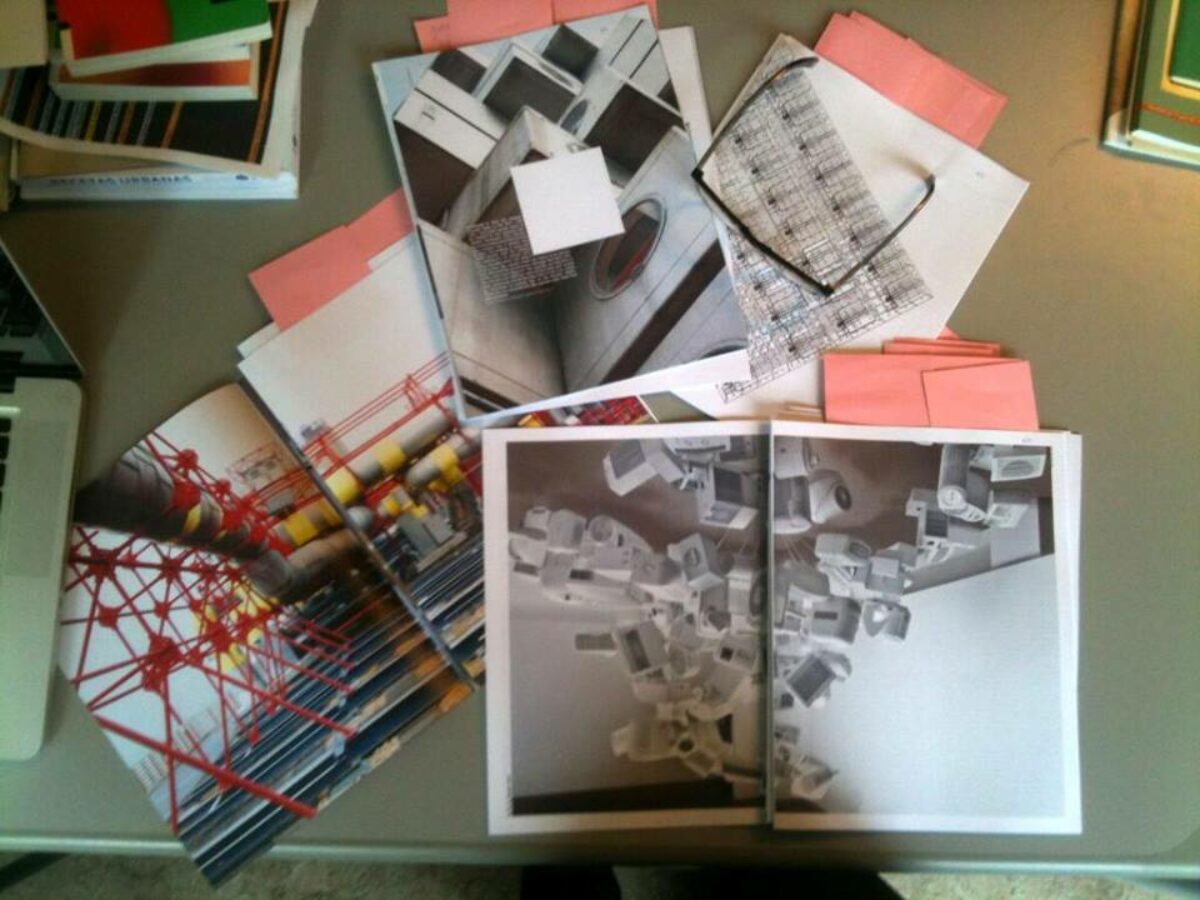 VI·BOK is a studio dedicated to thinking and critical action on living spaces. Last month they published an interview with Volume editor-in-chief Arjen Oosterman and former Volume managing editor Brendan Cormier about their main editorial coordinates and the process of editing. 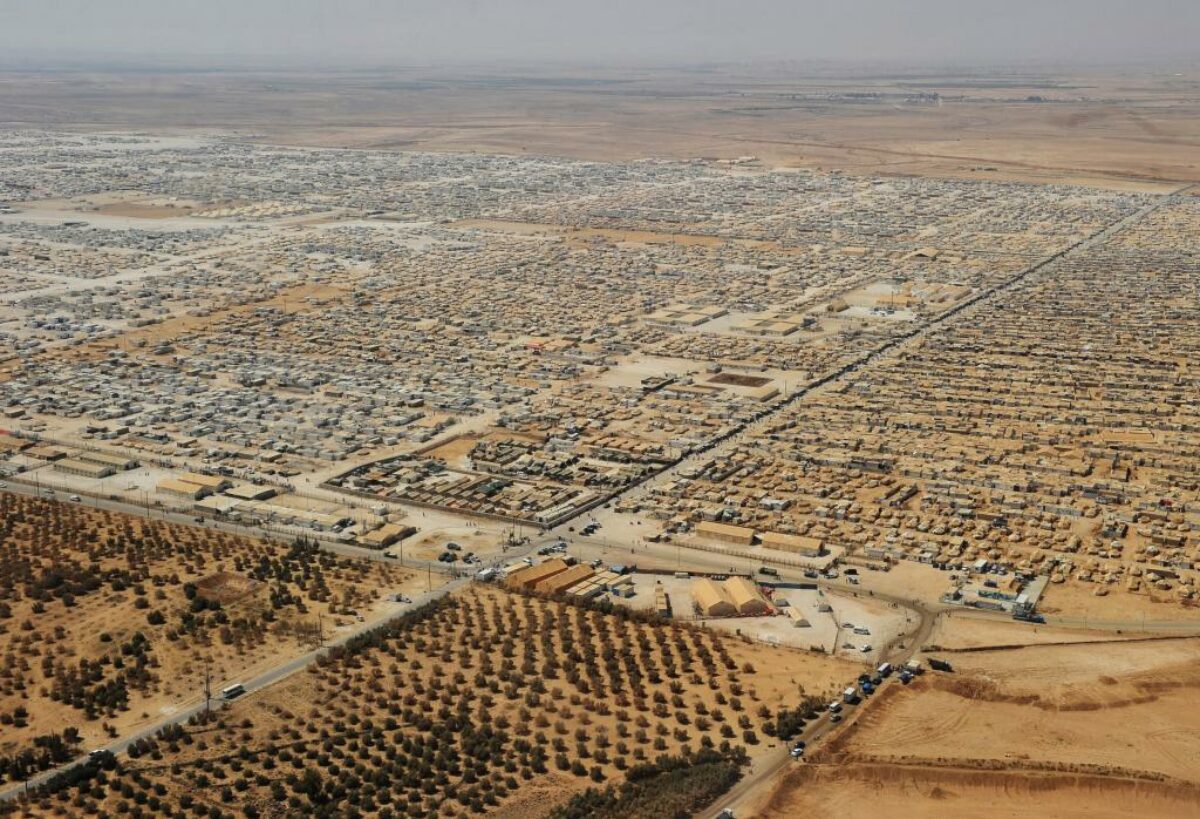 Make sure you don't miss Malkit Shoshan's seminar on 27 November about the impact of peace-keeping missions. To get a preview on her ideas on the matters at stake, read her article in Volume #40: Architecture of Peace Reloaded. 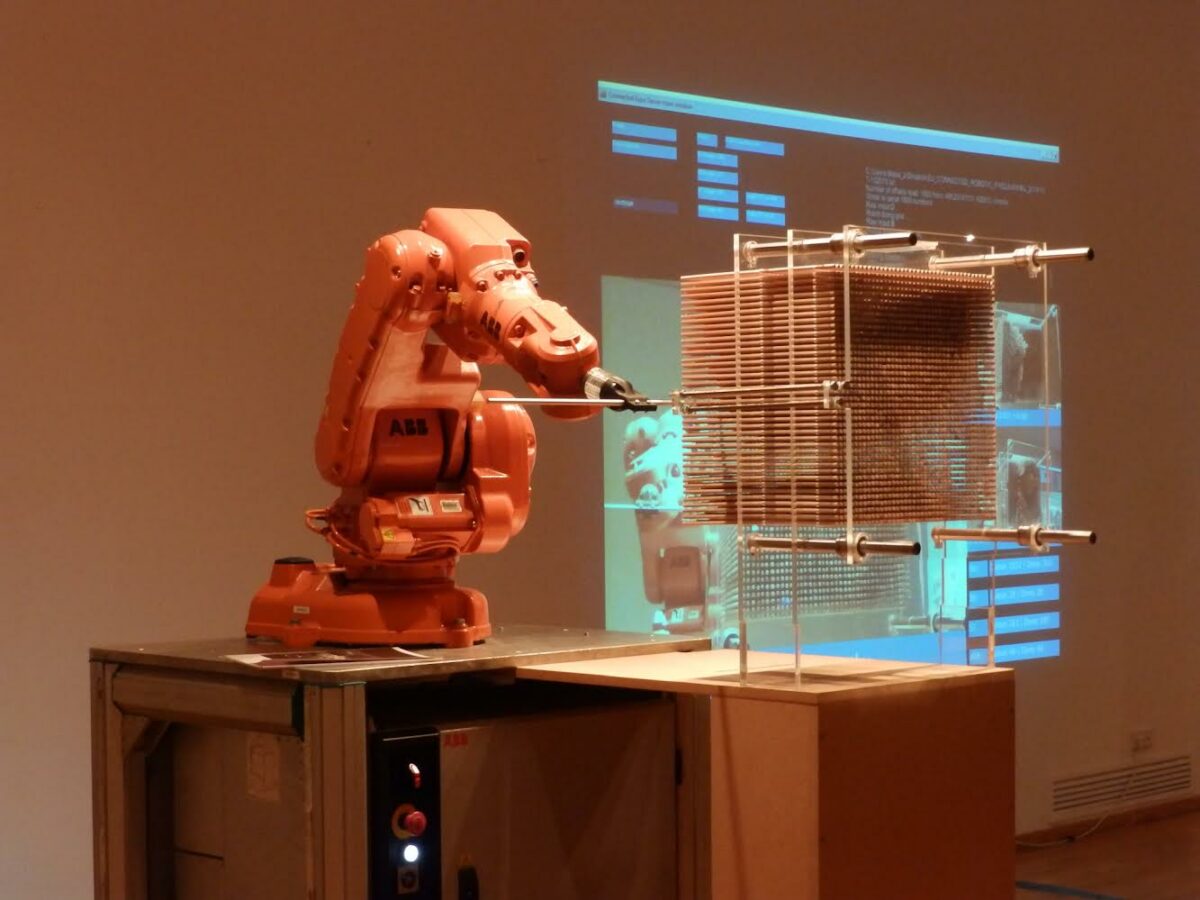 The Connected exhibition program is coming to a closure. This weekend is the last opportunity to see the exhibition in New Energy Docks in Amsterdam, however. Don’t miss it!

Volume 61: The Ultimate Guide to Guides