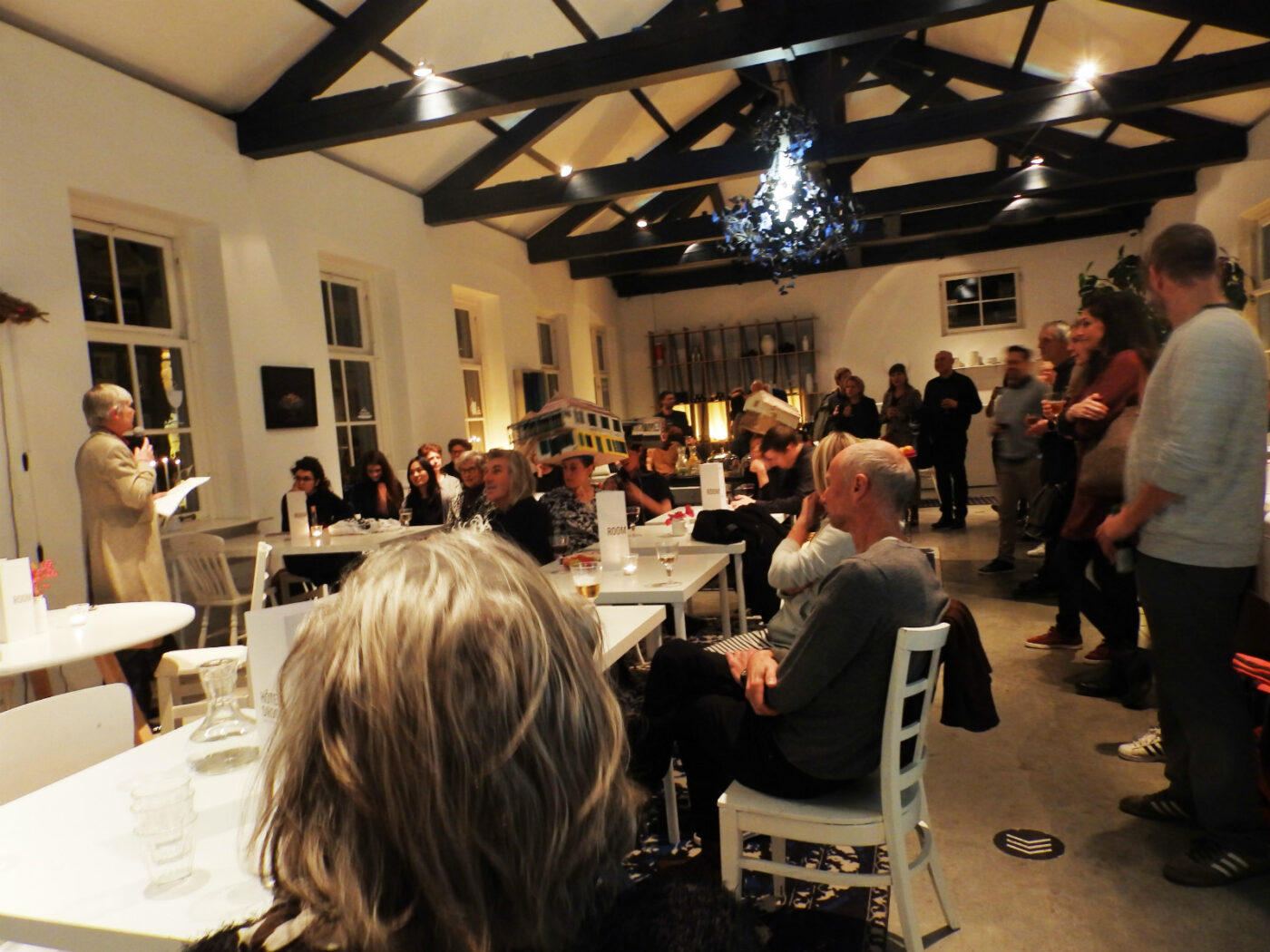 A big thank you to everyone who celebrated with us for Volume’s 10 year anniversary and the launch of Volume 46: Shelter in New York Storefront and Amsterdam Hotel Droog!

In Amsterdam we did the ‘So You Think You Know Volume?’ quiz hosted by Christine de Baan with questions from Ole Bouman, Dirk van den Heuvel, Sonja Haller, Todd Reisz, Alex Retegan, Lard Buurman, Guus Beumer, Jeroen Beekmans and Piet Vollaard. Although it was a close race with Saskia van Stein, the first prize was won by the three lovely ladies from Pink Pony Express.

Alongside, at our New York event, many of the authors of Volume #46: Shelter shared their views on the definition of the word ‘shelter’ to a full house.

Nice words were said, nice people showed up and we are ready for the next year. We were also told by Ole Bouman that we at least have to keep the publication going until 2029 so that we can celebrate 100 years of whichever moniker the magazine has taken on by then and its roots!

We have also launched a donate button on the website that we hope to keep up.  We look forward to seeing you soon!