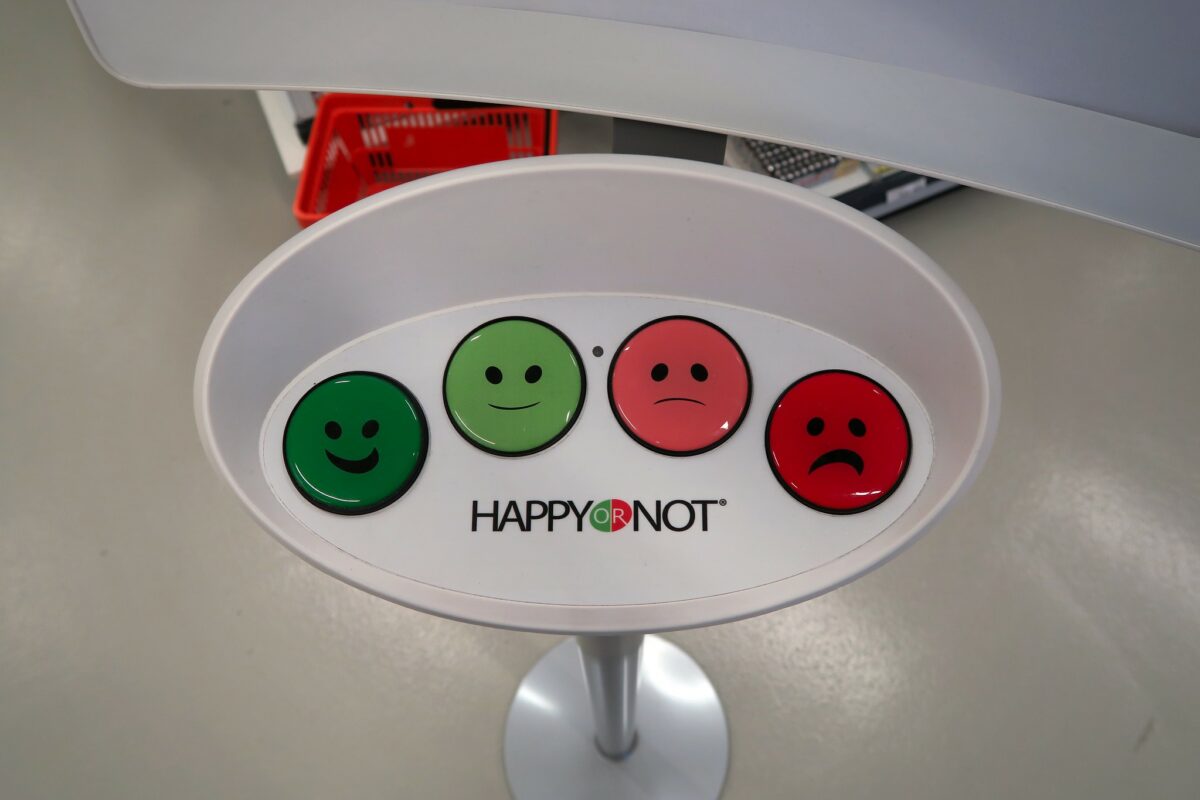 In the build up to our next issue, #56 Playbor, we’ll publish a series of texts exploring the data produced by international surveys on people's work related feelings: happiness, boredom, burn-out, and more. This week it's happiness's turn. 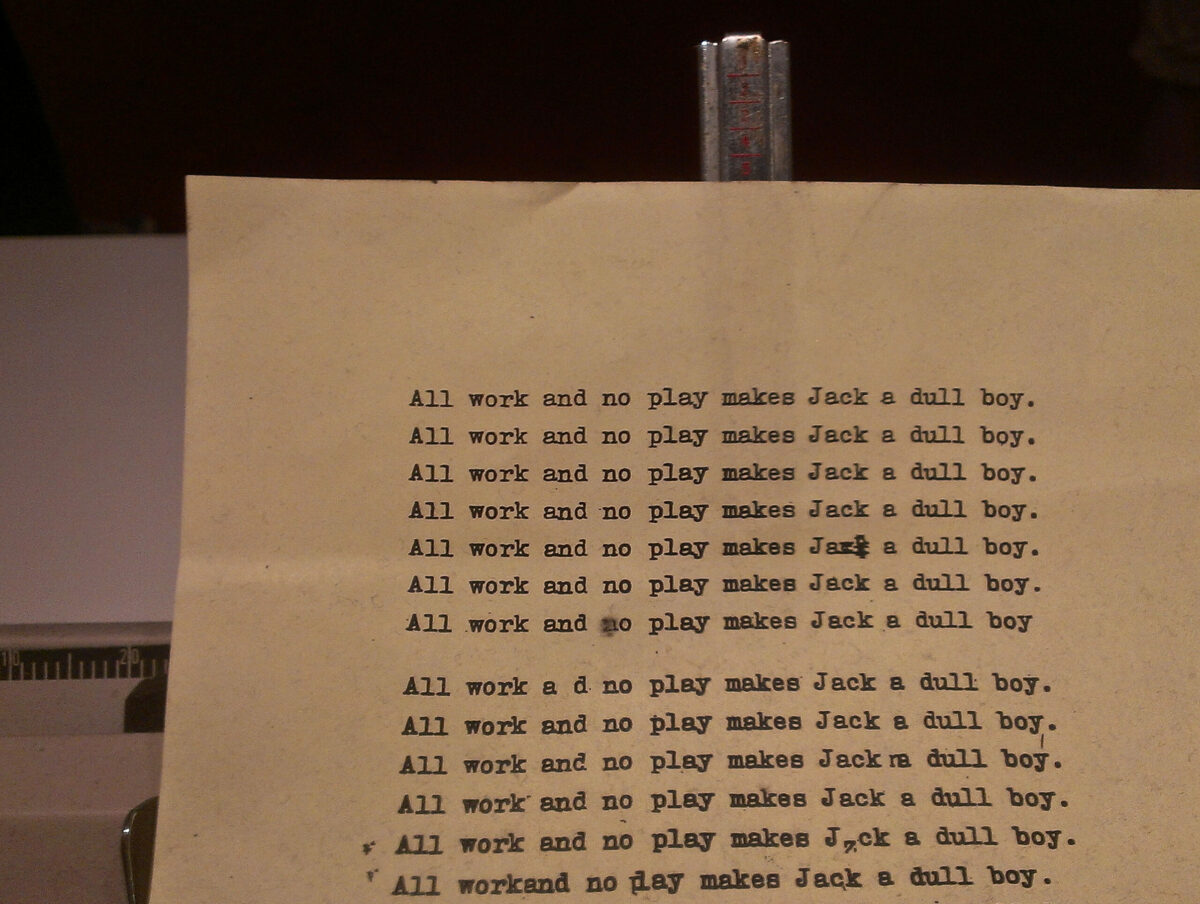 In the build up to our next issue, #56 Playbor, we’ll publish a series of texts exploring not only the data produced by these international surveys, but too the conditions and criteria that defined their questions in the first instance. The task is to explore and deconstruct the terminology, methodologies, and perimeters of these polls and surveys whose goal it is to quantify the qualitative, to measure the ephemeral. 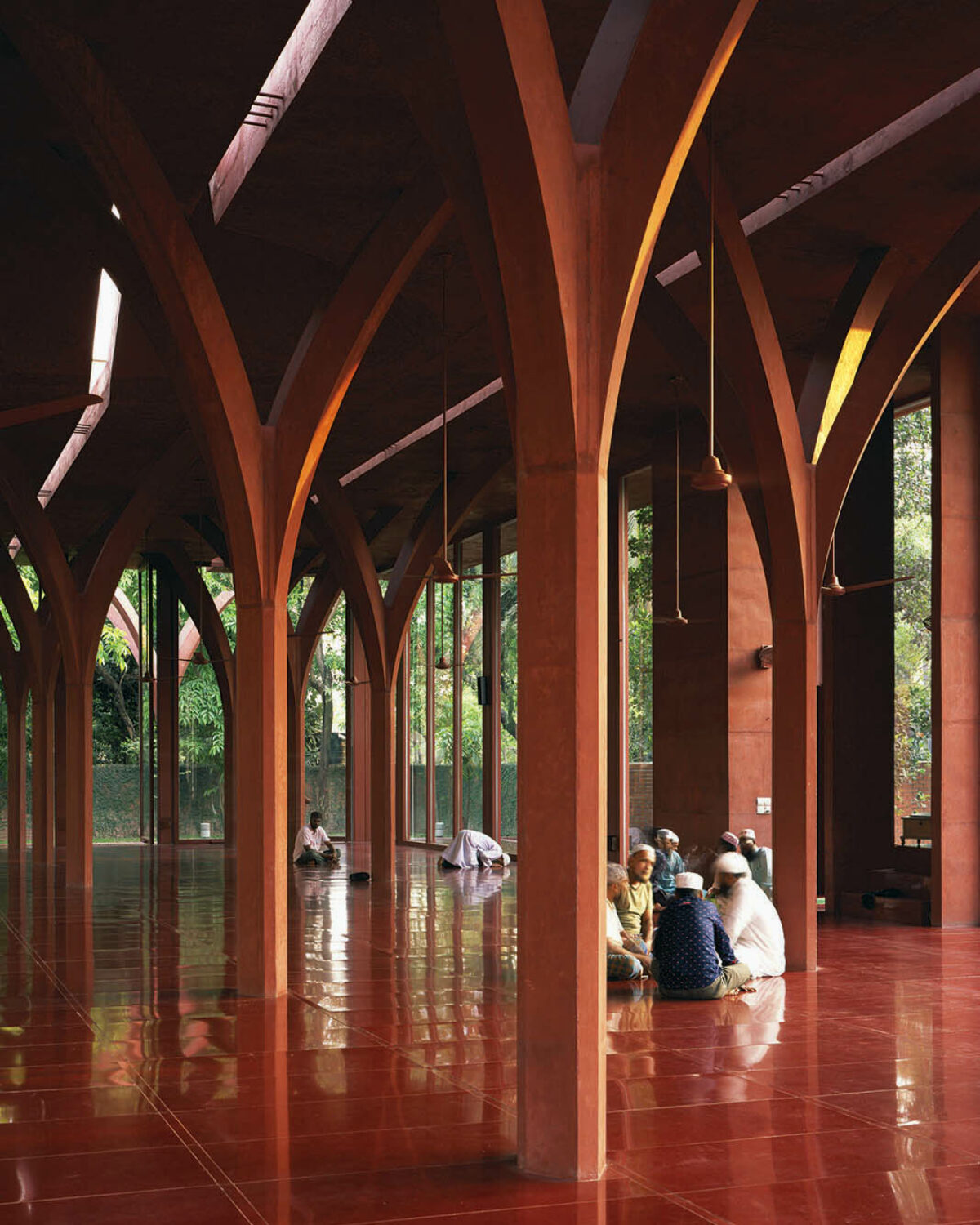 The question of the colonial/postcolonial heritage is complicated in the case of Bangladesh for a simple reason. After the British rule ended we had to deal with the Pakistan – Indian split, and this is more determining for our present condition. 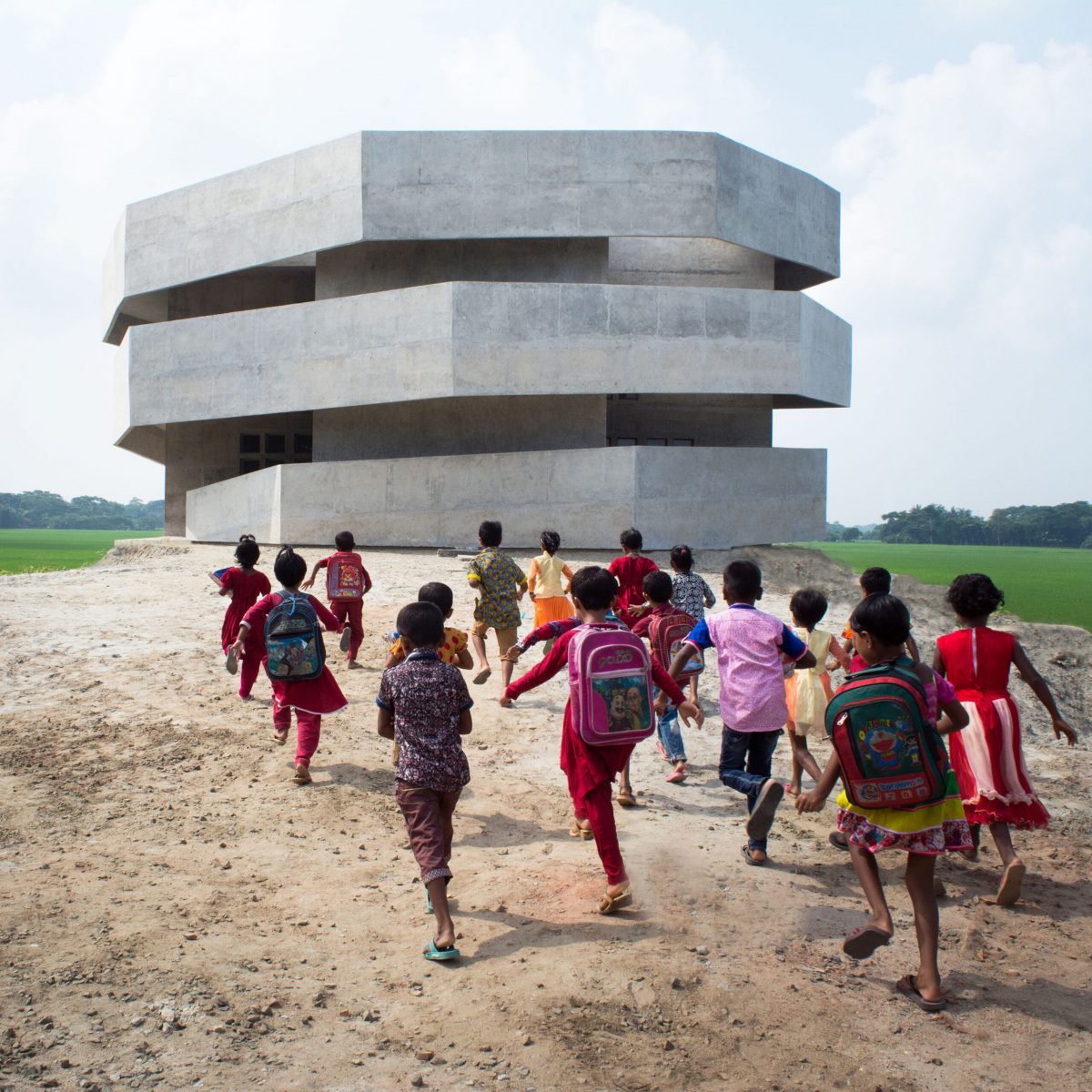 Faraway So Close: the work of Kashef Chowdhury – interview with Niklaus Graber

In the Archizoom gallery of the EPFL, Lausanne, this fall ‘Faraway So Close’ is on show, presenting the work of Kashef Chowdhury. Christophe Catsaros sat with its curator, Niklaus Graber to discuss the relevance of this work and subject. 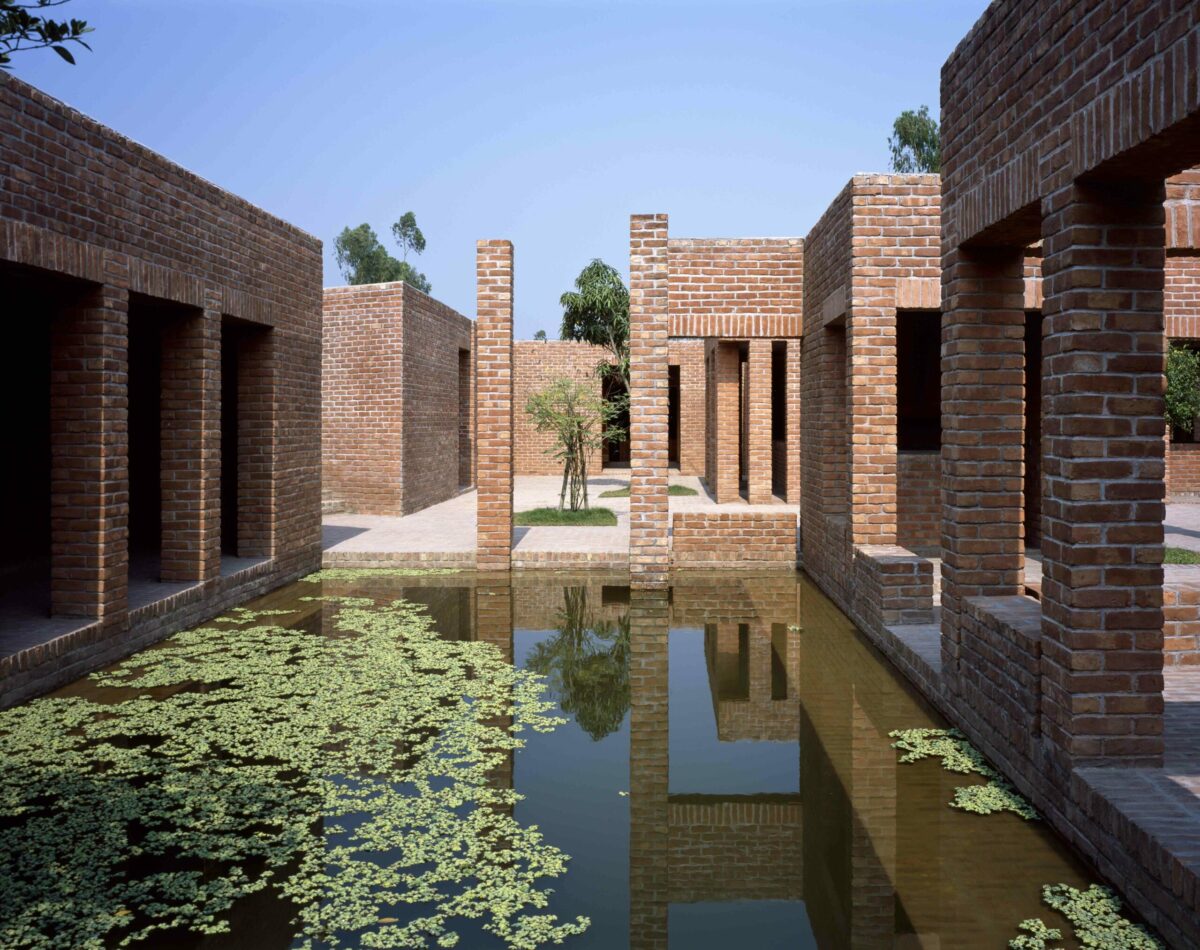 In the Western imagination, Bangladesh is more likely to conjure up images of human and environmental disasters than of quality tropical architecture. Two years ago, the Rohingya exodus was just another in a long list of catastrophes that had punctuated the history of a country with a population greater than that of Russia and a land area barely larger than that of Greece. 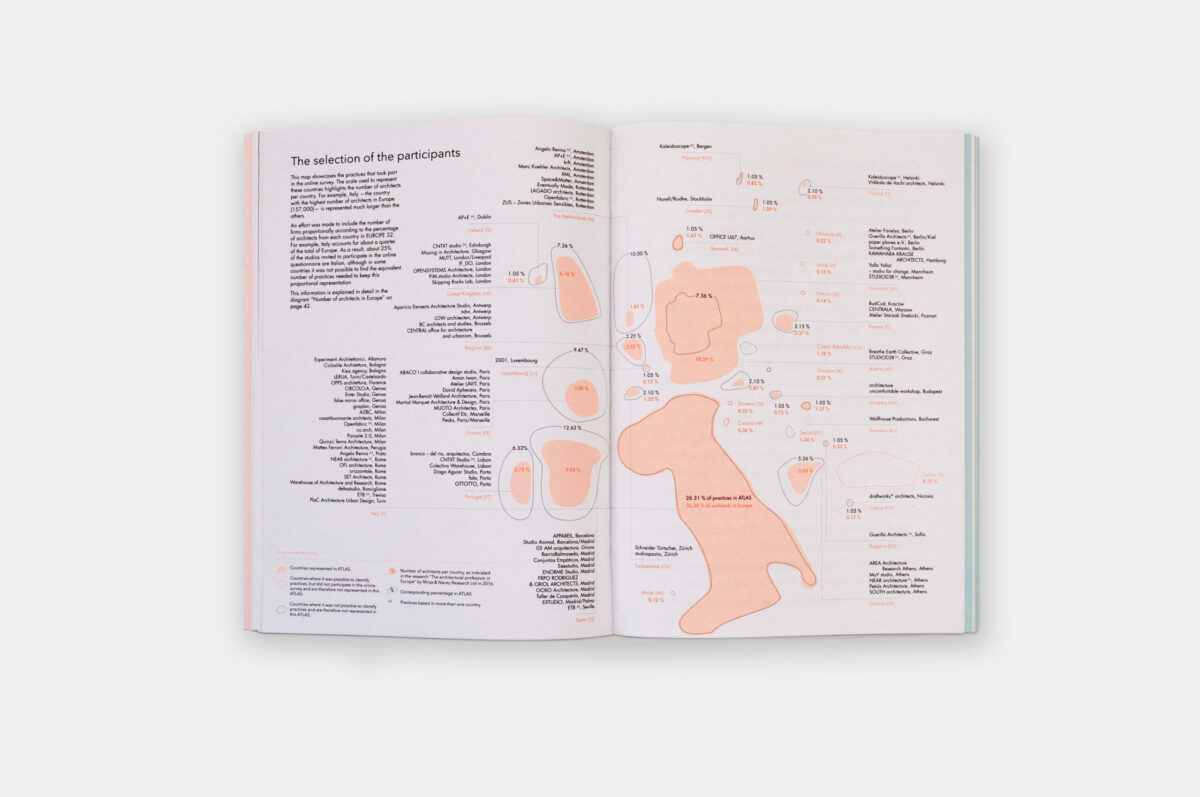 An Atlas to navigate the profession: Interview with Gianpiero Venturini

Curated by Itinerant Office, the book ‘ATLAS of emerging practices: being an architect in the 21st century’ has just been launched at the New Generations Festival in Rome. Volume editor Francesco Degl'Innocenti sat down with Itinerant Office founder Gianpiero Venturini, to discuss the findings of their research on the European context, and break a few misconceptions about the profession.

Gilgamesh in a Blockchain Age

How do we live forever? Cultural memory is something which binds individuals together across time and space, creating the sense that although mortal, there is a greater continuity persisting both in the pre-life and after-life. 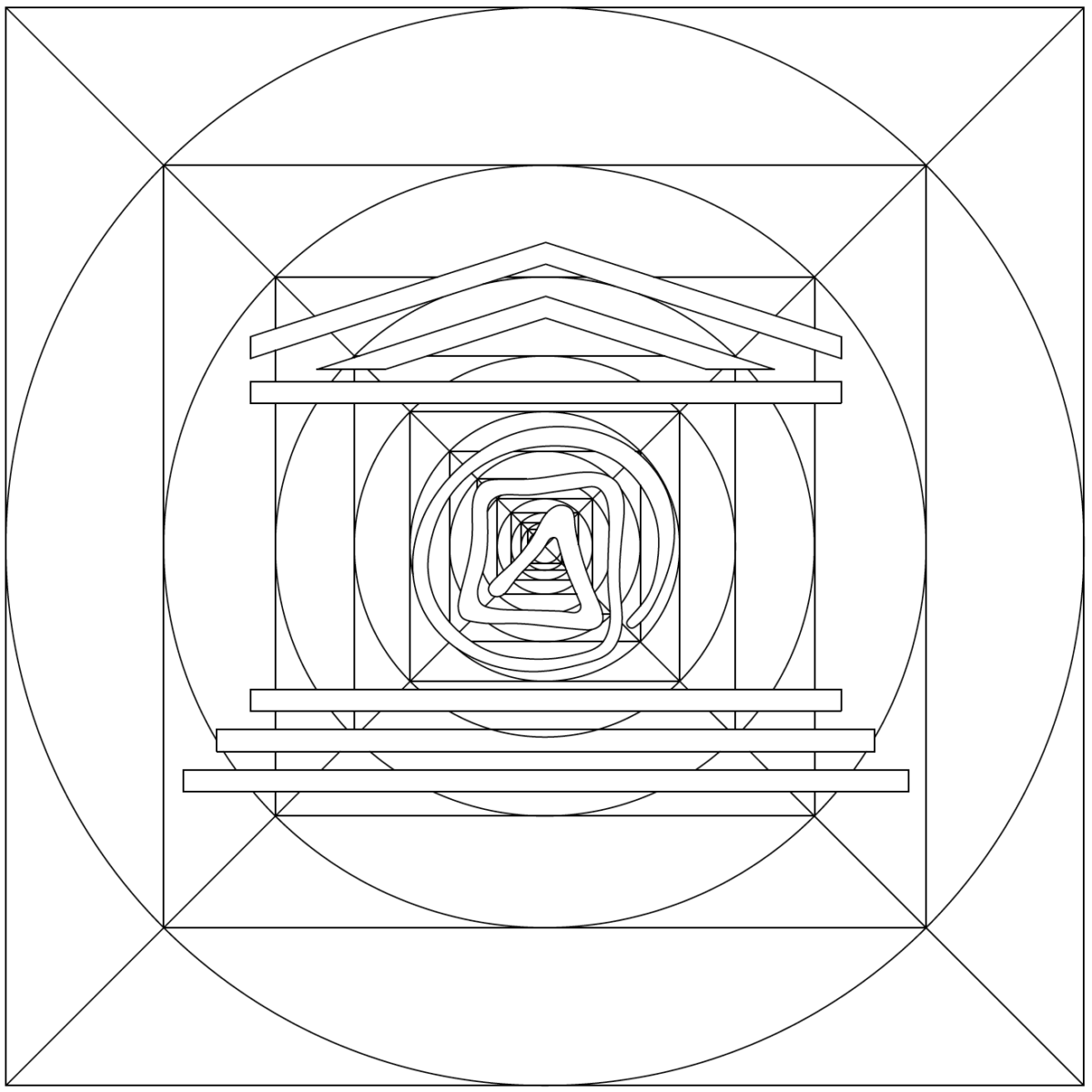 All is Flux: Collective Memory & the Complex Whole

The establishment of the Convention for the Safeguarding of the Intangible Cultural Heritage (ICH) in 2003 marked a profound shift in the custodial objectives of UNESCO as an organisation and the mechanisms it utilises preserve global culture. Since the introduction of the Convention Concerning the Protection of the World Cultural and Natural Heritage (WCH) in 1972, Unesco policy had, to that point, been driven and dominated by a single, concise, and ultimately incomplete mandate; namely, the evaluation and preservation of material structures. 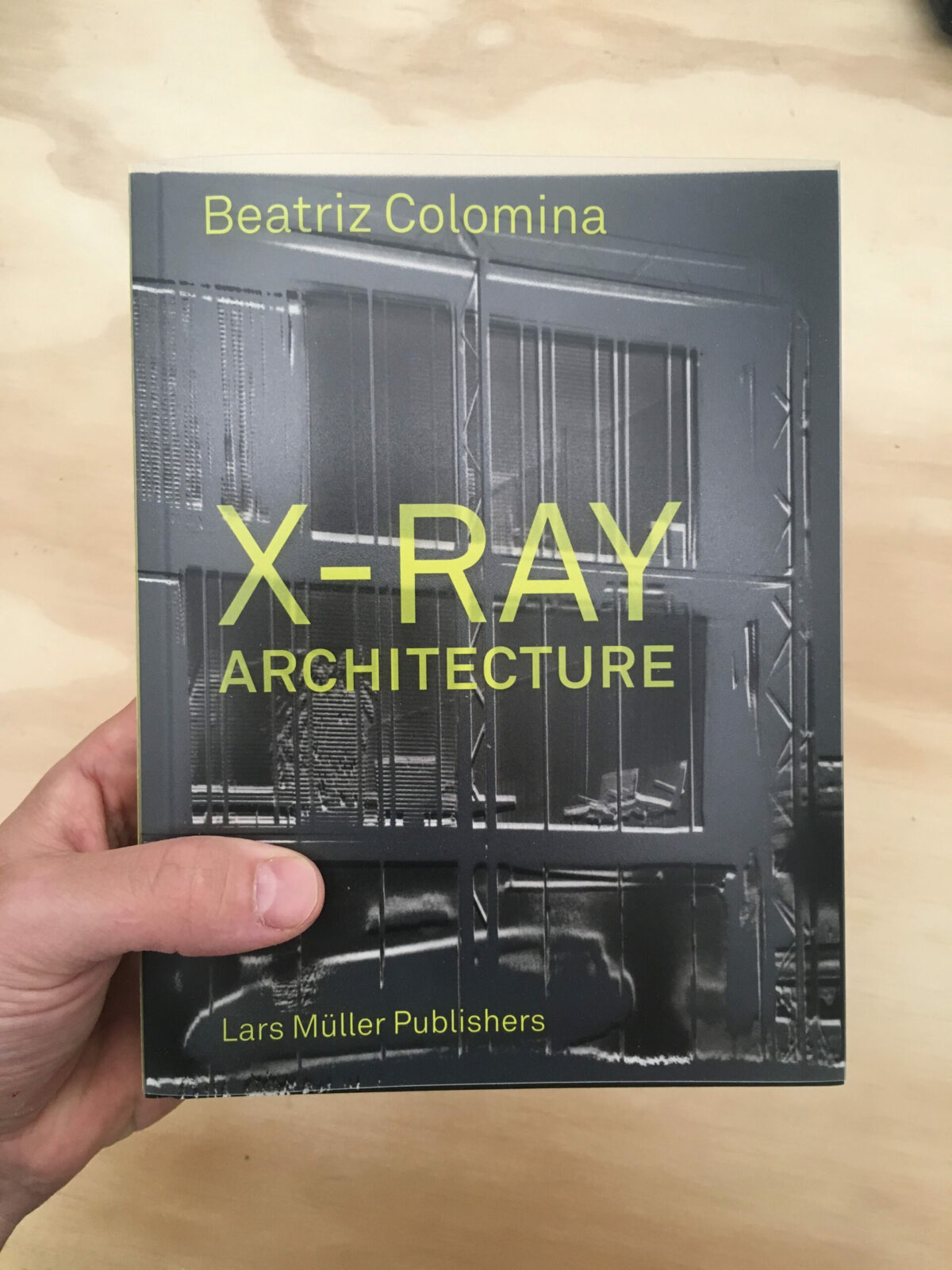 In the hierarchy of major themes that shaped the modern spirit in architecture, hygiene, the imperative of a more salubrious habitat and city, is undeniably at the top of the list. With the book 'X-Ray Architecture', Beatriz Colomina, historian and theoretician of architecture and teacher at Princeton, chooses to make this a structuring principle, more to do with the fear of death and the repressed unconscious than the spirit of innovation. Is modern architecture as hysterical as that of the Baroque period? 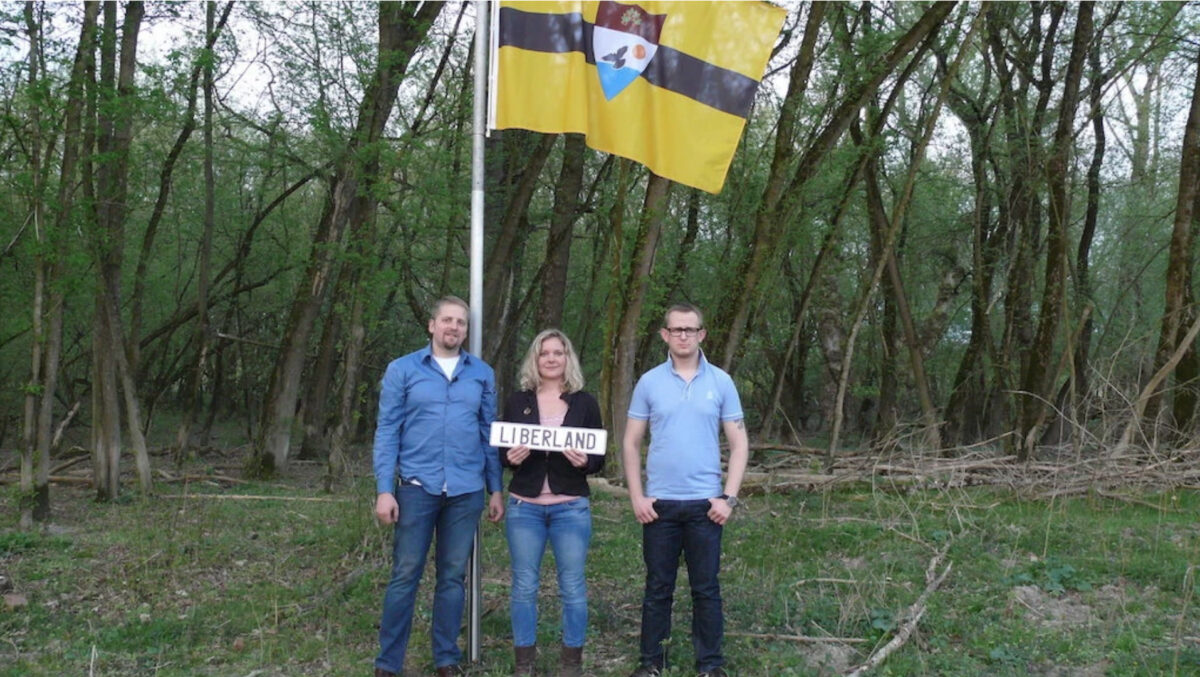 The story of Liberland, an anarcho-capitalist utopia founded on the Danube in 2015, needs to be told in the inverse direction than that of traditional national founding stories. Rather than a land that gets retroactively invested with a founding myth, it is a founding myth actively searching for a land – and using any means to get there. Hans Larsson met with the President and architect of this Eldorado 2.0 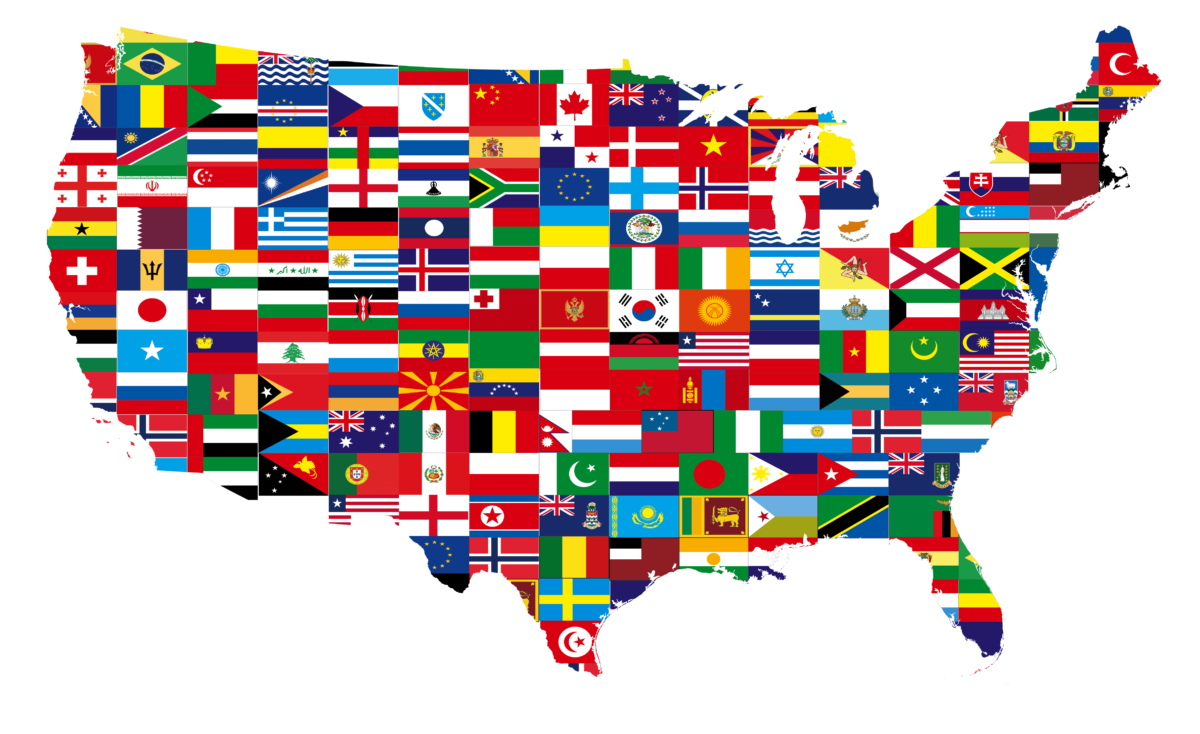 We’re hunter gatherers by nature (yes, women too). And hoarders. We cling onto stuff. We collect during the significant moments of life, only to let go when we move house or get within eye sight of our final destination. There is a fine line between ‘to possess’ and ‘to be possessed’, but either way, there are not many of us that take pride in owning nothing. Whoever had the opportunity to visit one of the main interior lifestyle fairs in Europe or elsewhere will recognize the feeling of despair in the face of the limitless amounts and varying multitudes of ‘stuff’. And yet, we don’t seem to want to do without (anytime soon). Discover the full Volume 55 'Intangible Cultural Heritage' editorial. 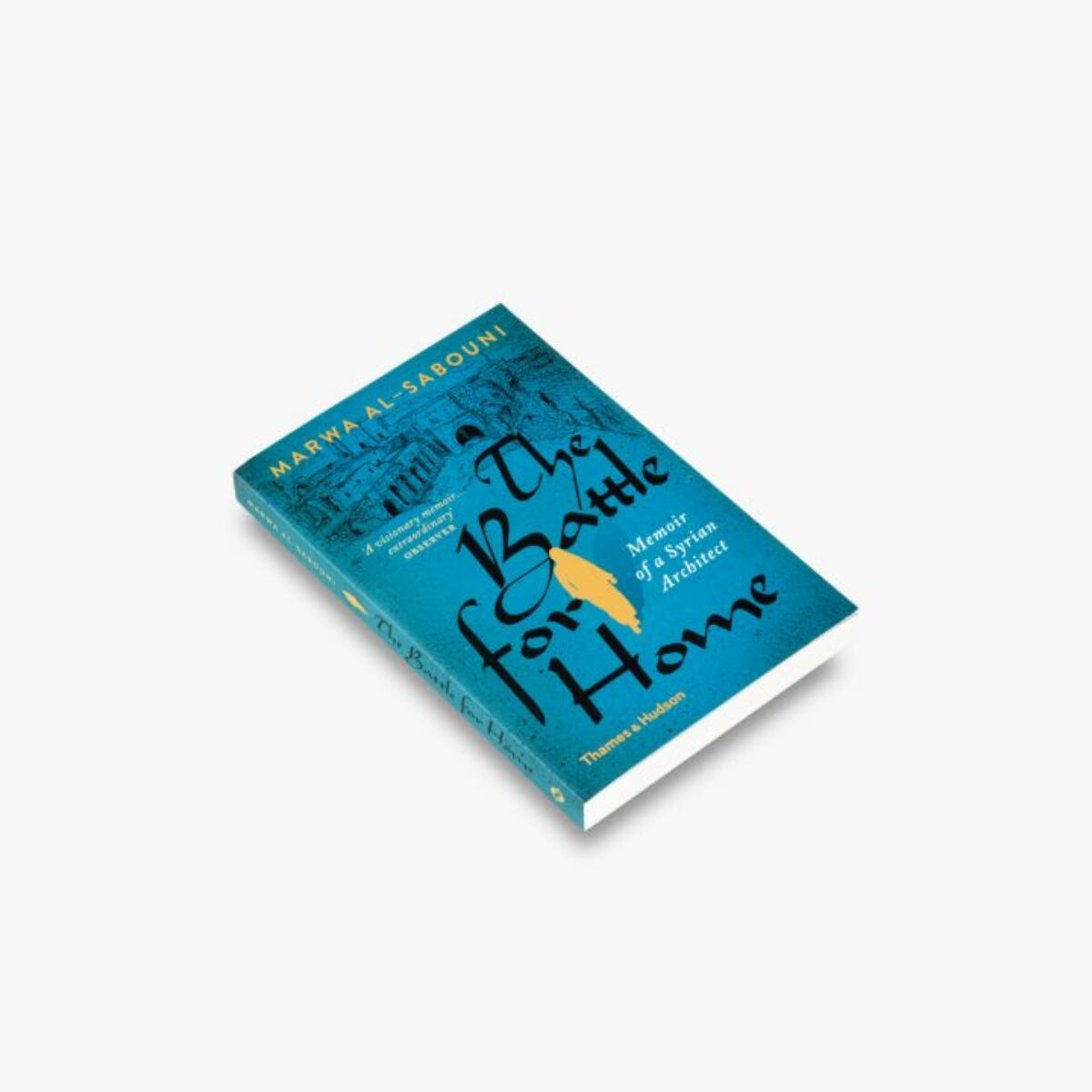 In her book 'The Battle for Home', the Syrian architect Marwa Al-Sabouni focuses on Homs and how the city was destroyed by architecture even before the war began. Lilet Breddels discussed with her in Amsterdam last December, when she received a prestigious Prince Claus Award for her contribution to architectural thinking. 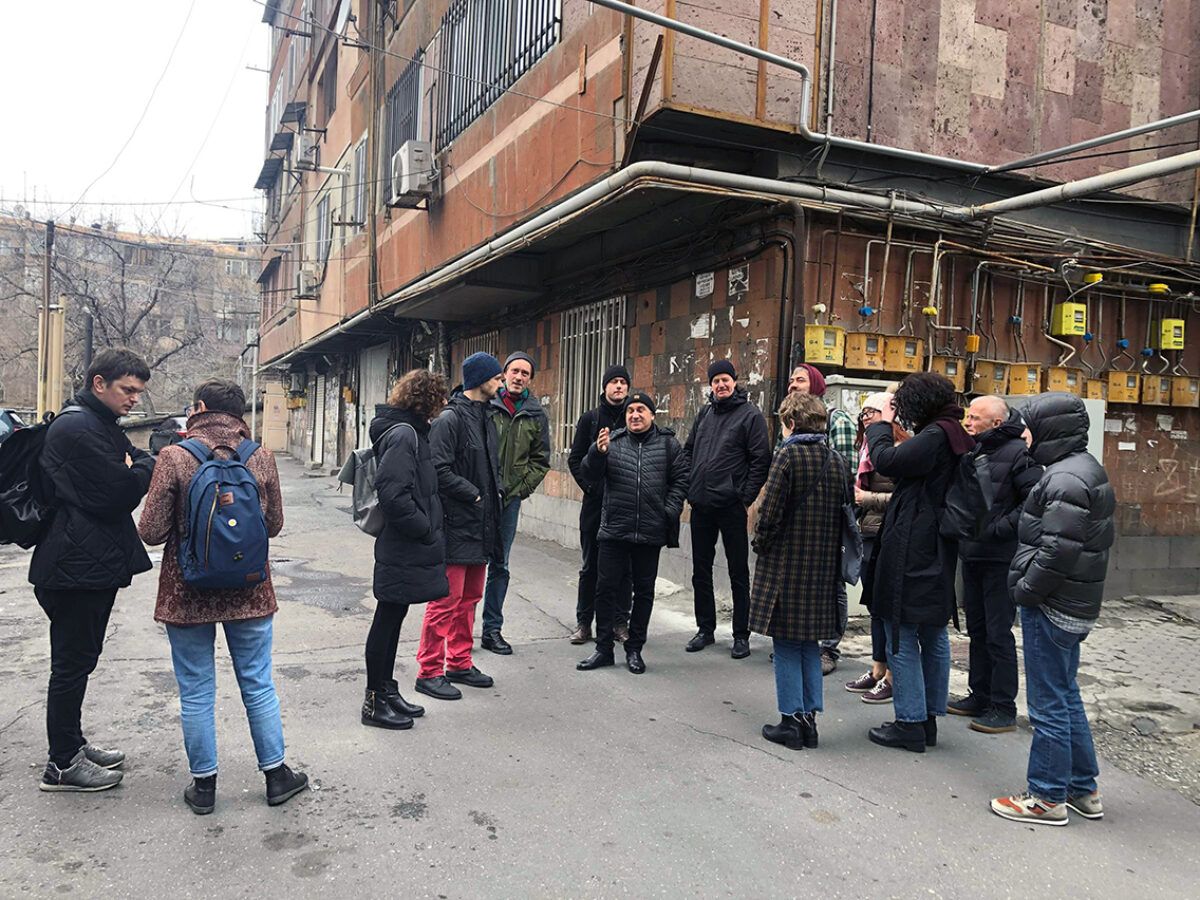 The ‘New Europe’ and Controversy Around the European Idea – an international conference and workshop at the National Museum-Institute of Architecture after Alexander Tamanyan, Yerevan (March 30, 2019). 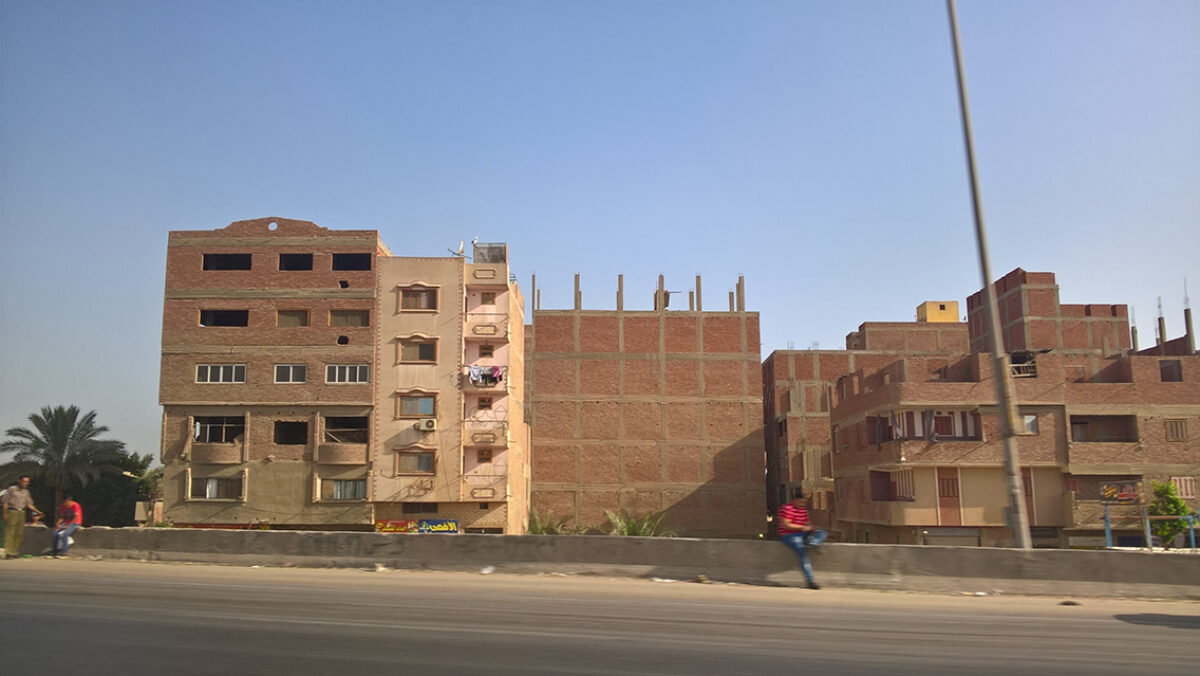 Behind a Windshield: An Unsolicited Narrative

The red brick housing block of the informal settlements in and around Cairo are so recognizable and telling, that the national government is getting concerned about Egypt’s reputation. Not able to stop their spread, let alone to remove them, the government now ordered painting all exteriors to hide the reality of the day.  Yasmin Mardini proposes a different interpretation of these neighborhoods, that ‘normal people’ will only see from the distance of their car. She shows the power of close reading as a way to understand and next, perhaps, to accept and integrate. 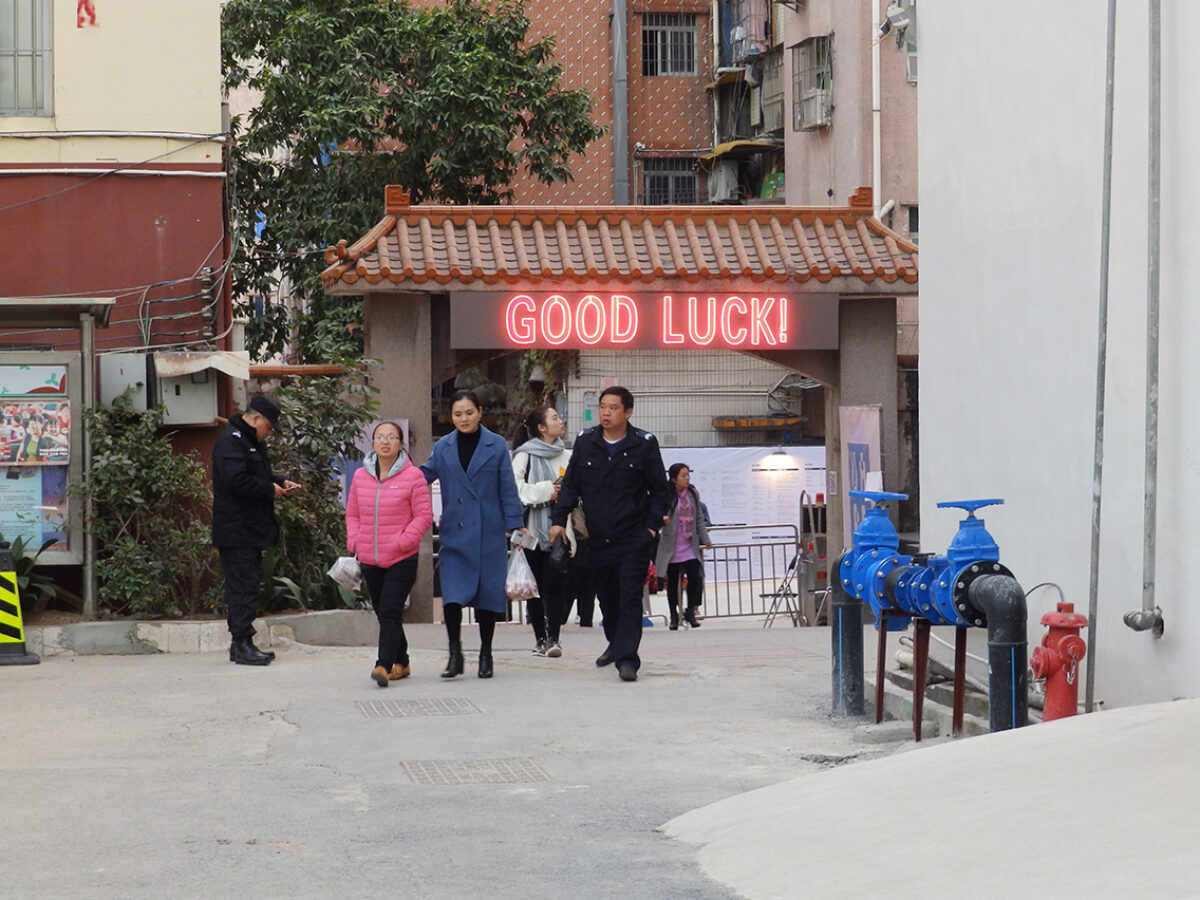 Slow Down: On UABB/SZ 2017 — Interview with Liu Xiaodu

It’s shortly after the opening of UABB/SZ 2017 that I have an appointment with Liu Xiaodu, member of the curatorial team (together with his partner at Urbanus, Meng Yan, and famous art curator, Hou Hanru). We meet in the temporary library of the UABB, a space to sit and read about contributors and their contributions to this seventh iteration. His biennial is dedicated to the quality of diversity; Cities, Grow in Difference, it’s called. I explain that Volume is working on the theme of technology as a push factor in the spatial and social arrangements of our society and what role architectural design and the designer could have. As well as the divide between ‘coders’ and architects. It hits a sweet spot in Liu Xiaodu. 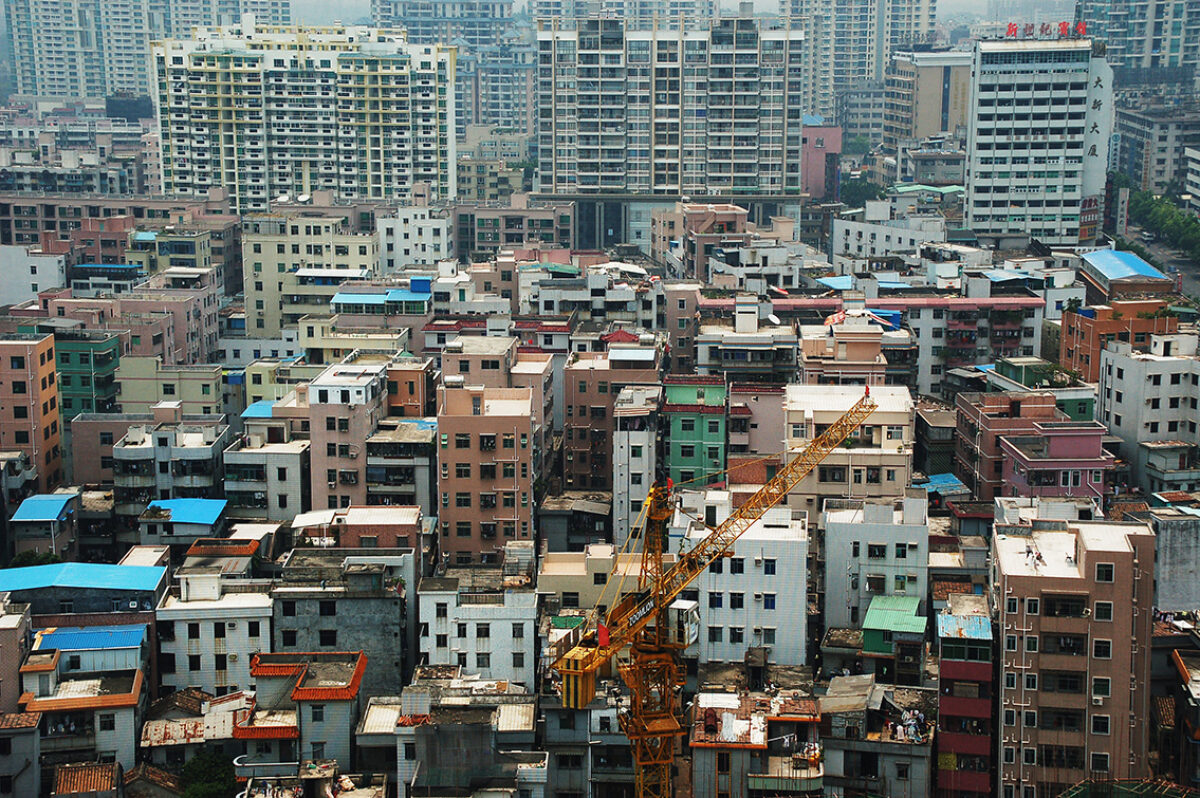 As supplement to Volume #54: On Biennials, we published a catalogue of the first seven Bi-City Biennales of Urbanism\Architecture (Shenzhen). Juan Du, one of its curators and contributors from the first one on reflects in this publication on the conditions that surrounded the start of this biennial. 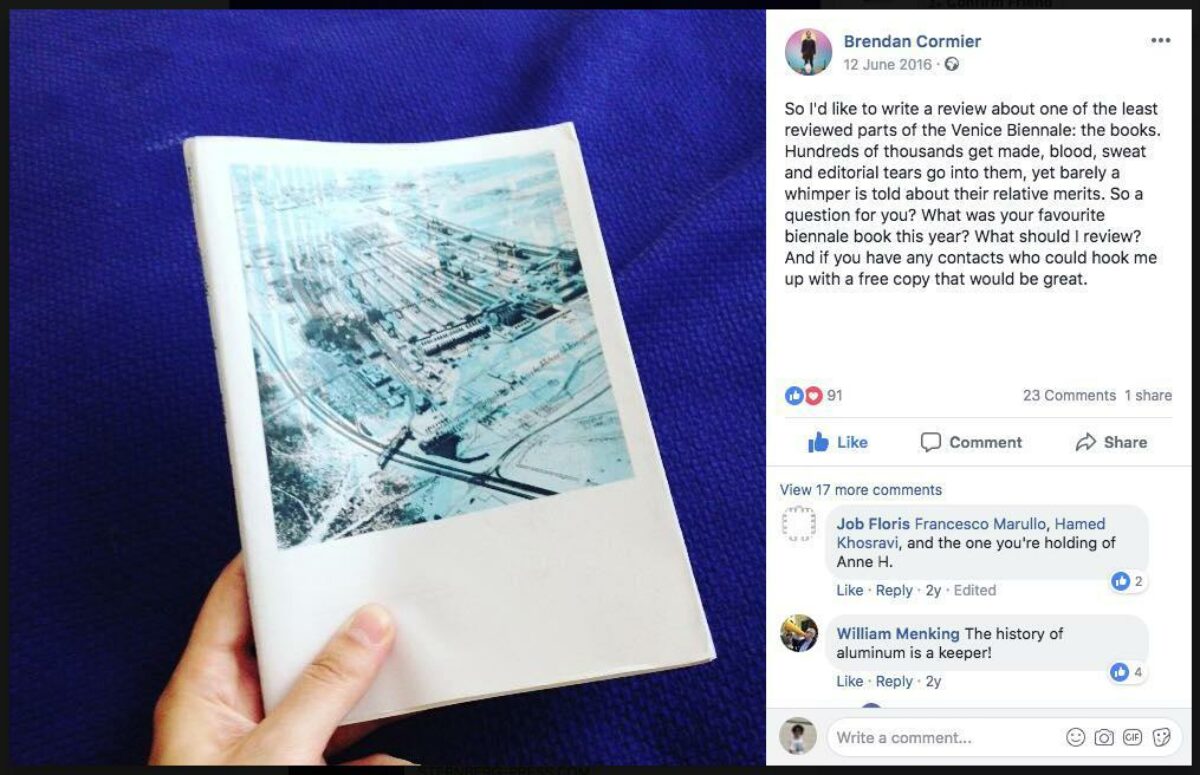 Why we Publish (books on Biennials)*

“Hundreds of thousands get made, blood, sweat and editorial tears go into them, yet barely a whimper is told about their relative merits.” 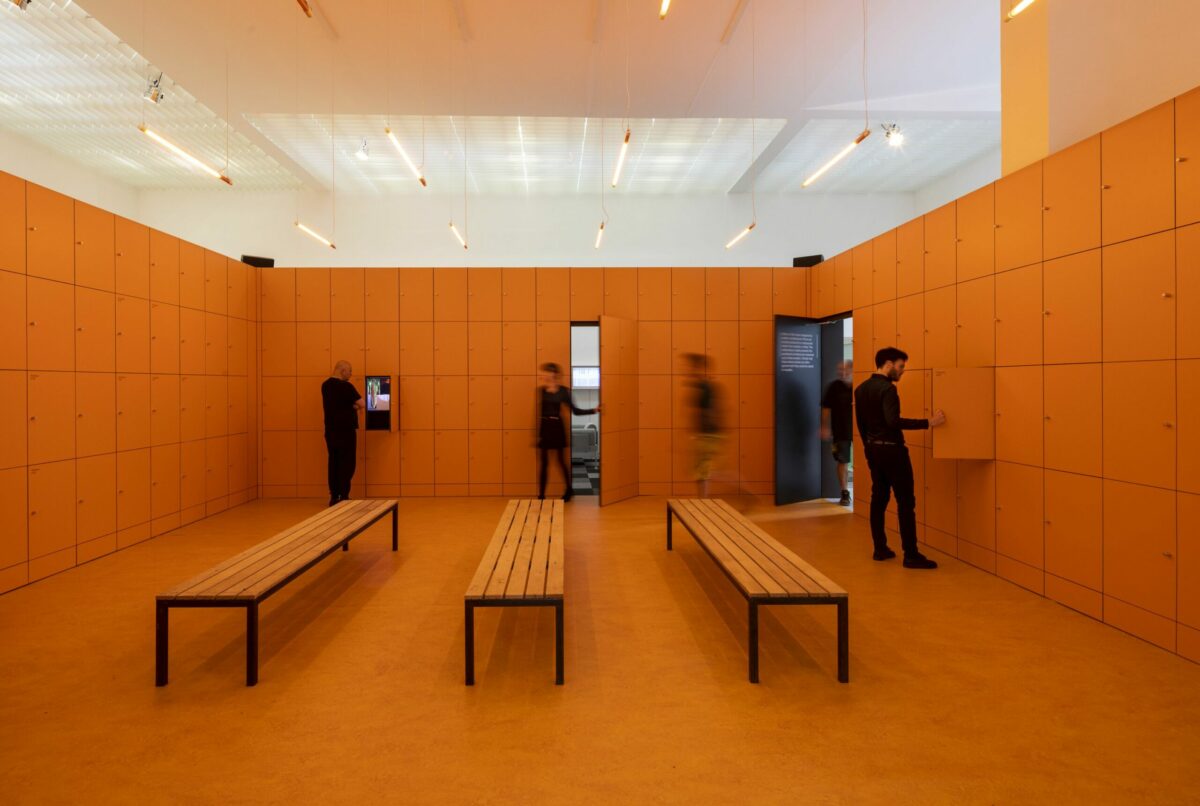 Work! A curator’s plea to the audience

As curator of the Dutch pavilion in Venice last year, Marina Otero had to confront the complexities of a biennial, the Venice one in particular. General theme, individual content, format, design, audiences, logistics, time-span, attention-span, it was all in the equation. Add to that the ambition to be relevant (more than an ad), and the puzzle is complete. How to survive the Biennale and still have fun?