Shelter is a Verb 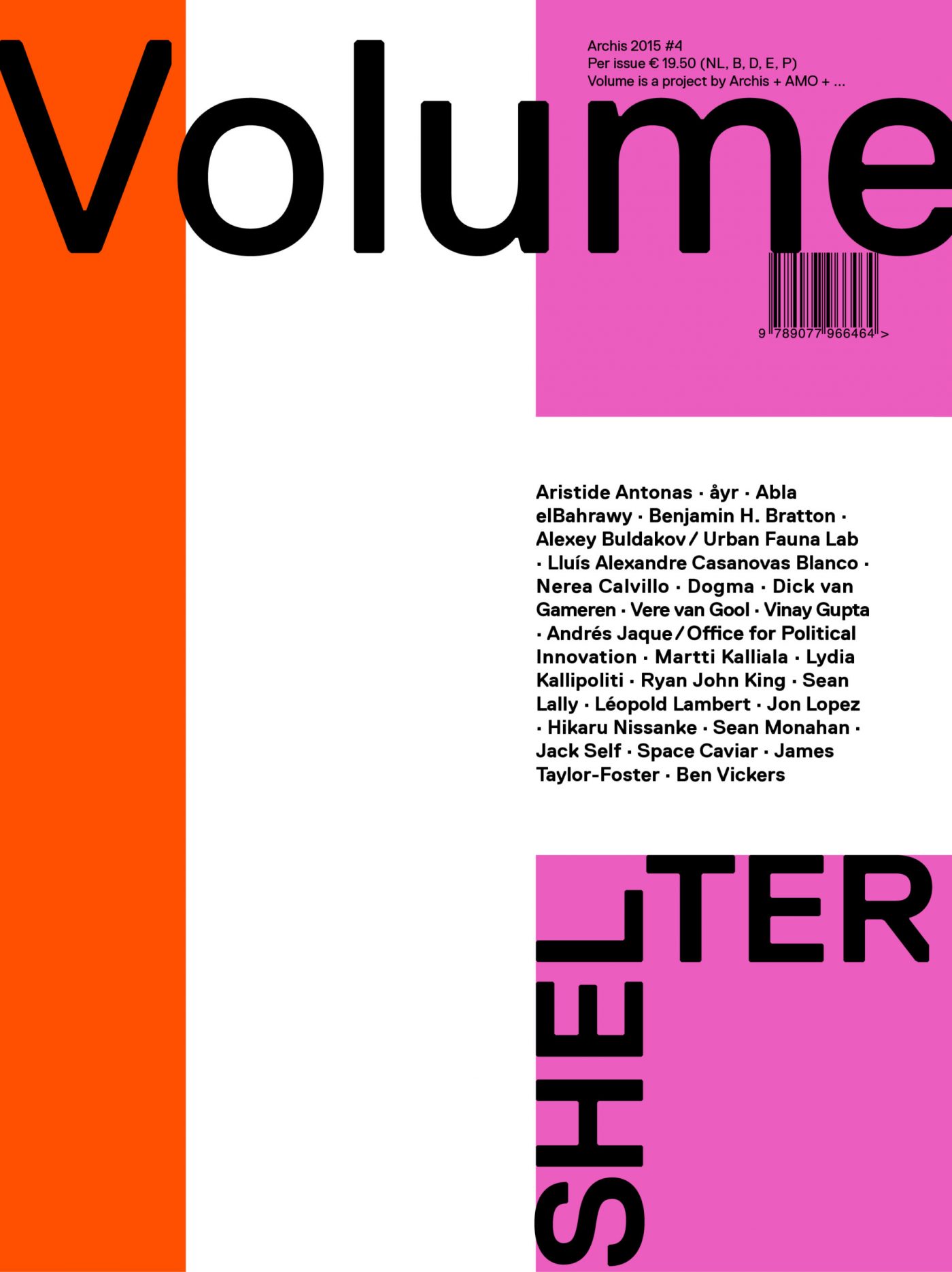 It’s still one of the world’s major concerns: shelter. Last year saw a sad record in the number of people seeking shelter: fleeing violence or hopeless poverty, looking for safety, stability and perspective. This year won’t be any better. And despite its complexities, public and political discussion reduced it to the all too simple question who will be sheltered, where, and who will provide for this.

The refugee discussion in Europe showed not only quite different attitudes per country, but also levels of engagement among architects. In some countries, the architect’s union initiated a competition for ideas about how to provide more shelter, for instance. In others, total passivity was demonstrated. “Not our problem, something the government should solve,” they seemed to say. Or: “we’re not doing tents; that’s not architecture.” The variety of responses illustrate many things, one of which being the profession’s complicated relation with shelter as such.

An architectural historian will tell that in the back of the architect’s mind looms this image of the primitive hut, the simple cabin. It both represents a mythical origin of architecture and an ideal: man’s ability to live a natural life, wherein basics are appreciated as richness. But that very image questions the involvement of the architect. It’s highly ambiguous, contradictory even, because do we need that expert when it comes to shelter? If it’s about basic protection, the answer is not all that evident.

Ever since the architect left the scene of crafts and making to become the engineer, intellectual and cultural artist it is today, the operative aspect of sheltering has become problematic. Instead of helping people to provide for their basic needs, the architect would define these needs for them, creating molds for a life that was most often different from the lives being lived and to be sheltered.

These remarks are not meant to blame the architect, but instead to indicate that the simple notion ‘shelter’ has all sorts of complex ramifications and that its relation to architecture is a highly contested one. Even more so if we ask ourselves what there is to shelter from. The obvious answer is our ‘climate’, be it heat, cold, or wetness. But if we think of shelter as an effect, then there is safety and privacy too, more psychological needs. Add to that contemporary notions such as transparency, radiation, pollution and connectivity and we have a complex cocktail of ingredients that indeed could use the help of an expert to work into satisfactory proposals and solutions.

Shelter is a universal human right, yet the classic notion of a place of one’s own is not self-evident; the fifty million-plus displaced people and refugees bare witness to this fact. But also for those that posses a personal space and place, the question ‘what protection does this provide’ is still a relevant and largely unanswered one. What do I want to protect and what do I need to protect from? And then, if this can be made clear, what is the most effective way to shelter that interest? Some evils are better addressed by radical transparency and visibility than by solid walls.

Shelter is both at the heart of architecture and challenging its assumptions and conventions. To reestablish architecture’s agency, starting with shelter might be a way. 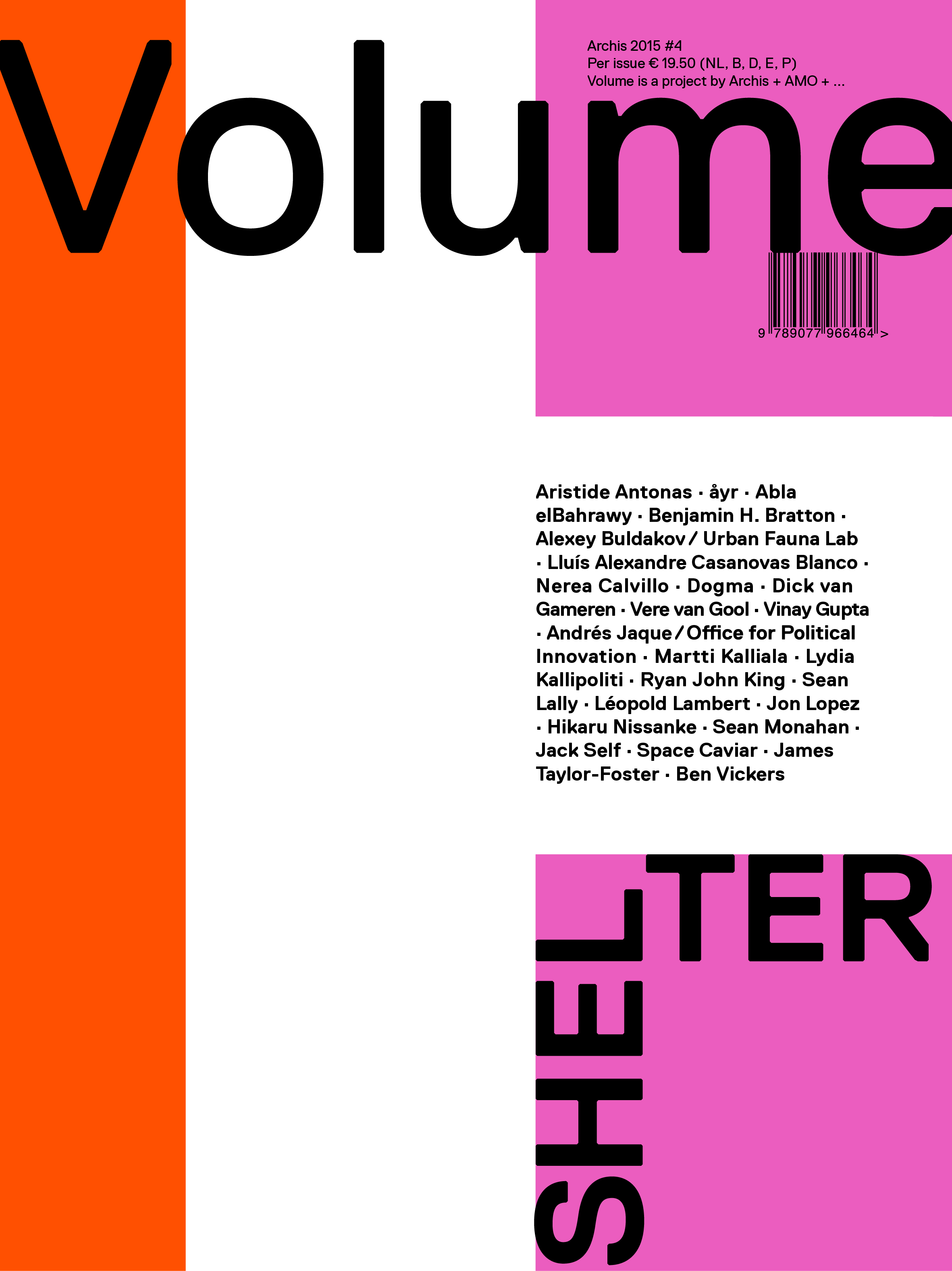 This article was published in Volume #46, ‘Shelter’.

This piece appears in Volume 46: Shelter.