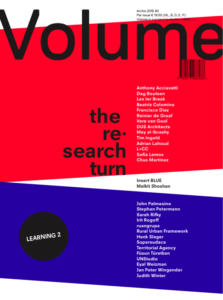 “Today it’s not so important what you know but rather how you think. Progress, in this sense, is predicated by critical reflection on ways of knowing and disciplinary traditions of thought. This issue of Volume – the second in our series on learning – is dedicated to mapping the contemporary field of research that is pushing processes of knowledge production forward in architecture, art and the social sciences.”

Volume #48: The Research Turn is comprised entirely of interviews and conersations. We wanted to learn from those who have been instrumental in shifting the boundaries and shaping today’s landscape of creative knowledge production. The issue also includes the catalogue for BLUE: Architecture of UN Peacekeeping Missions by Malkit Shoshan, the Dutch contribution to the 15th Venice Architecture Biennale.

Volume #48 will be launching at the Dutch Pavilion of the Venice Biennale on May 27th, 2016 at 10am with a breakfast roundtable discussion dedicated to topics dealt with in BLUE. The discussion will feature Malkit Shoshan (FAST, curator of BLUE), Kai Vöckler (Archis Interventions Berlin), Reinier de Graaf (OMA) and Ethel Baraona Pohl (DPR-Barcelona). 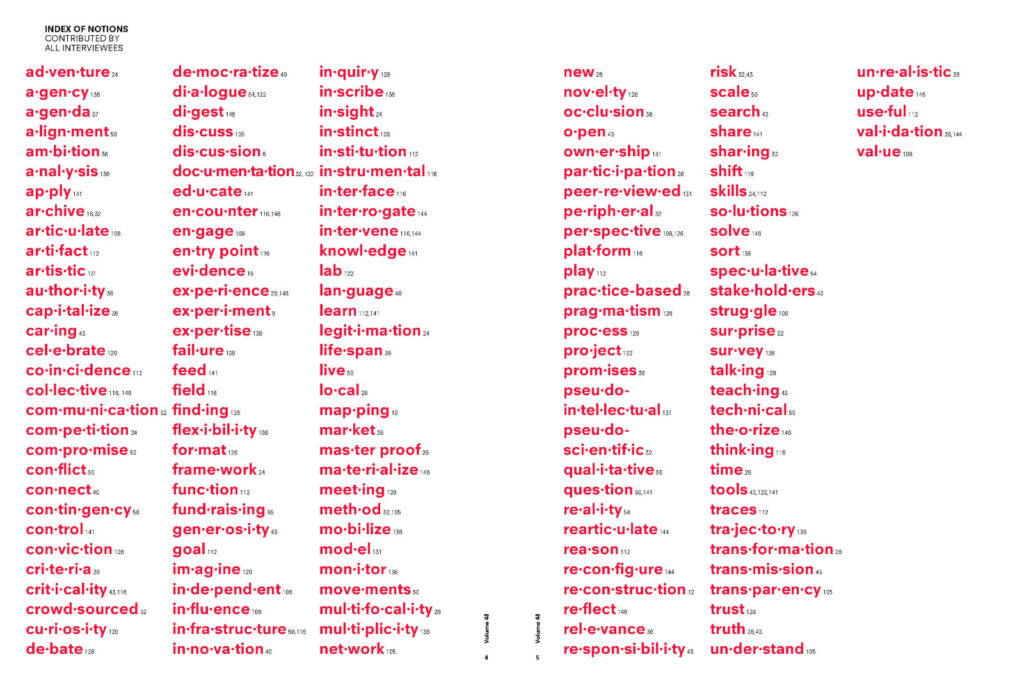 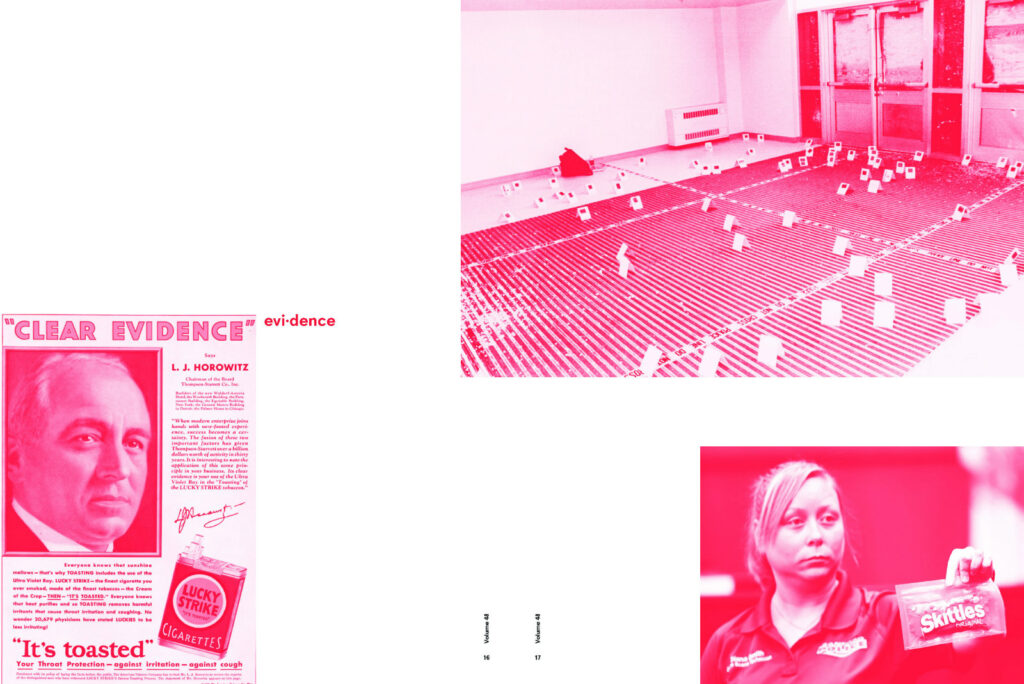 In 2012 alone, industries that produce or use intellectual property contributed over five times as much value to the United States economy – $5.06 trillion[1] – as did the construction industries.[2] In a strange sense, there is an enormous amount of investment being made into the future. Yet whose future, and of what kind? ‘Research and development’ has become the general economic category for processes of knowledge production. R&D has always been an imperative for market economies, yet the extent to which value is placed on knowledge today forces us to reconsider its social role and our relation to it. 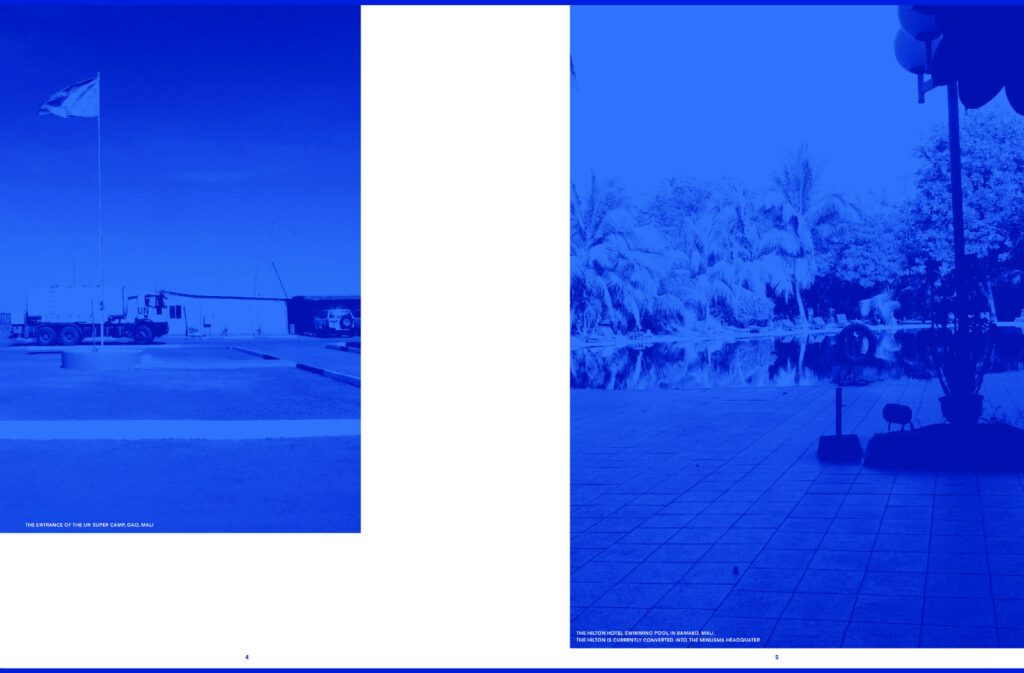 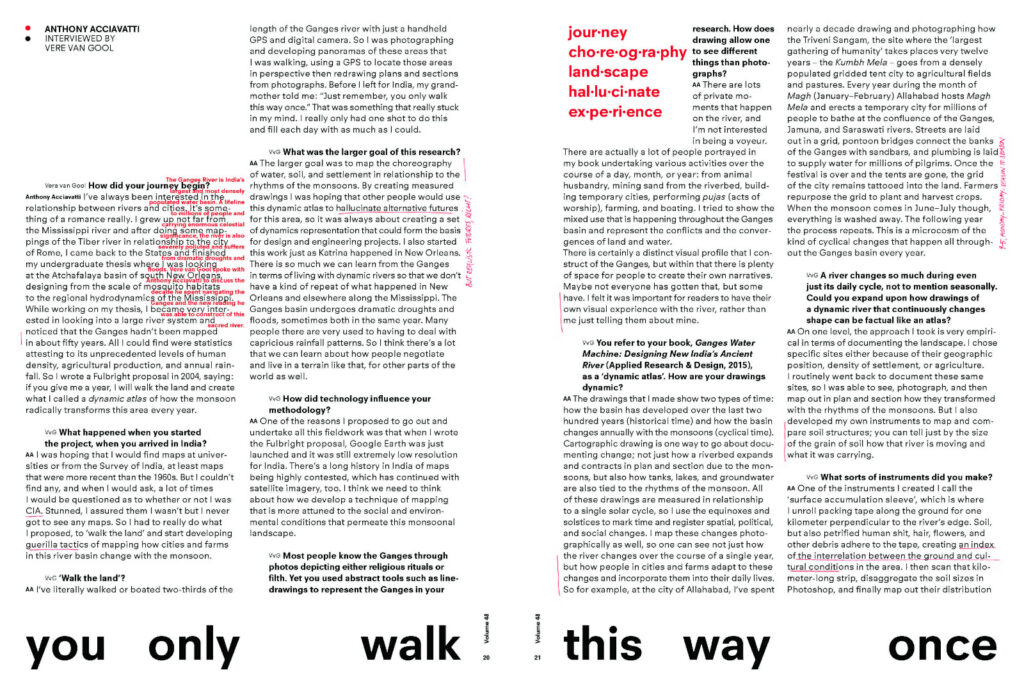 You Only Walk This Way Once
Anthony Acciavatti & Vere van Gool

For and Against Service
Stephan Petermann

The Archaeology of Research
Sarah Rifky & May al-Ibrashy

Provoked into Being
Eyal Weizman

In the Mood for Brick
Jan Peter Wingender