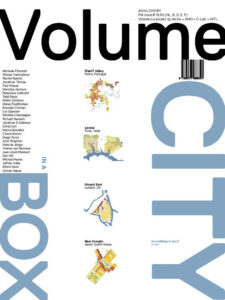 Volume presents the latest in New Town development: the city as enterprise. With the exponential growth of urban populations, thousands of new towns and city extensions will be needed in the near future. While governments are seemingly in retreat, the private sector has stepped in to fill the gap. Private-sector development is nothing new, but scale and ambition are on the rise. Single companies now vie to build entire cities, and package their services so that their product can be replicated elsewhere. To tackle this complexity – of building whole cities from scratch – new organizational models are being drafted, financial tools invented, and the dynamic between client, investor, developer, designer, builder, and end-user is fundamentally shifting.

This issue was made in close collaboration with the International New Town Institute.

Dutch documentary show Tegenlicht has made a series of videos about new towns that are closely linked to Volume #34. Click here to watch.