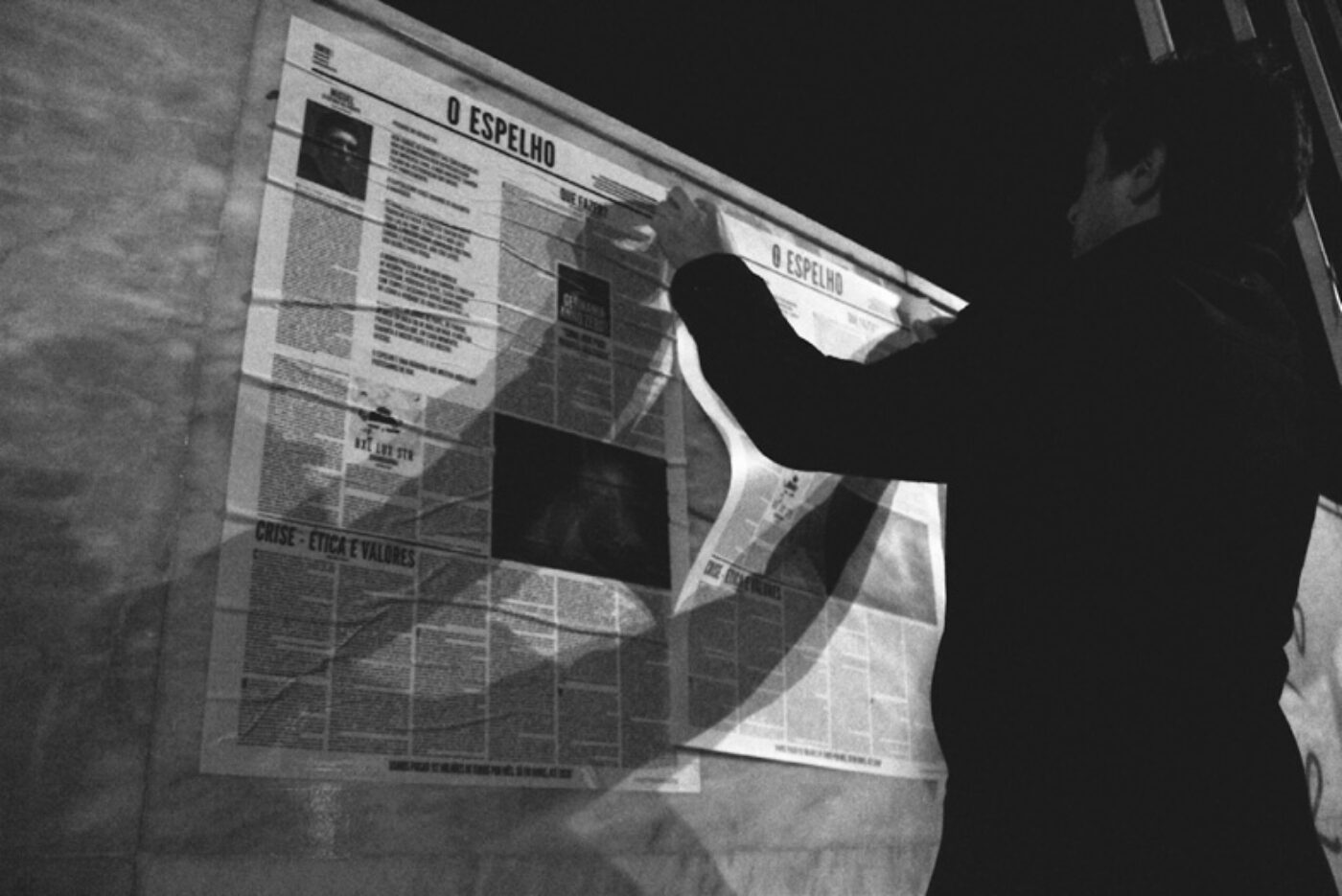 The Third Lisbon Architecture Triennale begins this September in the context of a crisis-filled and uncertain country. In response to this, a concurrent program of innovative small grants projects made a call for proposals last December. The aptly titled “Crisis Buster Grant” for architects has stimulated a wide variety of opportunities for civic engagement, unsolicited urban interventions, and bottom up solutions to crisis in the city of Lisbon.

We are excited to share with you the ten recipients of the Crisis Buster grant. The response was impressive, and Crisis Buster welcomed 152 submissions from as many as 19 countries. The grant-winners come from all over Europe, and their projects demonstrate a wide variety of actions in direct response to the catastrophic social impacts of recession and the cultural and civic deficit created in Europe.

A brief overview of the winning projects demonstrates a sea-change in architectural approaches to political and economic problems. The grant-winners represent small scale approaches to architectural problems in the city, emphasizing and to giving visibility to local projects. The recipients’ site specific installations will be launched in Lisbon in September through to December, in conjunction with the Third Lisbon Architecture Triennale. Congratulations to all the recipients.

1. Beautiful, Low Tech & Do-It-Yourself Solutions by Terrapalha, Portugal
Set in a public garden in Lisbon, the project is an open laboratory that will carry out practical workshops, discussions and presentations on natural building and alternative energy solutions. The central themes of the project are to empower and inspire people in practical workshops, equipping them to stimulate change in their greater communities.

2. South Entrance – Bairro Alto da Cova da Moura by Associação Cultural O Moinho da Juventude, Portugal
South Entrance is meant to regenerate Cova da Moura, a run-down, low-income neighbourhood in Lisbon. The South Entrance to the area, a crossroads of functions and facilities such as a sports pavilion, a local nursery and plots of cultivated land, is neglected for the most part. Working in close collaboration with the neighbourhood locals, the South Entrance project will regenerate the entrance point and return it to the community as a functional public space for informal gatherings and planned activities.

3. Genius Loci by The Gargantua Collective, Portugal
Restaurants play a central role in urban Portuguese social life. Genius Loci will suggest a number of “restaurant trails” in the environs of the Triennale’s main venues, using the event’s guidebook as a venue for detailing and mapping the culinary journeys. Eating at one of these traditional establishments will be proposed to visitors of the Triennale as a unique experience of Lisbon: an authentic culinary experience that is unique to the socio-spatial context of Lisbon. What the “eaters/explorers” don’t know is the restaurants they’re visiting are all going out of business due to the crisis. The Gargantuan Collective ensures that Triennale visitors enjoy local eateries, contributing to the local economy, while raising awareness to their tangible and intangible heritage.

4. The Object that wanted to keep being itself by normalearchitettura, Italy
This week-long workshop will facilitate collaboration between Lisbon artisans and students, focusing on simple techniques to extend the life of everyday objects in a variety of imaginative reuses. In response to the tight wallet disposition induced by the crisis, this initiative explores how we can make objects last longer, without losing its original function or effectiveness, transcending “planned obsolescence” of a throw-away culture.

5. Pátio Ambulante by frame collective, Portugal
Pátio Ambulante is an ambitious proposal for a patio-network in Lisbon. Lisbon’s patios are potent public spaces that facilitate the interaction between users, dwellers, passersby and local businesses. The network will be linked together by a repurposed fire truck equipped with a starter patio to promote the network. There will also be an exhibition on the typologies of patios Lisbon, swap market, and live performances of music. 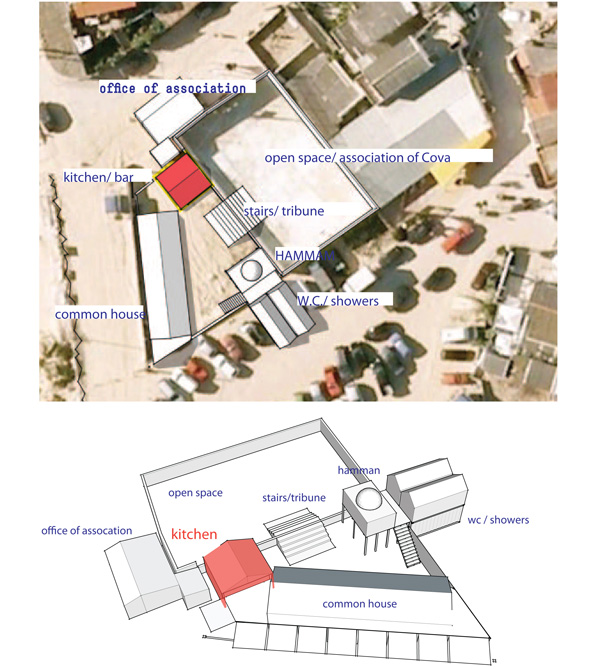 6. A Cozinha da Casa do Vapor by EXYZT Collective, France
To improve the quality of life by helping local businesses and promoting social cohesion, Cozinha da Casa do Vapor will see the construction of a sustainable, communal kitchen at a site developed by EXYZT Collective. The kitchen will make use of “surplus food”, that would have otherwise be thrown away. The space will invite locals and visitors for communal meals, and will also be used as a venue for workshops on cooking and the culture of food. 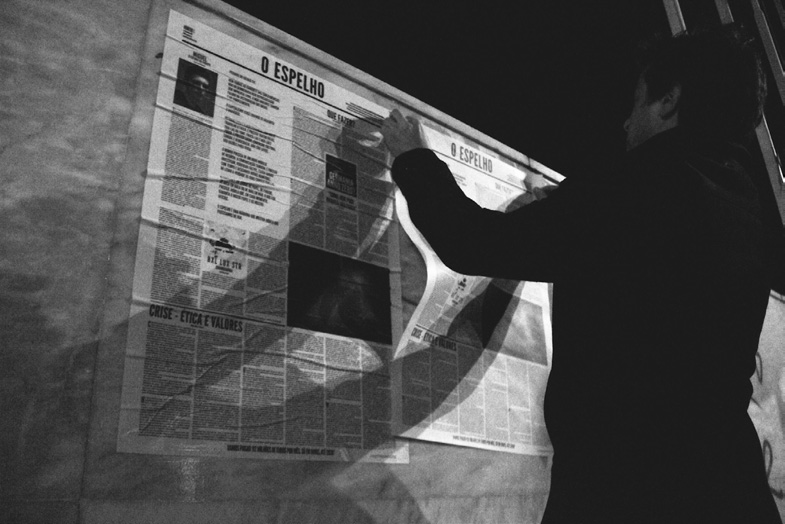 7. “O ESPELHO” Newspaper by O Espelho, Portugal
The O Espelho (The Mirror) Newspaper will involve the publication of two issues, which will be distributed traditionally as a broadsheet, but also will be pasted all over the walls of Lisbon during the Triennale, making its content radically accessible. O Espelho will become a bottom-up tool to inspire debate and critical thought in public space. Referencing the soap boxes of Hyde Park, the newspaper’s “old school” format will be able to engage with present issues with a novel approach. 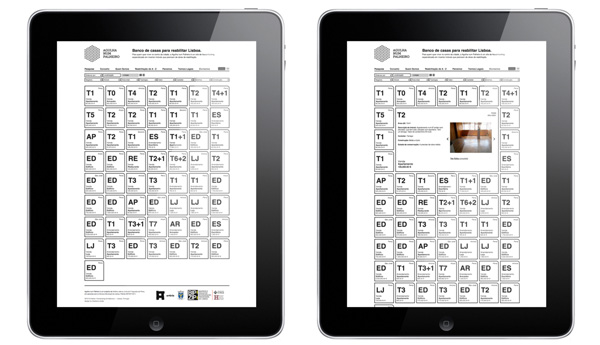 8. Agulha num Palheiro (Needle in a Haystack) by Artery, Portugal
Agulha num Palheiro is a widely accessible, online catalogue of the vacant houses and neglected buildings in Lisbon’s old quarters. The spaces will be systematically organized and categorized, facilitating easy navigation. The project intends on facilitating the identification, renting/buying and reuse of these spaces for potential users. An accompanying film exploring 3 vacant properties in Lisbon will engage visitors in discussion on the rehabilitation of Lisbon.

9. Mundo Mouraria by Baga Baga Studios
The project makes use of digital platforms to facilitate social business models and community building projects, such as a communal kitchen located in the multicultural neighbourhood of Mouraria. The digital component will archive and share the happenings and stories that result from the cooking and eating sessions, putting a hyper-local project into an international spotlight, especially within creative, civic-minded social networks. 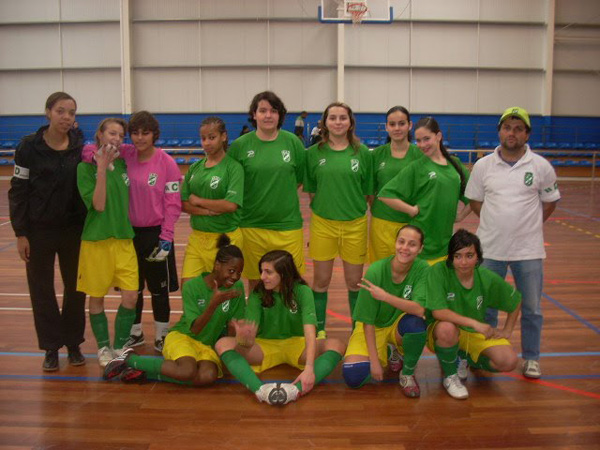 10. Juventude na Street by Inês Neto, Portugal
Juventude na Street aims to create a youth group for girls from a social housing project, aged 10 to 17 years old. Identifying that there is not much to occupy the neighbourhood youth’s time, the youth group will participate in activities that encourage cooperation, courage, problem-solving and social skills. The project will be based out of a neglected community room, and another aim will be to revitalize this space.

The Prefuture of Synthetic Biology