Cloud Urbanism: Towards a Redistribution of Spatial Value 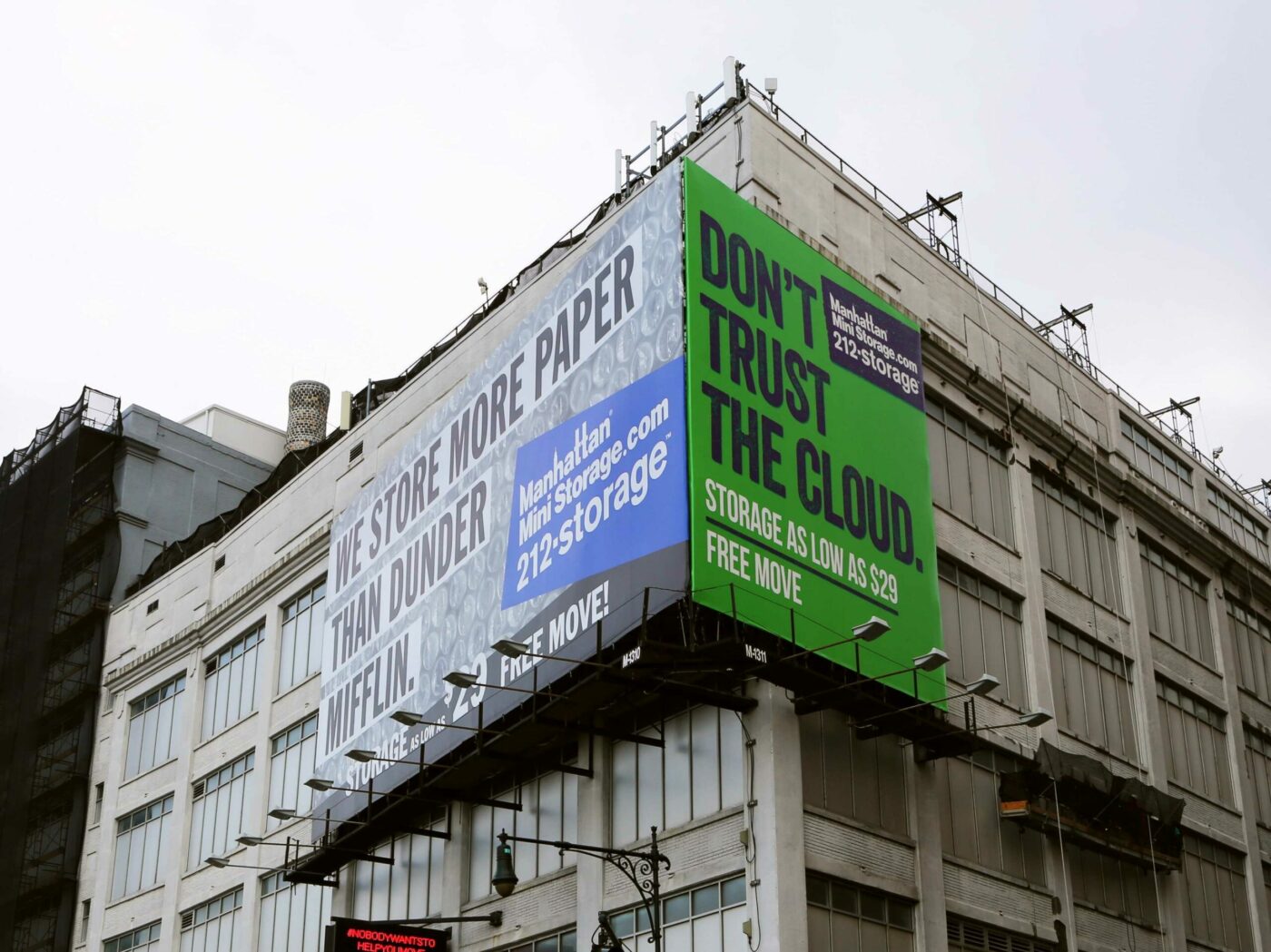 The following article is a web-exclusive complement to Volume #47: THE SYSTEM* published in anticipation of the issue’s release.

Two recent trends have recently emerged from the United States’ real estate market that pick up on societal transformations in the way architecture and the city is inhabited. If synchronized, they stand to alter the principles underriding contemporary logics of urban development. They do so by embodying an alternative system of values, framing its spatial articulation as a critical design project. The purpose of this short text is to present the two trends next to one another, evaluate the prospects of their synchronization, and speculate toward the future they potentiate in unison.

Contemporary logistics has rendered existenzminimum obsolete. Life no longer needs to be an existential question of having or not, but rather an option of having what you want when you want it, and to not when you don’t. This transformation does not encompass a shift from a private to collective property model, as one may imagine in moving from ownership to use and a sharing-based property model. Indeed, the providence of collective property can easily become a logistical nightmare (Who gets what? When? How? Why?), but the logistical providence of an individual’s private property need not be. This is the premise of MakeSpace, a company journalists have called “The Dropbox for Physical Storage.”[1] For a monthly storage and a regular delivery fee, MakeSpace picks up your stuff from you, takes it to a secure centralized storage facility “outside of the city,” and brings it back whenever you want.

MakeSpace is currently operational in New York City, Washington D.C. and Chicago; three metropolitan centers with local real estate markets pressed for prime locations. The service undermines the massive personal storage industry that has become a dreaded mainstay of dense capital cities.[2] In the traditional storage service industry ‘convenient’ location is key, due to the fact that the storage space needs to be accessible by those who use it. This not only raises overhead expenses in rent, but also adds a supplemental cost of personal time, labor and stress. By treating personal storage as an abstract service – as opposed to a concrete product – MakeSpace shifts the incentive for efficiency from the contract holder to the service provider. The potential for logistical optimization goes from requiring you to change your life to having things done differently (by ‘others’).

Despite the extent to which the 2008 financial crash hinged on real estate speculation, speculative and financial logics have since come to dominate urban development and real estate market patterns in metropolitan centers around the world. The micro-apartment offers what has become an increasingly exclusive urban commodity—a place of one’s own—by trading spatial quantity for market affordability. Carmel Place, New York City’s first building of this kind, opened earlier this year in Manhattan, just steps away from the almost-open Second Avenue Subway line and only a mile from Union Square. The alternative real estate model represented by Carmel Place reinvests part of the savings brought on by a collective decision to pay for less space into a prime real estate location.

While certainly not the first to do so,[3] micro-apartments prompt self-reflection about what is actually desired from our domestic urban environment and what is really needed for that. With a total unit size of around 300sqf, micro-apartments decidedly fall within the ‘studio’ typology. For those unconvinced about the quantity of space offered, photographs of the units are carefully crafted to include abundant arrangements of furniture, kitchen equipment, books, plants and the like. Almost always shot through a wide-angle lens, the apartments are made to appear to be either more spacious or more familiar than expected – or both. Over 60,000 people applied to live in the fourteen affordable- and below-market-rate units in Carmel Place.

Carmel Place is exemplary: its strategy of prime location (re)investment and the relatively ample presence of structurally affordable units (14/55) should not be seen as the norm. Indeed, as Susanne Schindler addresses in the most recent issue of the Harvard Design Magazine, which in a series of articles situates micro-apartments within a wider historical and architectural context, the policy initiative that brought Carmel Place about “failed to address the question of affordability.”[4] Regardless of whether micro apartments fall within the governmental subsidy housing category of ‘affordable’ or not though, Carmel Place demonstrates what Schindler notes is implicit: that “shrinking minimum dimensions will reduce the construction cost per unit, and hence its price; more broadly.” Her critique, which is itself implicit, is rather dystopian, although signs of its future are undeniably visible in contemporary real estate market patterns: that principles of economic equilibrium such as price and quantity or supply and demand have become absolutely detached from one another.

I would argue that by rearticulating an economic exchange, micro-apartments are the architecture of an inherently more affordable model of urban development. Whether their ‘affordability’ complies with governmental categories or is relative to the rest of the market is another question entirely. It is, however, plain to see that the affordability of micro-apartments are first and foremost relative, and only categorical only insofar as they are explicitly made so by the powers that be. Indeed, micro-apartments are affordable in as much as they are an exception to the norm, and so long as real estate value is at least in part determined by quantity, I neither see their affordability going anywhere nor do I view it as a model to be glossed over.

MakeSpace labels its various service options not just in terms of square and cubic feet, but also how that quantity of storage space translates into domestic architecture: ‘Hall Closet’, ‘Bedroom Closet’, ‘Walk-in Closet’, ‘Studio Apartment’, ‘1-Bedroom Apartment’, or more. Rhetorically speaking, MakeSpace provides either what we might fear micro-apartments don’t have, or conversely, what we would want regardless.

Micro-apartments are not for everyone. In fact, contractually so: one’s tenancy in Carmel Place is strictly dependent on the fact that the units are lived in alone. While this model has been criticized for its effects of social normalization and constraint of organic growth,[5] there is an increasing population[6] to whom a micro-apartment may very well present a desirable option not available in any other form on the market: a well located, relatively affordable bachelor(ette) pad.

As a pilot project, Carmel Place needed to seek legal exemption from a common type of building regulation that stipulates a minimum floor area for new apartments. With proofs of concept complete and market demand demonstrated, cities around the country (including New York) have already begun to consider altering their codes to facilitate more micro-apartments.[7] Let us consider the stakes of such a legal transformation by reflecting upon urban phenomena such as crowding and space-packing that have emerged within contemporary real estate market and in the blind spot of the law. In light of these, to what extent (and for how many people) is the pre-existent minimum floor area of 400 ft2 nothing more than an ideal? In this sense, I believe we should see micro-apartments a legal mechanism to distribute, through architecture and urbanism, standards of living (and potentially, if made so, to those that currently live below them).

Yet beyond this pragmatic horizon, micro-apartments posit an alternative law of value according to which cities should be developed. As a programmatic environment, the city can be read as a field of use. Storage spaces such as closets and attics are used much less frequently than domestic spaces such as the kitchen, bathroom or bedroom. MakeSpace relocates these less used spaces to lower-cost locations, “outside of the city,” and thus densifies “the city” with spaces of frequent use. Physical cloud storage services spatially concentrate a particular form of wealth – the wealth of activity. In conjunction with micro-apartments, the two could thus be seen as a single urban project, the project of a city in which use is the principal metric of value.

As a frame, use value can easily be expanded from domestic interiors to the urban real estate market as a whole. This is to say that claims should also be made against contemporary patterns of property ownership without occupation, whereby swathes of apartments do nothing but store assets in city centers, sitting empty while disfiguring local property values. Within a market dominated by exchange value use value is, in short, a critical project of spatial redistribution. Insofar as it can be enacted at the scale of the building and performed by architectural and urban means, micro-apartments and physical cloud storage should be understood as part of, and not substitute for, such progressive claims. Indeed, if the mega-apartments of the ultra-rich were redistributed, a process of spatial densification and architectural subdivision would almost certainly be undertaken.

The world is becoming increasingly urban, and it is doing so either by way of sprawl or densification. Urbanization is a question of design at the intersection of architectural form, urban planning and legal policy. As a typological entanglement of the three, micro-apartments and physical cloud storage services are ultimately a revolution in and for the project of densification. Logistics have emancipated costs traditionally associated with density—from the lack of space to its quality, diversity and equity—from the contingencies of history, and reframed them as problems whose solutions can only be articulated by design.