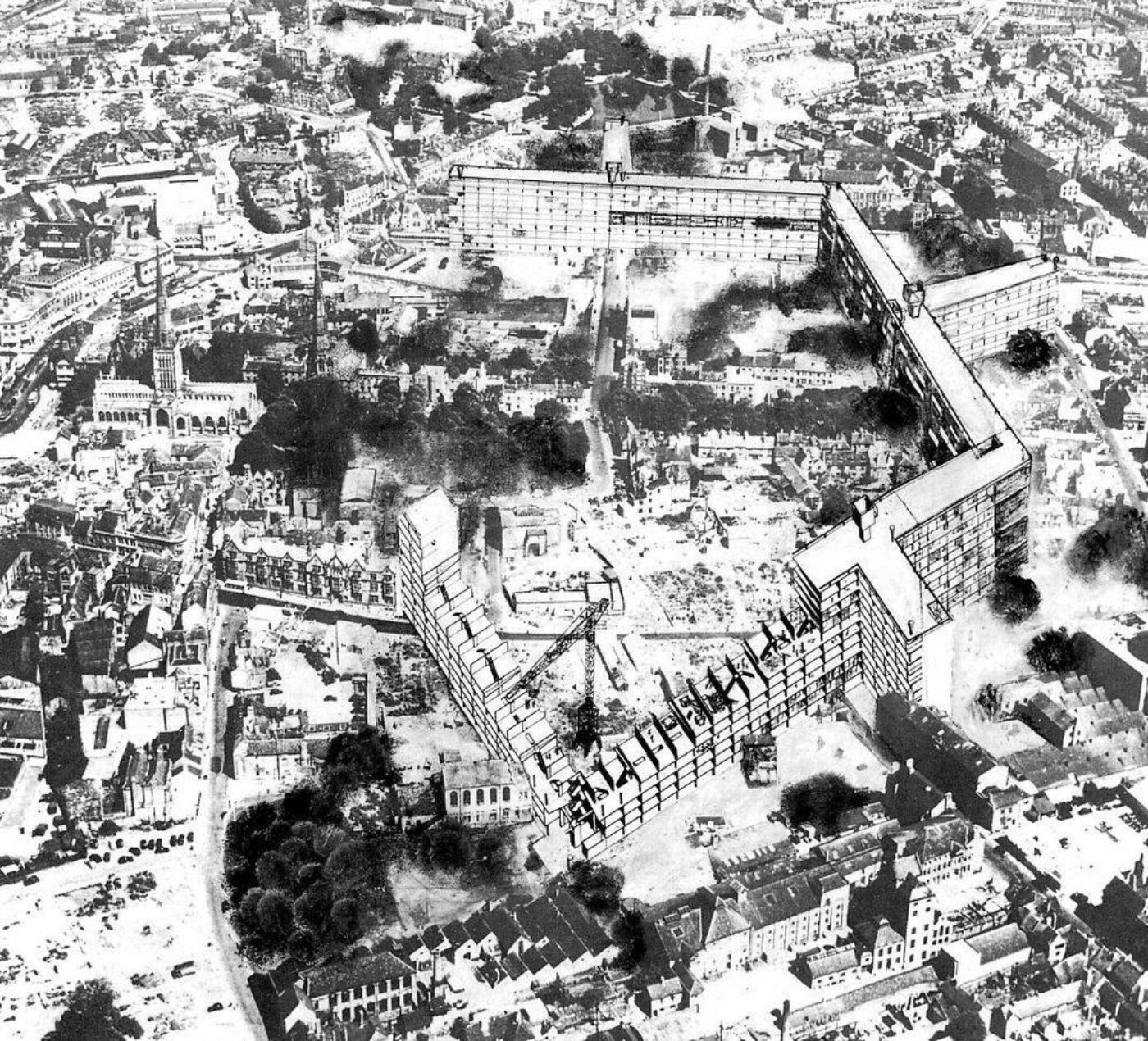 Between modern architecture and history exists and ultimately complicated relationship that goes far beyond the superficial contradictions of past and future, tradition and modernity. On Thursday September 5, Dirk van den Heuvel will further elaborate on this in a lecture at the New Institute (former Netherlands Architecture Institute) in Rotterdam. The event is part of the Institute’s summer program The Ruin.

References from Le Corbusier to the Acropolis are commonly known. It’s much less known that almost the entire post-war generation of modern architects implicitly and explicitly developed a new agenda in dialogue with the ruins of the Second World War — from Alison and Peter Smithson in the free West, from Oskar Hansen behind the Iron Curtain to Arata Isozaki in the Far East. Structuralism, Brutalism and Metabolism include a space-time concept that suggests a new, productive relationship between history, memory and imagination. In the post-war period ruins are not only memory machines — they also help to get out of our own time frame. Ruins are always utopian and allow for imagining another time. In the post-war period ruins helped to depict the future of a new egalitarian, open society: inclusive and comprehensive. The ruin is one of the memory models to ‘une architecture autre’, as Reyner Banham called it, in addition to the network and the archive, the spacing and the encounter, the Musée Imaginaire and Total Area.

Dirk van den Heuvel’s lecture is also reason for the presentation of ‘Open Structures. An Introductory Dossier on Dutch Structuralism ‘, a publication that’s a result of collaboration between The Berlage, the Department of Architecture of the Faculty of Architecture, TU Delft, Volume and the New Institute. The event takes place on Thursday September 5, 2013 at 7 PM. Spoken language will be English. Entrance fee is €7.50. Click here to register!