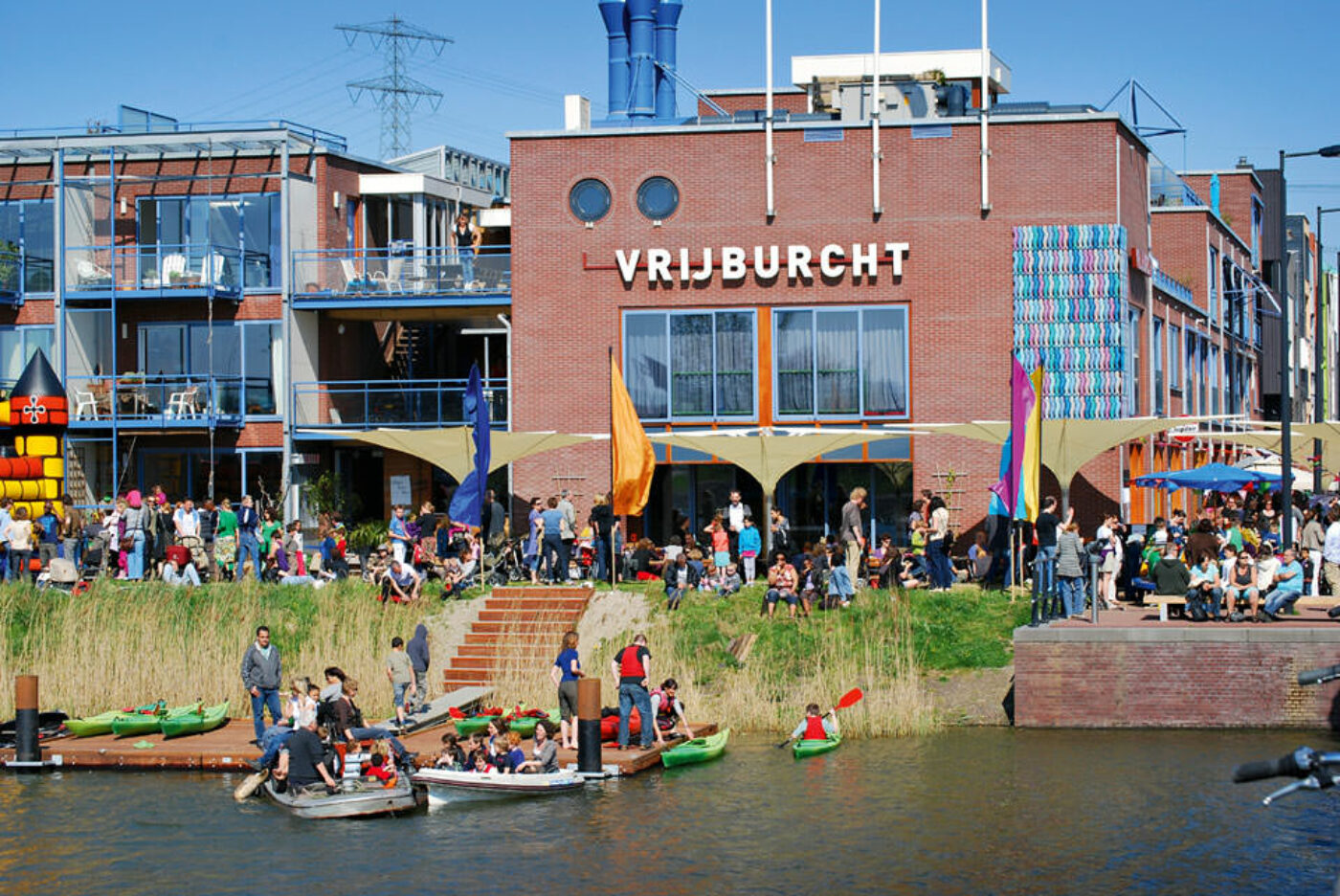 Volume’s upcoming issue addresses how people’s initiative creates the city, focusing on housing. Temporariness is one of the conditions that favors small-scale and bottom-up initiative. Martynas Mankus discusses some realities.

Current economic, social and cultural tendencies are raising awareness about the temporary use of urbanized spaces. Temporary uses refer to activities, exploiting vacant areas, empty buildings and structures in formal and informal ways. Their test-sites include all kinds of terrain vague: vacant buildings, post-industrial areas, and territories awaiting development. The main reasons triggering temporary use are suburbanization, economic transformation, the crisis of planning and shrinking urban services. Emerging critiques of contemporary planning emphasize the failure of large-scale and integral urban plans, the reduction of welfare programs and the decline of public space. Temporary use affords architects, planners, activists the opportunities to investigate unconventional solutions, experiment with functions, allow for quick and flexible responses and circumvent some bureaucratic planning procedures. Temporary uses and structures are currently getting a lot of attention, but can they still be considered as an alternative, unconventional and informal approach to development? Notwithstanding its virtues as being spontaneous – offering sometimes subversive incentives – they can also be perfectly aligned with neo-liberal policies of shifting risk to private individuals. 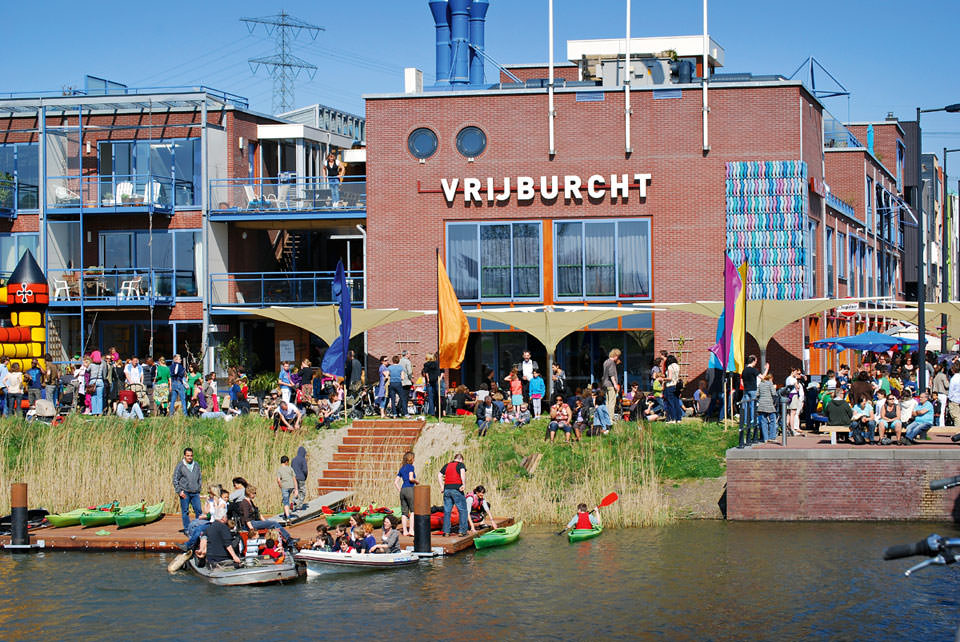 The notion of temporariness might not be central to the classical architecture discourse; on the contrary, it seems to be directly opposed to Vitruvian firmitas, which supports the famous triad of commodity, firmness and delight. Traditional examples of temporary use are usually associated with world expositions and structures like Crystal Palace in London by Joseph Paxton, Mies van der Rohe’s Barcelona Pavilion, the Eiffel Tower, and Frei Otto’s Expo Pavilion in Montreal. While Expo pavilions may be the best known examples of ‘short term’ architecture, new models of temporary strategies are emerging, driven by completely different reasons. The recent housing and financial crisis, aging, and the scarcity of resources have led to the ‘post-crisis city’ with ‘austerity urbanism’. Its side product is the proliferation of ‘flexible’, ‘portable’, ‘movable’, ‘pop-up’ architecture. While this might not be completely new, even more contemporary architects seem tempted to invest in all kinds of immediate developments. Temporary structures seem relevant in exploring alternative scenarios and reacting to instant challenges.

In the discourse of urban planning, permanency can be ambiguous term. Decisive, rigid and opaque urban plans have been heavily criticized since Jane Jacobs. The term ‘crisis of planning’ is now often used to define current planning tools, which not only fail to address and steer urban change but also lead to decay of social infrastructure, public space, civic identity. Temporary use, noted for cheaper, short-lived and small-scale developments, could present alternatives for filling the voids left over by failed policies.

In the long run, all architecture could be considered temporary, but conscious applications of temporary activities are described as having an expiry date and an interchangeable function. The first aspect refers to the interim period of use, when the previous use has stopped and the next one hasn’t yet started. The second aspect notes that a certain building’s use can be adaptive and vary from its original function. Even if temporariness clearly indicates the short-lived experimental nature of the development, successful temporary functions might as well be incorporated in the permanent plans.

The change in the socio-economic climate has seen new types of spatial practices emerging. Architects became activists, mediators, and entrepreneurs. Time-based interventions, setting scripts instead of plans, and the do-it-yourself attitude have become frequent keywords and the usual modes of practice. “After all, why wait 20 years to build a city? Why not start achieving your ambitions in a single day?” (ZUS architects). The New York Times quotes one activist, “We’re doing these things to combat the slowness of government”. Amateur architecture practice reconstitutes itself as a period of ‘before’ or ‘in between’ the full realization.

Traditionally, all temporary activities are based on creativity, excitement and require a lot of do-it-yourself mentality; however, this is not enough when coping with more complex urban challenges. Top-down practice usually means experience and expertise, while bottom-up is associated with the wasting of time and an amateurish approach. Still, it is a new way of practicing architecture or expanding its area of expertise. The post-industrial context of vacated offices and empty factories has opened up new possibilities, eagerly picked up by the younger generation of professionals. “In these vacant buildings and temporariness we’ve found a niche in which we can create things”, says Dutch architect Jan Konings.1 This also means exploring the planning process and a do-it-yourself, hands-on approach. “An amateur can be a true expert at ‘residing’, and a professional client may have no knowledge of architecture”. Examples like the German/Austrian model of Baugruppen – community led housing – demonstrates that citizens can determine the broader societal demands themselves. For architects, taking risks as instigators, developers, and even clients allows for being in charge of the broader development process.2

The absence of new real estate development turned many areas into testing grounds for different activities and new business models. A possible challenge to the DIY approach is the expiration of temporary use, and bottom-up initiatives running out of energy. In some instances, temporary structures are secretly wished to stay forever. Its organizers, builders, instigators have spent too much time, money and energy in the construction and maintenance of supposedly short-lived structures. But a better way to prolong temporary developments lies in acknowledging its status and the formalization of its framework. However, in case of failure, temporary incentives can easily move elsewhere or simply cease existing without much loss.

An important aspect of the temporary practice is the increasing role of citizens’ incentives. The possibility of intervening and improving (public) space has found lots of sympathizers. Their attempts are often loosely described by a notion of the ‘Civic Economy’ that bridges public and private sectors, as well as including the public at large. Temporary use presents itself as an alternative way of operating in the circles of sub-, counter- and alternative cultures.

In the last few years, several examples of bottom-up temporary developments by architects have been widely publicized. ZUS architects started a new cultural facility in Schieblock, a vacant office building in the center of Rotterdam. A loose group of London based architects called Assemble put up an improvised cinema, Cineroleum, in an unused petrol station. Another, similarly informal group, Practice Architects, arranged a pop-up bar, Frank’s Café, on the deck of a 10-floor garage in London. The temporary model can be considered a test-bed for contemporary architects, involving start-up community businesses and creative entrepreneurs.

Usually seen as an outcome of dynamic bottom-up, ‘actor-driven’ practices filtering through the layers of the powers-that-be, temporary strategy could also be used the other way around. Currently, municipalities consider it as a viable tool of development, applying it instead of – or together with – the paternalistic top-down model. Vacant buildings and post-industrial territories awaiting future development are the usual context for such initiatives. In one go, the post-crisis situation abandoned huge building complexes, signified a turn in the assessment of development, and acted as the catalyst for smaller and faster urban interventions.

Earlier public urban activism contained a political agenda usually acting off-the-grid and often opposing the existing spatial framework. A good example is the Vrijburcht project in Amsterdam IJburg from 2006, where the local community intervened in the planning procedure early on and set up their own café and theater. Now, in the post-crisis condition, we are witnessing the process of municipalities appropriating the temporary strategies, offering development frameworks for anyone willing to try. One example is the temporary office park De Ceuvel in Amsterdam North – an outcome of a municipal competition – shows that municipal bodies are willing to initiate new (temporary) developments, and, what is even more important, to share risk and face consequences. While the municipalities still want to retain a certain degree of control, even more initiatives are handed to the communities.

Temporary development seems to balance two differing standpoints of governing bodies. It can correspond with social awareness, provide possibilities of (temporary) jobs, activities, and accumulate social capital. At the same time, as municipal spending is being reduced by externalizing the functions municipalities fail to provide, it can also be associated with the neo-liberal view of the city, in which the municipality simply abandons the development of its own infrastructure.

Evaluating temporary use within economical frameworks can be challenging. The notion of added value indicates value created outside of (and in addition to) the existing function. But successful temporary use can contain social and cultural value in itself, which might be the driving force behind the project. In economic terms, temporary use can provide commercial value to a property using very little or no money. The concept of a value gap (or rent gap) can give some insight into where temporary uses are likely to take place. It indicates the difference between the potential of the property value and the rent price, and can result in any interim cultural, commercial or other development. In the long run, vacant properties as opportunities for experimentation potentially increase the value of the building, or even the whole area. At the same time, the experimental and cultural character of temporary use can bring in an additional socio-cultural value (value as a public space).

Since temporary use can bear more risk than permanent endeavors, its experimental value should be emphasized; it can be a ‘showroom’ for new economies in an educational sense. The socio-cultural value of temporary use can be summarized as enriching the infrastructure of the cities; strengthening the identity of the area under use; place-making; contributing to urban regeneration; engaging communities in planning processes and enhancing collaboration, and supporting local cultural industries, innovation and development of the ‘creative city’.

The Future of Temporariness

The strategies of temporary use are getting more and more aligned with municipal branding strategies, usually like those promoting the idea of the creative city. Added value and cultural capital provided by temporary use can contribute to the identity of the area (creating a neo-liberal ‘social mix’) while simultaneously triggering and/or accelerating the processes of gentrification. Hence, one of the possible outcomes of temporary use can render its own efforts useless, leading to the increased price of maintaining its own infrastructure. Still, the example of Tolhuistuin in Amsterdam shows that involving local communities as a permanent component of neighborhoods can be a relevant way of area development.

The adoption of temporary use as a viable strategy by the municipalities is a logical step, but also poses certain threats. While being traditionally rooted in the alternative, do-it-yourself, and bottom-up subculture, temporary use often fails to be institutionalized and loses its dynamism. Is it possible to maintain its freshness while converting to a more solid structure? Examples like the NDSM site in Amsterdam, where all stakeholders are involved in the planning, tend to affirm this idea. Following the consistent steps of setting the agenda, making up the management alliance and working with the municipality can be a consistent way of ‘formalizing the informal’.

Finally, are these temporary interventions really short-term, interim, stand-in developments produced while waiting for the good old welfare state to come back, or is this a makeshift condition that will last? Some of the projects are indeed meant for temporary use only, but others contain the hope for an extension of their existence. While the former contains only provisional short-term functions, the latter has all the infrastructure, programming, and scenarios – everything needed for a long-term presence. The answer lies in the economic, social and cultural value provided (best practice approach). If considered from the traditional top-down perspective, a do-it-yourself attitude and an emphasis on self-organization could signal the failure of sustainable growth in the cities. Otherwise it means a positive, bottom-up, community-led contribution to city making.

The Good Cause at DAC Copenhagen — Until 9 June