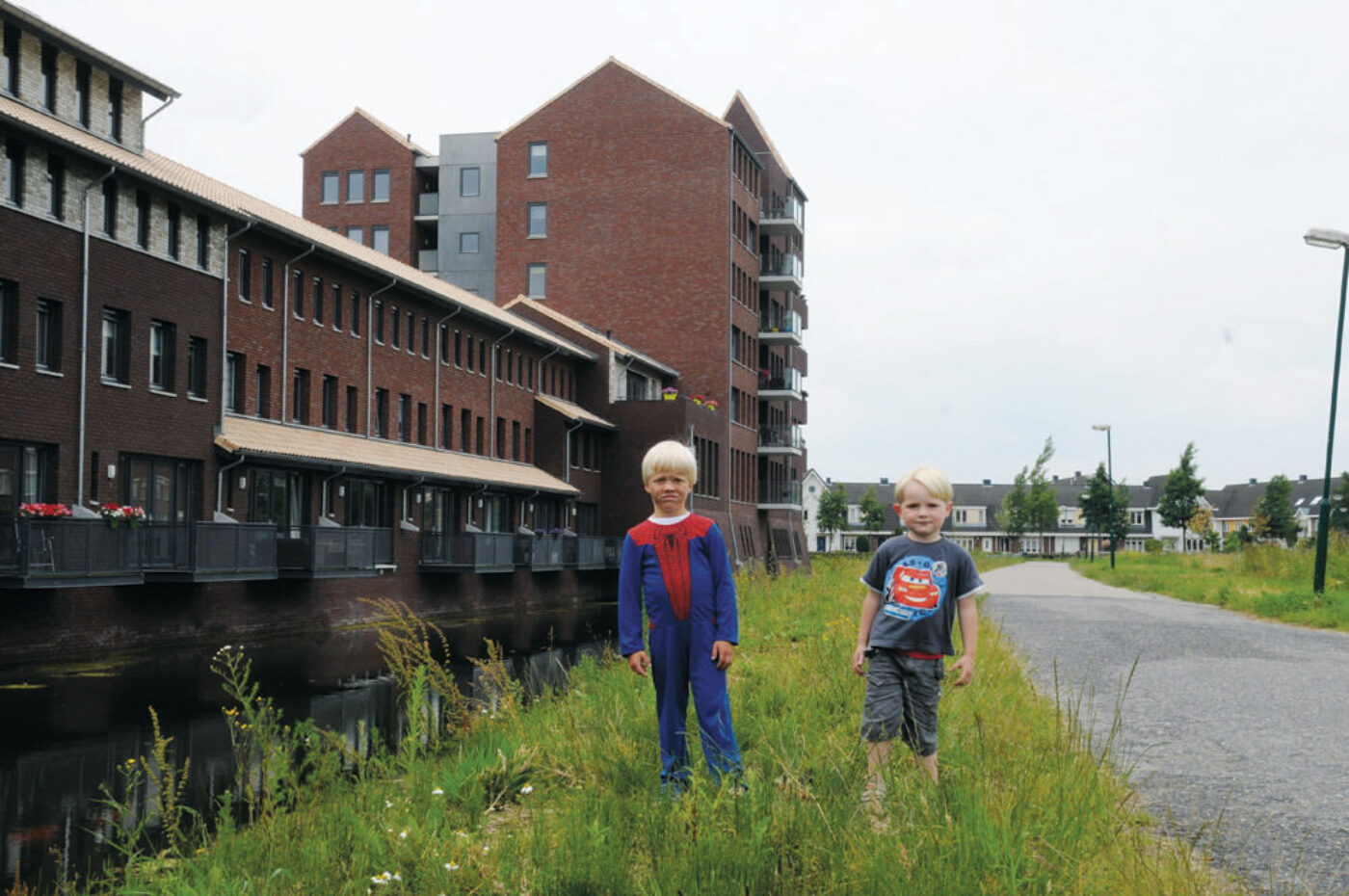 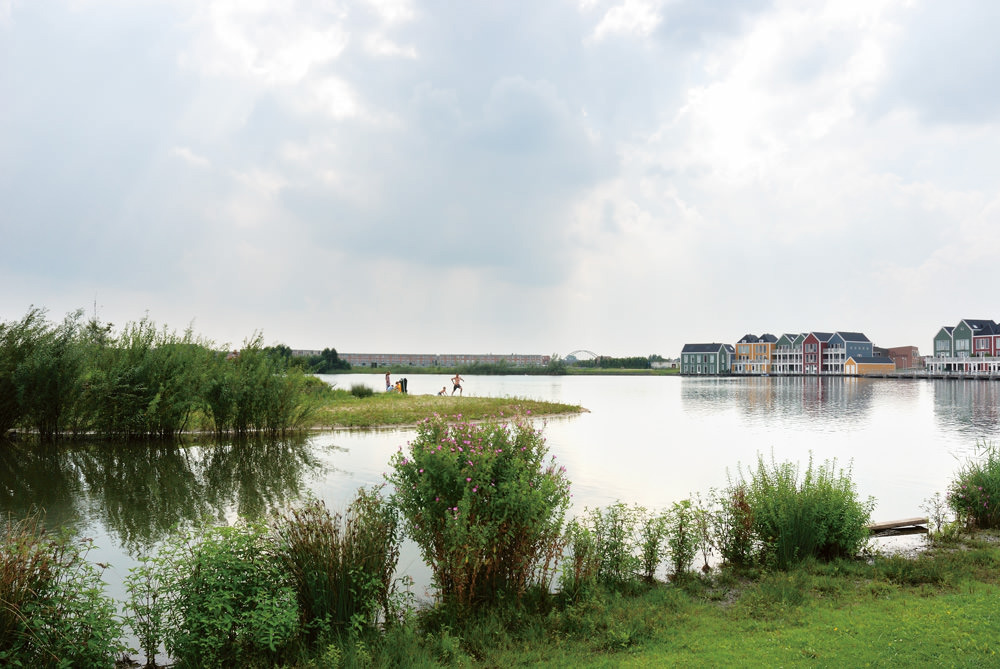 It is rare that people spend a whole day discussing their own happiness, but in Houten they did. Houten? Yes, Houten, a town of 50,000 inhabitants in the center of the Netherlands – a suburb of the city of Utrecht really, but a very successful one. During the seventies this agricultural village was planned to receive a serious portion of the additional housing needed at the time in the Netherlands and during the nineties another national housing expansion program transformed it into the town it is today. The most remarkable thing about Houten is that we don’t hear about it. It never hits the news with riots, political scandals, alarming unemployment figures, vacant office buildings, or cultural clashes. It is a quiet town. 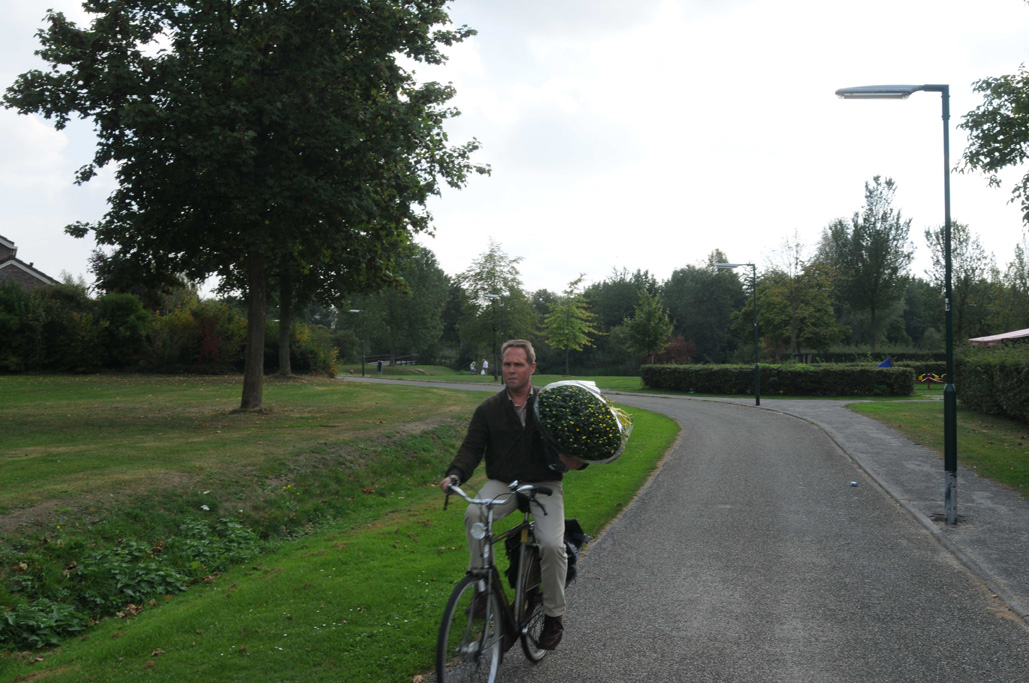 Can we ´blame´ urban design for this success? The municipal urban design team, responsible for Houten’s expansion and new center, certainly think so. In particular they applaud the way functions were mixed and the way different circulation networks were integrated, a view shared by local politicians, entrepreneurs, and citizens. The town is what New Urbanists would call pedestrian and bicycle friendly (predating New Urbanist practice by decades), relegating the car to the fringes of the neighborhoods. This way it becomes attractive to take the bike instead of the car: safe, pleasant and much quicker for local transportation. The green routes and pocket parks so important for the general character of the housing areas escape encroachment because they are so well-integrated and in direct connection with the housing. Green is not ‘general municipal green we don’t care for’, green is a quality and functional for those living next to it and using it on a daily basis. 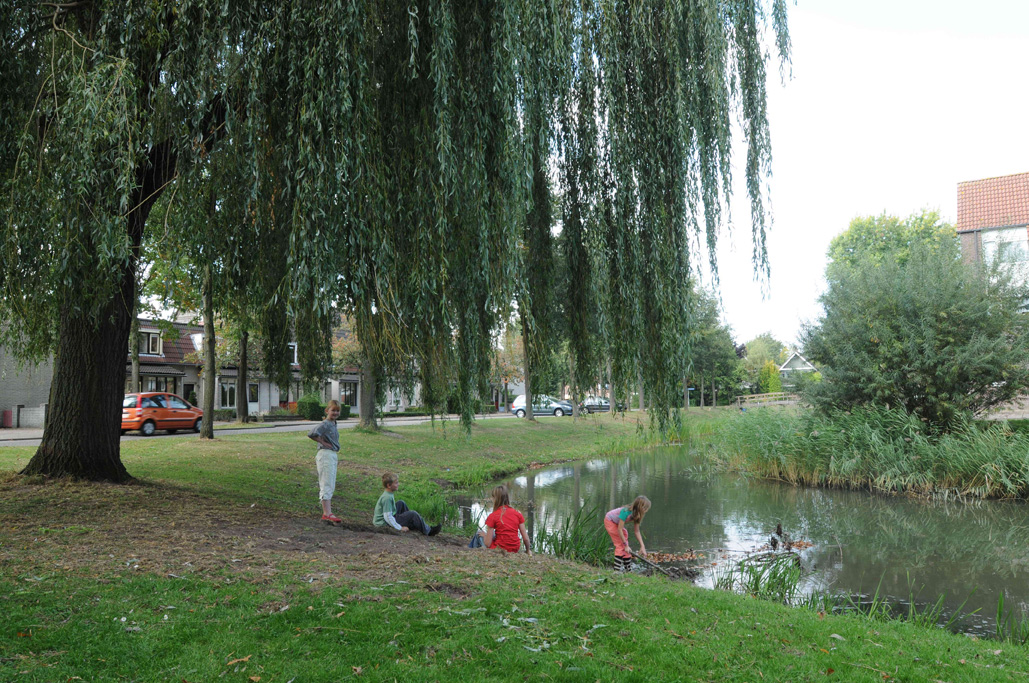 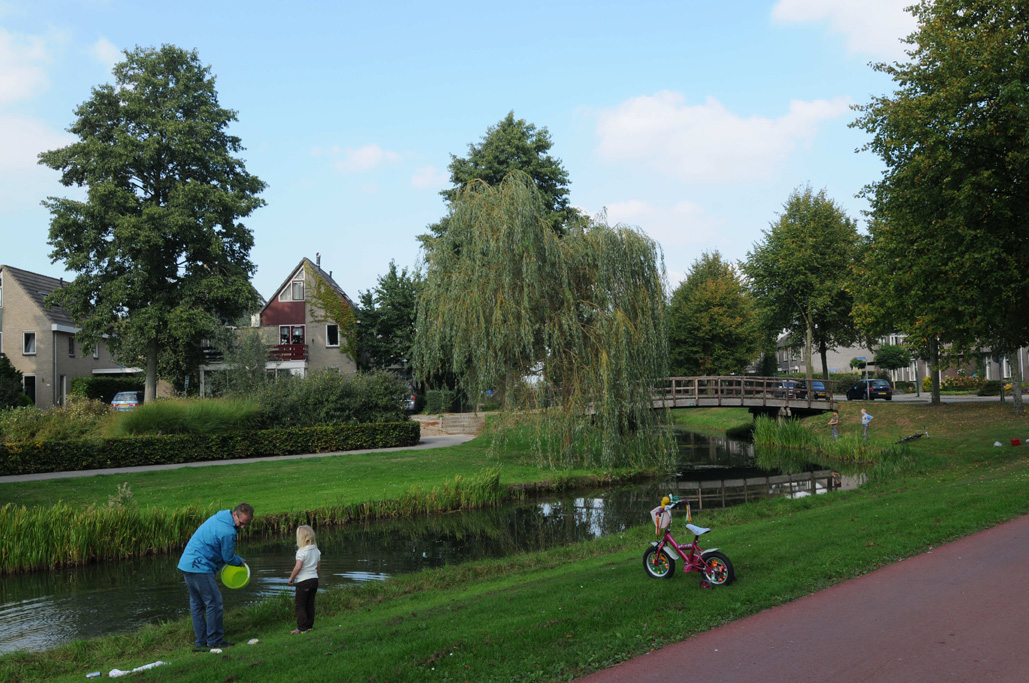 That sounds like a golden recipe for ideal middle-class family life, and maybe it is. But even the designers have to admit that there is more to Houten’s success than just their design expertise. For instance, the fact that most housing is owned and not rented (exceptional for the Netherlands at the time), creating a very homogeneous population. Or that unlike older towns, Houten didn’t have to cope with the transformation of a classic industrial society into a networked post-industrial one, with all the associated spatial and economic challenges, like brownfield conversion and high levels of unemployment. Or that multiculturalism isn’t an issue, because it hardly exists here. Or that people living in Houten are twenty to fifty kilometers from major cultural and shopping centers, next to major highways, directly connected by train – having everything at their fingertips. Everything? Well, vibrant urban life isn’t really what strikes you as a visitor, but social research has shown that Houten’s inhabitants are socially very active and that the number of clubs, club members, and club activities is among the highest in the country. 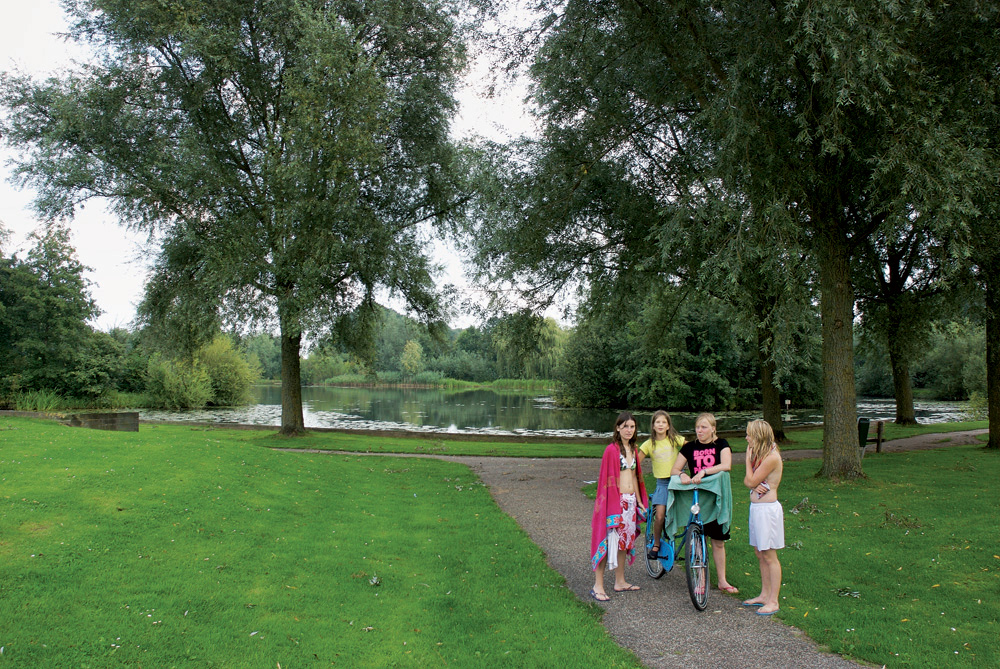 So, looking at the future, the question is not: What problems do we have to solve, what aspects to improve, what additional qualities to provide from a local perspective? It is far more about: How can we keep what we have? And that leads directly to the question: What should we change to stay as we are? Because Houten is what Houten really wants and that is what needs attention. Houten is an island of happiness and homogeneity in an ocean of dynamism and change. Old social-democrat rules of governing (top-down planning and social engineering) are being replaced with more neo-liberalism, less national guidance, and more local responsibility. The conditions that created Houten are no longer in place. So, can it survive the new conditions? Will Utrecht still be the main place of employment for the inhabitants of Houten in the coming decade? What is a desirable scenario if the national government becomes serious about its plans to designate municipalities to be a minimum of a hundred thousand inhabitants, forcing smaller ones to merge? Can urban design still take the lead in shaping Houten’s future, now that planning on a national level has almost ceased to exist? And what does Houten need today to be competitive tomorrow? 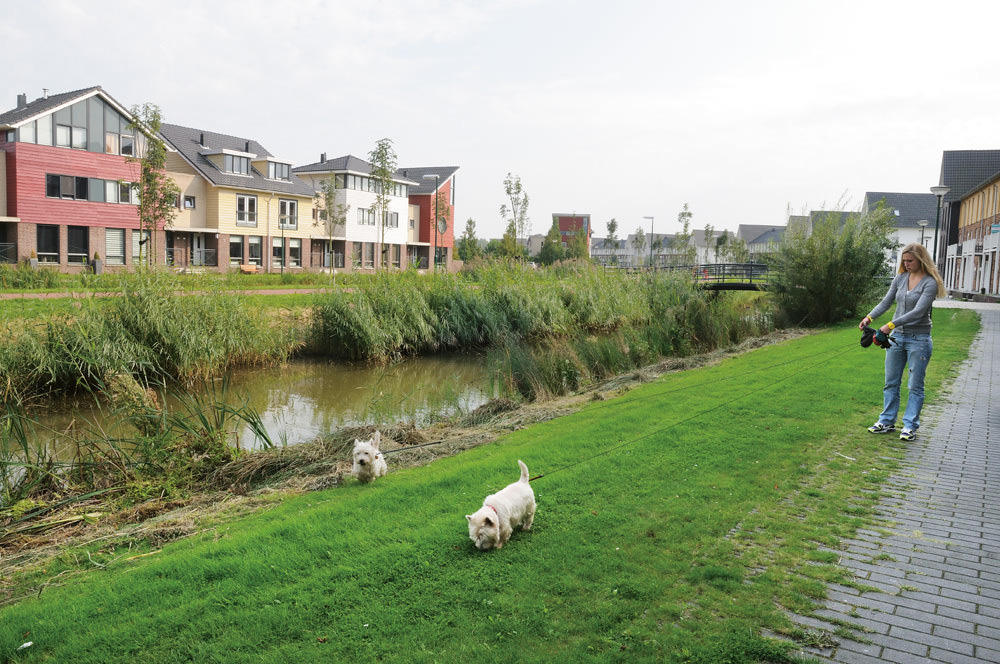 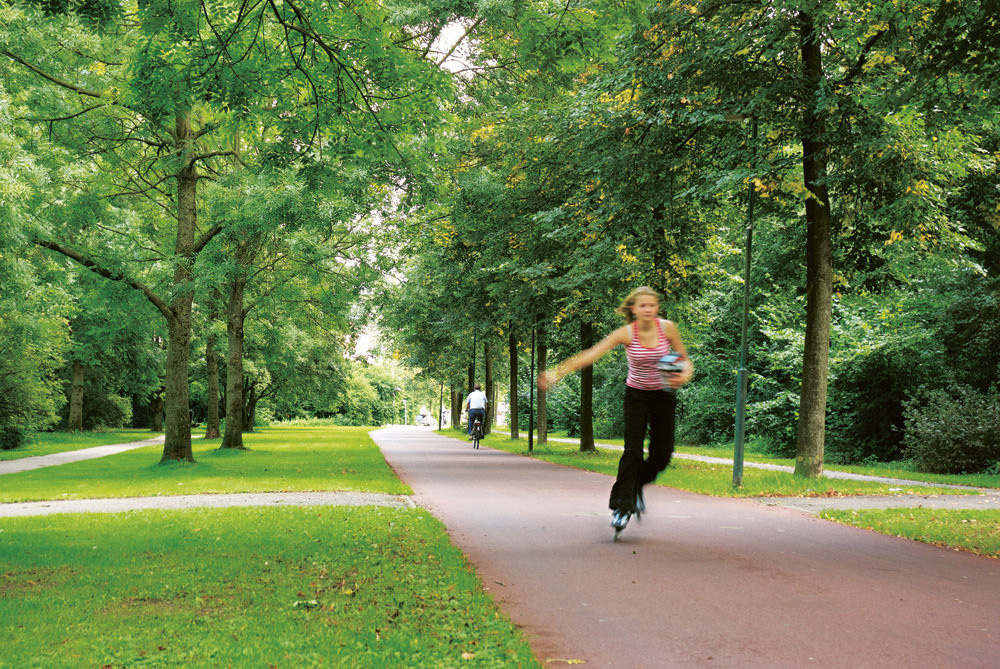 The day in Houten started with the assumption that planning and urban design had created a thing of beauty: not necessarily its looks on an architectural level, but the way it performs socially. Urbanism and urban design are in general either highly ideologically charged or technically focused. A certain approach, a recipe, a model is presented as the correct and unavoidable consequence of forces and programmatic requirements, or the latest truth in future-making. Funnily enough, Houten could be an example of both attitudes. It is the outcome of a political program in the hands of a skillful collective. What was stressed during the ‘happy in Houten’ days was that this all could be done because local politics had been ready to take risks and to take sides with the urban development team. 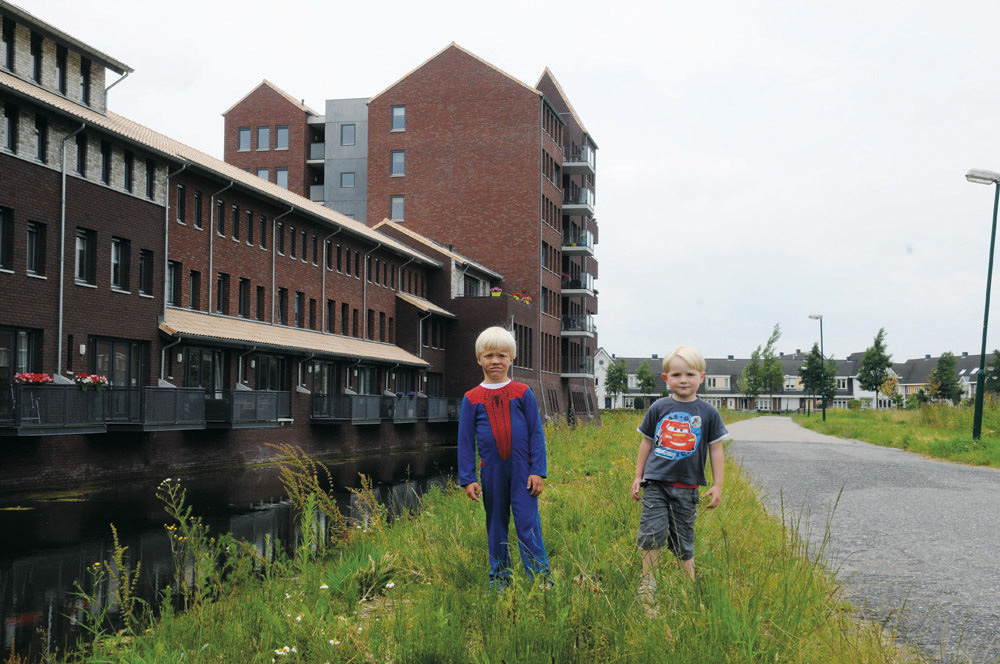 From Retrospect to Relevant