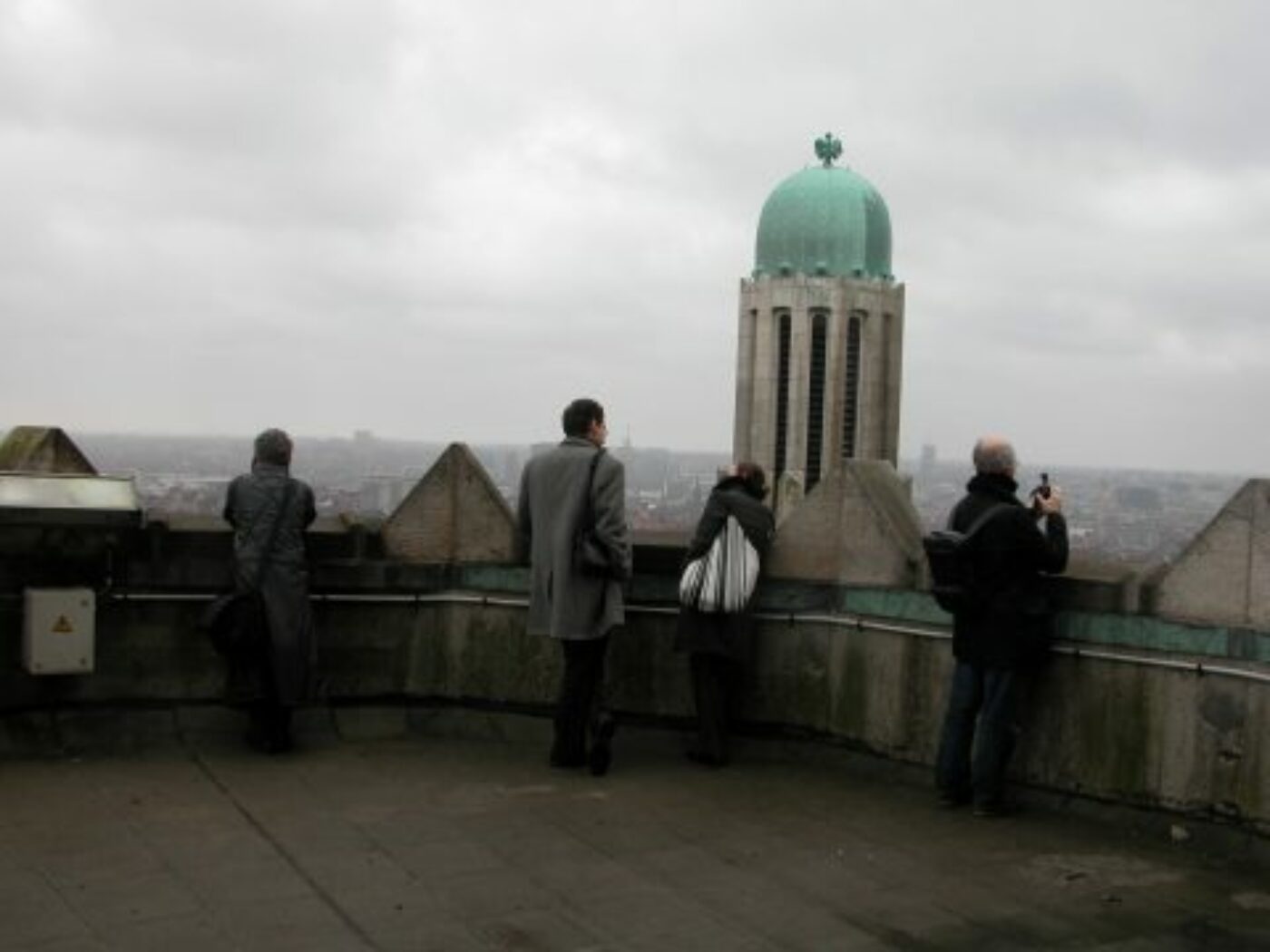 Her name was Maria. Beyond that, Rodrigo did not know what to call her. She had no prior history in architecture. Hiring her was mostly his father’s idea – part of his campaign to broaden the “myopic world view” for which their profession was typically arraigned. But for that no proper job title existed. They eventually settled on “Head of Strategic Relationships”.

RETA already had a Public Relations Officer, but Maria convinced them that strategic relations were altogether different from public relations: fewer in number, and more vital to the long-term interests of the practice. One didn’t simply maintain strategic relations, one cultivated them. Rodrigo wasn’t entirely sure what RETA’s strategic relations were, or if they had any. Her job title seemed mostly a form of wishful thinking, less an allusion to the work she would do for the firm than to the effect one hoped she might have on the firm.

Anyway, Maria didn’t work for anybody. She made that clear in her interview. Trying to integrate her into the company structure would be a waste of everyone’s time. Traditional notions of accountability would only get in the way of the, much needed, transformative impact of her presence. The measure of that transformation, she insisted, would set the level of her yearly bonus (already on top of a six-digit baseline salary). It was essential that she was a woman. More than mere gender, her sex represented a skill. A badly needed one. She represented the other half – the half notoriously under-represented in a profession led by the “male, pale, and stale”.

There was a world out there to be won. The ‘real world’, as she called it. And whenever she would call it that, Rodrigo and his colleagues would wince at the sudden knowledge of their own irrelevance. In the real world things were different. The real world was her world, not theirs. For now, it were best if they all shut up, and took note. And why not? Exposure to the real world could be good for business. Unlike the world of architecture, the real world was about facts, guided by processes immune to opinion and taste. Understanding these processes would allow RETA to engage with them, helping the firm take control of its destiny. From “surfers on the waves”, they would “evolve into a ship with a powerful engine”.

But something funny was up with the real world. The more Rodrigo engaged with it, the less “real” it seemed to become. As an architect he was used to seeing his efforts, however frivolous, translate into matter. In architecture there was always that moment of reckoning, when theory would inevitably have to give way to “the thing”, and the autonomous life it assumed after the work had been done. Such moments were not obtained in the real world. In the real world there was no “thing”. At best there were “things”. Intermixed, each pointing to another, so as to defy all established forms of evaluation.

Rodrigo got to meet other protagonists from the real world, with ever more abstract job titles: networkers, influencers, thought leaders, strategists, facilitators, mindfulness practitioners, inclusivity experts, empathy consultants, corporate evangelists, real world interpreters… Their resumes would boast widely differing backgrounds, and yet they all depended upon the same language. Bullet points projected on a screen was the closest they ever got to converting that language into writing. Rather they spoke – of “vision” and “strategy”, but only ever in terms of the need for them. Never what they might entail. There were no endings, happy or otherwise, in the real world, merely an infinitely prolonged suspense.

RETA regularly found itself hosting seminars by these people, sometimes multiple in the same week, from workshops to coaching sessions or so called “reality events”. Rodrigo learned that conventional wisdom was there merely to be challenged. As was loyalty to one’s profession. Success in the real world depended upon the extent one was able to operate in fields outside, and preferably at odds with, one’s stated competence. These days real estate agents were into place-making; accountants were experts on sustainability; oil companies were researching climate change; Philip Morris was big on women; Volkswagen were promoting environmental protection; McKinsey was helping to reinvent the Church of England…

Rodrigo would invariably leave the sessions feeling exasperated. What competencies, not already claimed by others, were left for the architect? He knew he needed to change course, do to others what was being done to him. He too, would have to travel; he too, would have to become a strategic relation. In a world where credibility was exclusively attributed to outsiders, it was the only way to get by.

It was this principle, Rodrigo realized, which truly accounted for mass migration in the 21st century. Not the multitudes washing up on European shores, but the business classes clogging the world’s international airports. Not those seeking refuge, but those shirking it. Those whose only inconvenience was limited battery life or low connectivity. “Professionals”, adrift in the global economy, away from home, desperate to convert ever more remote audiences to the truth of their excel sheets – missionaries carrying the new scripture.

Time nor effort were spared in attuning Rodrigo and his colleagues to the real world, but never once did RETA receive a bill. It was only by the end of the fiscal year that Rodrigo learned the true nature of this “generosity”. In the real world one didn’t bill, one expensed. Meals, travel, lodging, garments, trimmings, massages, entertainment, gifts… Before more meals, more travel, and more lodging. The people of the real world were perpetually on the move. They lived for their work. And their work paid their living.

It took Rodrigo about a year to complete his exploratory tour of the real world, only to discover that it was no different to the world he left. The argument which had initially convinced him to pay attention – both the first and the last argument rooted in verifiable statistics – proved false. When, thanks to the tireless efforts of their new hire, RETA finally made its acquaintance with the other half of humanity, the results were disappointing. In the end, strategic relations were suspiciously like normal relations. Male, pale, and stale.

Maria left the firm not long after. Pending negotiations of her first bonus, she decided to accept a job offer from her former employer. Architects had proved an un-transformable species. It was time for her to move on – time to return to the real world.