Steef Buijs’ training as an urban planner was back in the sixties, so world food problems were not part of his original ‘mindset’ as a planning professional. During his work however he encountered these problems increasingly often and achieved growing insight into how these relate to urban development all over the world. What follows is an account of these experiences, resulting in his present view on how ongoing urbanization might help solve the food crisis.

My first major encounter with global food problems was in the eighties while working on master plans for the Greater Jakarta Area and the Greater Surabaya Area. We had to accommodate growth in Jakarta from about 20 to 30 million inhabitants in slightly over ten years and in Surabaya the figures were from 6 to 12 million during the same time span. In both cases we were dealing with a doubling of the population. Given lower densities due to general income growth and with additional space required for economic functions, infrastructure, leisure, etc, the total amount of land occupied by these urban conglomerates would increase by somewhere between 200 and 300%.

At that time it was common wisdom that such rates of urban growth – which were by no means typical for Indonesia but occurred all over Asia, Africa and South and Central America – would spell disaster for our planet as well as for the millions (or rather billions) of people migrating to the cities. But shortly after my arrival in Jakarta a senior planner with the city administration explained to me that in fact the opposite would be the case. Vast rural migration was the only available sustainable solution. The real disaster was expected when all these people stopped migrating to the city. On the island of Java the increase of land-productivity for growing rice and other staples was reaching its limits. Further growth of the rural population could not be sustained by higher production, nor could the increasing demand from fast-growing urban populations be met. The worst that could (and did) happen was an extension of the amount of arable land by felling forests higher up the slopes of the mountain range that forms the ‘spine’ of the island. This led to large-scale destruction of habitats and biodiversity and caused extensive erosion, landslides and the flooding of low-lying, densely populated areas. Yearly flooding of large parts of Jakarta was largely due to this development. That was why my colleague – though not every environmentalist would agree – was convinced that the only sustainable solution was to accommodate and even stimulate the migration of surplus rural population to the cities. Of course this would further accelerate urban growth and hence urban food demand, widening the gap with the production capacity of the country side. In the case of Indonesia this might be compensated for by supplying rice and other staples from other, less densely populated parts of the country. It would otherwise have to be sourced on the world market and paid for by export revenues from industrial or service activities.

The second lesson I learned was that often the demand for new urban land was satisfied in a highly inefficient way, destroying much more agricultural production capacity than was necessary. In Surabaya for instance, small pockets of residential development were initiated all over the urban periphery, disrupting the irrigation system in a much wider area than was actually occupied. Sometimes up to ten times as much land went to waste as was directly used for urban expansion. So the gap between urban food demand and rural production capacity that resulted from urban population growth on the one hand and stagnating rural production capacity on the other hand widened even more and did so unnecessary quickly. Here the lesson was that we needed much stricter development control, resulting in more concentrated expansion patterns.

Assisted transition rather than compensation

The third lesson had to do with the farmers who had to surrender their land to urban expansion and who were usually compensated monetarily. In most cases the compensation was unfairly low and farmers could not use the money in a productive way. They spent the compensation on consumption and soon had no choice but to join the urban underclass with its precarious existence at the margins of the city economy. Here a solution might be to compensate farmers not in money, but in land elsewhere. Although this would necessarily be less land (say 50%) than their original holding due to the general ‘land hunger’ of the city, when combined with training and investment subsidies to make the transition to more productive/higher value added activities (e.g., fruit, vegetables, spices, dairy, eggs, livestock) it might still offer them a higher income while maintaining their status as independent producers. Moreover, retaining half the rural land within the expansion of the city in a checker board pattern would help give the city a more green and pleasant feel (especially for open field production of fruit, vegetables and spices for livestock is more difficult to integrate in the urban environment).

The role of a changing diet

Yet such a transition from staple food production to more intensive crops and livestock would not solve the problem of the widening gap between growing urban needs and diminishing rural production capacity for rice and other staples. Here, however, a general shift in eating patterns in the urban population may help. The urban population, especially the rapidly expanding middle class, works in less physically demanding occupations and needs less energy from their food intake. That means a considerable reduction of per capita rice consumption, while on the other hand higher incomes increase the demand for more tasty, healthy and luxurious foods such as dairy, meat, fruit and vegetables. In the end this shift in eating patterns will hopefully compensate for the decreasing capacity to produce staples while at the same time the integration of urban expansion and intensive metropolitan agriculture will hopefully fully meet the demand for more varied and more valuable alternatives.

This kind of transition in feeding and food production patterns forms the link to my recent spatial design activities with ‘agroparks’ in China and India. Using state of the art technology, the productive capacity of these agroparks is extremely high as compared to more traditional growing methods while at the same time they are entirely sustainable in terms of energy consumption, waste handling, water management, etc.

In the support they offer farmers agroparks combine the grassroots approach from the Indonesian case with a high-tech approach using ‘rural trans formation centers’ as linking pins. These centers establish a network across the countryside and are centered on an agropark. They help small farmers improve their productivity, profitability and quality/safety while also acting as a collection center for produce (fulfilling high standards as required by middle class consumers in urban markets) to be processed in agroparks and distributed to urban markets. They could also offer collective facilities (cold storage, conditioned transportation, access to cheap loans, training, etc.) and serve as a community center (education, health care, special programs for women, etc.).

In the end we will see a global distinction of just two basic types of agriculture. On one hand we will have the production of staples on large scale farms in sparsely populated areas, sometimes still within reach of urban concentrations but increasingly far away (such as in Australia, the US, the Ukraine, Brazil, etc). The faster the urban population grows and hence the faster the transition from traditional to modern eating patterns, the more opportunities will arise in these areas to shift to alternative crops such as animal fodder, bio-energy production, fibers and other industrial raw materials. So long as these transition processes are mutually balanced they need not result in a continuing rise in the prices of staples. This might be overly optimistic, but in the long run staple food production and the production of animal fodder, energy crops and industrial raw materials may peacefully co-exist within the same space without land scarcity-driven encroachment on natural reserves.

On the other hand we will see highly specialized and highly productive agriculture within urban networks: ‘metropolitan agriculture’. This kind of agriculture will no longer be a typical feature of the countryside, outside the city and separated from the urban area, but will be fully integrated in the urban fabric. A truly sustain able city/metropolis/metropolitan network absorbs the lion’s share of the agricultural production needed to feed its inhabitants. Characteristic of this kind of metropolitan agriculture will be a combination of high quality products at a relatively low price (with maximum responsiveness to changes in demand patterns), fair incomes for primary producers, considerable additional employment and earning opportunities for intermediate industries and services, and full sustainability over the whole chain from production to consumption.

There is one very fundamental condition, however, that must be met in order to make this utopian picture come true: sufficient income growth for the urban population as a result of the rapid development of industrial and service economies, including a fair distribution of the gains of such development over the entire working force. 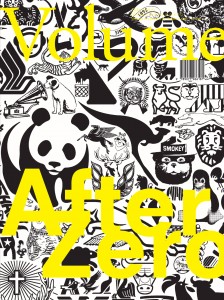