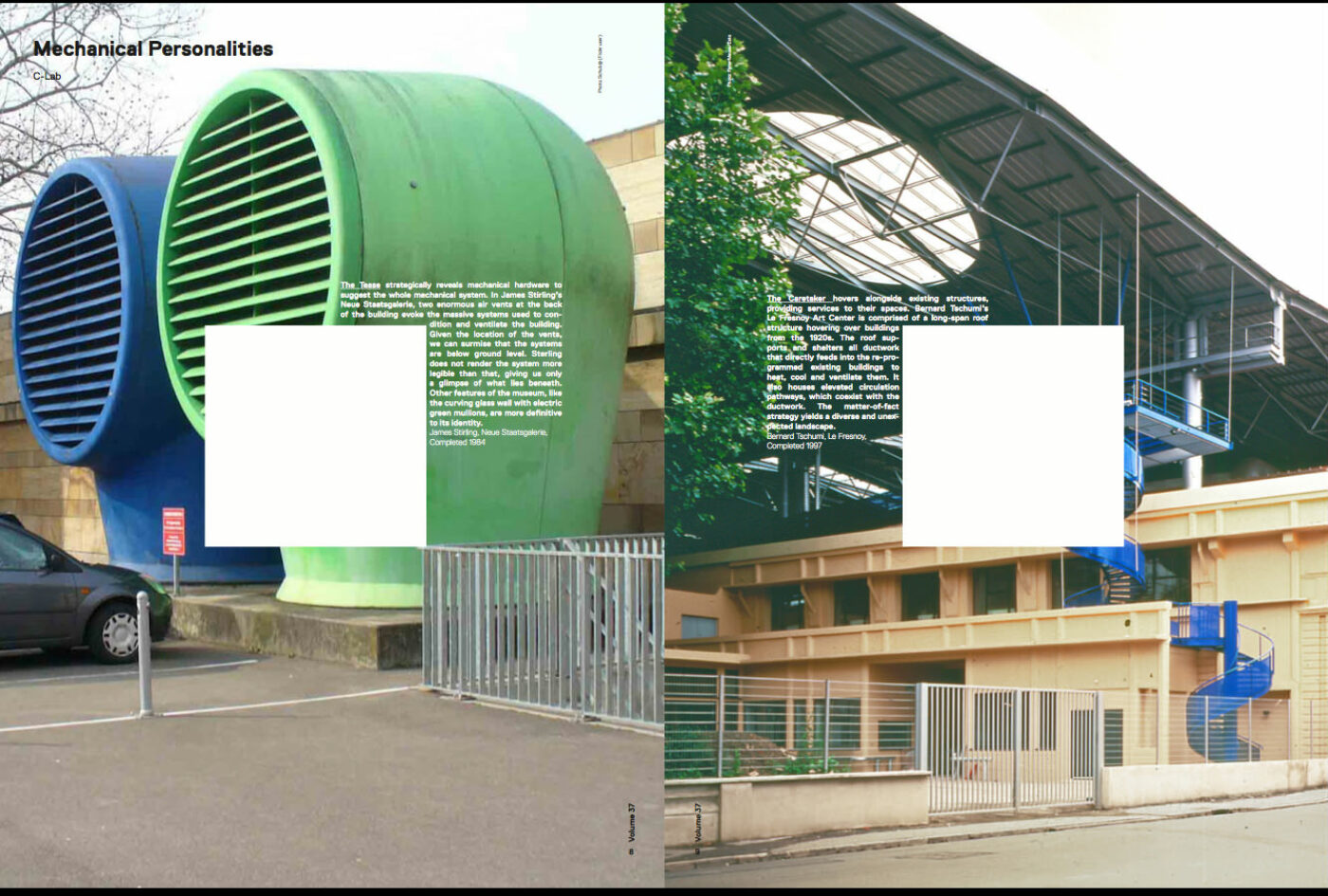 The November storms in Amsterdam were no fun, but at least they produced enough wood to print our next issue. In two weeks Volume 37 will be released, dedicated to mechanical systems, but today we can already give you a sneak preview. 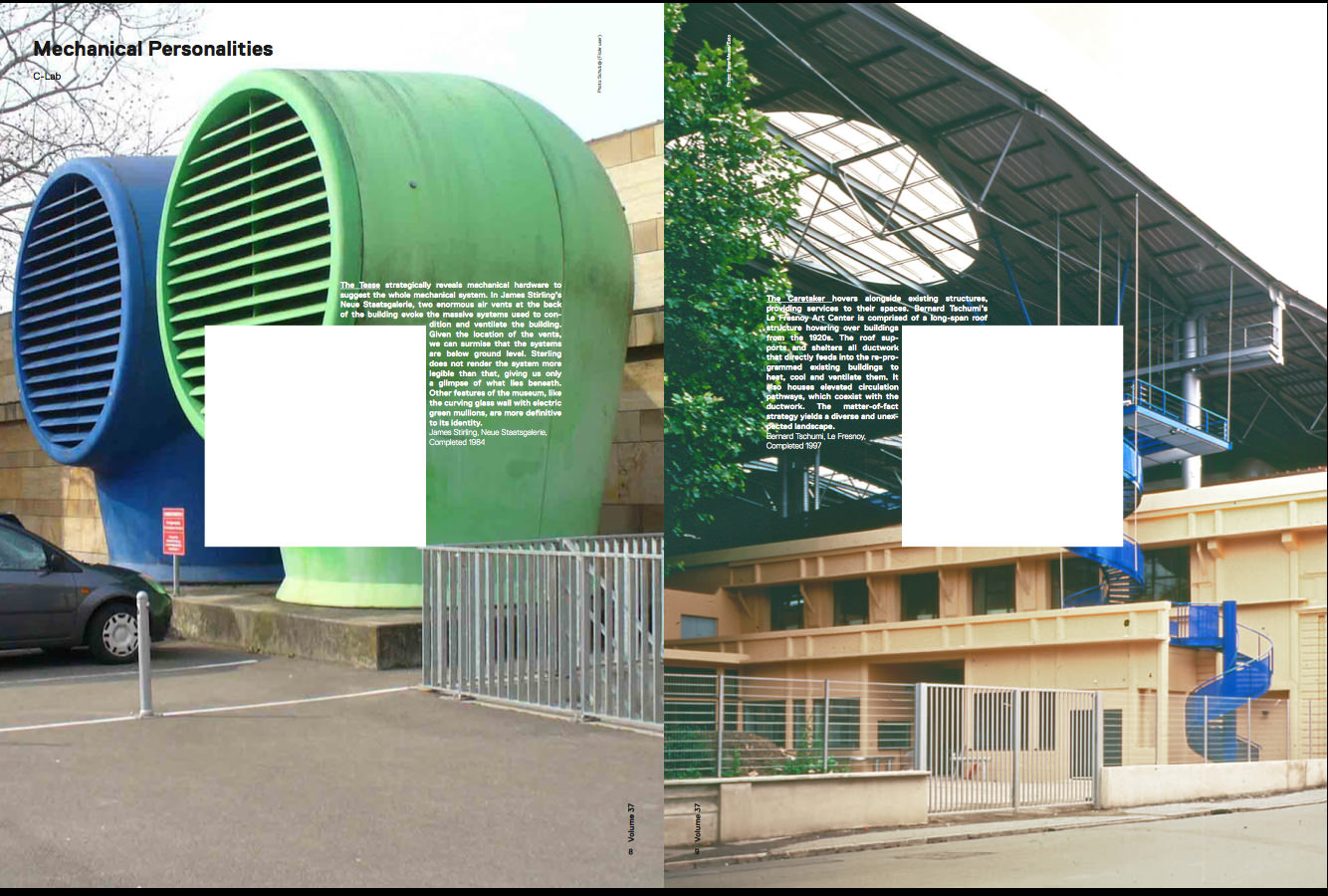 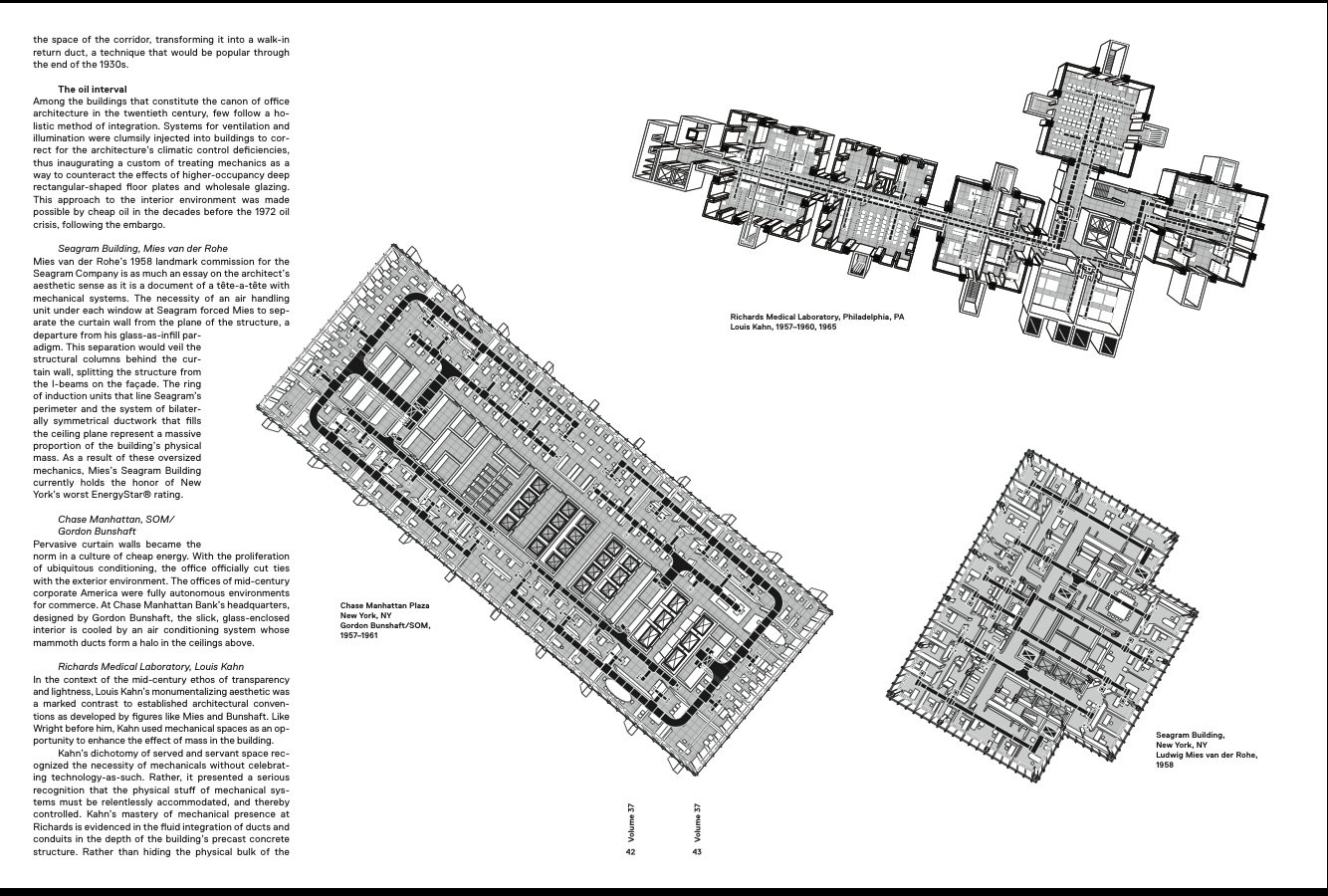 The issue delves into the way architects deal with the need to house substantial amounts of piping to heat, cool and deliver fresh air. More often than not they seem to struggle with that reality, coming up with all kinds of tactics to kill the beast. Some are clever in making the necessary pipes disappear, at least visually. Others accept their presence and transform them into a form generating principle. And nowadays, attempts are being made to do away with them all together. Utopia at last?