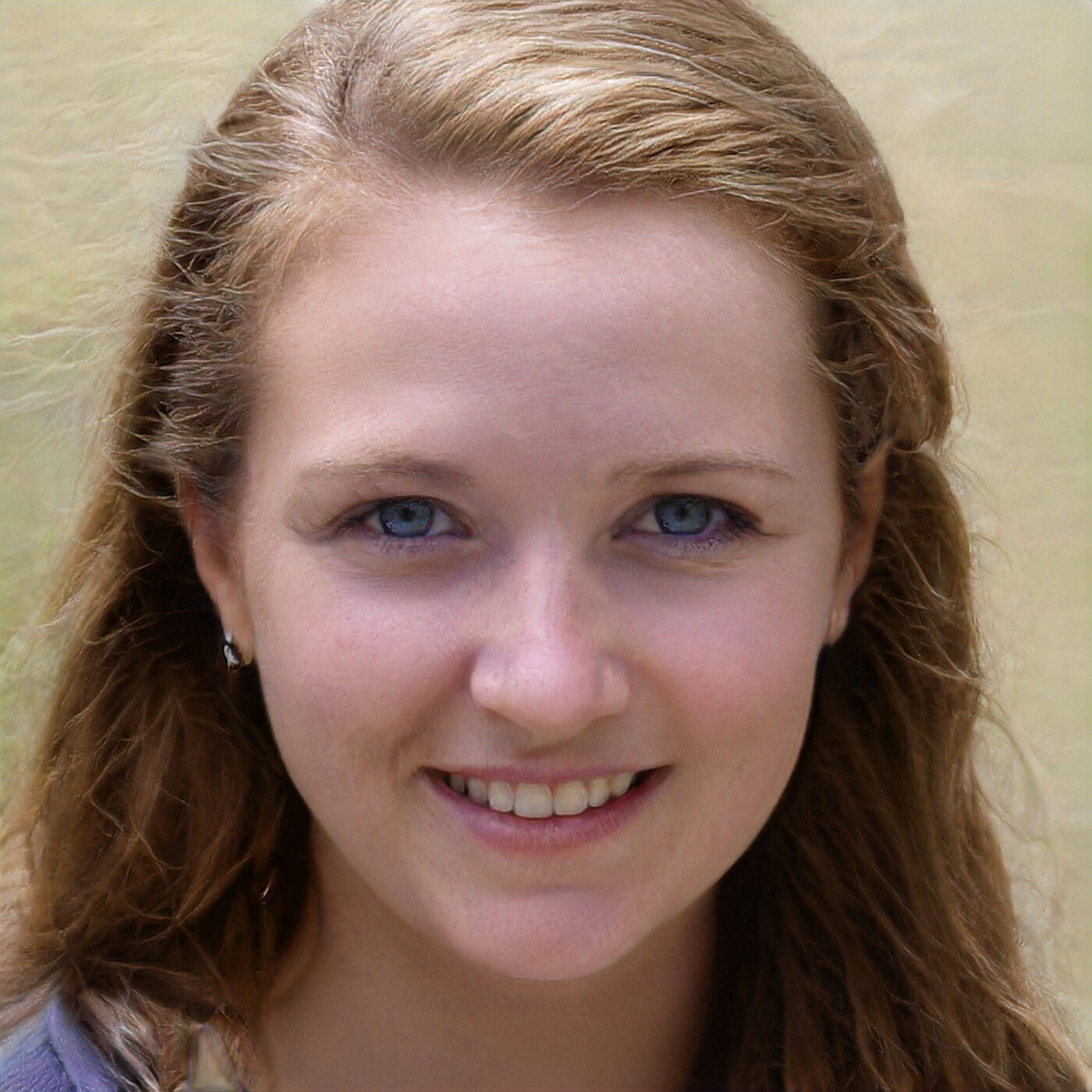 Susy needed a job, any job. Her fancy degree in art history proved not to be very useful to pay the bills. Susy was living in a modern industrial harbor city. There must be some low paid industrial jobs, there must! – she thought many times while looking for a vacancy. And indeed, eventually, Susy found a job in an industrial warehouse. The company, one of the fastest growing online supermarkets in the country. A company which of course she’d never heard of before.

Susy waits in the waiting room, together with another girl. The radio is on, playing cheesy music. Then, a very tall girl picks them up, her white uniform says ‘recruiter’. She guides them both around the various areas of the warehouse, the ambient areas and the very cold ones. Susy estimates that there are around 50-80 people working at this moment in time, she notices that everyone is dressed in different colors according to their position: trainees in orange; trainers in blue, regular workers or shoppers in red, captains in black, recruiters in white. In this colorful warehouse everyone seems kind of happy; smiling, laughing. Towards the end of the tour they pass by the ‘playroom’, where the workers are resting or playing ping-pong in one of the two 15 minute breaks they have. “WORK HARD, PLAY HARD”, is written in white letters (almost as an order) in the back of the playroom on a huge red & shiny sign-board.

“Here we are like a family, we like people to be social,” announces the recruiter at the recruiting office, she then introduces herself. Asking the candidates to do the same, Susy feels very awkward, and doesn’t know what to say. The other girl has no problem, she said she is married, and that she likes to watch movies. Susy then says she enjoys reading. The tall recruiter invites them to play a sort of memory game, asking them to recall things she has already said about the job on offer. The game finishes and the recruiter exits the room, leaving the girls waiting for the final decision. In the meantime, the other girl speaks about how she has plenty of experience in supermarkets. Susy tells her she has none. “No worries, you don’t have any hobbies, so they will probably like you,” the other girl casually reassures her. The recruiter returns: “Congratulations, you are both hired!”

She was so excited about her new job. (Finally, some money coming in!).

It’s her first day. Susy and 20 other orange soldiers join the red lieutenants and gather around the captains in the ambient area expecting instructions, targets, and goals. Suddenly, the game is on, the race of ‘picking products’ starts. Everyone takes a scanner, logs in, and wears it, then each takes a heavy metal car filled with 18 totes. For her, picking is like doing the groceries and getting paid for it. It could be picking one pack of napkins, or it could be 60 beers. The scanner tells all, what product should be picked, which tote to place it in and which one is next. Towards the end of the race, the car gets heavier (plus, the industrial shoes are also very heavy!).

Susy loved picking products, since day one. Really. It seemed like a game. At first she was taking it easy, ‘learning’. (Un)fortunately, this chilled attitude didn’t last. Soon she noticed how the most experienced workers go crazy-fast; almost running, definitely sweating. Unbelievable. They seemed so skilled, so focused. Always finding ways to squeeze in and move their car faster throughout the aisles. There was this girl, probably the fastest of the warehouse, she was so beautiful (a kind of Moroccan beauty). She had a certain technique, like a ballerina she knew how to be precise, elegant, and fast with the movements of her body and handling of her scanner. Susy immediately looked up to her.

“You have a very good average speed for your first day in picking!” the captain tells Susy at the end of the shift. She feels great! Over the following days blue trainers come up to her to give speed tips: “Just focus on not making mistakes and your average will immediately go up!”; “Always take the car in front of you!”; “Scan fast and close to the totes!”; “Always be close to the products you need to pick!” Unsurprisingly, some of these pieces of advice are actually helpful. She soon learns that having a good scanner and a car with good tires means everything. Everything! These two components can really make a difference of who wins the speed race.

One day Susy clocked-in late (five minutes). She received a notification indicating she had been deducted 1 point. If she was to lose all 10 of her imaginary points, she would (not-imaginarily) lose the job too. After 1 month, her training was over. Susy finally reached the speed average that allowed her to move up to the next level. She received the acclaim highly desired by all trainees in the warehouse – the red shirt accrediting her as a regular worker. Of course, she couldn’t avoid the guilty satisfaction of receiving the red shirt sooner than her slower colleagues (some people stay in orange for months!).

The end of Susy’s training meant only one thing: she was ready for the freezers. Being in ambient is level one of the speed-game in the warehouse but the advanced levels are in the chilled area. While there are more activities to execute in the warehouse, such as receiving products, everyone knows that picking is the best. Especially in the freezers, the kingdom of the fastest. Only the fastest find ‘the cold’ exciting and exhilarating, the rest (the slow ones) complain, as usual.

Susy had never experienced anything like it: standing the whole day in the cold, shaking, wearing a thermal jacket, gloves. She loved it. Everyone seemed so tough, so strong. It was kind of sexy. There was something about the physicality of it that excited her overwhelmingly; the sweating in the cold air; the pumping of adrenaline; the thrill of going fast. Also, nobody in the warehouse got paid more for being faster or for breaking records. It all obeyed an internal logic. There was something in the air. The fastest were the coolest and everyone knew who they were (since all the records are digitally displayed). Fast guys bragged with girls about being fast and they like fast girls. But girls too liked being fast. Guys kept on telling Susy things like, “you are on fire today!” and, “you are like Speedy Gonzalez!”.

She felt good. She went faster. Obviously. How couldn’t she? They are always looking.

In this game everything is accounted for. Not only the hours of work but also the bodily forces. As long as Susy is connected to the scanner, ‘They’ know everything about her body: when she is tired and slows down, when she stops, when she is in her highest levels of adrenaline and excitement. They are not just the supervisors, they are everyone. Because everyone stares at the screens, and because the screens tell everyone everything: her position, average, lines, time, and speed. For Susy, it was like an awkward (yet exciting) feeling of being naked, knowing that other people are seeing you naked, and that there is nothing left to do except to keep performing while they keep staring. A never-ending exposure of her biometrical progress.

The more time Susy spent in the freezers the faster she became, and her reality started to collapse. It was here where gamification really got under her skin. The job really had become a game. A very exhilarating, fast, and sexy game. And she loved it. It made her sharper, more ambitious, and stronger. It made her want more. Even the ‘burn-out’ she experienced after work seemed to be worth it. Every day, after the game is over she goes home destroyed. Although, the game is never really over since the app is a finger-tap away on her phone. There, there was always a new speed record speed and someone commenting on those records. She carries all that excitement everywhere she goes. The tiredness of her body was excruciating. Agony. But in the midst of her exhaustion there also existed the feeling of reward and satisfaction, the feeling that her extreme tiredness had been the result of something productive, that she had been paid for every single second her body was performing labor. And Susy couldn’t wait to start a new game the next day.

Publication ‘Whose Europe?’: The ‘New Europe’ and Controversy around the European Idea