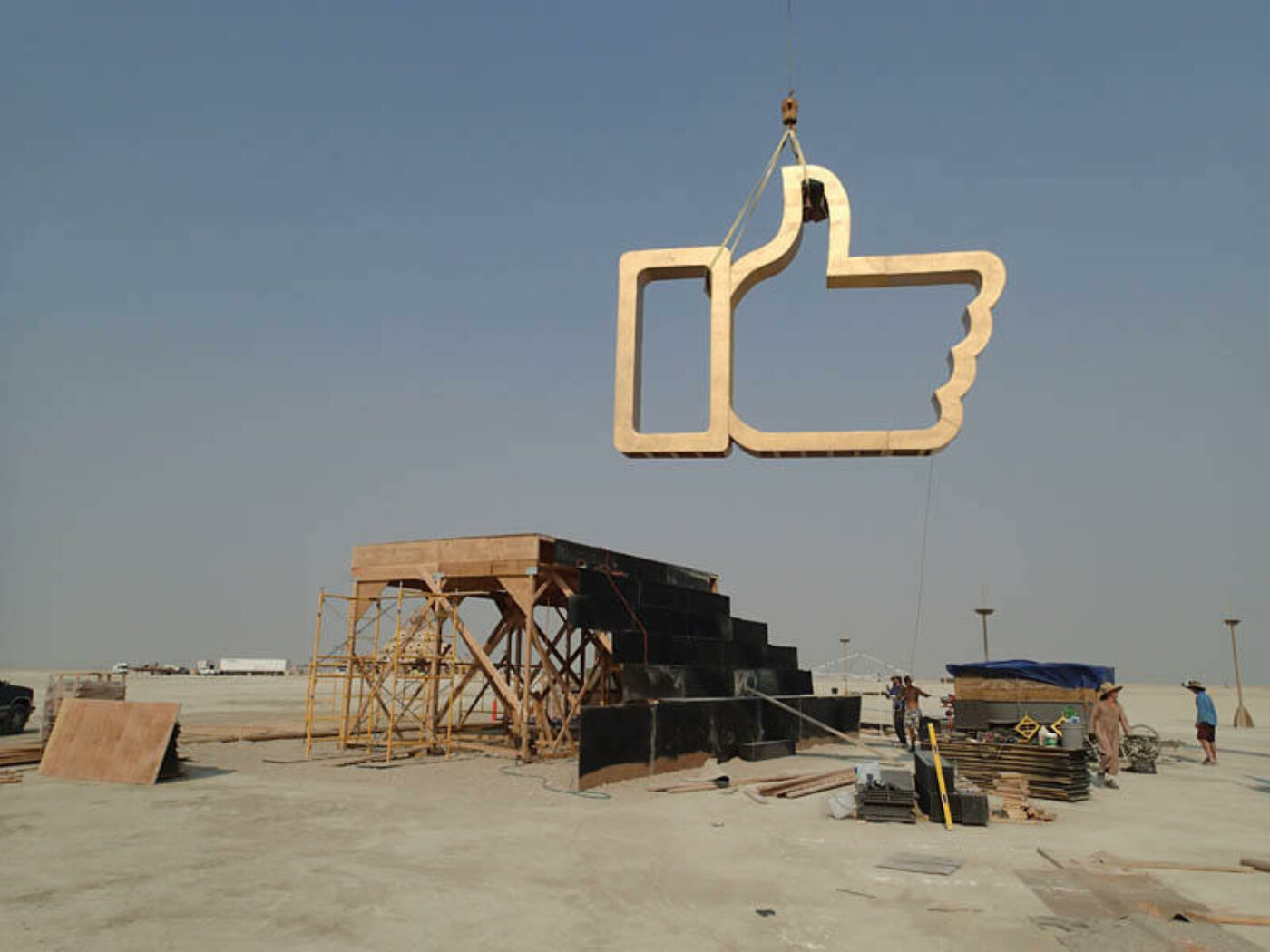 Volume’s 36th issue, Ways To Be Critical, discusses the role of critical thinking in a world dominated by tweets and likes. Dutch artist Dadara wants to question the meaning of the ‘Like’ with his latest installation, a giant Facebook thumb that was burned during this year’s Burning Man festival in the desert of Nevada. 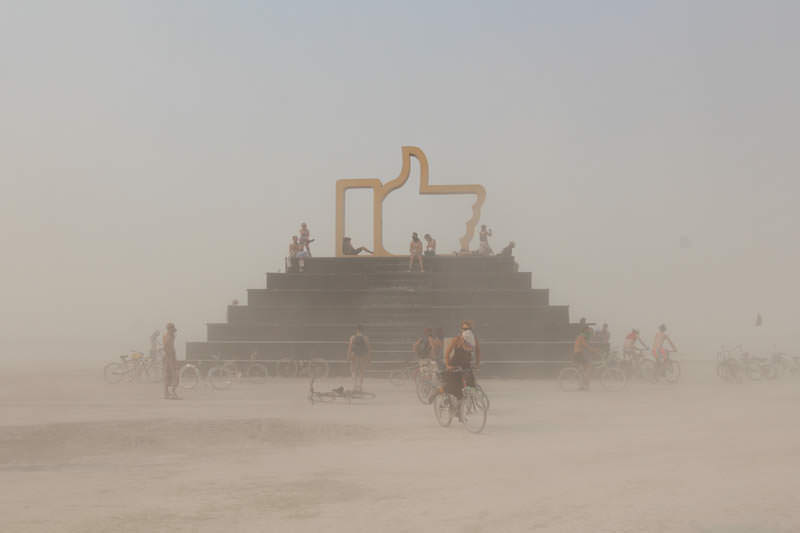 The five-meters high structure, that goes under the name of Like 4 Real, was meant as a criticism of the monetization of our cultural interests via social media. Dadara doesn’t want his project to be a protest against social media, because it would be senseless to simply ignore their existence and wide-spread popularity. Instead, he wants his audience to rethink the meaning of the rather one-dimensional Facebook like (or retweet) as a means to express affection. 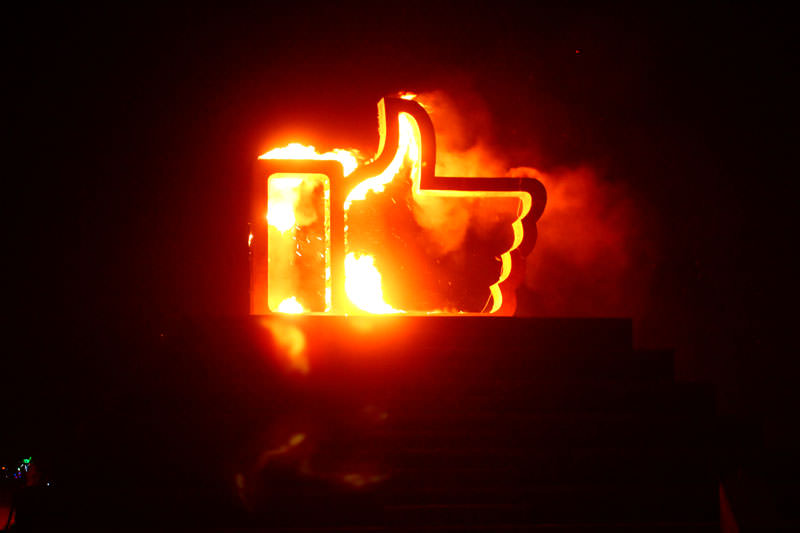 “Many of us now fine-tune our core values and interpersonal relations under the bluish light of our computer screens”, says the artist. “The question is, can social media strengthen our real physical and emotional bonds as human beings, or will they disrupt our social structures, turning us into Like-clicking autistic zombies? (…) Clicktivism is not Activism.” 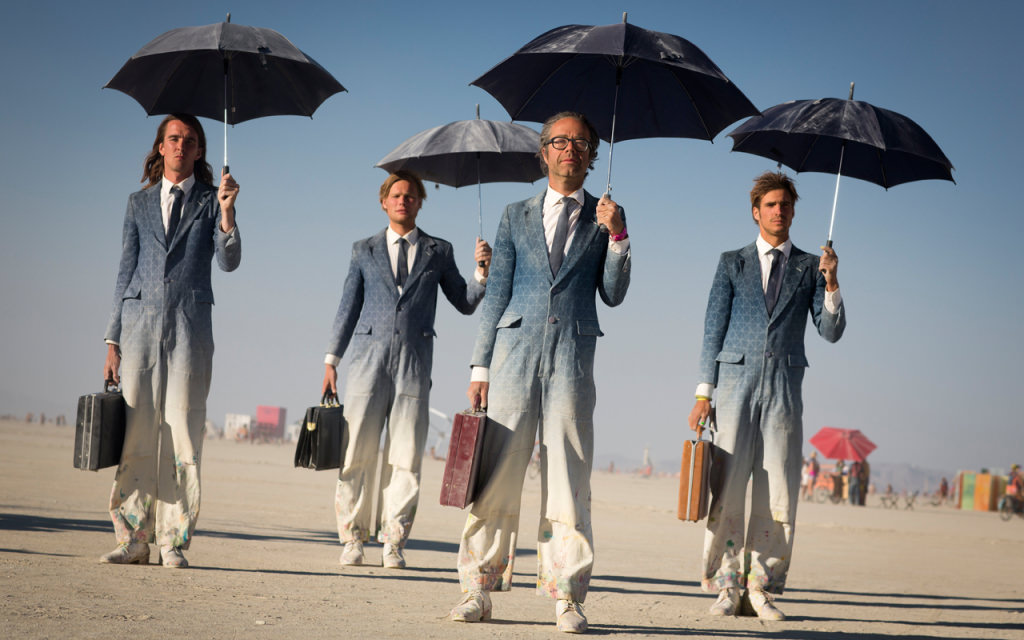 Dadara’s artwork consisted of a large open-shaped golden Like symbol on a massive black altar-like structure, with six big steps leading up to the Like. Each step is 2 feet high and symbolizes a step in a process towards what the artist calls “Enlikement”, a state in which a human-being has regained the ability to deeply express affection for something or someone without the urge to simply click a button. As with earlier installations, Dadara decided to ceremonially burn his installation. After its destruction, Like 4 Real will become an ongoing project in the real world, where we aim to explore the various facets of our real and virtual relationships.