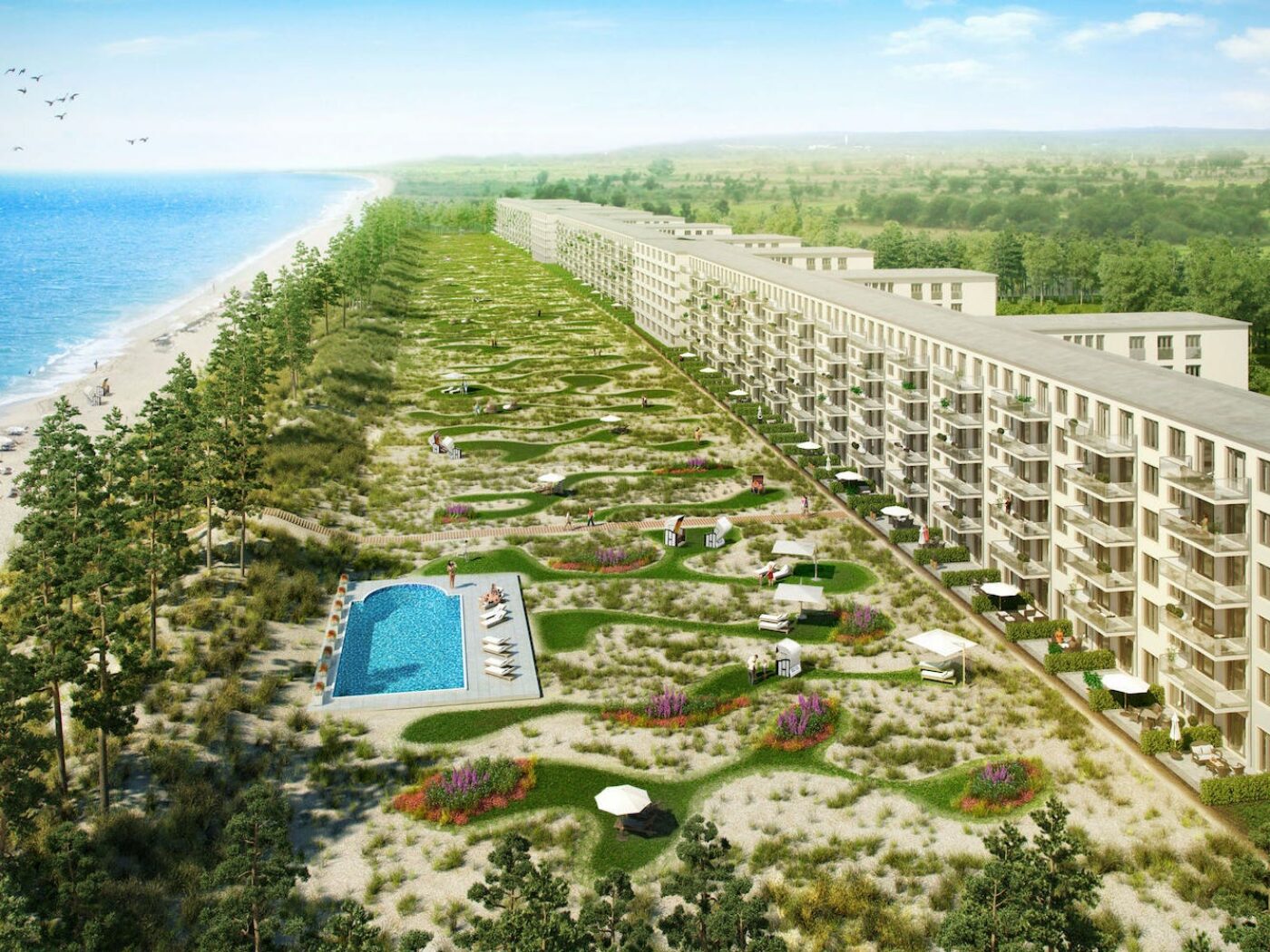 According to the Office for National Statistics (ONS) the average UK male gets 6.1 hours of leisure time each day.1 Before we even cast judgment on how this time is spent, we can see that our precious time (as defined by the illustrious 8-8-8 structure) is slipping away. Many a worker fought and died for our right to watch TV from 5 until bedtime, and even such a perfunctory pleasure is escaping our grasp.

While we’re not here to defend the arbitrary definition of 8 hours work, 8 hours play, 8 hours sleep, it doesn’t take a mathematician to understand that 6 is less than 8. Of course, the idea that 8 hours of leisure equals 8 hours of freedom has always been questionable, implemented only as an improvement from previously unimaginable labour conditions. Already in the 1970s, in Italy The Wages for Housework Campaign sought to highlight that, even within this definition, time was still inequitably distributed: for women a large share of this time was dedicated to the reproduction of the (male) worker. Still today, by the measurement of the ONS, men enjoy 5 hours more leisure time than women a week (leisure time of course not including child-rearing, housework, or any other category historically defined as ‘women’s work’). And even if we abide by the notion that 8 hours leisure time against 8 hours work is legitimate, in 1988 Andre Gorz’ was already predicting the slow consumption of our leisure time by the world of work.

Gorz’ Aristotelian definition of leisure was as time free from necessity, from providing ourselves the means of survival. Only when the sphere of necessity ends could a ‘moral life’ begin. For the modern man of the 1980s, this was time away from filing invoices for the Inland Revenue to return to his apron adorned wife presenting him with some nice roast potatoes and a cup of hot bovril. For the Ancient Greeks, time to philosophise was instead facilitated by the use of a small personal army of slaves. Put simply, Gorz thought necessity polluted human relations, and clearing our life with others from the stench of need required the subordination of what he referred to as the sphere of heteronomy to the sphere of autonomy.

Heteronomy, as the ‘production of everything necessary to individual and social life’, must be subordinated to autonomy, that part of life in which we ‘freely produce [ourselves] and the web of their relations with others.’ In our contemporary capitalism, this sphere of heteronomy requires an acute form measurement which is provided for by ‘the market’; the quantification of the different elements by which a business produces the amount of goods or services necessary for profit. From Fordism to Taylorism to Toyotism, this concept of measurement already reigned supreme, whether mapping the most efficient movements of the body so as to eke out every last ounce of expendable human energy, or organising the logistics of distribution to the in-car radio. Where the yardstick of measurement is the market, the sphere of autonomy will always be subjugated to that of heteronomy.

What we wrestle with then is the relation between these two categories: heteronomy and autonomy. Under current circumstances the former is prioritised, resulting in an overabundance of the ‘necessary’ which is then unequally divided to create a fictional surplus. The producers of this surplus then are bound to reproduce it, adding to the unattainable surplus, but bearing none of its fruits for themselves. There is always an extra loaf, but we haven’t got the keys to the bakery. To Gorz, the only justified deployment of the weapons of measurement, parcelization, and quantification would be to serve needs of an ever-expanding sphere of autonomy for individuals, the exact tools that had made capitalism dominant over any other socio-economic system.

Where Gorz was writing in 1988, his understanding that the paltry free time produced by the form of measurement that the market defined (and which defined the levels of productivity necessary to the workplace) was already itself ‘coveted and threatened by cultural industries and leisure moguls’ can be seen to have been realised. The ONS statistics produced by the British Government on ‘Leisure’ show us that 15 hours of leisure time is spent consuming mass media per week, when compared to what they refer to as ‘participation’ activities. Men, on average, spent less than 5 hours per week socialising, against over 16 hours watching tv and browsing social media. Taking from this an understanding that the leisure industry has been captured by media apparatuses, we are presented already with a blockage on the road to autonomy. If, by definition, all actions become subsequent to the same calculative logic, the sphere of autonomy increasingly evaporates.
French collective Tiqqun understand this as the infiltration of the logic of cybernetics across society; its calculative mores penetrating all social relations. To walk the dog is to count your steps, and know precisely the amount of exercise taken. To jog, is to upload your fastest 5km onto an app that shows your friends, if this is what we call them, what walruses they are. For them, it is rather the category of measurement itself that defines the perennially distorted relationship between these two spheres of time. As explained by the CEO of Netflix, the competitive struggle they are facing is not against market rivals, but against sleep, against any un-captured time, which can be quantified and consumed. What we are left to contend with is the relationship between labour and leisure.

We can increasingly understand that for both Tiqqun and for late capitalism, the line between labour and leisure must become indistinguishable. For the former, work is consumed by leisure. All things being held in common, we mediate our relation to them through common production. For the latter, leisure is increasingly consumed by work; all non-work energies, from socialisation to working out, feedback into the reproduction of a certain mode of production, both of the self and of the market. If social and mass media consume the largest share of leisure, and both produce monetizable data, as well as enacting a certain reproduction of the self, it always contributes the production of value; it just depends who for.

This skewed relation we can understand from Gallup statistics on millennials. There has, they theorise, been a fundamental shift toward experience and satisfaction, both in work and in leisure, that has come to define the generation born between 1981 and 1996. What they parse is that this generation marks the apex in a confused frustration as to the function of our two categories of time. Seemingly, it creates a feedback loop in which the dissatisfaction with leisure time – consumed by forms of mass media built reproduce the market logic that spawned them – leads to a search for meaning in work on an unprecedented level. This leads to differing relations to work, from the assignation of arbitrary meaning (why does your barista give so much of a shit about the roast of their beans?) to complete dislocation (Gallup tells us that 51% of millennials are actively searching for a different job).2 Among all these struggles to define meaning, according to ONS, people between 25 and 35 take the least amount of leisure time. The conditions of this, we can understand from both Gorz and Tiqqun, is the ossification of a monopoly of autonomy on the part of capital – where the existential stakes have been heightened, the conditions of exploration are contained by and within work itself. Between them, we are left with two ways out: Gorz’s ‘dual society’ and Tiqqun’s cottage in Tarnac, a society where the cybernetic machine is deployed only to guarantee everyone’s needs and freedom, and one where measurement is done away with altogether.

The ‘fecund chaos’ of Tiqqun’s non-productive utopia carries with it the production of necessities – nuts, berries, washing up rotas – and sees even in basic income (of which Gorz was an early supporter) a failure to escape the calculative grasp of cybernetics. Gorz, for his part, feared, like Aristotle, an intermingling of human relations with production, even if carried out in common in intentional communities. This would subordinate the construction of morality and behaviour to survival. Though Gorz did wish for waged labour to become meaningful, decommodified, and self-organised, his ‘dual society’ guarantees the fundamental right to hate your job. Hating your jog, or rather its quantification, may be the new task. Following Tiqqun:

‘It is precisely because valorization is no longer assignable to what takes place solely in the production sphere that we must now displace political gestures […] into the spheres of product and information circulation.’3

If the battle against work has spread into what we formerly considered our leisure time, it must be fought first on this expanded terrain. Unplugging, however, may be for the cottaged few. To a global, migrant, and precarious workforce social media is essential to build and maintain relations of kin and mutual support. So, how is it that we can use the tools at hand against the logic of production from which they emerged? Can we ask: would Instagram be different if we owned it? Would disentangling our leisure-data from the concerns of Facebook shareholders change the way we choose to share it? Is there pleasure in your leisure if it isn’t quantified by likes or directed towards job opportunities or the production of a consumable self?

Worker of the worlds, unite!