How Much Does Your System Weigh? 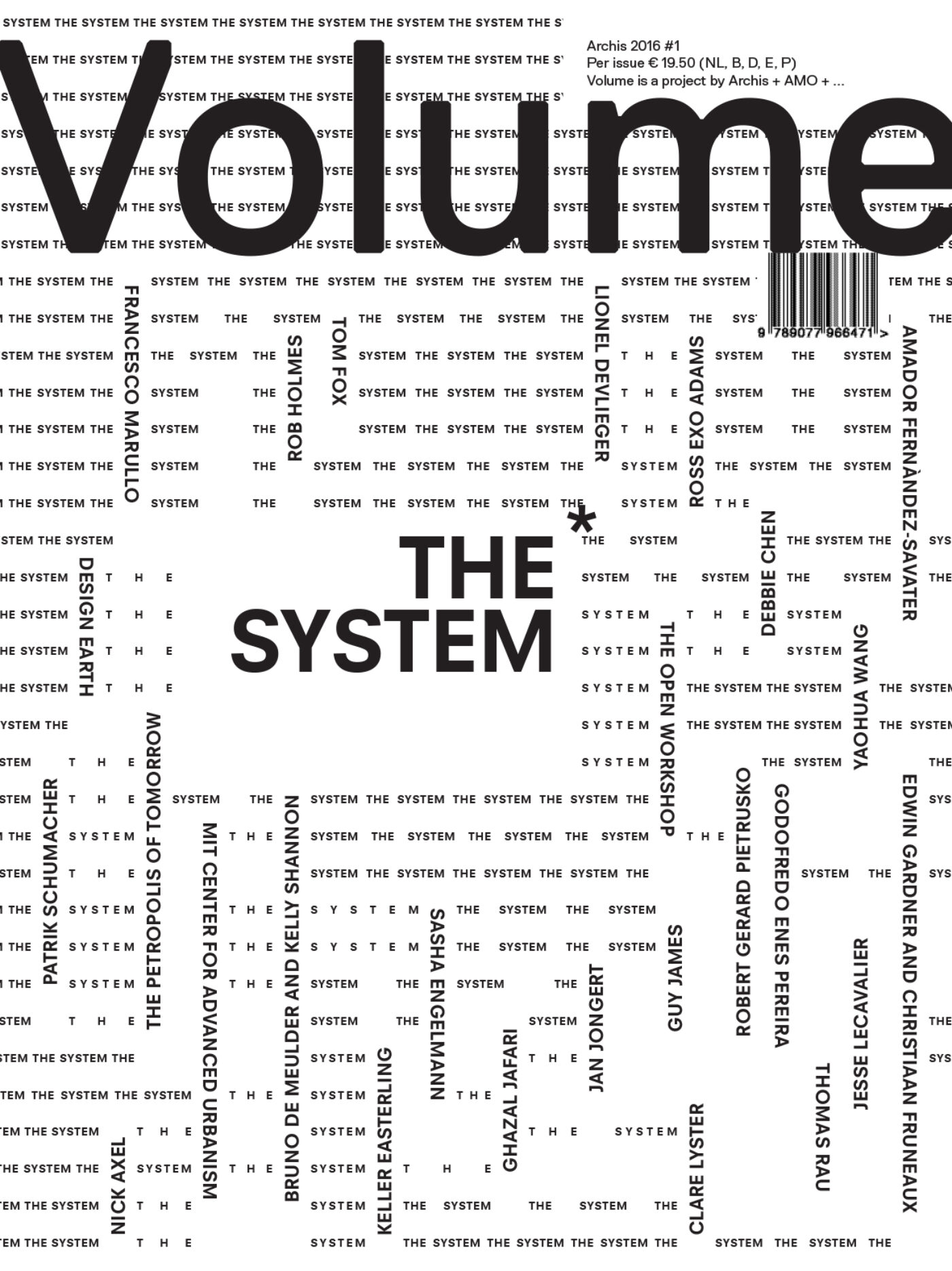 It’s not the latest Hollywood production, the ultimate sound experience, or Apple’s next level consumer lock-in product line. And despite its ominous ring, it isn’t the enemy either, like how the NSA is framed as one. THE SYSTEM* indicates the complex interaction of the economy, professional practice and personal choice. The asterisk draws attention to the ambiguity of such a term while hinting at an intention to change ‘it’, whatever it is.

During the cold war period, The System would by default be either communism or capitalism, the latter often referred to as military-industrial complex, though one can argue that this label applied to communism just the same. Back then, the focus was on power structures, the futility of politics, on liberating the individual from whatever coercive force, and on equal rights and opportunities for all. In today’s neoliberal times, sustainability has taken the main stage, of which fear is a driving force. Not of ‘the other’ or power as such this time (though that element is also still around), but of environmental changes beyond our control and a total breakdown of the human ecology.

In December 2008, Volume produced After Zero (Volume #18), published after but conceived of just before the credit crisis struck the global economy. The issue started from irritation with the uncritical embrace of sustainability as the new paradigm to guide our policies and (design) decisions. It didn’t question the importance of sustainability goals or global warming as a manmade effect. What it did was question the assumption that sustainability could tell architects what to do and how to design. Admittedly, the issue started from the optimistic position that architects have something to say in this, but whether that is correct or not, the point to be made was: is sustainability more than another requirement, another condition to meet on the same level as structural soundness and fire safety? Does sustainability give us clues how to design our houses, layout our neighborhoods, organize our society? The conclusion then was: hardly. We can do the closed perimeter block city structure or apply a park city model and both can be designed to perform equally well in terms of energy consumption, use of materials and so on. We can do the glass box or the brick box, same story. But the two cater for different societies, different lives. So let’s start thinking beyond this mythical point zero (zero emission, zero temperature rise, zero waste) and speculate on what future we can envision, what society we strive for.

That question still stands, but by now we have to admit that there is more for ‘architecture’ to do in working towards sustainability than we might have thought eight years ago. Sustainability is more than just applying the right systems and norms. The architecture of The System itself has to change to work towards non-exhaustive cycles; to start reusing and reusing again. There is a serious role for politics in this, for example when it comes to tax regimes, but who would be better equipped to propose and invent, and – why not – also design, than architects?

Throughout the last decades, the role of freischwebende Intelligenz, of the creative spark in bureaucratic or institutionalized processes was given to the artist. At first it was limited to adornment, to putting a cherry on the pie, but later artists were also asked to participate in the process of redesigning neighborhoods, creating community centers and dealing with social inequality. It seemed a promising and interesting way to organize interaction between art and society, to make art productive in a specific way. But the risks, or rather limits are also clear: ‘the system’ sets the parameters within which activities can be deployed. These engaged forms of art became encapsulated, subjugated to rule sets and criteria it could hardly influence, let alone change.

So why would architects be in a better position, why would they be able to make more of a difference? Because they’re rooted in the real. Their imagination is in direct conversation with how things are running and are organized in practice, which creates opportunities others may not see.

Now, today, even an unexpected party like the Central Bank of the Netherlands (DNB) urges other Dutch banks and pension funds to place their bets on renewable energy instead of oil, gas and coal. The definite energy transition must be at hand; it still needs attention, but it cannot be stopped. So the focus should be on how things are organized, on material and institutional infrastructures, on resources and their distribution. Yet not just on flows and cycles themselves, but on the conditions one can create with them. Looking at that part of The System, lobbying is not enough to make change happen. Applying strategies like leveraging, short-circuiting, disrupting and infecting may be more effective.