Form and Beyond: The 2016 Lisbon Architecture Triennale 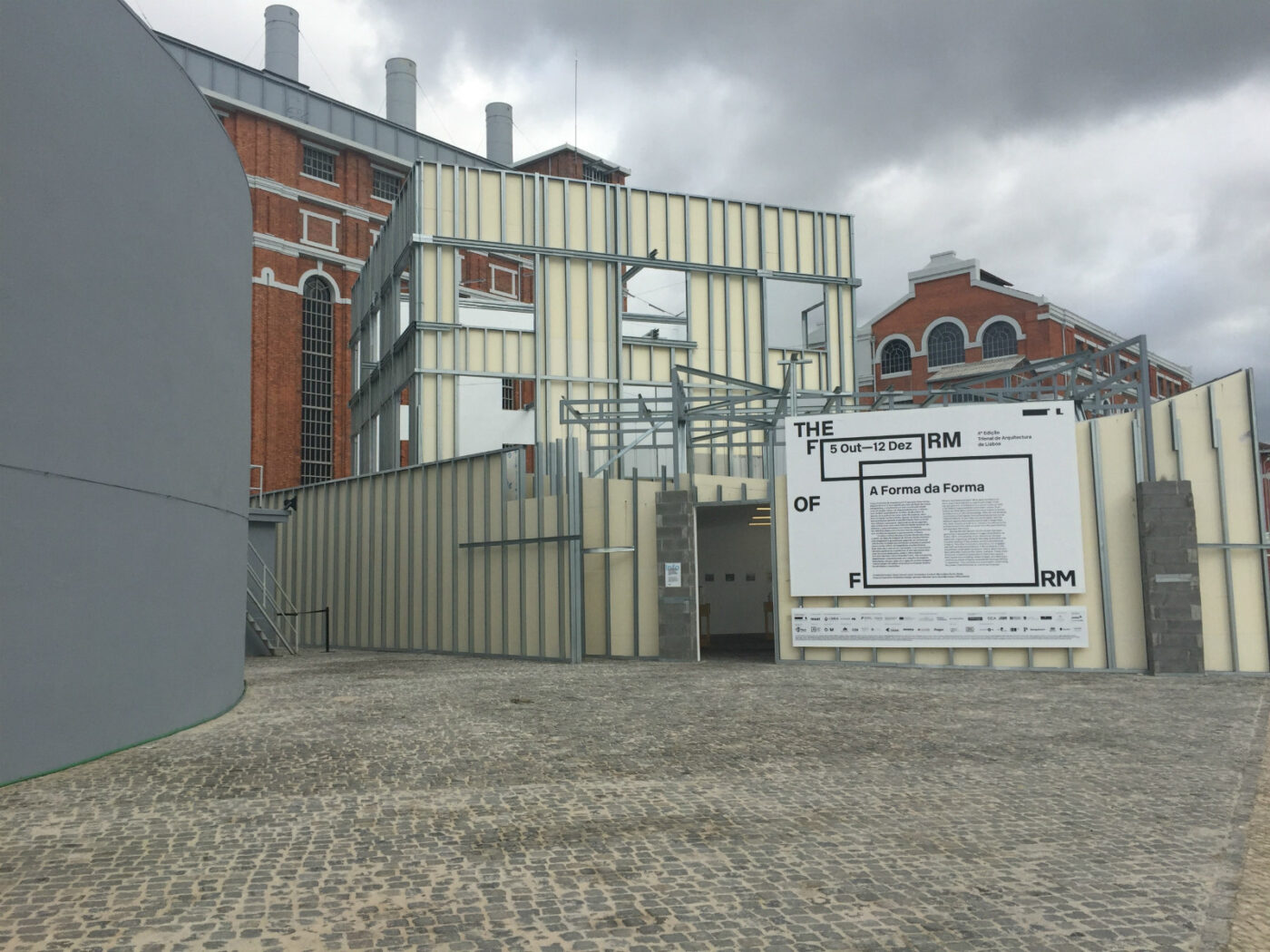 Form and Beyond: The 2016 Lisbon Architecture Triennale
Curator André Tavares and co-curator Fabrizio Gallanti as partner of Fig Project interviewed by Lilet Breddels

The fourth edition of the Lisbon Architecture Triennale took place from 5 October to 12 December 2016. Chief curators Diogo Seixas Lopes and André Tavares created a program that included four exhibitions, a symposium, a series of talks and various publications under the umbrella title The Form of Form. Lilet Breddels visited the exhibitions and symposium, which clearly investigated a take on the profession of architecture as a specific type of knowledge. With the theme of Volume #50: Beyond Beyond still fresh in her mind, she asked the curators about their take on this notion of Beyond.

In the context of what you have been working on for the triennial in recent years, what does the notion of beyond mean to you?

André Tavares: It means a lot, and it is an inevitable fact of life, both physically as intellectually.  We constantly need to challenge ourselves to go beyond.  But to address our current state of architecture at the Lisbon Triennial, we definitely wanted to keep our feet on the ground.  We do need to go beyond, but we also need to keep track of what we are doing as architects, persons, authors, intellectuals, whatever way you position yourself within the complex field of the discipline.  For many years, architecture has been exploring extremely fruitful and alternative paths to the standard forms of practice. The richness of this beyondness has been so powerful, and the wealth that has come from these experiences to the field of architecture has been so fascinating, that at some point we definitely risk losing track of what architects are finally doing when they design buildings. This beyondness allows this space of practice to be taken over by many other disciplines that do not share the knowledge of architecture, that do not share the beyondness of architecture, and that just do very non-architectural architecture. To put it bluntly, the overall quality of our society’s construction is quite wanting. So, let’s say The Form of Form is a call for order, but we also wanted to reflect what younger generations of architects have been doing. Those who already have a substantial body of work that has hardly been acknowledged as a disciplinary contribution that can be shared and explored. It can be seen as a conservative position, or as a backward-looking position. We are willing to look into form, into construction, into the most obvious responses to architecture, hoping that will generate new things. Hoping that beyond architecture, people can realize what architecture is about and what benefits it can bring to our everyday life.

Part of your reply sounds like protection of the discipline from outside positions.

AT: It is. It needs to be, because lawyers now seem to be more effective in designing our cities. The financial core of our society has been much more powerful in defining the form of buildings and the form of construction, and somehow architects are often relegated to making beautiful buildings of architecture that are already done before they got into the commission. Because the best architects are so enthusiastic about beyondness, the dullest construction practices are taking over our cites and landscapes. I think there is actually a danger that if we keep discussing beyondness – which is wonderful and lovely – the core of the discipline might disintegrate. That was one of our main anxieties that led to The Form of Form program, accepting architecture as construction without denying the richness resulting from all the explorations of the last 20-40 years. Fabrizio, I don’t know if you agree or not.

Fabrizio Gallanti: I don’t agree entirely, but I am not going to argue about that. For me, one thing is striking in the search for the beyond – to which, in general, I am sympathetic. It appears to be strangely dominated by the center. In the sense that the desire or the curiosity to explore the boundaries of the discipline are always managed by a certain disciplinary core. So, let’s talk sociology, let’s talk anthropology, let’s talk new media, but always from an architectural background. I have the specific memory of an Italian architect explaining to Wim Wenders, at the Triennale di Milano, how he should have shot some scenes in his movies, in order to better represent the city! I think that one should probably be more objective at the start, recognizing such asymmetry. And then I think it wouldn’t be so bad to push for a certain disintegration of architecture, or at least of some of its dominant paradigms. But then we really should have economists talking about architecture. We really should have sociologists talking about architecture rather than what we do now, which in a way tries to imitate discursive practices, while there is a kind of ambiguity because the discourse is still generated from within architecture. I think that architecture is still powerful because it is a form of knowledge that has produced an incredible apparatus to transform or understand space, and then that apparatus has become public and shared.  So even the most horrible villa or the most extreme favela, they do carry a generic code that has been produced within architecture: in the end they are employing a practice of knowledge that has been active for generations among architects.  So there is a diffused architectural knowledge that is far beyond our own control and that even architects are not aware of. That condition can be very interesting to other disciplines.  Architects don’t know that artists are working around architecture, anthropologists are working around architecture, politicians are understanding architecture. I would be interested to see what would happen if we switched the position from the beyond to architecture. Rather than seeking for the outer limits, we as architects could allow the ones from out there to interfere more with architecture. So to create a platform, to have dialogues where architects could be in the position where they would become the object. 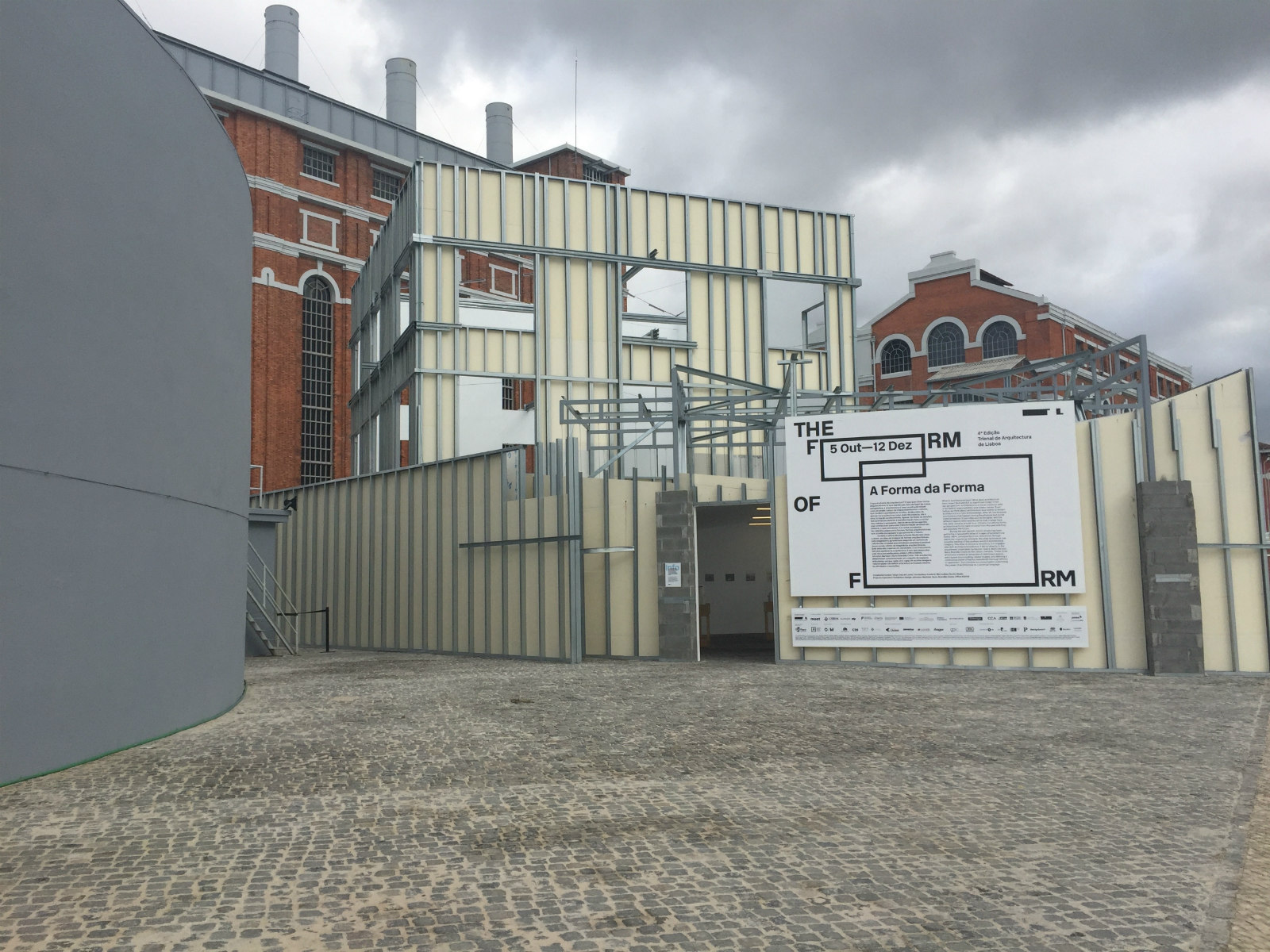 Andre, if you are talking about this anxiety that, say, lawyers or coders are taking over the discipline, how do you protect the discipline by going back to building or the building site.

AT: You don’t protect, but there is a certain capacity to acknowledge the complexity of the profession and be conscious of how that complexity can acknowledge these other players within an articulated social field. You have to recognize the different positions of those players, and do so from the core of the discipline. Otherwise, architects become lawyers or economists, which is okay, but is something else.

FG: So do you advocate that there is a core set of knowledge tools that belongs to the discipline, that needs to be mastered before being able to engage with others? Something analogous to solfège for a music composer?

AT: Yes, I totally agree with that. That gives you a framework for thought. Then you have a certain kind of reasoning, an architectural reasoning. In much of the so-called architectural beyondness that I see nowadays, I do not see architecture. The authors might have been trained as architects, but having been constantly beyond, they might have lost architecture as their source. There are amazing things, but they are scarcely architectural and of very little use for the practice of today.

AT: I agree. But if you take the profession out, you lose the knowledge.

FG: I believe that one can absolutely take the profession out.

Very interesting because you explore the boundaries of the beyondness here. How far can or should you go, and from which side do you approach it. For us the reason to maybe reconsider the term is because ‘to go beyond’ implies a sort of horizontal movement of flying over a topic or situation and lose touch with the ground, the locality and with the here and now. So we think you need specialists to look in detail to specific issues. We need Eyal Weismann’s Forensic Architecture group to meticulously investigate certain issues. We need to dig and excavate. But at the same time we need a helicopter view to link the knowledge of those specialists that might be the lawyer or the anthropologist.

FG: What I still like about architecture is that it’s two thousand years of permanent questioning of its own field of action. I think it is the beauty that continues. For me, the moment where we transit from the Beaux-Arts model to the university model is incarnated in the curriculum that we still live with.  This Frankenstein combination of artist and engineer that is still not solved. I am comfortable with the idea that as an architect you have to master a set of tools but not necessarily to apply that to your professional practice.

AT: Possibly, but then: how do you eat? How do you earn your money by the end of the day? It might work for a few, but the bulk of the practice is not applying those tools. There is little communication between that beyondness and practice.

FG: Well you don’t, but being a professional is not about how you survive. And I suspect that in the future, it will even be less so, the strictly professional tasks of architecture will be executed by machines.

AT: Exactly, architecture is on the verge of disappearing. What’s its social use and what’s the position of this knowledge within society?

FG: For me, as metaphor, architecture is to the production of space what gastronomy is to cooking.  Everyone knows how to cook, everyone knows how to organize a room, how to arrange furniture, and architecture is the noble version of such common knowledge.  I think then that you can sell this knowledge in multiple formats. It could be consultancy, it could be a variety of outputs that architectural knowledge can generate. I was not entirely convinced by Aaron Betsky’s biennale in Venice because I thought it was not consistent enough with its great title: Architecture beyond construction.

So there is this spatial thinking at the core of the discipline, but there is also this urge to make. To create something, that makes it very attractive for, let’s say, sociologists who love to have architects at the table precisely because of that urge and capacity.

FG: The capacity to project into the future a non-existing reality, to represent it and to be equipped with the cognitive tools to organize matter, be it bricks or people or movement or energy, in order to create that new reality that is at the core of what architects do, is an unbelievably unique set of capacities.

AT: I think the present is missing from the present. Designing something is always about generating ideas, possibilities and beyondness… but the harshness of everyday life is crushing us, it’s crushing quality architecture.

FG: Not always. There are people dealing with the now and the real. When we see the last Venice biennale by Alejandro Aravena, I think that it showed an optimistic idea, that everyday architecture still has a possibility to engage with reality by using the very traditional tools of design and changing it for the better.  In a way, there is no beyondness to what Aravena and Elemental do. It is about centimeters, weight, matter, costs. But I do think that to develop architecture one always has to be dealing with its fringes.  It would be great if the beyond could start telling more things about us, rather than us always pretenting to go beyond. 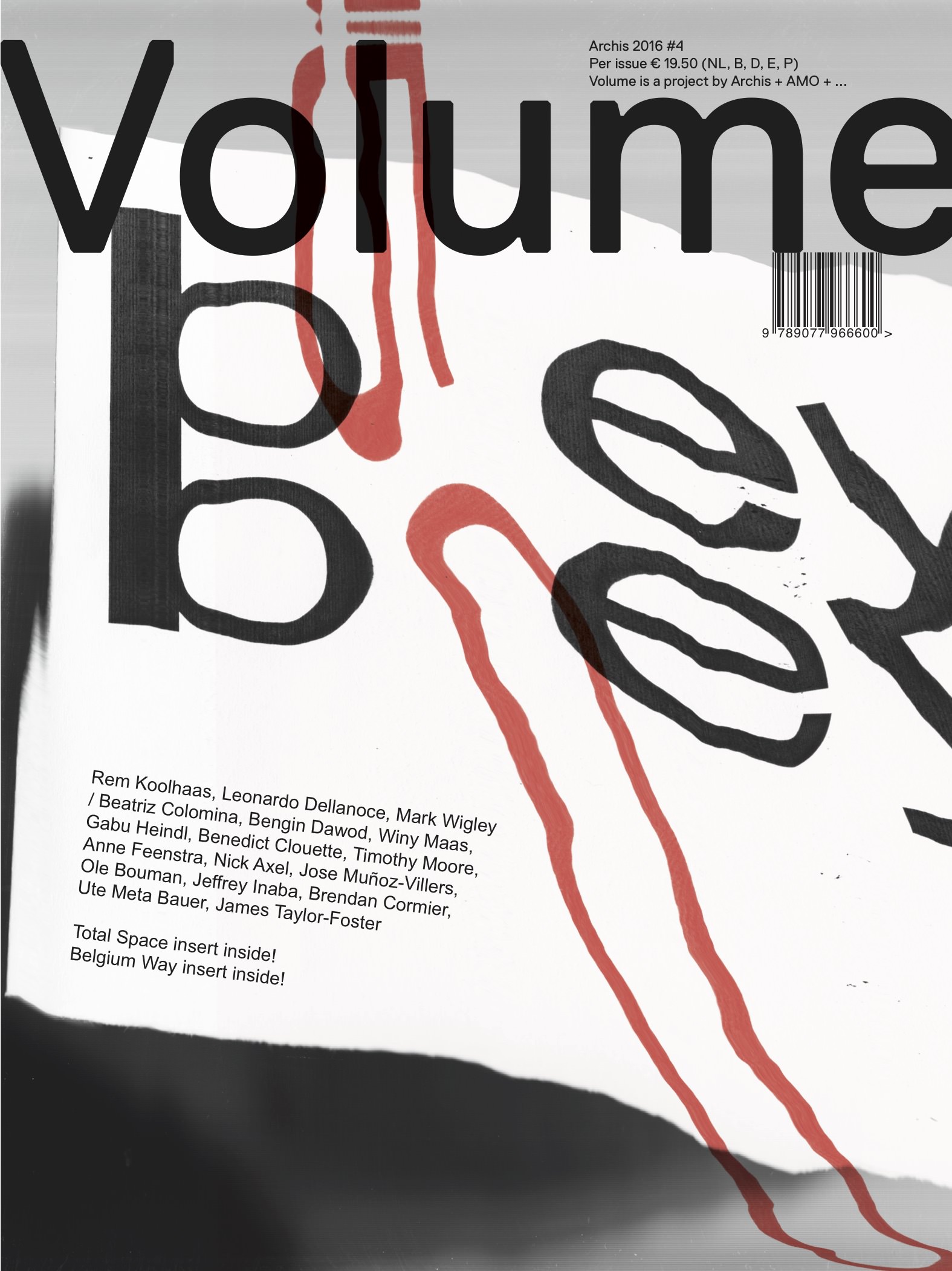 This interview is related to the theme of Volume #50, ‘Beyond Beyond’.