Doing (Almost) Nothing is (Almost) All Right 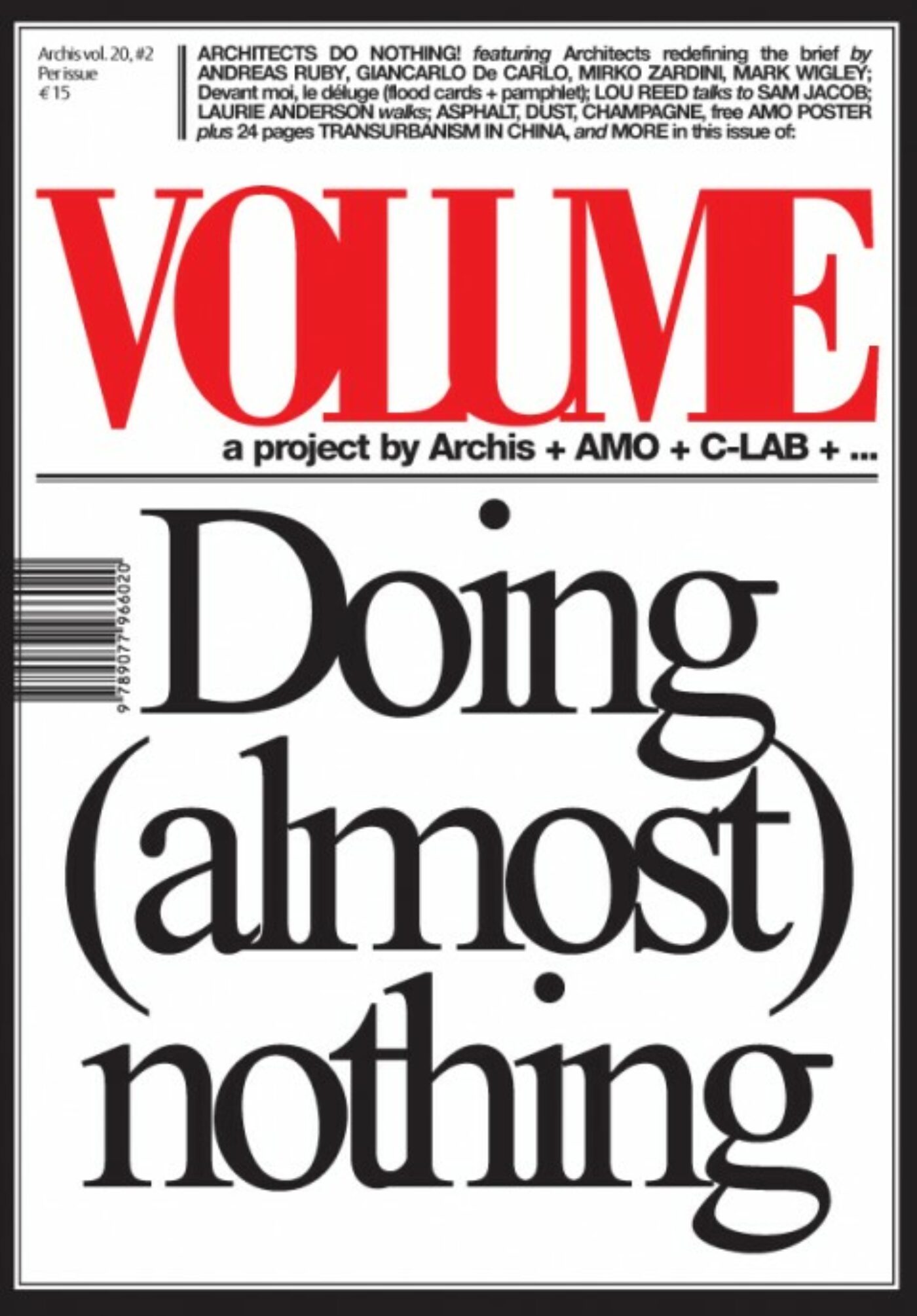 Doing (Almost) Nothing is (Almost) All Right
Ole Bouman

Few things are as driven by maximalism as architecture. The craft stands out for its almost boundless urge to prove itself. Success depends on the fullness of the portfolio, on the size of the projects, on prestigious clients, on a deluge of publicity, and, last but not least, on narcissistic, compulsive and histrionic personalities for whom enough is never enough. Unbridled ambition is the hallmark of the famous architecture firms and schools, where ‘going home’ is considered tantamount to giving up. For anyone hoping to escape the drudgery of just meeting the client’s programmatic demands, sleeping under the desk is perfectly normal. If you want to become a thinking, creative architect, not only must you be capable of doing anything, you also have to do it. Work, work, work: that’s the motto.

But architecture is maximalist not only in this quantitative sense. It also has a penchant for maximalist designs – not lots, but huge. Perhaps the world’s two most discussed architecture projects of the moment are Daniel Libeskind’s design for Ground Zero and Peter Eisenman’s Holocaust Monument in Berlin. Both these projects revolve around filling a traumatic absence, both physically and morally. They both involve building in a place touched by evil, and in both cases the solution is a gesture of maximal dimensions: the biggest monument and the tallest tower in the world. Proposals also existed for both these sites which aimed at the exact opposite. They were small, subtle suggestions that did not aim so much to negate the emptiness as to mark it. These designs have remained practically unknown, even among architects, and of course they did not stand a chance of ever being built.

There are few practitioners of merely marking an idea. What counts is positing a maximal universe. It must be completely worked out, leaving neither questions open nor the least gap unfilled. Architecture is fond of the complete makeover, of retouching reality rather than adding a subtle touch. Architecture always wants to strategize, even if tactics are obviously a better option.

‘Architecture must go beyond itself’ was the motto of Volume’s first issue. We illustrated some new areas of application for architectural intelligence, beyond building. Math, medicine, literature, visual arts, satellite technology… these areas also present a choice between doing a huge amount or a very tiny amount. There, too, we see the differences between the will to power, the will to understanding, the will to beauty, the will to serve society and even the will to destruction. Doing things is a question of degrees. That is what this issue is about: an analysis of the architectural Will and how to decide on the right dose. 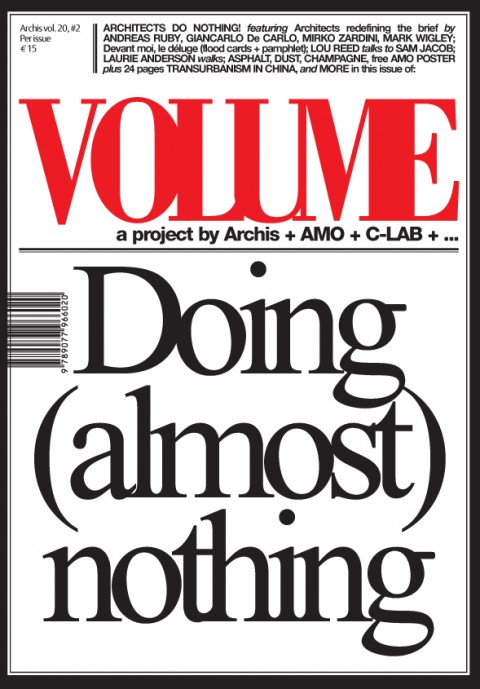 This article is part of Volume #2, ‘Doing (Almost) Nothing’.

This piece appears in Volume #2: Doing (Almost) Nothing.