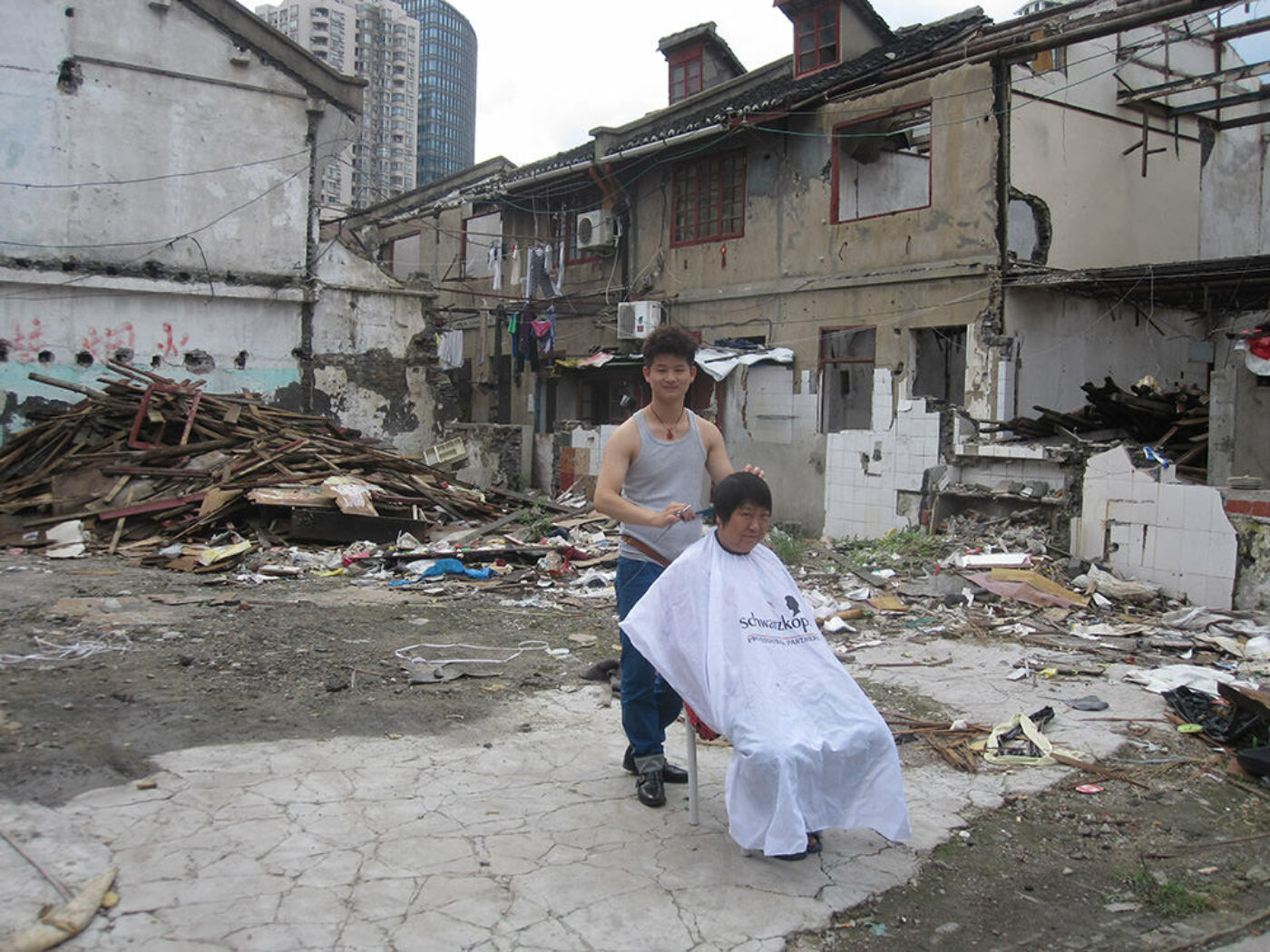 According to official statistics China’s urbanization rate was 52.57 percent in 2012, but according to China’s Hukou system this number nowadays is still below 35 percent! The discrepancy is caused by at least 250,000,000 peasants without urban Hukou status living in urban areas, the so-called floating population. Without urban Hukou they cannot equally benefit from urban amenities such as education, employment, medical care, retirement programs, affordable housing, and other basic public services. In fact these urban-based peasants are excluded from living a complete urban lifestyle. Although China sees it as its primary task “to civilize the whole nation by turning its agricultural population into orderly citizens”, urbanization seems mainly used as an engine to stimulate economic growth. An essential tool to guide urbanization is the process of converting rural Hukous into urban Hukous. However, this process is complex, and receives loads of critique, nationally and internationally. There seems to be no easy solution, especially since economic forces are overruling the people’s quality of life.

A Hukou is in essence a household registration system. Physically it is a card with personal identification information (location and date of birth of all family members, marriages, divorces, jobs, and moves). To understand the current problems and discourse it is necessary to go back to the source of this system, which is deeply rooted in China’s society. The current Hukou system was set up in 1958 in order to control mass urbanization. Its origin dates from the early Xia Dynasty (c. 2100 BC – 1600 BC) when there was a similar policy for social control. During the Zhou Dynasty (7th century BC) this system was further formalized, especially regarding migration, which became impossible without official permit. In 1955 the Central Government issued (temporary) management methods to link the Hukou system with food supply to persuade farmers to stay on their land and stabilize agriculture production. No state-subsidized food was supplied to the non-urban population. Peasants where regarded as self-sufficient.

Early in 1958 the People’s Republic of Household Registration Ordinance made a formal distinction between urban and rural Hukous. Both migration from rural areas, and from small cities to big cities where strictly limited. Perhaps this is the unintended – since Mao was anti-urban, especially anti-bourgeoisie – starting point for the current-day schizophrenic condition in society, with on the one side ‘haves’ (urban households) and on the other side ‘have nots’ (rural households). Mao’s ‘Great Leap’ and ‘People’s Commune’ movements where meant to stimulate urban and rural development simultaneously and to “develop a high social productivity and national industrialism” via social reorganization. By means of the Hukou the central government was able to intervene in agricultural and industrial production. Also public life became strictly controlled, including education, employment, and marriage. However, this also resulted in local labor shortages and finally the disastrous Great Famine. The fact that most casualties of starvation belonged to the rural population underlined that already then the urban Hukou had more value, since it gave access to subsidized food, and other daily consumer materials.

In 1975, China formally cancelled free migration by law, also between cities. But during the late 80s, huge amounts of migrants started moving to cities again, since there was hope for a better future. In the rural areas the People’s Communes ended and local enterprises (in collective ownership) grew fast, though strictly controlled by local party leaders. Nationally migration was further restricted by Hukous, aimed to control the growing gap between prosperous cities and a backward third world countryside. It didn’t work out this way since the wealth gap made many decide to migrate anyhow. Simultaneously a fiscal decentralization started and local governments discovered they could earn loads of money by selling (temporary) urban Hukous to highly educated and skilled elites.

In short the Hukou regime can be roughly split up into three phases. In the first phase, during Mao’s time, the Communist Party had dual goals: the collective transformation of agriculture and development of Soviet-style heavy industries. The idea was that by limiting people’s access to work, food and services, the balance between rural and urban populations could be controlled. The next phase started when Deng Xiaoping came to power in 1979 and China opened its doors. The focus shifted to exploiting (cheap) peasant labor as a backbone for China’s manufacturing and export orientated economy. During a third phase limitations on migration where loosened, resulting in new massive migration streams to coastal provinces, mainly to Special Economic Zones. Due to the transformation from state socialism to state capitalism the Hukou system lost its intentional purpose. Peasants will definitely contribute to another economic boost when their Hukous will be transformed into urban ones. However, it seems nearly impossible to abolish this almost feudal system.

Today an urban Hukou is still extremely valuable, since it gives direct access to better social welfare and public services such as education, medical care, housing, and employment. The before-mentioned floating population contributes essentially to China’s economic wonder. However, these people are deemed to live on the margins of urban society. They are even frequently discriminated against and regarded as a source for crime, diseases, and violating the birth-control policy. As second-rank citizens they are not allowed to buy a house or register a car (license plate), even if they can afford it. One needs to present their Hukou in daily life, for example when buying train tickets. Their children are not allowed to enroll in schools and need to stay with their grandparents in their hometown. To enroll for universities strict selections are made in rural areas. The ones left behind lead semi-self-sufficient lives, not able to enter the market, which increases the gap. There are several cities that have tried to open up the system, but these are the ones that are not attractive, or only aiming for an elite through strict financial pre-conditions.

Critics like Kam Wing Chan and Will Buckingham ­– who compared China’s Hukou system before with India’s cast system and even named it ‘rural-urban apartheid’ – argued in their studies on Hukou that there has been “no significant change in the nature of the Hukou system” unless many policies change (1). According to them, reforms so far are “only a decentralization of powers to local governments.” This devolution of responsibilities even made the situation of peasants worse than before.

The disparity between urban and rural Hukou holders has severe consequences. It created social and economic segregation. It also hinders cultural and linguistic unification (almost half the nation cannot speak the national ‘Putonghua’ Mandarin). It limits urbanization, but indirectly also limits agricultural modernization. More serious is the limited free flow of knowledge and skilled people and the inherent related growth of social inequalities, also between and even inside cities. In daily life one can see the disparity in the streets, in the subway, and at work. Very banal, one can see countless walls surrounding residential communities, partly a heritage of the danwei-system to strengthen a feeling of community, but moreover also to protect newly acquired properties and to exclude others.

Many international experts regard the Hukou system as an obstacle for the market-economy. Ending the Hukou system will be another enormous stimulus for urban growth and consumption. However, it also means enormous costs for local authorities that will become responsible for social welfare and public facilities for the quarter billion unregistered peasants. In calculating the local GDP (which is on a per-capita basis) a hukou reform will have negative impact on performance statistics, so city mayors are not looking forward to it. Since the financial position of many local governments is rather precarious this became an extremely sensitive political issue.
According to some critics in state media the only way to reach Hukou reform is a reform of land-use rights. Rural people should be able to benefit more from sales of their land for real estate development. However this will increase uncontrolled urban sprawl dramatically.

On March 6th 2013, Premier Wen Jiabao promised to “speed up reform of the Hukou system to proceed with urbanization.” This was also a key issue at the Third Plenum of the 18th Communist Party of China in November this year: “Urban and rural societies need to be integrated.” (2) To reach this, a Hukou reform is crucial, but there also is a fear that liberalization will result in uncontrolled massive migration and perhaps social instability. On the 15th of December 2013, the central government held another meeting about urbanization during which they agreed to totally open up the Hukou limitations for small towns; for mid-size cities there will be fewer limitations; and for certain big cities and mega cities there will be stricter limitations. (3) Especially for Beijing, Shanghai, Guangzhou, and Shenzhen, the policy will be tightened as a countermeasure against problems like serious smog. Hence mid-sized towns and small cities will become the core and main direction of a new urbanization direction. According to various experts, this transformation into a new regime will be gradually introduced in the coming decade, for sure not overnight.

It is obvious that an abrupt ending of the hukou system will have dramatic consequences – perhaps even social and economic instability. Chinese cities are a fascinating mixture of third world and first world conditions, which are somehow complementary but at the same time confronting. But by maintaining a system based on inequalities for too long, another socio-economic time bomb might arise.