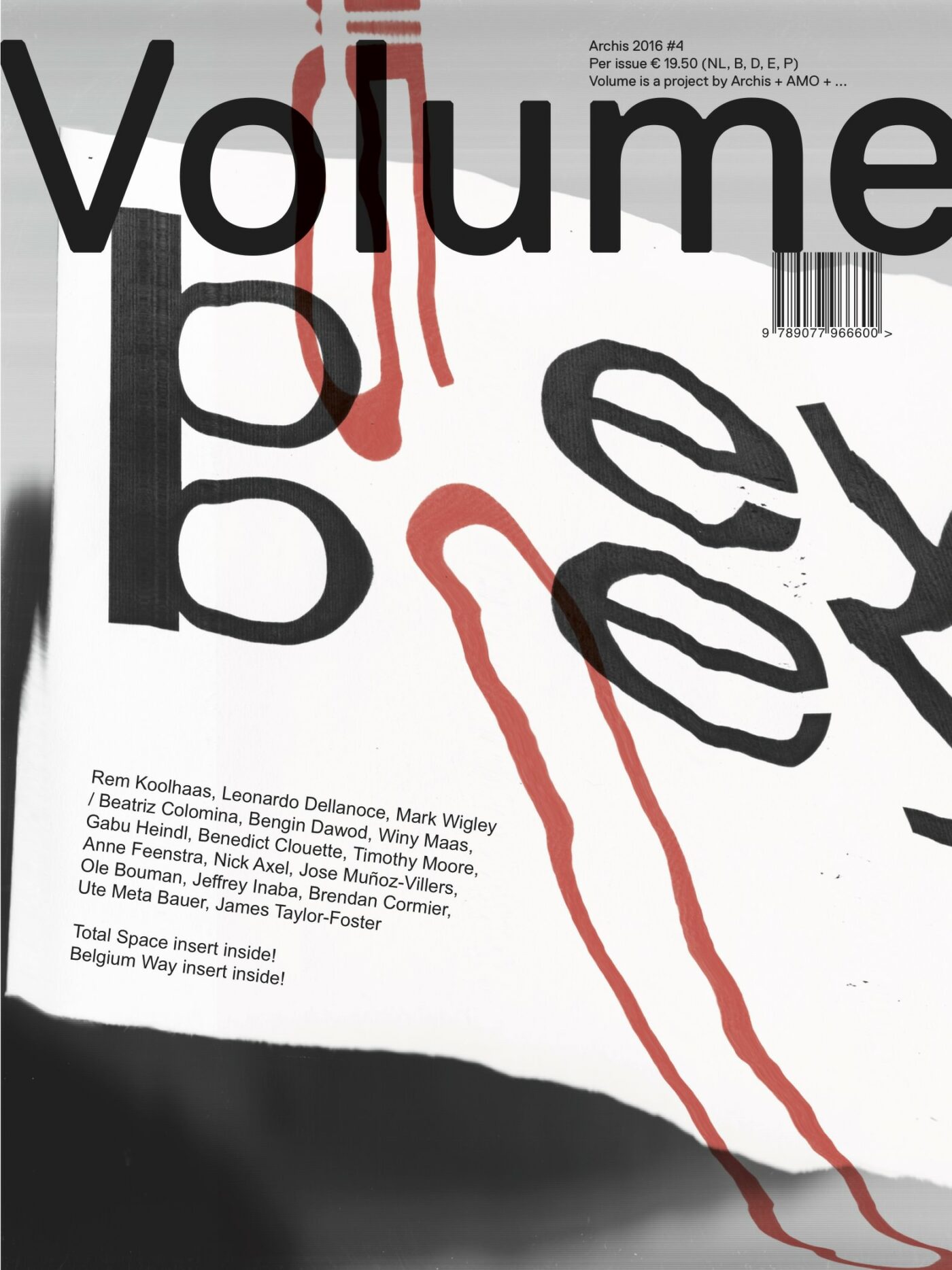 Moving forward implies looking back. When we started this research engine called VOLUME in 2005, economic, political, and social conditions were very different to how they are today. The intention to rethink the agency of ‘beyond’ as driver for change inevitably means historicizing the trajectory of the VOLUME project so far. That said, we really didn’t want to turn VOLUME itself into the subject of reflection. So we’ll instead talk about the present and, in so doing, find history creeping its way in whether we like it or not.

In 2005, when VOLUME began, the notion of ‘going beyond’ was able to be introduced as a much needed upset of the (by and large) self-indulgent situation that western architecture found itself in; in other words, an escape route worth exploring. But where are we today?

The present condition is so surprising and confusing, so disturbed and hilarious, so ‘beyond’ in many ways that longing for some stability, and asking for certainty and confirmation, might seem a fair reflex. Shouldn’t we just stop questioning, stop moving into ever more uncharted territories? The very asking of the question is begging the answer: of course we will continue to.

Perhaps one example suffices to make the point. On page 49 you’ll find a photo that embodies some dilemmas involved in observing spatial realities. It sums up a quest that architecture and urbanism have been occupied with during the last hundred years. The Modernist apartment building adjacent to what could be described as a favela or shantytown was the emancipating alternative to the poor living conditions existing literally next door. It took a couple of decades to discover that this alternative, this recipe to cure society and the city in particular, was not without flaws. And it took another couple of decades to become aware of some qualities of the bidonville that the Modernist high rise simply couldn’t provide. This observation may lead us to a simple conclusion: flat = wrong, slum = good. Well, maybe not. Perhaps this is the point at which VOLUME wants to step in in order to ask us to stop romanticizing and to begin a discussion on cultural identity and economic stability as prerequisites for at least a minimum level of fairness and equality. We cannot get rid of these notions – fairness and equality – of engagement, and, put simply, we don’t want to.

The VOLUME project has been an exercise in lateral thinking as an effective means to an end. Today that requires a different method. We’ll still go ‘beyond’ but, instead of scanning wide, we’ll rather be drilling deep. To mark this shift in orientation, we’ll stop using ‘beyond’ as denominator of VOLUME’s themes. We’ll take a bit more ‘drilling time’ in order to explore the themes that we identify as relevant in depth, and expand our package of actions and interventions.* Information is everywhere and this world is a complex one; to make sense out of it is the rarer good. Stay tuned.

The Empire Strikes Back?