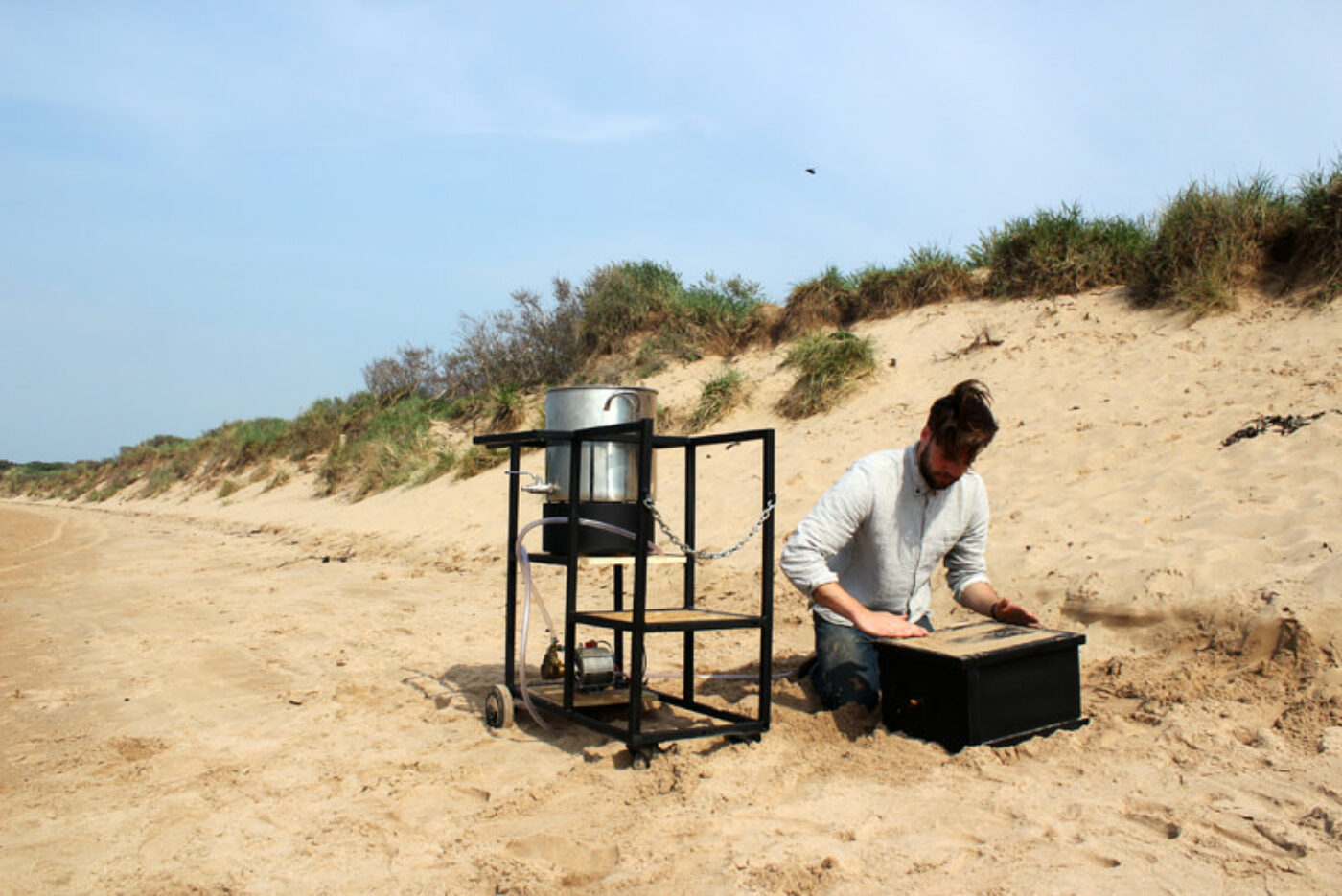 Below Volume’s choice and remarks.

The best student projects submitted by no less than 36 schools show a wide variety in cultures (both cultural backgrounds of individual students and specific design cultures in schools), attitudes and ambitions. For me the most striking, when leafing through this pile of projects, is the struggle with culture in these globalized times. Students from all over study in Eindhoven, Lausanne, or London, bringing their cultural background to these new contexts. This confrontation shows in the way they address their thesis projects, often a cross-over of deeply ingrained tradition and current technology. Another striking thing is how strong this ephemeral notion called ‘design attitude’ is influenced by the school. The seriousness and craftsmanship demonstrated in Bergen is ways apart from the conceptual struggles in Amsterdam (Rietveld/Sandberg) and Eindhoven. The difference between schools that produce sexy design as veneer, and those that make an effort to rethink the product integrally is also present. There are some great inventions (not products yet), like glasses that help the dentist to drill up to, instead of into the nerve of your tooth. Or pretty silly products, like a foldable tent-like privacy hood to shield one’s laptop screen from foreign eyes  in public places. Not really what we’ve been waiting for in NSA dominated times.

Selecting favorites is tricky business, since the amount of information varies and the backgrounds of specific projects are often missing. Most of the time one has to judge at face value; complexities that don’t show in the product are lost in this kind of selection process. And without an image the project doesn’t stand a chance. Take for example three projects I have seen at the HKU in Utrecht as examiner: Hera Kusyuniansari created an alternative strategy to the ubiquitous and loud ad campaigns to brand products today, called ‘shy branding’. An intriguing project that can be explained and fleshed out in a campaign and process design, but hardly summed up in an image. Or Marije Holwerda’s idea to create an online social media based on hand writing, reintroducing a personal dimension in communication now almost being lost. They are both from Editorial Design. Or Interior Design student Addiena Irzan who proposed the reuse of unfinished hotel buildings on Bali as a hotel/housing combination, where tourists can stay with families and get closer to local culture. It is an answer to destructive and alienating  mass tourism industry that drains profits to other countries, kills the local economy and leaves the local population impoverished and dependent. A truly interesting and potentially viable project, but not an interesting picture, since it doesn’t show stunning design.

So what are we looking for then? What strikes the eye and challenges the mind? Not wooden chairs, how beautifully designed and constructed they may be, or a more sustainable way of producing stuff we already have and know (a biodegradable lamp shade etc), no matter how important this kind of inventiveness currently is. Within the selection restriction mentioned above, my pick of the day is:

Mugi Yamamoto (ECAL, Lausanne; Industrial Design). His/her photocopier without paper tray is close to a gimmick, but strong enough as cultural comment to survive that accusation. The copier is placed on top of the pile of blank sheets and ‘eats’ its way down. The copier gets rid of a vulnerable component, but more interestingly physically shows what it is doing. It creates another awareness of what ‘we’ are doing. This isn’t solving problems, really, but demonstrating an attitude that’s creative.

Moran Krigsman (Bezalel, Jerusalem; Industrial Design). What looks like not very beautiful jewelry is actually a means to amplify sound in such a way that it is being felt. Wearing these ‘hearing aids’ creates a more enveloping sound experience. Skin and bone are activated as organs to hear. As such an interesting idea, but also in comparison to loads of projects trying to help visually impaired people by creating beepers of some kind, this (unintentionally?) creates a level playing field for both visually handicapped and non- handicapped. Actually this project proved the opposite: it is us, the sighted community who are handicapped, not making proper use of all of our senses.

Alex Schiel or Peter Trimble (both ECA, Edinburgh; Product Design). Their individual projects make use of the same 3D printing technique, they both demonstrate potential, but to radically different ends. Alex Schiel created a 3D printed gun in parts, that therefore is not detectible with current scan technologies. He is the hacker showing the vulnerability of our systems. Peter Trimble demonstrates that you can 3D print building blocks in the desert from sand adding a teaspoon full of bacteria. The whole operation can be done with the use of solar panels, so completely off the grid. The image of a tent in the desert with hi tech devices suggests a terrorist cell in action, but his contribution is a more constructive one.

Any Questions for Winy Maas?