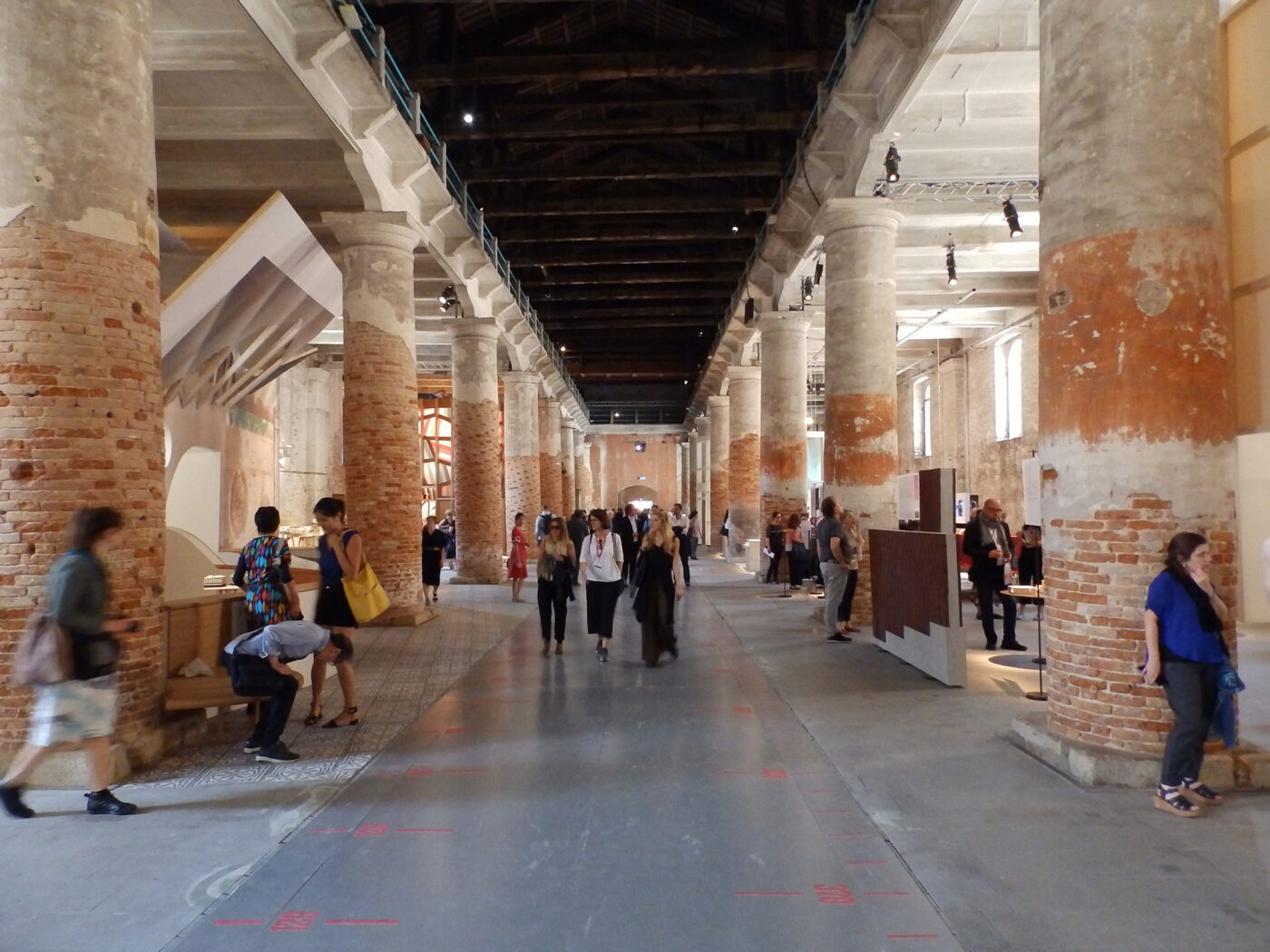 While the 16th edition of the Architecture Biennale in Venice is coming to an end, Ole Bouman reflects on its success, addressing particularly the overwhelming beauty and charm of the city’s architecture.

Generosity might be a given, but never a gift.

Venice is a generous city, although most people probably wouldn’t say so. They may remember it as very expensive. Despite the capricious pricing you may run into, at the end of the day, you may realize that the value of what you have experienced, as well as the beauty of what you have seen, outweighs any charge by definition. Venice is priceless. Its generosity is a given – an act beyond any human’s intention.

Venice is also a freespace, quoting the other keyword next to ‘generosity’ from this year’s Biennale di Archittetura’s statement of purpose. Curators Yvonne Farrell and Shelley McNamara herald architecture’s power to “emphasize nature’s free gifts: light, air, gravity, materials” – or, in other words, the qualities that an architect can be freely generous with.  While most architectures in Venice were built for private use and for private interests, the city almost overwhelms the visitors by its inescapable public splendor. There is so much beauty that it cannot be hidden from the public eyes. Redentore, Querini Stampalia, or Punta della Dogana, are but three of these marvels, and their visual effects are indifferent to faith, geography, or even cultural inclination. Their grandeur is far greater than the purpose they were made for and as a consequence, their cultural value is much larger than any ticket price.

As decades of biennales have proved, Venice has a charm that outperforms any curator’s statement, any biennale theme, any Golden Lion, and even the exhibition. One could say: any play is great, whereas its stage is even greater. Any biennale’s claim to contemporary fame is bearable, or even acceptable, but it is dwarfed by the centuries-old glory of a world wonder. And that’s why every two years the global professional community gathers again to not just see the show, but meet each other against the backdrop of the ultimate protagonist: Venice itself.

Social respect and admiration for architecture are often derived from this magnetism, and are manifested by the intensity of experiencing it. Respect for the discipline is eventually not founded on intention or on an agenda. This simple insight invokes the awkwardness of so many architectural exhibitions and publications, which cannot but represent an intention or interpretation over the real thing. And it explains why more or less all architectural exhibitions fail to prove their point to anyone outside the discourse of architecture, or to a large group of people who would rather love or hate architecture than make a lengthy effort to understand it.

Being a truism for any architectural exhibition, in Venice this rift is felt to the extreme. How can one make sense of some statement on the essence of architecture when the architecture that frames it has already proven its main point to a heavenly degree?

So, here we have a predicament for the curatorial team of every biennale: proving a point with, at best, only circumstantial evidence. And even more for the current exhibition, where the curators claims generosity and freespace as a theorem, which has already been made abundantly clear on the walk towards the exhibits – particularly because this curatorial team was selected exactly because it so elegantly proved this point already in its own built work rather than through the theoretical statements about it. How to still make a meaningful point when this point has been made already?

The need to exert these qualities about architecture is only necessary when there is doubt about their importance or current relevance. If respect and admiration for architecture would be unchallenged, there would be no need to demand it. However, in the contemporary climate, architecture is in bad need of a self-confident practice that would prove its power by examples, instead of hopelessly claiming it in an architecture-hostile world.

These observations permit a new evaluation of quality in the Biennale’s vast exhibition. This quality is rare and derives from the experience of feeling the effect of an exhibit, rather than studying its message. With these criteria, the Swiss pavilion was a deserving winner of the Golden Lion for the best exhibition. It is simply sharing architectural ingenuity by letting you in and, slightly more difficult, letting you out, and everything in between. In parallel, Kenneth Frampton, winner of the lifetime achievement award, shared his sharp mind with generations of students who, even when they disagreed, sharpened their mind as well. Awarded were real facts, not claims.

Ole Bouman is the Director of Design Society, Shenzhen.

This piece appears in Volume 54: On Biennials.