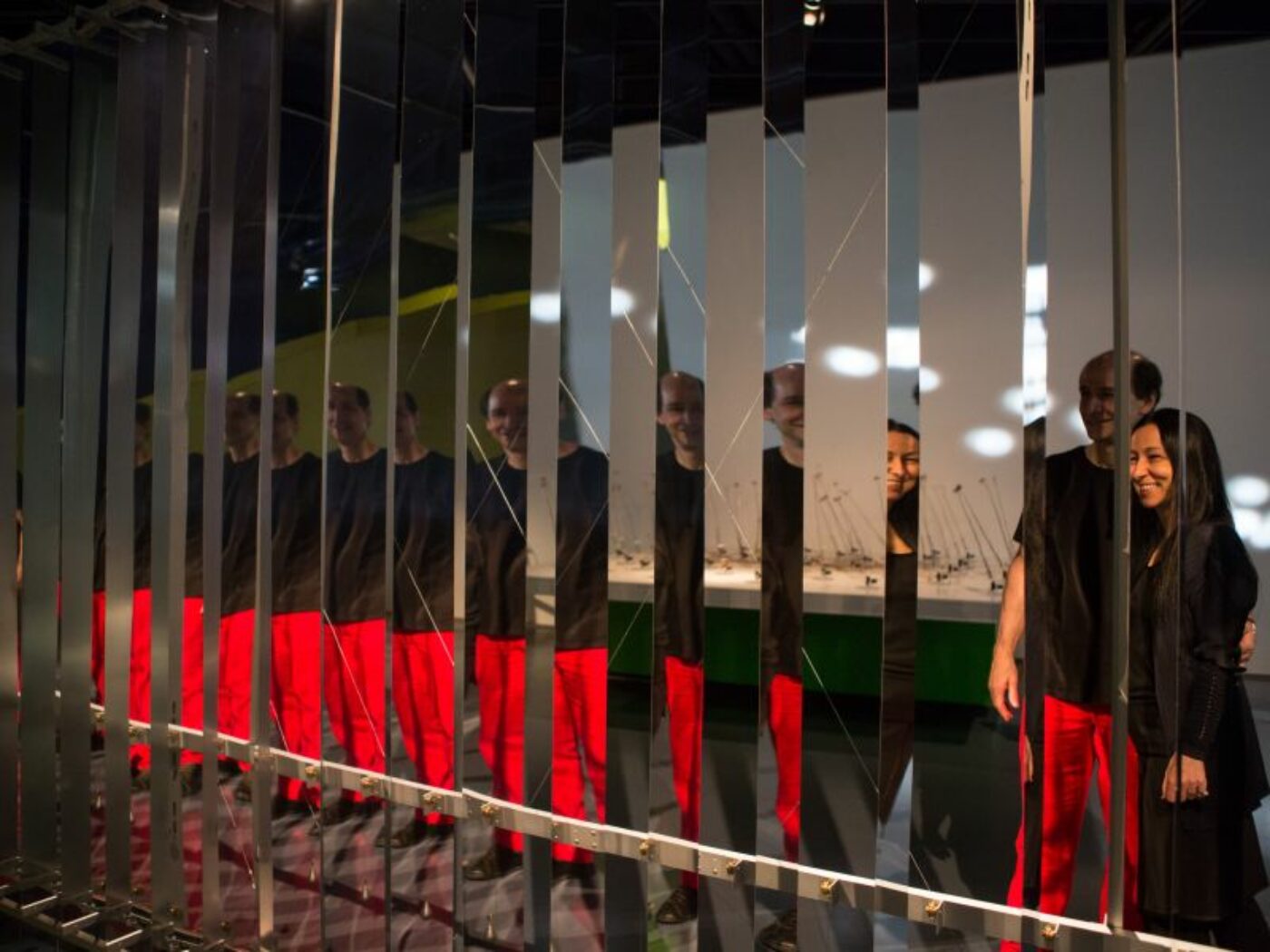 Although the intrinsic immateriality of the digital realm is by nature opposed to the tangible society we live in, its architecture has been designed and shaped by humans and comes with direct consequences in user’s lives and behavioural patterns. For years, the digital space has been the topic of numerous papers and studies; to Yin Aiwen, it is now time to work on a new school of thought that would be the foundation of a wider societal reflexion on the Digital, through the discipline of ‘Cyber-urbanism’.

The fabrication of cyberspace is no longer an 8-bit render of the physical world, but has become its own universe. By agglutinating our attention onto their products, a few corporations puppeteer our everyday life and mind space. Their private interests grind over the traditional institutional power while claiming they have always been the David against the Goliath. The users – the labor, the product, the consumer and the subject of surveillance – don’t even have a seat at the table.

Activists implore users to be mindful in their everyday encounter with the digital and to practice privacy in an almost ritualistic way. Protest becomes a zero-sum game between accepting terms of service or deleting accounts. It is a futile attempt to get to the bottom of the code and terms of services, or to condemn one software after another. The only thing we have left to do is to threaten to leave. But when the digital becomes the everyday infrastructure, these actions trade our right to live socially for the hope that we can preserve our right to privacy.

Silicon Valley’s user experience design (UX) always assumes the user is alone with the product. It is a thinking tool that pre-programs users as isolated laborers who are unable to unite, even if the companies always claim that they help you to connect. Yet it is also the same thinking tool that designs a product that is meant to accommodate daily activities at the scale of a mega-metropolis. Imagine how repressive that urban life would be.

We need to make our own tool. A tool that does not think from the ‘user-product’ binary, but sees the product as the medium for the relationship among users. Instead of turning everyone on the web into an alienated user, we need a tool that focuses on our relationships with each other, and cares about the collective dynamic as a whole. It is ‘Medium Design’1, except this version would focus less on the abstraction of the city that Keller Easterling advocates, than on the city of the abstraction: the world of the digital.

It is less counter-intuitive than you might think to juxtapose the design of the digital world with urbanism. Architects predicted the internet2 before it took shape, and some of their philosophies have made the bed for design thinking in the making of the cybernetic.3 But those pre-internet proposals were illustrating their utopia with biased eyes. They couldn’t foresee that transparency would become a euphemism for surveillance. The free-flowing space generates ambiguity between the private and the public and paralyzes the users’ abilities to navigate the digital world. The ambivalence of spatiality and the design of disorientation gave immense freedom to corporations to excuse themselves from the responsibility for people’s sense of security and need for privacy.

We need urbanism in the digital. Not the top-down urban planning that is practiced by a handful of people, but the thinking tool that approaches cyberspace with an integral view of public and private lives, their flows and exchanges, and their progressions as a whole. Cyber-urbanism is the mindset that a design has to be ready for a common mass and for a long-term progression. It is beyond the private interests of the present moment – it encompasses the sense of the responsibility to subsume social conflict and reduce crime, which sees to the life and death of a network of human and non-human actors.

Good design should not confuse convenience with the deprivation of agency. It should lower the threshold of participation while giving space for interpretation and misuse. Instead of being designed to be button-pushers, users deserve to be considered as adequately intelligent agents who are able to manipulate their tools.

Cyber-urbanism aims to enable people to voice their distress even if they don’t have the vocabulary to do so. It asks for the discussions to take place in more visual, more engaging, more accessible ways, and provides impactful tools for proposals that express the concerns of a multifarious mass, address solidarity in the digital and institutionalize users’ rights.

Cyber-urbanism implies reclaiming the common in cyberspace: not only in the sense that there is a need for social spaces that are not owned by private corporations, but also that the design of those spaces has to be thought through the relationships among the users, the common good, the multifaceted urban life that one can maneuver with. It must aim to liberate the users from an alienated position, and empower them for unions.

Here is a first attempt to propose the making of Cyber-urbanism in five aspects:

A strategic set of actions for users’ rights and agency does not have to go against corporate interests and the state agenda. Rather cyber-urbanism can benefit tech corporations by helping them to gain a different perspective and lawmakers, who are searching for a position in this brave new world, could use it as a reference point. It is for everyone’s benefit to address users’ interests adequately.

We should prepare that the visualization of cyberspace will not end up looking like physical architecture. We won’t be exactly familiar with its shapes and forms but we should be able to immerse ourselves with it instinctively. After all, the materials that made the digital and the physical world that we are living in are so fundamentally different. But a common element can be found in how they are measured, which is through the human sensorium.

Cyber-urbanism is (if ever) not only about implementing urbanism-thinking into the digital, but it also poses fundamental questions to architects and urbanists: what is space when no dimension can be measured, what is a body when it vanishes into pixels, what is city when no tangible material exists? No matter if it is urbanism or cyber-urbanism, these are systems we have made to measure our relationship with our surroundings, with the non-human, and with each other. Can urbanism become a thinking tool that transcends the material forms?

To find out more and get involved, please visit http://urbanizing.digital