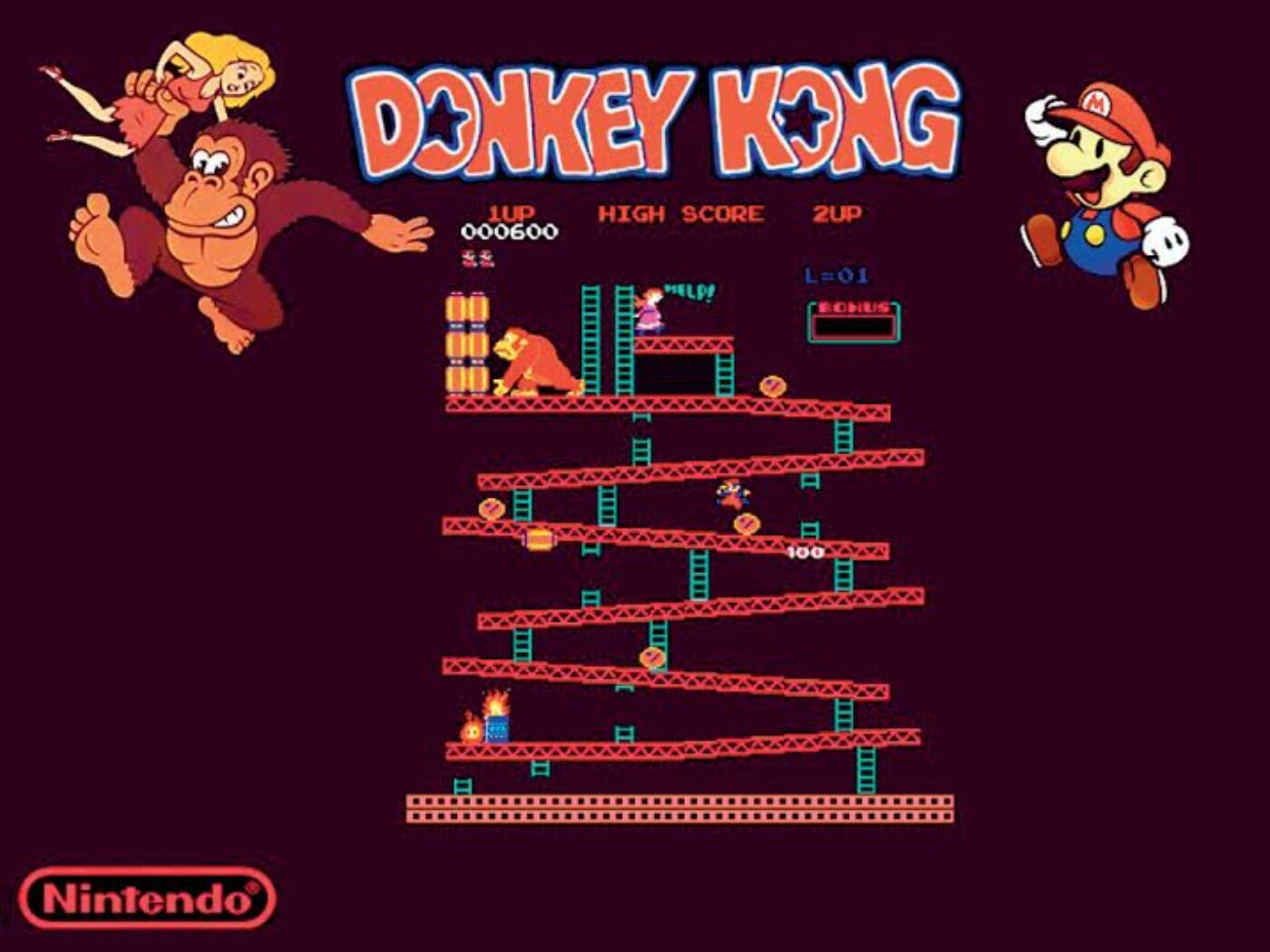 Gaming is an interesting field of experimentation in simulating the urban environment. It also has the potential to help in the design of buildings and cities. Among the promising aspects of gaming are the decentralized and local processes that are currently applied in the latest generation of multiuser games.

Historically, cities sprang up along routes over land and water – Amsterdam on the river Amstel, New York on the Hudson – but the planning of new cities or neighborhoods takes many years. Many contemporary and booming cities like Beijing and Bangalore are struggling to plan and construct their infrastructure. They are doomed to fail in that endeavor because of complex and top down decision making processes and the rapidly growing population and economy. Another way of tackling this problem might be to consider the city as a network organization and to allow for a more dynamic and flexible process of urban design: New Beijing on the Digital Delta. This seems possible with the revolution brought about by the so called Internet of Things. Put more precisely, the self-organizing procedures of digital communities can inspire today’s architects. ‘Game Design’ and ‘Wisdom of the Crowd’ are the future instruments to play design our new cities. Contemporary game designers are also interested in these instruments. They are traditionally perceived as the sole authors of game mechanics. In modern games, ‘open ended play’ allows gamers to design and restructure the game play in open communities. Here we will show four examples of play design for urban planning and decision making based on a more decentralized and local process.

The forerunner of all console game genres is considered to be the ball and paddle game Pong. In 1973, after the success of the original Pong coin op, an Atari engineer by the name of Harold Lee came up with the idea of a home Pong unit. Pong could be played on the TV at home. Many of the concepts for arcade video games where ported by Atari to different consoles, thus creating a mass market. The Atari 2600, released in 1977, was the fi rst successful video game console to use plugin cartridges instead of having one or more games built in. Almost all the earliest video games were action games. Donkey Kong (Fig. 1), an arcade game created by Nintendo and released in July 1981, was the first game that allowed players to jump over obstacles and across gaps, making it the first true platformer and as such adding a spatial dimension to the concept of play, the so called ‘game space’. This game also introduced Mario, an icon of the genre. Mario paved the way for more advanced forms of interaction and ludic activity like roleplaying. These video games (RPG) draw their gameplay from traditional roleplaying games like Dungeons & Dragons. Most cast the player in the role of one or more ‘adventurers’ who specialize in specific skill sets such as engaging in melee combat or casting  magic spells while progressing through a predetermined story line. In the mid to late 1990s, massively multiplayer online roleplaying games, or MMORPGs, emerged.

These highly commercial ‘multiuser dungeons’ (multiplayer real-time virtual worlds) involve up to hundreds of players interacting with one another in the same persistent world in real-time. This added the second dimension to the concept of digital play, namely ‘interaction space’, which allows more meaningful play as gamers were able to communicate, decide, and create. To support this interaction, not limited to display and key board, designers and artists created inter active environments based on the projection of video images and interactive sound. An example is Daisies by Theodore Watson in 2005 (Fig. 2). In this interactive installation, daisies are projected onto a floor to create an immersive game experience in which the user is central. You walk over the daisies and they die under your feet, only to quickly grow back a few seconds later. This is a simple example of ‘experience design’.2 As a consequence of above mentioned Internet of Things, the latest trend in contemporary gaming involves supporting these play environments with advanced interaction based on sensory input, the integration of different modalities, tangible computing, and the analysis of human behavior. An example is Dance Dance Revolution and other games on the Nintendo Wii and Microsoft’s Kinect (Fig. 3). No other post Pong genre has been as revolutionary in terms of defining digital game space or melding the real and virtual worlds.

Pervasive and locative games explore real and digital space and use aspects from ambient intelligence. A location based game, or location enabled game, is one in which the gameplay evolves and progresses according to a player’s location. Thus, location based games in many cases support some kind of localization technology, for example by using satellite positioning (GPS). Urban Gaming or Street Games are typically multiplayer, location based games. An example of such a pervasive game is GeoCaching (2010) (Fig. 4), treasure hunting with the help of GPS, a popular activity in which players search hidden caches around the world. Other players have created the caches and puzzles. In Parallel Kingdom (2010) (Fig. 5), players use their location aware telephone to conquer different areas of the map.

Ambient systems are:
– Embedded: many networked devices are integrated into the environment.
– Context aware: these devices can recognize you and your situational context.
– Personalized: they can be tailored to your needs.
– Adaptive: they can change in response to you.
– Anticipatory: they can anticipate your desires without conscious mediation.

The playground is the current real world location, which is constantly changed by the players who travel around the real world. In all these examples, the playground is the city itself. The term ‘gamification’ of the city is often used. An urban game adds an extra layer of interactivity to the urban space. What could this space of interaction offer the new citizen, where the boundaries between public and private no longer need to coincide with traditional inside outside architecture? In his 2007 article ‘Tactics for a Playful City’, the British architectural historian Iain Borden mentions eight interaction spaces or tactics: Performance, Media, Uncertainty & Risk, Provisional Identities, Fluidity, Interventions, Play, and Emotions. Space that is not always functional and can be explored, reconstructed and reimagined. Architecture that is temporary, according to your personal situation, such as your age. A city as the realization of an imaginary space in which you can explore your identity through experiences, or where you can relate to other citizens by sharing interests or activities. Some of these qualities have already been realized in game design and other playful interactions. During the Venice Biennale, games will be presented on urban screens in Venice and the Netherlands, creating a museum without walls, a city without boundaries.

Architecture, and not only architecture, faces economic, technological, and ecological problems.5 Architecture still adopts a mechanistic view of technology. Infrastructural projects are connected in our minds with ‘big’, ‘scale’, ‘expensive’, ‘complex’, and ‘central’. Is it possible to make roads, sewage systems, and other infrastructural works in a decentralized way while still maintaining a balance in terms of cost, efficiency and energy consumption? One thing is certain: the importance of design, be it of social networks or gaming or you name it, should be an alternative to existing top down decision making processes, which allow for more involvement, flexibility, and co-creation. Our modern experiences, though intimate, are increasingly networked, interconnected, and part of a greater whole that requires a new kind of book, software, or sense of the city to talk about them. Design and technology should be about the one thing sorely lack ing: creating meaning for people. Design should be like a good book: intimate and ultimately human centered. In order to develop such a coherent, synergic vision of the cities of tomorrow, we need to take a multi-stakeholder approach. Cities must be places where people not only live but also enjoy to live; places where work, leisure, residential, and commercial areas merge in harmony. And the vision must be developed together by urbanists, sociologists, artists, and technologists. We therefore need a multicultural and multi-stakeholder approach to start a movement that identifies sustainable development paths for our cities.