Faraway So Close: the work of Kashef Chowdhury – interview with Niklaus Graber 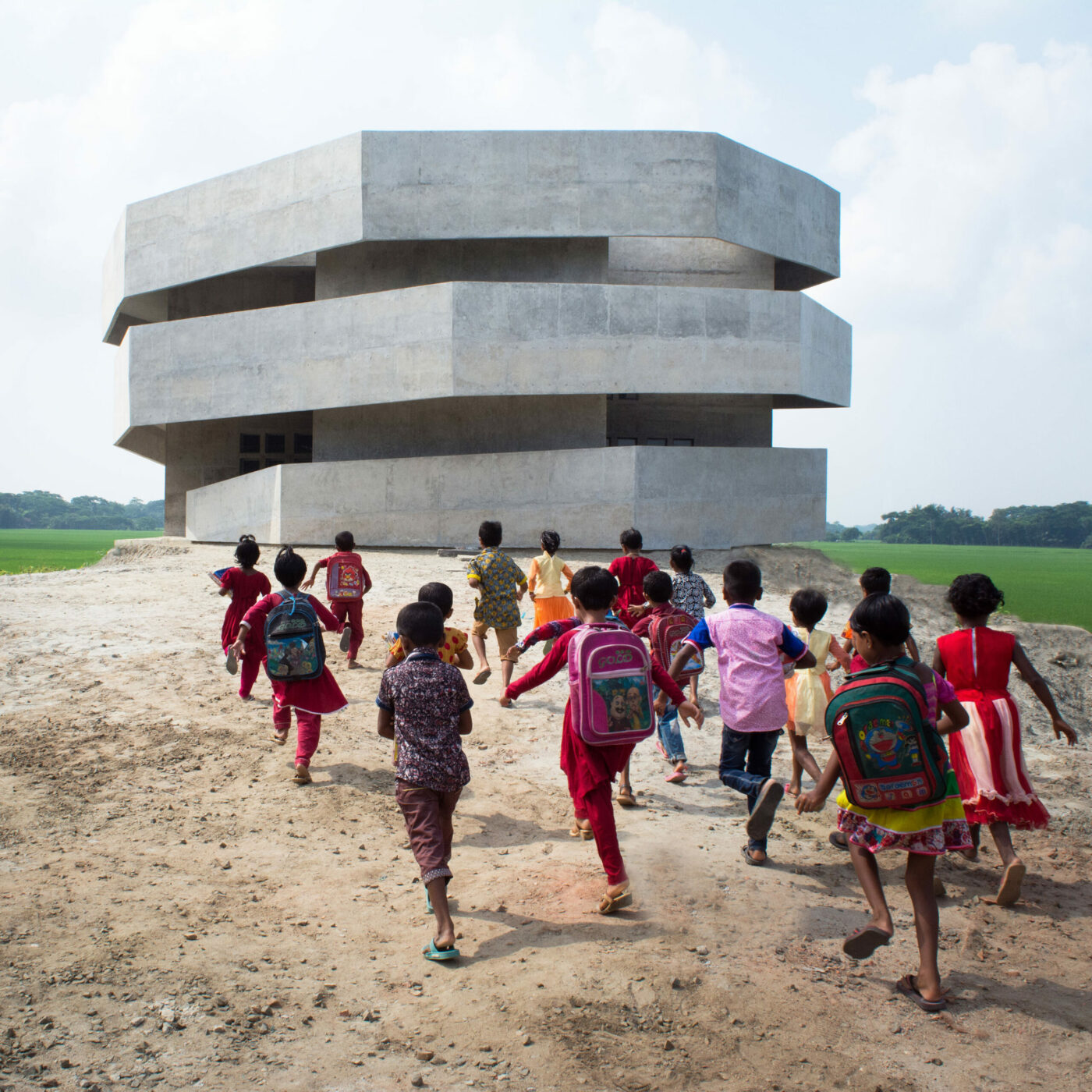 In the Archizoom gallery of the EPFL, Lausanne, this fall ‘Faraway So Close’ is on show, presenting the work of Kashef Chowdhury. Christophe Catsaros sat with its curator, Niklaus Graber to discuss the relevance of this work and subject.

Niklaus Graber: Contemporary Bangladeshi architecture was not really a feature in the global conversation, but this is changing thanks to architects such as Kashef Chowdhury, whose work is extremely relevant. Chowdhury is an architect who is known in his country, having been awarded the Aga Khan prize for the Friendship Centre. Yet there is less familiarity with his work in the West. His work is dense, diverse and coherent, and it incorporates many of the aspects highlighted in Bengal Stream, the exhibition at SAM devoted to Banglasdesh’s architectural scene.1
Devoting a monographic exhibition to him gives us the opportunity to further explore particular themes, revealing an extraordinary perspective. Although Kashef Chowdhury’s work is representative of an entire region, his signature remains original and very personal. He is interesting in that he follows simultaneously different paths: one more commercial, the other more communal, one urban and the other rural. He’s someone who tries everything without ever losing the link with a true architectural culture. His confidence in the potential of architecture remains a constant in his work.

CC: Is this interest in Bangladesh, in 2019, a way of looking from a different angle at major issues in an Alpine context? Questions of density, the environment and the urban/rural relationship?

NG: The title of the exhibition, Faraway so close, encapsulates the notion of things that may seem remote, but which in reality affect us too.2 There are the topics that concern us because they are universal: light, the use of space or the social responsibility of architecture are independent of context. There is also the global aspect of Chowdhury’s work. He is very much influenced by the local terrain, but his approach is also very global. This both local and global context is of particular interest in Switzerland.

CC: Architecture was extremely important in the national construction of Bangladesh. How is it possible that Louis Kahn, a foreigner, was asked to build its parliament, the building that most symbolises its independence?

NG: When Muzharul Islam asked Kahn to build the country’s parliament, it wasn’t in the spirit of colonial deference, implying that foreigners would do a better job. He was thinking more of a ‘horizontal’ dialogue between different cultures, which had been the dream of Rabindranath Tagore, the great Bangladeshi poet. Islam had initially asked Le Corbusier, then Alvar Aalto, and then Kahn, and the latter accepted. He immersed himself in the country, he spent time there, and he strove to create a structure that reflected the country’s architectural identity. Kahn in Bangladesh is not the same as Kahn in the United States. Of course the broad themes of his architecture are present, but the buildings in Dhaka are very much a product of their local environment. The complex design of the capitol is the result of a deep meditation on the landscape of the vast Bengal Delta. The building teems with symbolic references to a particular history and culture, such as the single pillar in the basement, which is a nod to Fatehpur Sikri, one of the most important sites of Indo-Islamic architecture. Kahn’s buildings in Dhaka are both global and local, and Kashef Chowdhury understood this very well. He adheres perfectly to the logic of Muzharul Islam’s aphorism: ‘One must be a citizen of the world as well as a citizen of Bangladesh.’

CC: Coming back to Kashef Chowdhury and one of his most beautiful buildings – the red mosque. From where did he get the idea of a mosque connected to the landscape?

NG: It was entirely his idea. The principle of a mosque opening onto the surrounding landscape with views from the prayer room does not exist in traditional architecture. It is an original design, and an approach that made of him a great architect. The mosques in the delta region are normally compact, independent buildings, in comparison with those found in northern Africa, which are integrated into much larger constructions. The pavilion structure is perhaps what links the red mosque to more traditional typologies. But this radical departure was Chowdhury’s.
This building is also a nice fusion of very diverse influences: Akbar, the great Mughal emperor, meets Mies van der Rohe. In this, its architecture exceeds all of our historical conventions. It is timeless.

CC: Could the increasing popularity, in a tropical context, of non-mechanical methods of cooling interiors be considered an ecological model? Are many architects rejecting air conditioning in favour of architecture-based solutions?

NG: It’s one of the main reasons we are interested in this region. The fact that they choose to champion natural cooling methods – non-mechanical methods – is an important lesson, equally so for us. If, given their extreme temperatures, they are successful, we should certainly be able to achieve this too. Bangladeshis may be abandoning air conditioning for many reasons – environmental as well as economic. The unreliable electricity supply is a factor: there are power cuts almost every day in Dhaka, so it is preferable that electricity is not the sole means of cooling a work environment. Dhaka is a very dense city with a lot of ongoing construction, and, like many places, much of it of mediocre quality. This situation is contributing to greater environmental awareness.
Yet, in comparison with other countries, the standard of architectural design in Bangladesh is much higher. There are many architects doing wonderful things. And if we compare it with India, for example, there are far more contemporary architects in Bangladesh whose work reflects local and climate concerns.

CC: Is Chowdhury an urban or a rural architect?

NG: Chowdhury works in an urban environment, but he is particularly influenced by landscape. Even when he is working in a city, he considers the landscape. Take the Abahani sports complex: his very urban reflex was to put all of the buildings together in a part of the site, superposing the sports halls to make more space for the playing fields. He is someone who seeks to bring certain aspects of rural design to an urban milieu, such as the permeability between the interior and the exterior.

CC: This idea of a large playing field brings to mind the British cricket fields that can be found in the centre of many towns in the Indian subcontinent.

NG: It’s a possible reference for this project. Although it must be said that when he builds in the countryside, his creations are very urban, such as the Friendship Centre.

CC: The idea, which also ran through Bengal Stream, is that the way to ‘save’ the city could be to make life in the country more attractive, in order to stem the rural exodus that is only just beginning in Bangladesh.

NG: Absolutely. This is why the Friendship Centre was created. It is a communal education centre, its role being to train those who will go on to teach others in the surrounding villages. It is a good way to keep villagers in their villages.