The Solipsism of Architecture 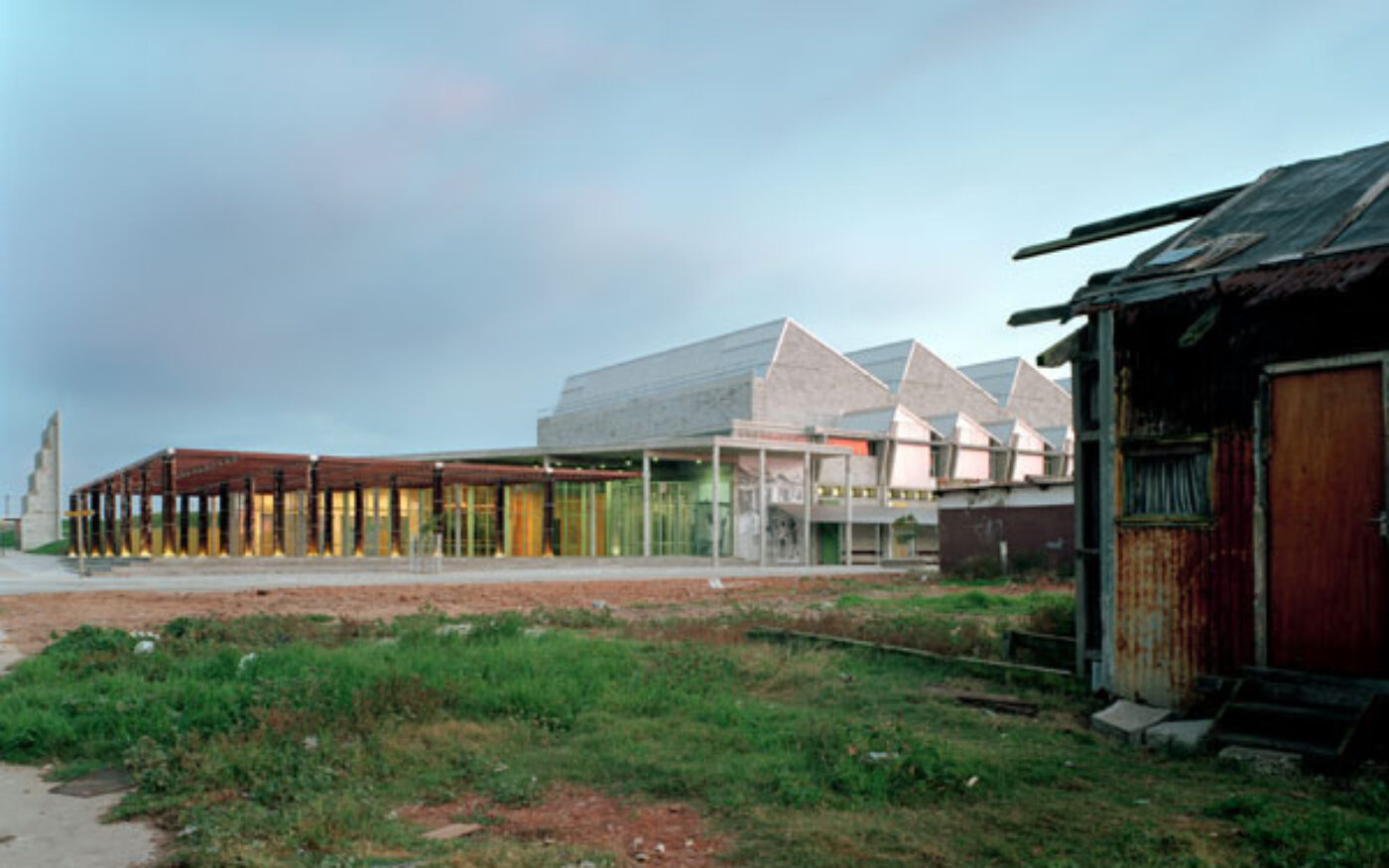 Imagine, the revolution has broken out and architecture has nailed its colours to the mast. It has opted for change.

In short, architects have placed themselves at the service of the new order. ’Bye Default! Farewell Complicity. Hello Survival.

Except, the revolution hasn’t broken out yet, and architecture is not yet at the epicentre of social change, let alone a vehicle for such change. Indeed, I would even go as far as to say, quite the opposite. By and large architecture continues to consolidate the pre-revolutionary status quo. The lion’s share of architecture continues to serve the belief in growth, accommodates and mitigates the spatial tensions that generates, and prioritizes the housing and mobility of the group that profits most from this.

The lion’s share of architecture, of construction as such, remains silent on this situation. Not a soul who frankly admits to being a mere lackey of the status quo, saving the odd exception with specific, career-related reasons for doing so, or whose reputation as a servant of the establishment is already too solid to revise. The neutral listener, on the alert for any hint of shame or protest within architecture must make do with postings on social media, with the ‘dean’s statements’ from a few academies (often charging exorbitant fees), but in the bulk of buildings they will discern hardly a single dissenting voice. Compare that with the clamour when construction suddenly grinds to a halt.

The strongest views must consequently be sought outside the construction industry, at events like biennales, graduation exhibitions, design weeks, conferences and in one or two enlightened museums.

A few examples must suffice.

One of the largest design events of the present moment, a platform for the most important influencers and now active on several continents, is the What Design Can Do conference. Initially positioned as a demonstration of socially inspired design, it has become, online and between editions, a resource about the role of design in responding to the biggest humanitarian crises, such as climate change, the refugee problem and now a pandemic and racism as well.

The theme of the postponed Venice biennale, prompted by a manifest concern about threats to communal life, is ‘How Will We Live Together?’. Four years ago it was about ‘Reporting from the Front’ and Venice appeared to be wholly dedicated to the places none of its tourists would ever want to visit, but which offers a work domain for courageous architects.

The Oslo Triennale of 2019 was devoted to the subject of ‘Degrowth’, a radical exploration of possible responses by architecture to the destructive acceleration of the squandering of the planet’s resources and the catastrophe looming on the horizon. Looking beyond Oslo to the other big events of 2019 – Sharjah, Chicago, Seoul and Sao Paulo – it is clear that they, too, were pervaded by a critical social awareness.

And that was before Covid-19 struck.

Compare that with the apolitical discourse of a quarter of a century ago, when the revolution seemed to be the destiny of the Other, who had lost the Cold War and ended up on the wrong side of history, while the West could revel in having been right and set the conditions for participating in that righteousness. Architecture embraced Deconstructivism, or New Traditionalism, or simply persevered with Institutional Modernism, without a trace of systemic self-doubt. Theorists of that period made a name for themselves with translations of Gilles Deleuze and Jacques Derrida and propagated the formalization of their epistemological ideas in the built environment.

Compared with those days, a lot has been achieved in terms of awareness. Yet at the same time nothing has been achieved. The talk is all about the need for sustainability and social justice, but that says nothing about the realization of sustainability and social justice. There is a yawning gulf between insight and reality, between ‘Wille und Vorstellung’, as it were. And every day we are running into bigger trouble, the gulf gets deeper and architecture looks more complicit, and the critical attempt at reconciliation more futile.

How is it possible that facts don’t carry the day? I think it’s because of this: irrespective of a growing existential awareness of the need for system change on the periphery of architecture and beyond, there is one thing that does not appear to succumb to any historical imperative whatsoever: the tendency to begin by interpreting everything that happens in the world in terms of architecture. Whatever the crisis, there will be no action before due consideration has been given to what the situation means for architecture. And ‘for the role of the architect’. In other words, what prevails is the egocentric question of ‘what’s in it for me?’. The entire system can topple, ecology can collapse, the world can founder, but architecture’s first concern will always be about what will happen to itself. First find out ‘what design can do’. First report back to the professional community. First evaluate the consequences for the ‘curriculum’, or the ‘title’, or the definition of architecture. And if it all gets too complicated, there’ll be statements that ‘not too much should be expected’ of design, that social crises fall outside the curriculum, or do not fall within the definition of architecture. Group protection is always infinitely stronger than species protection. What remains are the reflections of the do-gooder. Interesting questions, subtle considerations, a residuum of self-doubt. But when the time comes for deeds, they look a hell of a lot like the deeds of old.

Over 20 years since the Kyoto Protocol, over 10 years since the Global Financial Crisis, and in the first year of the global Coronavirus pandemic, there has been no real change in the architecture of architecture itself. That will only happen when it stops connecting everything with itself, stops beginning with itself. When it admits the revolution into its own citadel.

For that revolution, go back to the beginning of this article.

Until then, in an inversion of Le Corbusier’s most notorious epigram: Architecture or Revolution. Architecture can be avoided.