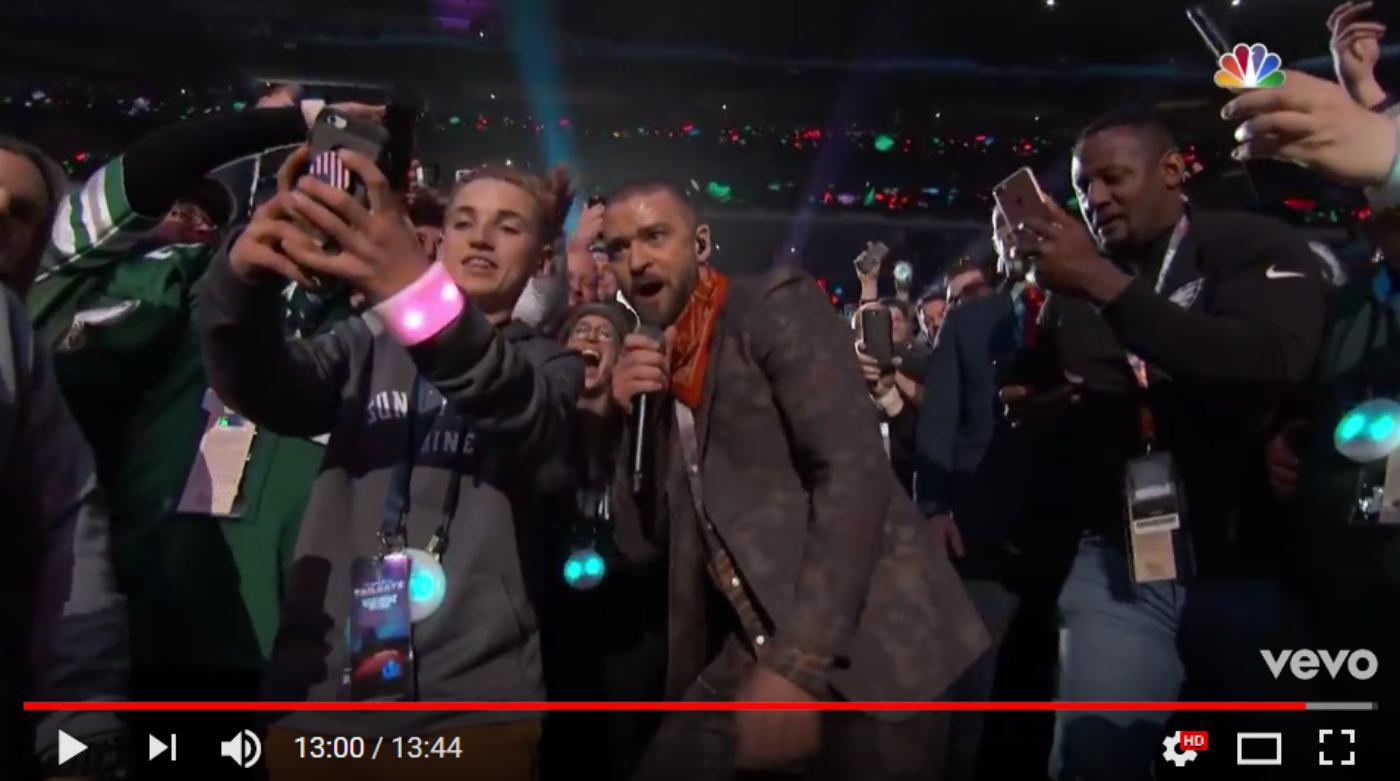 In the celebrated opening shot of Una giornata particolare (Ettore Scola, 1977), the camera glides hesitantly across the exterior of Palazzo Federici (1931), a residential complex by the architect Mario De Renzi and a classic product of building speculation in Rome under Fascism. In the course of the long panning shot, glimpses of daily life behind the vast courtyard facade are revealed. Then the focus narrows as the camera moves through an open window to introduce the main protagonist, Antonietta, played by Sophia Loren. The way in which this scene makes the transition from outside to inside and draws viewers into the story made film history and earned the film cult status.

Russian Ark (2002) by Aleksandr Sokurov is a more recent example that not only erases the boundary between outside and inside in a single shot, but also captures the passage of time. Yet while the elegant opening scene of Una giornata particolare is expressive of innovation and exemplary of the art of filmmaking, many people consider that Sokurov’s continuous shot eliminates montage, which has been the basis of filmmaking artistry ever since Eisenstein. It was felt that in Russian Ark, innovation had dispelled the common perception of film as a discipline with rules all of its own.

In light of the emergence of this unbounded space of film, it is interesting to consider Justin Timberlake’s halftime performance at the Super Bowl, and to compare it with how Leni Riefenstahl filmed the Olympic Games in Berlin (1933). Riefenstahl was entrusted with the task of providing Nazism with a persuasive imagery. She deliberately drew on classical notions to create the imagery of the Nazis, among them the idea of eternal beauty and the possibility of identification based on a clear distinction between audience and athlete. Viewed through the lens of Riefenstahl, the Olympic Games in Berlin expressed both a classical vision of culture and the promise of Nazism, personified by Hitler.

In similar fashion, the Super Bowl is more than just another sporting event. It should rather be seen as a variation on the Games in the way it expresses an ideology and an identity. It is the moment when the American nation sees its values and thus its identity affirmed. No wonder that, just before the game kicked off, President Trump felt compelled to tweet patriotically: “Though many of our nation’s service members are unable to be home with family and friends to enjoy this evening’s American tradition, they are always in our thoughts and prayers.”

In contrast to Riefenstahl’s Olympia, the impressive scale of the stadium — the architectural symbol of unity, not to mention control — and the equally impressive mass audience — an expression of oneness and collective spirit — play scarcely any role in the Halftime Show staged by Justin Timberlake. And while Riefenstahl’s film conveys the sense of a fictional report of a live event, the Timberlake event 82 years later is itself fictionalized. The montage of the video of this live event, in an echo of Sukorov’s method, is reduced to a minimum. And this was only possible because of a punishing preparation that allowed Timberlake to move as fluidly as the camera of Scola and Sokurov in real time, through a storyline of 13 minutes and 44 seconds. It’s a narrative that effortlessly reconciles almost all classic antitheses between inside and outside, performer and audience, life and death, stadium and city, reality and fiction.

One striking aspect is the role change that Timberlake himself undergoes in this narrative. For he does not act as the interpreter of the story but, in the succession of events, assumes the guise of a director who moves from scene to scene by means of a swipe – a gesture that is literally incorporated into his movements. It is only one of the crucial role reversals in this Halftime Show, because just as Timberlake transforms from object to subject, the performers turn into the audience, and the audience into performers.

As Timberlake emerges from the catacombs of the stadium in the opening minutes, it becomes clear that the ecstatic crowd surrounding him are performers who will play the role of his audience for the duration of the show. Not for the people in the stands, but for those watching on their smartphones, laptops and television sets. This is perhaps the biggest and most important live event in the United States, but it exists primarily as a video that is distributed to a national and global audience. However, the distinction between audience and performer cannot be dissolved so long as the unity of time, place and action is maintained. This was uncomfortably apparent in previous halftime shows by Michael Jackson, Beyoncé and Lady Gaga. Timberlake, however, breaks the laws of the live event, not by making the audience part of the spectacle, as Riefenstahl did, but by making the audience take on the role of performer, with himself as director. Interestingly, this new status is not an expression of emancipation, nor a recognition of any genuine reality rendered visible by the dramatic composition or identification with the players. On the contrary, the audience at home, on the move, in the stands, has now become part of a fictional reality.

The audience seated in the stadium enters the frame on two occasions. The first time as they hold up lights, intended to express the idea of oneness and togetherness. This is, of course, primarily intended for those watching on screens. Australian company Buzz Connect developed a beer glass that lights up, which it has recently put on the market along with its ‘service’. Referred to as a connecting device, the glass was used for the first time during this Super Bowl by beer giant Budweiser for Bud Light (alcohol-free beer can be sold inside the stadium). Nobody but Buzz Connect operates the controls, and they determine when and in what colours the glasses light up, independently of any involvement on the part of the actual members of the stadium audience who, in this fictional reality, are mere extras. Gone are the days when the live audience decided for itself to hold up a flickering lighter or a mobile phone.

The second moment is when Timberlake makes his way up into the stand. This is also an invitation to use the smartphone as a camera, egged on by Timberlake, who laughs as he shouts out ‘Super Bowl Selfie’ after allowing a boy from the crowd to pose for a selfie with him. In other words, those present only become an audience when they take a selfie to show themselves to viewers as an audience, thereby becoming part of the performance. Here, the selfie becomes a symbol of real participation, and participation becomes the expression of emancipation.

I interpret these shifts from (real) performer to (fictional) director and from (real) audience to (fictional) performer as an expression of the dominant role of the market, presented, as always, as a form of democratization. A clear distinction between audience and performance is no longer a condition for identifying with the story. Indeed, the complete interweaving of fiction and reality is as necessary as it is irreversible. After all, within the current market economy, the ideology of the individual must at all times be affirmed and, since the introduction of the latest technologies and media, that ideology can no longer be based on anonymity or passivity. This ideology presupposes, first and foremost, the identity and then the ‘participation’ of the individual. However, and this needs to be understood, the individual appears solely in the guise of a consumer, because fear of the irrational nature of both the individual and the masses lies at the heart of this necessary transition, just as it did in the 20th century. Being part of an anonymous crowd that identifies with a performer is an outdated, 20th-century phenomenon. In the 21st century, we will all have to express our individuality as consumers by becoming performers ourselves, while never losing sight of the limits of the narrative being offered.

During his Halftime Show, Timberlake anticipated this future reality and embodied the transformation from performer to director, at the same time foreshadowing a future audience that is no longer just an observer but has become a performer. And as Timberlake dissolves as a lone performer, we are all of us offered an opportunity to become a Timberlake.

The spaces for these future forms of identification and participation are not only physical in nature, but will take on a mediated and thus hybrid character, precisely because a seamless flow is fundamental to this fictional reality.

And how will the design disciplines react to the prospect of this future? Will there be resistance to these public spaces that reconcile every antithesis, as we saw in the response to Sokurov’s Russian Ark? Will we see a demand for materially defined spaces that are both tangible and defined?

I suspect that this will not prevent or delay the emergence of these ‘narrative’ spaces, which will be more scripted than controlled. Moreover, I am convinced that the client will not be public bodies but the entertainment industry. Why? The client of tomorrow will be the client of yesterday and, as always, the winner will be whoever succeeds in telling the most persuasive story. And when it comes to opting for politics or entertainment, for Washington or Hollywood, for Fake News or Real Stories, my money is on the latter in every case.