Recently, I learned about a new research program at Utrecht University focused on cycling. It is not part of their health department, as one might expect, but of a department specialized in modeling data. The researchers want to investigate cycling in the city as a complex system and produce a model to describe its dynamics. My first response was: people take their bike and move from A to B. How complex can that be? But with a little more information I started to understand that the bicycle has a dynamic relation with its surroundings. We take it for granted that an airport is a logistically complex system and has become a city on its own. We know that the car and the highway produce new functions and organize the distribution of them. We see that gas stations turn into super markets, that football stadiums are built next to or even across motorways, and so on. But the bicycle seems to escape such interactive relations. It is a faster way of walking, not a producer of space and program. But it is. With the ongoing growth of inner-city bicycle use to the detriment of the car, a kindergarten or daycare can be located in a street without parking facilities and yet be commercially viable. A small supermarket or baker will locate itself next door, taking advantage of the flow of potential customers bringing their children. If we see the bike as the producer of such arrangements, and not just as the means to reach them, we start to understand that to promote bicycle use and eventually even to exchange cars for bicycles in the city has far-reaching implications. There is more to it than constructing bike lanes and bike sheds. It’s changing the city’s systems.

It’s become fashionable to use the adjective ‘smart’ to indicate that an organization or a city is future oriented and competitive. Most of the time it relates to the application and use of technology to enhance comfort and efficiency, and to reduce operating costs. Think of sensor networks and interactive systems, but also think of who’s in control. The manufacturer of tech systems is often also the provider of the software to operate these systems and the actual system manager. Old industries like gas and electricity companies, for instance, are changing into service providers. We dedicated Volume 34: City in a Box to this development. Now, we’re addressing the ‘smart’ issue again, but from another angle.

Take housing. In most European countries, social housing programs produced a substantial part of their housing stock. With the shift towards neoliberalism some twenty-five, thirty years ago, this changed considerably. In some countries the construction and providence of social housing just stopped. In others it continued, but on a smaller scale and under different conditions. The credit crisis of 2007/2008 put a halt to this system in which people use, buy, or rent what’s being provided; be it by a housing association, by a developer, an electricity company or a municipality. This change didn’t start in 2008, but it was reinforced by the credit crisis. The credit crisis struck the real estate sector particularly hard, and definitely so in the Netherlands. The number of working architects halved, developers and builders went bankrupt and municipalities got stuck with land they couldn’t sell. To get things going again, some municipalities experimented with selling small plots of land to private house builders, to people willing to invest in their own house. If the banks were no longer in a position to lend big lumps to big institutions, maybe private savings could be activated. It proved a great success. And it also proved some other things along the way, like that people are willing and capable to take things in their own hands. But another, more unexpected find was that when people can decide for themselves, they are often more ambitious when it comes to sustainability or construction quality than the government or municipality requires. This suggested another perspective: if we, as society, have to transform, have to become sustainable and resilient, go ‘circular’ and ‘neutral’, then maybe this should not be done by replacing existing national systems for smarter centralized ones. Maybe we should consider a mix of top down and bottom up, of big and small-scale, of (inter)national and local. If living ‘off grid’ is becoming a viable alternative these days, maybe the government’s or the municipality’s task is to organize continuity, reliability and security, making use of dispersed networks and fragmented systems. Maybe we can call this inclusion of individual and small-scale inventiveness and intelligence ‘smart’.

The credit crisis made us more aware that we, as individuals, but also as global community, have new options to work with. There are new production technologies available, there are new ways for social interaction and collaboration, there are new ways to finance. The challenge now is how to connect these dots.

To start mapping what’s already taking place is one way to go. We see architects responding, for instance. They have discovered this relatively new terrain of process and development and adjusting their role to new realities. Some small offices excel in proposing ‘smart’ solutions for complex problems. We’ve included a few in this issue. They meet approval and even applause. They’re able to find the spotlight, this time with unconventional methods, by combining and experimenting, not with mindboggling design and form. As interesting as this is, we realize that such projects have a context. The award winning brilliant solution was provoked by some rules and constraints, and maybe even made possible by some finance a municipality provided. Something preceded what we see. Maybe there is a less visible component in this ‘self-building city’ that is needed nevertheless. We started to look for the interaction, for the intelligence behind the scene. 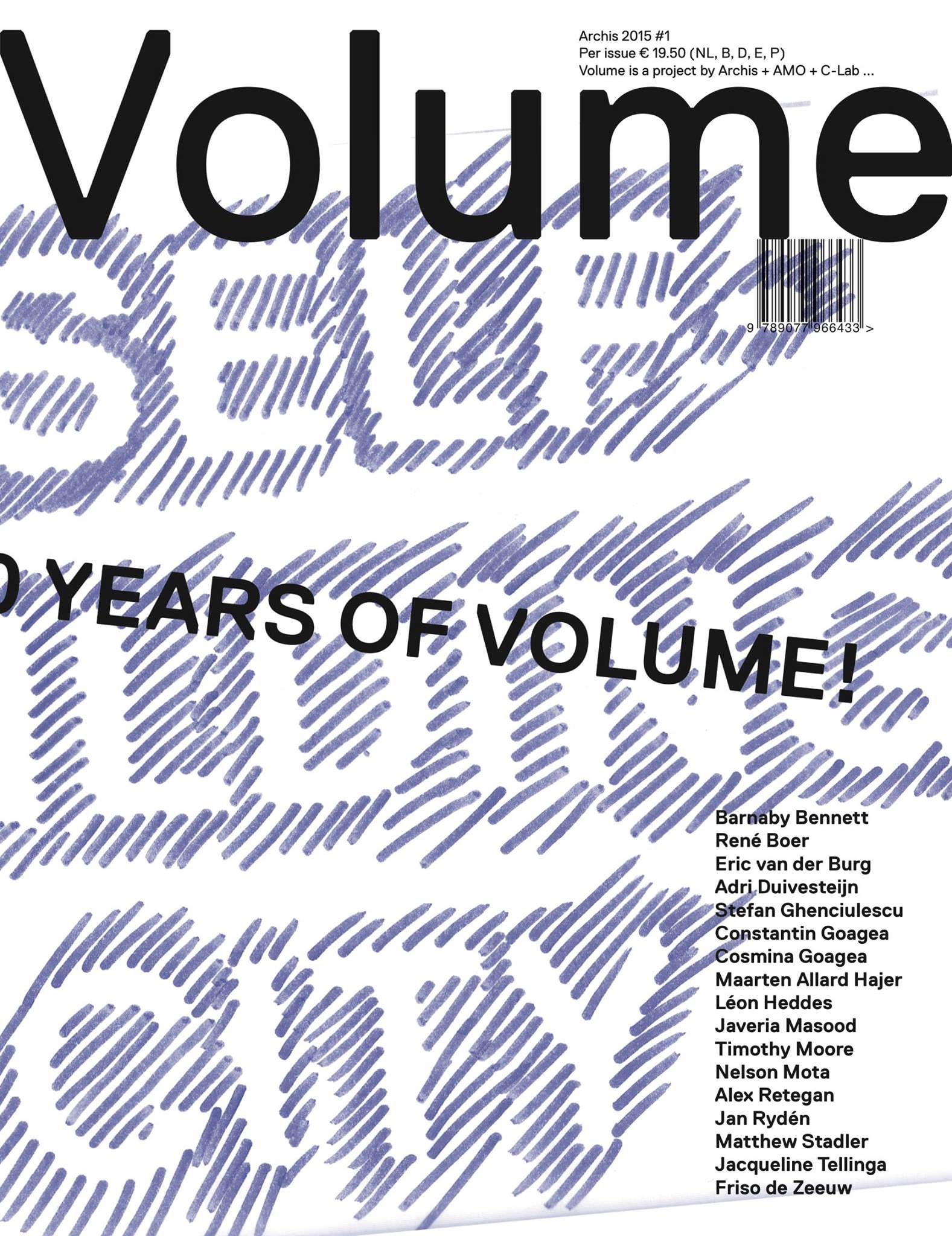 This editorial by Volume editor-in-chief Arjen Oosterman was published in Volume #43, ‘Self-Building City’.