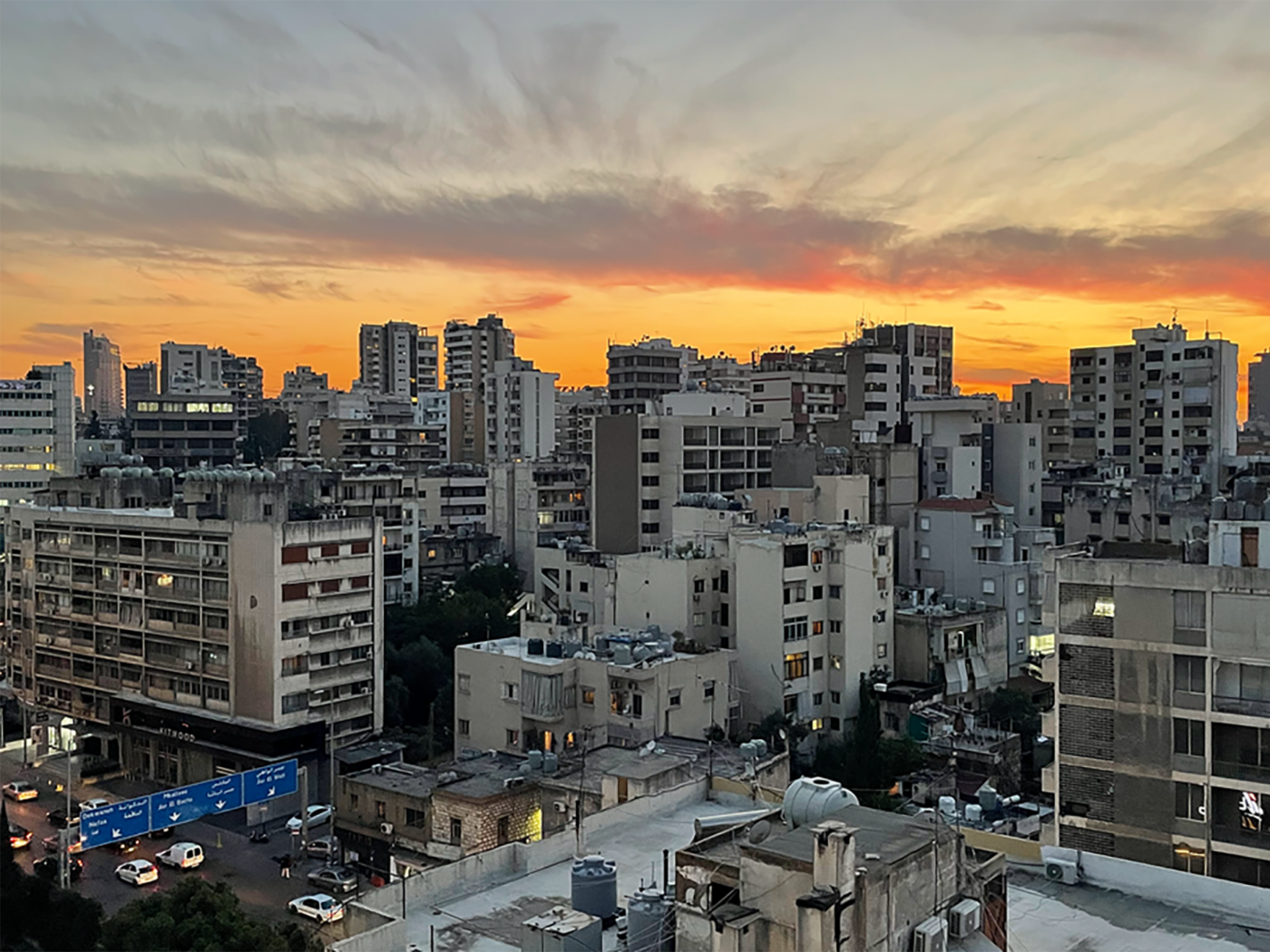 It all started with 3 Beiruti’s joining Archis RSVP event #06 Amman/Ramallah in 2004 which two years later lead to Archis RSVP event #10 Beirut, dedicated to “Unbuilt”, on destruction as a deliberate act of design.
Since then, we’ve established a network, friendships, a body of work. Now we went back for the first time since Covid, amid a financial decline and in the aftermath of the ammonium nitrate blast of August 2020.

We went back to meet old friends, who struggle to cope with the ammonium nitrate blast of August 2020, its aftermath, its consequences. Just like we did before, at various occasions of destruction and overcoming trauma. Or couldn’t do, at even earlier cases of war and strife. A never-ending chain of violence, damaging, but never fully destroying the reputation of an urban marvel, where people against all odds always know how to resurrect. If not by life itself, then at least momentarily by the redemption of nightlife. We went back to take note of the dignity to Beirut.

A dignity harder to find than ever. Where architectural aspirations meet human conditions.

The roads are cracking, buildings are falling apart, paralyzed, or imploded leadership, crime left unpunished, futures no longer envisioned, people leaving to save their personal lives from the impasse of the nation.

Regardless the deplorable state of justice, not being able to identify and persecute the people whose neglect, and most likely whose greed and resentment led to one of the heaviest non-nuclear blasts in both war and peacetime, it’s the enormity of its destructive power, that leaves the city deeply wounded, buildings reduced to carcasses, hastening the erosive power of passivity that brought Beirut to its knees already before.

We went to Beirut to see if anything positive could counter the trend, if anything creative could rally new energy. We visited the place we originally started in 2006, after the summer war, on which occasion we participated in the founding of Studio Beirut, where we explored the chances of urban activism as healing force, exploring the chances for recharging the public realm, marked for decades by sniper fire and carpet bombings. We visited in vain, the place, had been crumbled to dust, ignoring the years of creative energy with it.

While criss-crossing the city, a coffee. A glance at the wall, where the not so magical formula for peace and prosperity was listed as a set of house rules. Simple, and yet so far away. Callings for Lebanon, unheard and unknown by the power that be. The shortlist of necessity. Could there be a new chapter for Studio Beirut, that would connect and intertwine these old values with the creativity of a new generation?

Students of 6 universities came together to develop one single proposition: to identify the clues for re-envisioning the public domain and to define its most powerful medium: the bicycle as a way to move around, re-occupy the city and re-appropriate the public sphere. The beginning of a potential campaign to move things around, as a signature behavior of the most affected, the most concerned, and the most energetic to keep faith in improving lives.

A campaign is more than a stand-alone intervention. It needs first an exemplary story that shows how the predicament of Beirut stands for similar cases of urban neglect. And how the bicycle can do endlessly more than providing cheap transport. It fosters accessibility, it stimulates the eye for detail, it supports health, it lightens up the mind, it brings together communities, it enhances awareness of the city and its beauties. It can provoke a national rejuvenation. A Renaissance of the Ruins, maybe. Declare the age of the car, symbol of privatized space and weapon of the rich, over. Long live the Revolution of the bike, handing over the city to the folks who will benefit the most. Kids, youngsters. The generation that will decide Beirut’s destiny.

Just a workshop, but call it an agenda.

May Studio Beirut reclaim the streets again. And provide some confidence, strong enough not to leave, or at least to return, to herald the resilience of Beirut.

Directly after the explosion in Beirut in August 2020 an intense solidarity and sense of community emerged among the heirs of Studio Beirut. From cleaning the rubble to fixing houses to providing food and water. We saw people taking their lives and that of fellow citizens into their own hands. Now the dust has settled, the situation in Beirut and Lebanon is still prone with huge problems in terms of energy supply, inflation and lack of resources in general. One of the biggest problems is the lack of energy that literally sets the country on hold.

Are there ways to organize infrastructural facilities on a neighborhood scale in times of cracking systems and institutions? How to renegotiate responsibilities, ownership and maintenance of public services. The workshop in Beirut was intended to be the kickstart of a larger and longer project in Lebanon to create a sustainable citizen-based network or infrastructure. Basically, to create a new Studio Beirut with the same energy and mentality as the old one, but with new program and new input of young people. So please join us for let’s say Archis RSVP event #18 Beirut: Built. To be continued…

VOLUME 60 ‘The World in Reviews’ is OUT NOW!