Actually doing it: close to a 100% circular interior design, and the embrace of a new aesthetics 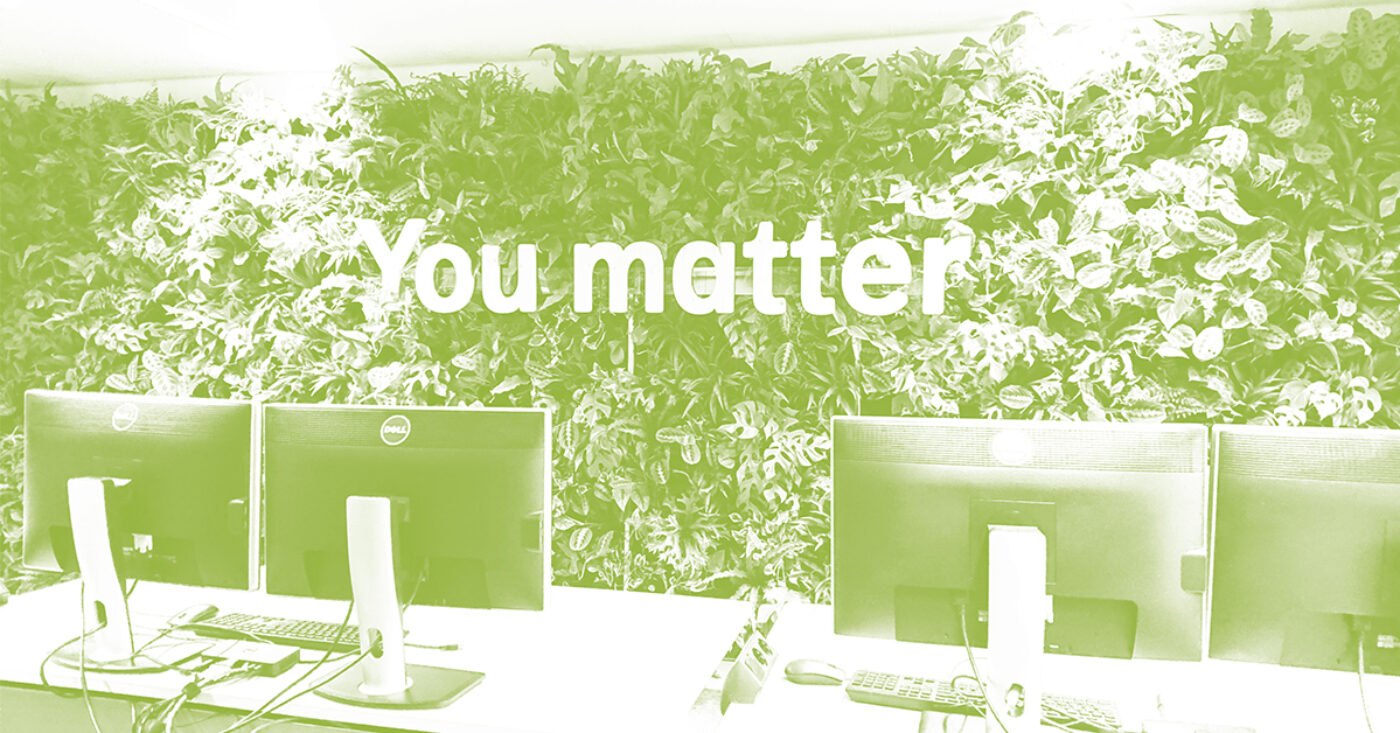 The shell and core of an office building can retain their value for decades or longer while the office interior – within our current linear economy – loses its value the moment it is put into use. Common practice for office interiors is that they become subject to a continuous adjusting of floor­­­plans due to ever changing work concepts. This leads to an endless replacement of partition walls, flooring, fixtures, and furniture long before they’re worn-out. It creates excessive amounts of building waste that in most cases end up on landfills or in incinerators. In its latest plans for renovation of its Rotterdam office located in the iconic Delftse Poort high-rise complex and its The Hague head office in Haagse Poort, one of The Netherlands largest insurance company’s Nationale Nederlanden opted to radically break with this habit. Not that they will stop changing their interiors every few years anytime soon, but they have come to terms with the fact that this should not damage the environment. They decided to strive for the highest of sustainability ambitions: Zero Waste.

COVID-19 accelerated a pre-existing ambition within the Nationale Nederlanden, to move towards a more flexible, activity based working environ­ment and in doing so, reducing some of its office area. But even after floor space reduction in both build­ings the renovation amassed to 48,000 sqm, offer­ing workspaces to more than 5.000 employees. And the pandemic didn’t keep Nationale Nederlanden from investing seriously in an ambitious circular designed interior.

What makes this specific project remarkable are not the good intentions beforehand – green, sustainable, circular – as they are ubiquitous by now, but the persistence of a client and archi­­­­tect in following them to the end with all parties involved. Developing a circular building project with no waste created in the process is easier said than done. It means painstakingly invento­rying every object and material in the existing building and finding a new future for it, ideally within the new design. For what couldn’t be included a destination had to be found elsewhere, preferable without, or with minimal, downgrading.

They also committed to scrupulously tracking their environmental impact in numbers. While architec­ture is increasingly subject to green building standards laid down in building decrees and cer­tifi­­cates, this has been less the case for interior design. As projects tend to be smaller in size, with shorter timelines and budgets, it might make sense that there are less regulations for interior architecture. But it also limits the space for a deeper analysis of impact and leads to the environ­mental thinking depending largely on the designer’s intuition. This absence of credible certificates and systems creates a space for greenwashing, and this while in terms of size, a considerable share of building waste happens at the level of the interior because of their quick disposability.

Speaking to different stakeholders involved in the renovation – the architects, client, consultants, and producers – reveals what is actually required of all parties involved in order to make their share of the work measurable. The starting point was the situation as it was, with everything already ‘in there’ as opposed to a (fictional) empty floor. From there the engineering firm LBP|SIGHT created an assessment framework by calcu­lating the environmental impact of a regular pro­ject in which the old interior is to be discarded and replaced by a completely new interior, as a point of reference. This was paired up with defini­tions for waste leading to the decision to take “recycling to an equal raw material value” as the zero line. Re-use scored positively while incin­eration with energy recovery had the lowest nega­tive score. It was not permitted to take anything to a landfill. By placing a great emphasis on re-use, but also through additional solutions such as packaging-free deliveries and the use of electric transport, a 70% environmental impact reduction has been achieved.

From there revelatory stories unfold and show how different the challenges of circular design are compared to a regular design process. They concern assiduous administration of the existing interior and trying to reconstruct their composition, and future use options. A lot of it is puzzling, with different sheet sizes and colors, and trying to match them without redoing. Resisting the lure of simply gluing parts together although this would create more ‘perfect’ seamless surfaces, using glue will severely limit any future use. It’s a story of determination getting producers to accept new terms for their products, contractors to create temporary storage, with everybody involved being flexible with regard to processes being reversed. The architect, Delft-based Fokkema & Partners, didn’t deliver a classical tender document but a design manual, leaving more space for inter­pretation allowing the building parties to come up with their own solutions. It also included joining forces with the builders immediately after the concept development phase, much earlier than usual.

Redoing the carpeting revealed how complicated these stories can get. Over the years different types of carpets had been installed throughout the building. Fokkema & Partners initially considered reusing the most recently installed carpets, which had already been produced in an eco-friendlier way than their predecessors. The eco-friendliness also made them easier to recycle by suppliers, while for the older ones no other options were available other than grounding them into asphalt granulate. This also meant that the architects had to embrace the older color schemes of bright orange and green – much against their own taste. When it came down to harvesting and cleaning the old carpet tiles, they had to work with a subcontractor who was ini­­tially unwilling. He couldn’t guarantee a perfect finish and therefore felt it would cut into his professional standards. Together they did manage to streamline the process of renewal, but it il­lus­trates how in a circular project designers, producers, and builders continuously need to recon­sider their work methods and – sometimes – put sustainable practice before their immediate professional pride.

Passing the already completed floors at the Nationale Nederlanden, they reveal a look you wouldn’t immediately associate with one of the largest insurance companies in the Netherlands; not the lure of shiny Wall Street aesthetics, but the warmth and friendliness you would expect at a maker space or in smaller eco-communes. When I asked the various stakeholders about this new shift toward a circular aesthetic, it mostly triggered a shared resignation within, the unavoidability that aesthetics will change due to some of the underlaying rules which the circular design implies. Like design for disassembly, leaving screws and bolts often exposed, re-use of existing materials and use of renewable materials, which quite quickly leads to the use of untreated wood. But also, more hopeful expectations that new possibilities are on the horizon for a growing supply of both innovative materials and initia­tives that facilitate re-use on a larger scale.

My question about aesthetics led to a second one, specifically aimed at the client on how the new look fits into corporate identity of a financial services company like Nationale Nederlanden. Slightly annoyed he countered the question by asking me to define what corporate is. In the discussion that followed it got clear that grounds in corporate identity specifically in the financial sector are shifting rapidly. To seduce future talent and also to retain present staff the new corporatism is vastly intertwined with employer branding. Creating the right office environment is about showing your purpose as a business, and consequently creating the fitting workspace for your employees that appeals – in this case – to their own identity as global citizens concerned with the environment.

Financially the clients decided that they didn’t want to spend more on the project than they would have if they would have done a typical overhaul. Nationale Nederlanden claims that they were able to achieve this goal, mainly saving money on mate­­rials and furniture through re-use. At the same time there were significant additional costs, mostly in labor as the project was substantially more time consuming. This also highlights one of the most problematic points within circularity.

In the case of the carpet tiles, it was far more expensive to remove adhesive residue from an exist­­ing tile than to shop for cheaper carpet tiles of a lower grade. A large revision of our tax system, shifting emphasis from labor tax to taxing virgin materials, would make future circular building project more cost-efficient and viable for less ambitious clients.

It also boils down to a realization that in order to live up to the reality of Zero Waste – under the new COP agreement to stay within 1,5 degree warming nothing short of a requirement – we have to radically shift how we design. A circular pro­cess asks for a completely different toolbox for designers, which means that our education system needs to fundamentally change. Granted, there is substantial attention for sustainability in dif­fer­ent school curricula, but often it is still considered to be an additional aspect to a design and hasn’t reached the core of the profession. If we keep celebrating conceptual thinking and following the latest trends as primacy in design, and not the care of our limited resources and environment, then this is not going to change. Will it hinder our creativity to shift this process? No, it demands it.

Marieke van den Heuvel is an interior designer and anthropologist graduated at Design Academy Eindhoven and VU Amsterdam. She is co-founder of MANN design and creative consultancy and specializes in the development of circular design approaches for interior architecture.