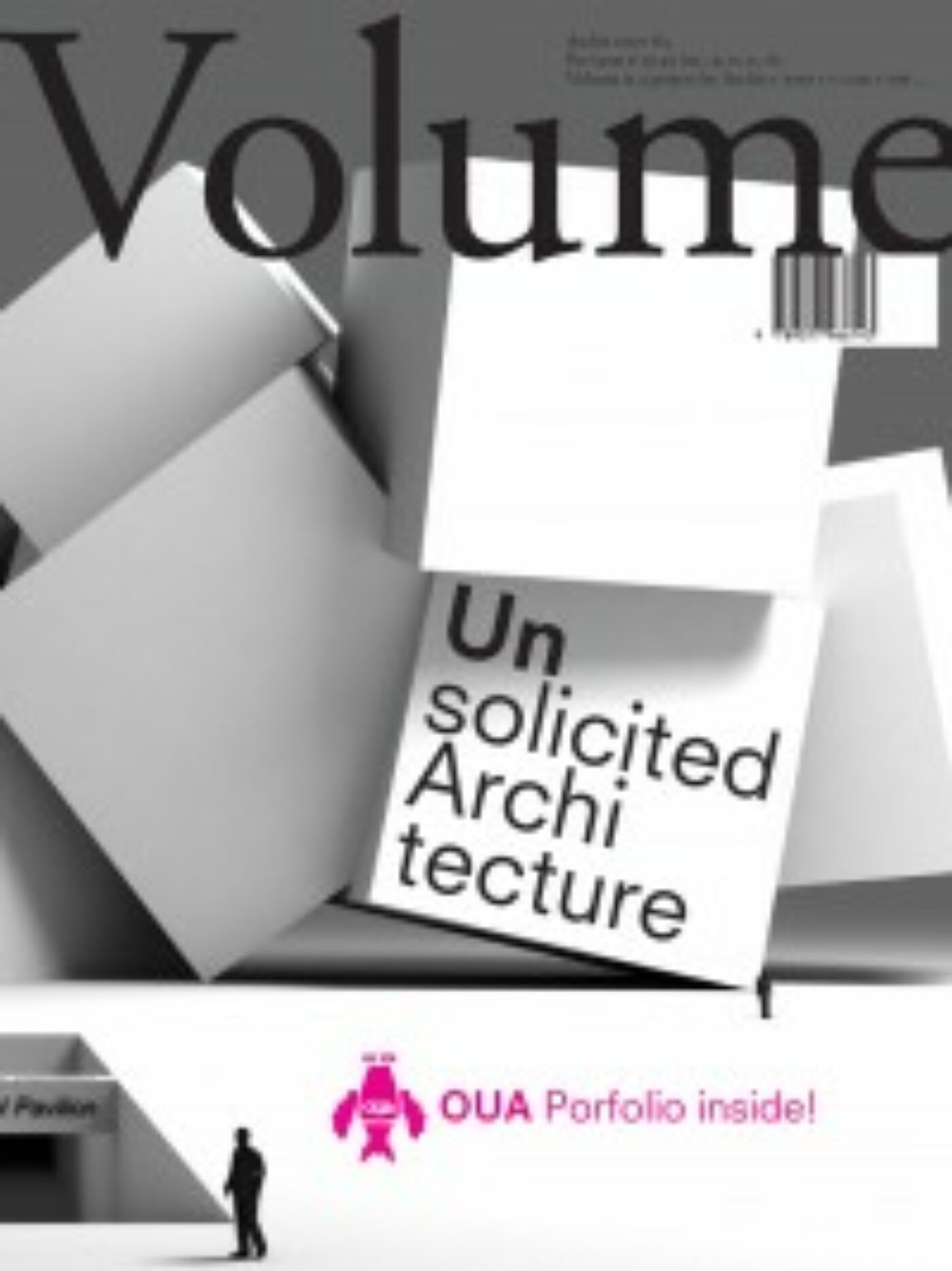 The post-War period has witnessed astonishing transformations in architectonic production. A program concocted and hardly tested before the Second World War by a small circle was rolled out after the War across the Western world and all those parts of the world it influenced. Its suitability or success appeared to be more or less independent of the reigning political system. Those in the communist bloc produced as enthusiastic and, if possible, even more effective maisons minimums in configurations of ‘light, air and space’ than their capitalist counterparts. There remains some historical dispute over the direct link between visionary architects and the rampant materialization of modernity in the form of suburbs, large-scale infrastructure and skyscrapers, but also without establishing who or what is driving it – economics or ideology; yet the harmonious cooperation of power and spirit was indeed a fact.

This was also when the architectural firm became a professional enterprise. There were firms with hundreds of employees who designed and constructed not only buildings and neighborhoods, but entire cities. An increasing proportion of construction, as far as architects were concerned, fell into the hands of the large and very large firms. From urban plan to housing floor plan, everything could be provided by a single source. All of this was predicated on the quick transformation of construction and the engaged firm from small-scale to industrial production. By increasingly using industrially delivered components, architecture firms were able to achieve the production that society, that is, the government, desired.

For architects it was a situation of discovery and problem solving, for example, how to deal with the issue of large quantities. The architect could no longer proceed from the express wishes of an individual client, but had to establish characteristics for hundreds or thousands of homes all at once. The shift from a discipline that was (and could be) busy with the desires of (wealthy) clients and the expression of cultural values to a profession that explicitly targeted social assignments has been without doubt the greatest shock, the most dramatic transformation and simultaneously the greatest challenge architects as a professional group have ever faced.

In 1950, 1960 and even in 1970 the assignments were clear, the social role no problem. One could still bicker about the kind of future to be built, about the link between production and form, or the influence of the occupant and the import of the city, but none of this appeared to substantially influence the architect. ‘Appeared’ being the operative word! For it was not long before two ghosts from the beginning of the 20th century sardonically began to make their presence felt.

One of these was industrialization which threatened to make the architect’s role completely superfluous. The other was that of the architect-artist which likewise threatened social marginalization. The mantra of the modern movement: embrace industrialization and renounce artistry were foolhardy trends which were successful for a half century, but during the final quarter appeared to be at most an intermediate phase.

Apart from that, the ambivalence of the architect’s existence, caught between profession and art, client and society (more positively, but tragically formulated: the presence of two souls in one body) was splendidly illustrated by the character of national architecture societies in the United Kingdom and the Netherlands, amongst others. The Dutch professional society is a fusion between the 19th-century Maatschappij ter Bevordering der Bouwkunst (Society for the Advancement of Architecture) and the Bond van Nederlandse Architecten (Union of Dutch Architects) which had been established in 1908. The defense of the economic position of the architectural profession and firm went and continues to go hand in hand with the commitment to architecture’s cultural-social values. It forms an expression of the complex situation for architects in our society with the so-called ‘double client’: the paying client and ‘society’ which is looking over the architect’s shoulder. This is appreciably different from most other project-driven professions where client satisfaction is the primary measure of quality.

But let’s return to the end of the last century. Shifts in production whereby market forces rather than the government now played the dominant role, shifts in who commissioned work whereby contracting parties began to operate increasingly professionally and with increasing knowledge and ability, shifts by consumers whereby end users saw more of their (presumed) desires echoed in the formulation of the assignment, shifts in the product turnover rate which had to realize its investment with increasing rapidity also shortened its lifespan (similar to the world of fashion and lifestyle), shifts in the construction process whereby an increasing number of advisors provide input into the results of the development and construction processes have all produced a rather different reality for the architect’s design and work.

In the meantime, a small number of architects had the chance to produce increasingly amazing and visually pleasing buildings which is why what was going on did not get noticed. At the end of the 20th century the architect’s social position slipped away from, was forfeited by, and evaporated in front of him. The architect as social engineer, as organizer of social relationships, as the one who inspires political decisions, as a professional power player in the game of spatial distribution appears to be a remarkable intermediate phase in architecture’s century-long development.

Or not? Is there still or once again the desire, the possibility, the need for an engaged attitude? Indeed, is there really a commitment to the development which goes further than the present moment? Do the present questions and challenges go beyond astounding the senses with an even more spectacular design? To listen to some well-known architects one might be inclined to think not. One repeatedly hears the claims that in 20 or 30 centuries man has not changed terribly much, that gravity and the elements continue to form the principle conditions in which the products of that languid and immensely expensive profession can exist, that every man has his trade implying that the architect should not get over excited by the internet, digitalization, the information society, globalization and so on. And it is true that in the coming decades there will be a role for architects as suppliers of design and assemblers of materials in a spatial configuration with a certain esthetic quality. Yet what it will take to create that design, what it will be about, what it will produce – about these things they then have no more say.

Unless… they redefine their role, transform themselves from extremely competent executors of assignments into entrepreneurs and producers. Not, as Willem-Jan Neutelings recently indicated, in order to present themselves as mediocre journalists or mediocre researchers, but in order to actively grapple with the questions and challenges our age presents. This, as well as the consequence of the point of departure from which architecture has chosen to proceed, is why in this issue Volume proposes a new kind of practice: unsolicited architecture.

This is not a totally new practice. Recent years have seen a number of initiatives by architects and artists which could easily be gathered under the moniker of ‘unsolicited architecture’. Yet it does indeed need argumentation, explanation and active publicity. Why? Because there is an ocean of problems and possibilities to discover and chart which know no natural responsible parties , because often the outcomes of unsolicited architecture cannot simply be attributed to a single author, because the results as a rule cannot be shown in a pair of enticing photos, because courage demands leaving the safe and trusted logic of the assignment behind in order to tread the field of venture development. 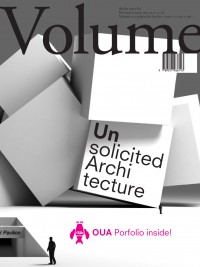 This article is part of Volume #14, ‘Unsolicited Architecture’.