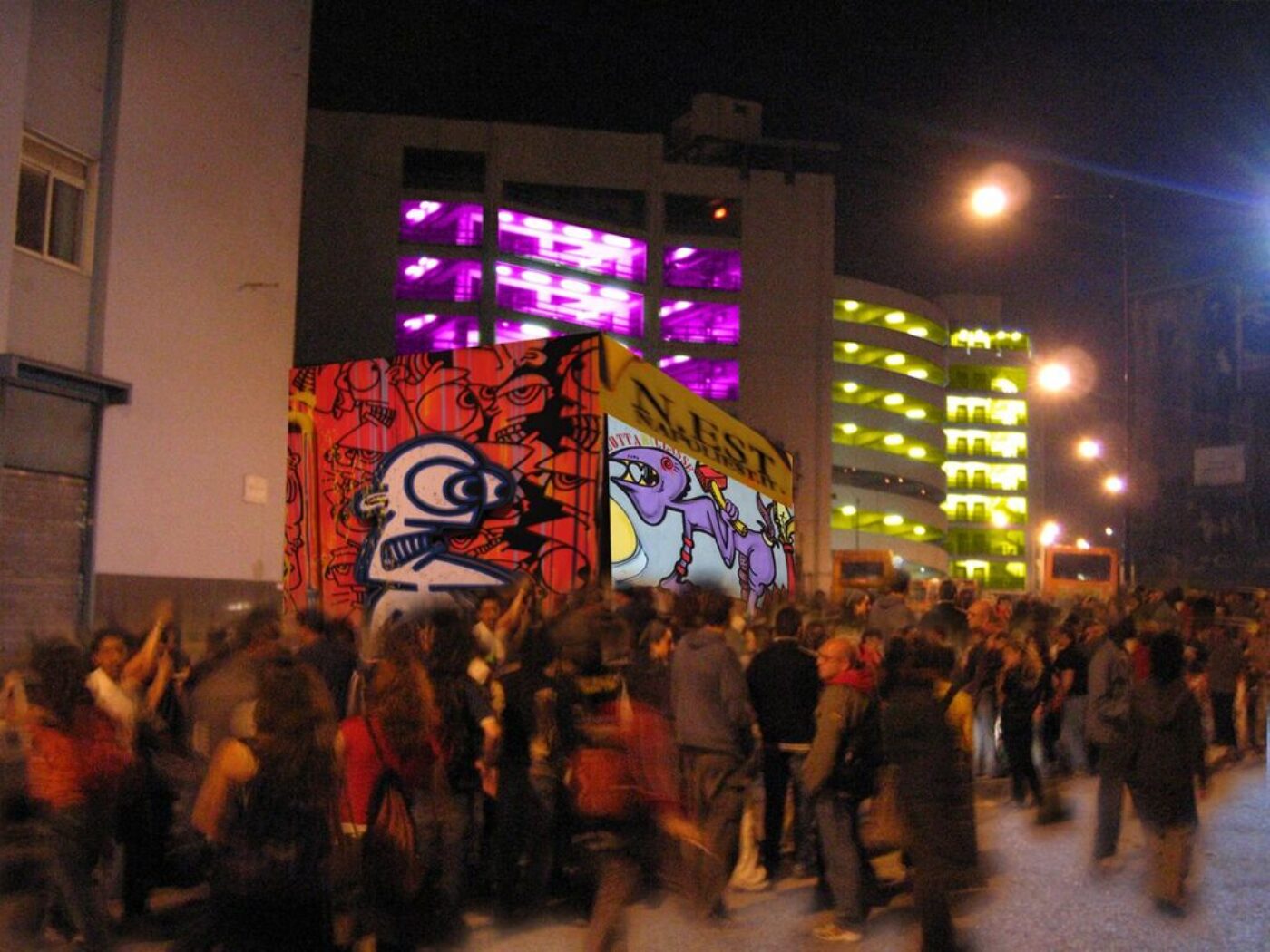 What are the urgencies and opportunities of these spaces in terms of design of social security and cultural sustainability, as well as housing and business?

In a globalized world Europe is often seen as a homogeneous block. Yet within the continent there are amazingly large contrasts and differences. Moreover, this is not just true regarding the newcomers to the ‘European family’. Worlds of difference exist even among the oldest occupants of the European house. Take Naples, Italy’s fourth largest city. Of course it’s an old culture with a Roman and even a Greek past (Neapolis), later ruled by Ostrogoths, Byzantines, Normans, Spaniards, French, you name it! The city has been nodal within a web of historical and political relations; one thinks here of the ‘Kingdom of Naples’. It sees itself as umbilicus mundi [the world’s navel], or at least as the center of the Mediterranean world. But for non-Neopolitans the city lies far off the beaten track, outside the tumult of European politics. The relative isolation of the mezzogiorno [southern Italy] is always present and active. Only in times of disaster, like the 1980 earthquake or Mt. Vesuvius’ threatening rumblings (natural disasters always attract attention and are mediagenic), does Naples claim the center of international attention. The recent garbage scandal made news the world over; it fascinates and is simultaneously played out outside the bounds of what ‘we’ in a Western, regulated society know; recognition is virtually out of the question.

Naples’ high unemployment, relatively low living standard (per capital income lies 30 to 40% below that of the European norm, excluding the informal economy) and very crowded city center mean that there is quite a lot still to be done. Linking up to European networks would constitute appreciable support in this regard. This is why the Euro Corridor 1 (north to south: Berlin, Verona, Rome, Naples, Palermo) and the E8 (west to east: Bari, Sofia, Varna (on the Black Sea), with connections to Naples and Rome) are on the drawing board, although there are no certainties as to their planning and execution. One way or another, the city must attract new business. The space-devouring oil industry (Italy has strategic oil reserves here) on east side of the city and the steel industrial in the west have the city in, as it were, a spatial headlock without substantially contributing to the welfare of the residents. Then there are the airport and shipping ports which take up a great deal of the Neapolitan coastline, although both make a more substantial contribution to the city’s economy.

For all that, Naples’ transformation from a trade and industry city to a service and knowledge-based economy has taken place only in dribs and drabs. It’s no wonder that they are striving to boost touristic and business traffic. Having been awarded the 2013 UNESCO Culture Forum, they are now seeking to set in motion an Olympic Games-style economic impulse directed principally at the western part of the city (where the steel industry is still based). They expect to be able to develop a leisure coast with conference centers and a cultural profile. The prospects for the eastern part of the city, the focus of this journal, is far less clear. They are searching for a future beyond the disparate conditions of oil storage and abandoned industrial complexes interspersed with half-demolished apartments and old villages. These areas could serve to relieve the city center’s overcrowding. The space is there, but for the time being it is occupied by an extensive, polluting, irritating and even dangerous industry. Investing in creative industries, which are always thirsty for unconventional locations and accommodation, is a seductive possibility here in order to stimulate transformation. This is the formula which has been put in place all across old Europe in order to give formerly urban industrial areas a second life. Yet more is needed for this transformation than a few empty factory complexes. One can think of other scenarios: Naples as ‘sun city’, Naples as ‘transport hub’ for the Mediterranean.

The necessary massive infrastructural transformations, the revision of water management, and tackling soil and air pollution are assignments which can only be effectively handled centrally. That does not mean that small-scale, local, even personal initiatives – one’s that make a difference – aren’t possible. If something is pressing then show that an idea and initiative can also be actualized, can also have practical effect.

There is an enormous amount of knowledge, insight and experience available locally in municipal services, at the university and among private groups. The urban architectural research and design (Econeapolis) done in the 1980s by professor of architecture Aldo Loris Rossi in cooperation with a number of specialists at his university demonstrates that the ability to come up with an integral vision at the urban and regional levels is not the problem. Likewise, local debate about participatory planning shows that administrative reform and the search for effective implementation strategies is also under discussion in Naples. Where there is a fundamental lack is in the ability to cultivate support and enthusiasm via execution. Doing by making.

In that regard N.EST (Napoli East) is a promising initiative. As a cultural art collective and with the ‘project room’ in the contemporary art museum Madre as its base, N.EST can work on consciousness-raising and creating dialogue as well as develop ideas which by virtue of its non-institutional background and marginality have a chance of succeeding. That also makes N.EST an interesting organization for others.

N.EST’s invitation to Volume and Domus to come to the city for an open editorial meeting has resulted in this journal. It represents perspectives on (principally) the eastern part of Naples by Neapolitans themselves. In addition to the importance of providing insight into current developments in urban space and urban conditions via this kind of exploration, as far as Volume is concerned this makes especially clear that the city is too important to leave to the professionals alone.

Specially invited by N.EST AT MADRE MUSEO in NAPELS

Join from 15-18 February 2008 the open research/editorial event with VOLUME and DOMUS in the city Naples. This special RSVP will focus on the topic of SHELTER and results in a locally produced tabloid. We’ll be confronting the post-industrial fringes of the city, the spatial and the social program.

For more on Archis in Naples:
Reconnecting Naples supplement to Volume #15: Destination Library