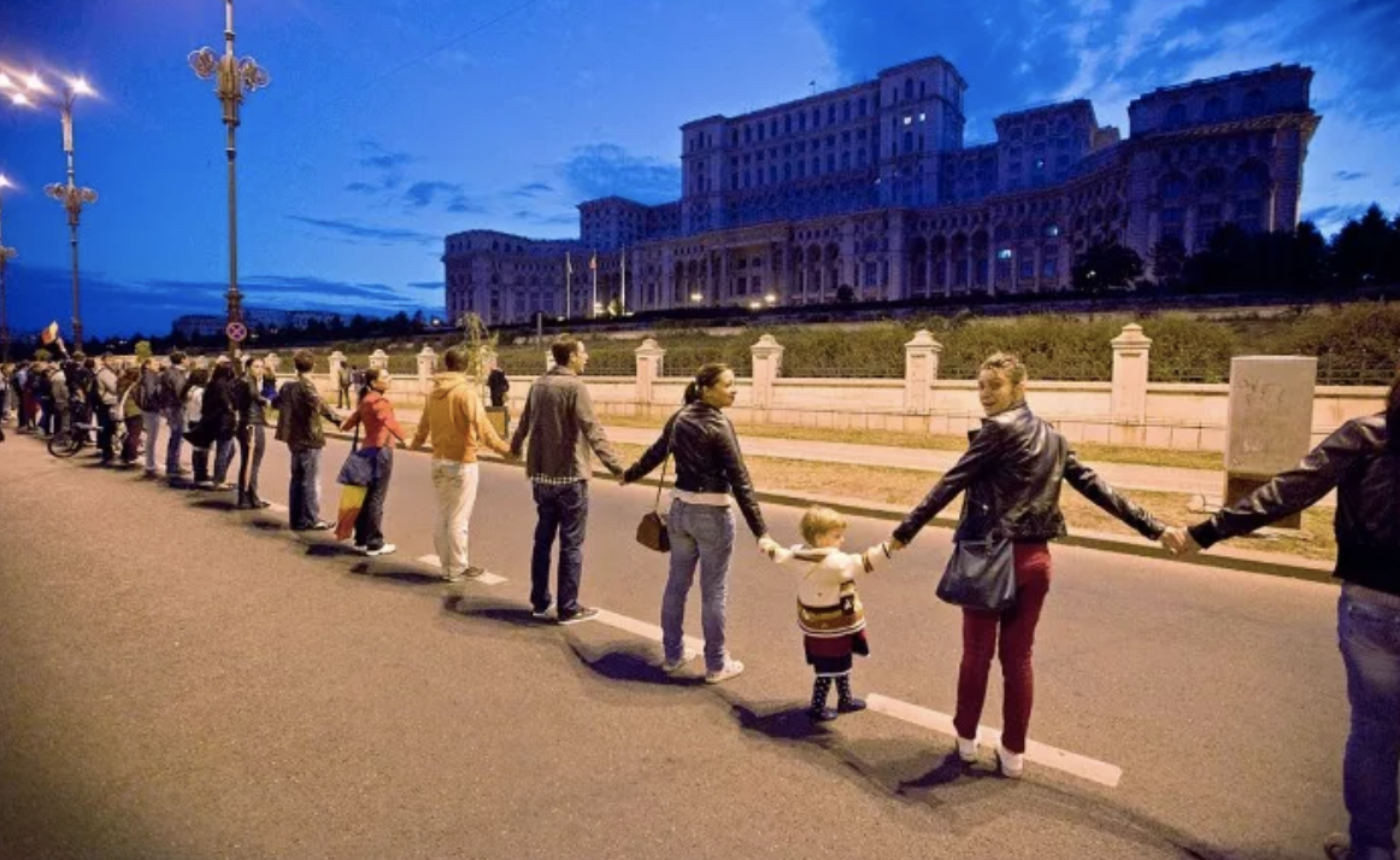 Roșia Montană – a mining village in the Apuseni Mountains – is a hot topic, amid campaigns for and against a cyanide gold mining project, which would be the largest open pit mine in Europe. The name now stands for an intense social forum, civil society campaigns, battles and marches, citizen and investigative journalism, projects for cultural heritage restoration and sustainable development. We have, on the one hand, concrete actions to safeguard the heritage of the oldest mining town in Romania, and on the other hand communities that were exceptionally mobilized – especially through social media – and managed to overcome media blockade and the ideology between them.

The architectural heritage of Roșia Montană, proposed for UNESCO world heritage list, has become an important debate issue. The theme of restoration is claimed by the voluntary teams of civil society who oppose exploitation, but also (more recently) by those who, paradoxically, would be directly responsible for the destruction of this property if the mining project started; one could indeed ask who would benefit from restoration of a few houses in what would become a ghost village.

“Adopt a house in Roșia Montană” was a program initiated by local association Alburnus Maior, in partnership with ARA (Architecture. Restoration. Archaeology). Its main idea was to provide a solution to the self-sustainability issue, by connecting the owners of these buildings to the specialists and volunteers involved in the safeguarding effort. Restoration combines, in this case, education and a community project, through theme workshops with students and mobilizes traditional craftsmen at the workstations.

Towards the end of year 2013 protests have exploded spontaneously across the country, fighting the actions that aimed to speed up the approval of the mining project, the mining corporation putting pressure on the authorities (who tried to pass a special law dedicated to the project) and the media – whose support, with few exceptions, was actually bought through extensive advertising campaigns to promote the exploitation: generous contracts with massive clauses guaranteed self-censorship and repression of objectivity. In return, alternative, independent or citizen information channels have developed, often cited by international media – where these protests were generically called “the Romanian Autumn”.

Besides the exceptional mobilization, protests (especially in the capital city) have brought another first: marches – which have become the critical voice of the street. Mobilization through social networks was based on a democratic and non-hierarchical spirit, the routes being freely voted online. The marches also triggered changes in the use and perception of the city by activating peripheral neighborhoods along with downtown area. Densely trafficked avenues turned into pedestrian areas for several weeks, regularly.

Social effects have reverberated beyond expectations and votes in the Parliament temporarily suspended the mining project by rejecting the law. An all the more important success, since it further encouraged, under the famous hash-tag #unitisalvam / #unitedwesave, similar mobilizations around other major community causes.