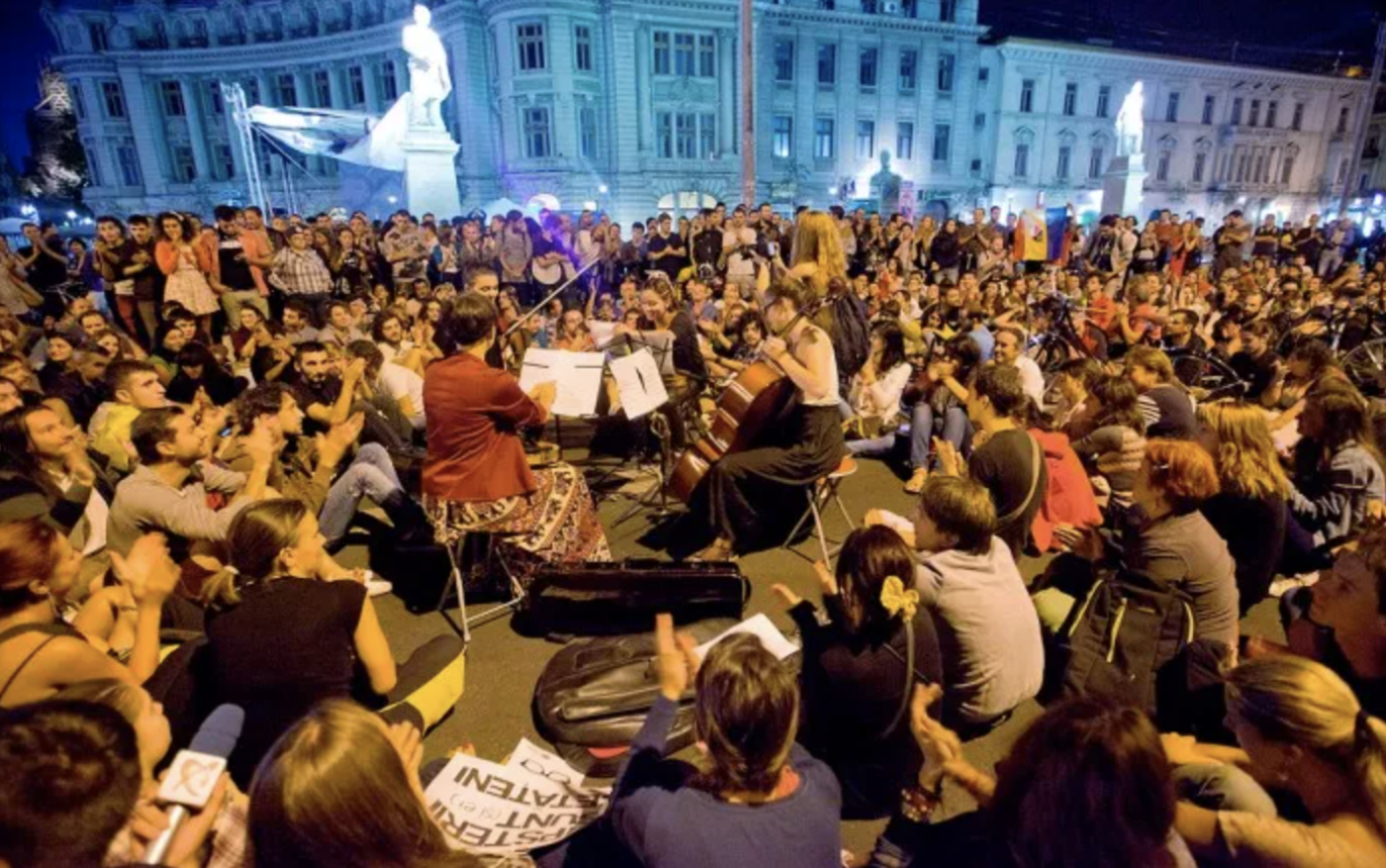 As more and more people realize that cities and territories are not just a job for planners and the administration, but our responsibility, there is a spectacular increase in independent actions and organizations that manage to transform the city for the benefit of their inhabitants. The crisis that followed a spectacular, but also quite unsustainable boom brought these projects in the foreground: it showed their relevance, they were the ones that were able to build on limited budgets; and relying on sharing and common good instead of the strictly individual interest proved to be also a pragmatic and profitable solution.

Really smart cities are definitely about technology, but also about the new forms of collaboration, diffusion and autonomy that technology allows. The Romanian selection for this exhibition presents four innovative projects. All four of them rely of self-organization, new information networks, the creative use of incredibly limited resources, and on direct action instead of theories and utopian goals.Their teams connect people at various levels and the communities with their living space. They are the other city makers.

Make a Point Association brings contemporary art into the periphery of huge estates from the socialist period. The independent art center is placed in a partially still functioning factory. It connects the local scale of the neighborhood (a lot of the projects involve the community) and and the international art world. The water-tower of the factory has been turned into an art space, belvedere and a cool landmark of the city. Look in the connected app for other place making projects, such Calup, that brings back to public life life valuable but inactive listed buildings, or Carol Factory, a partnership between a historic, but still active factory and creative industries representatives to create a social hub in a less favored part of Bucharest.

Modulab is about DIY technology, about bricolage hi-tech, artificial organisms but foremost about sharing and reciprocal education. A garden hidden in of the poor areas of Bucharest cleverly shapes our future. idz arhitectura’s ROBO_CRAFT program goes on the same line – robots become instruments of creating spaces and connecting people.

Playing architecture is an educational initiative for children that is spectacularly developing to become a formal (and recognized) educational program that will contribute in changing society’s perception on the role and values of architecture.

Roșia Montană is a name which is now strongly connected to a international social forum, civil society battles of the civil society, demonstrations and marches, citizen journalism but also hands-on volontary projects restoring cultural heritage with and for the local community.