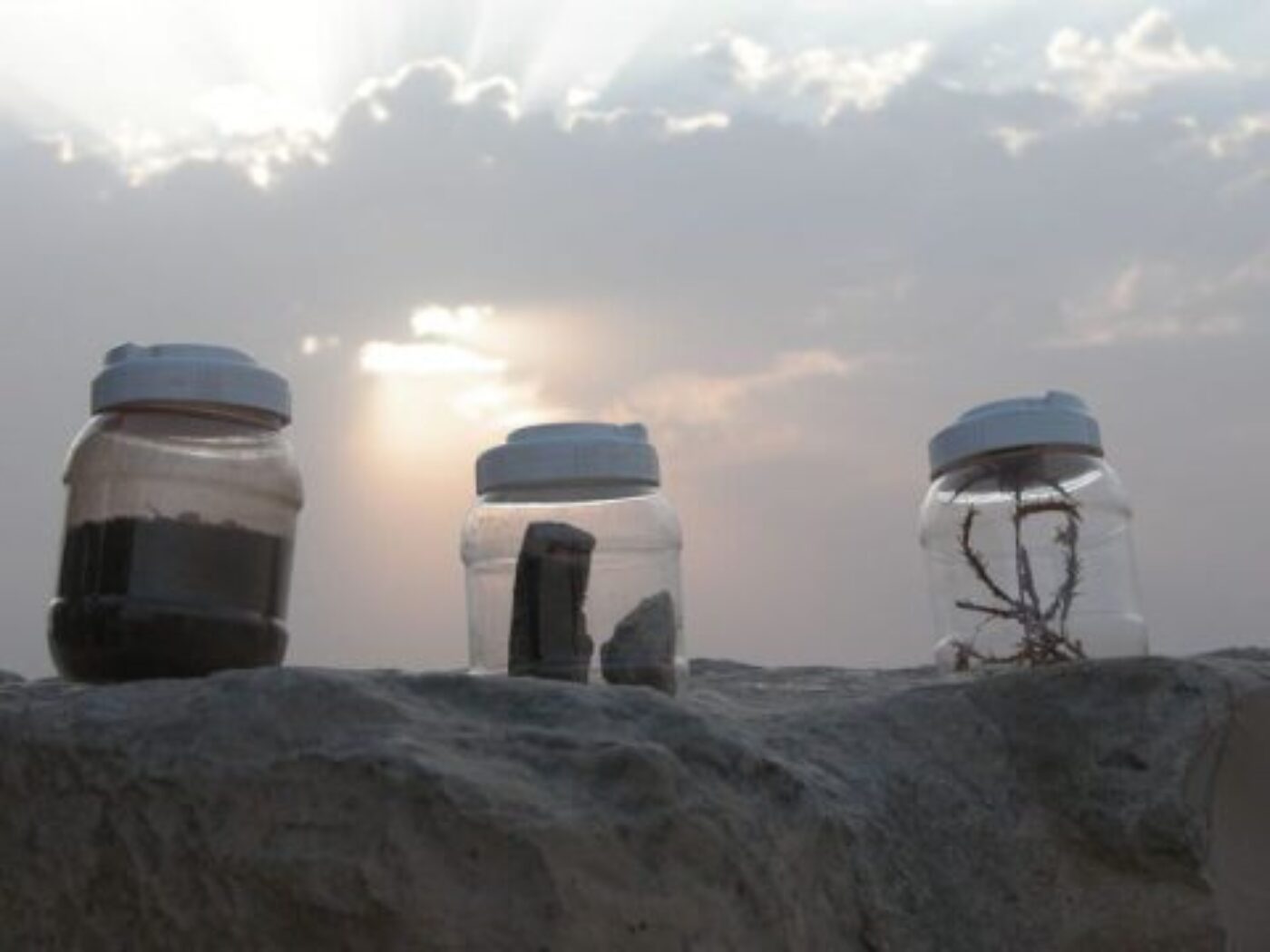 New and old social antagonisms between individuals and civilizations reorganize our territories. Houses, cities, countries and continents are reshaped by strategies of fear and protection. People are in a constant process of adaptation to the ‘new circumstances’.

Unless they move. But where can we go? To the desert? Not in the Middle East. If the desert is most commonly a symbol of desolation and solitude, the Middle East has literally become a surveillance-ridden landscape marked by borders and mental paralysis. Is there any chance for the desert to become once again a pivot point for revelation and cultivation? Can we overcome our paranoia at the new
frontier?
An event about fear and your way to overcome it!

Moderators Report for RSVP Event 6 Paranoia: Amman/Ramallah
New and old social antagonisms between individuals and civilizations reorganize our territories. Houses, cities, countries and continents are reshaped by strategies of fear, paranoia, projection and protection. People are in a constant process of adaptation to the ‘new circumstances’. Palestinian poet and recipient of the 2004 Prince Claus Award, Mahmoud Darwish states that the Arab world is divided between heritage and modernity; it uses Western techniques towards progress, but doesn’t investigate the thinking behind it. He describes the Arab World as a consumer, not a producer. The Archis RSVP Amman event inscribed itself in this process, both on a cultural and critical level: How does one deal with the Jordanian reality, one that has shifted from a tribal background into a shopping mall civilization in only one generation? How does one use progress for different purposes? It is under these conditions that we entered the realm of the public domain, in discussion as well as praxis. To put the question of representation and intervention on the agenda-being creative in the era of informality. Discussing paranoia in Amman is discussing a more fundamental issue: the haphazard planning that takes over cities wanting ‘to catch up’. What is the role of decisive criticism in this? Is it visible in the relation between public and private planning in the city of Amman? Does it relate to the idea and reality that Amman does not have urban spaces?

Our discussion on design, urbanism and architecture led us to the Cultural Avenue project on Amman’s Shmeisani, a square designed by the Dutch architect Tom Postma. Public space and architecture becomes also a discussion on the ideology of power. Students from Beirut made the claim for the vicissitudes of public space. In their example, the civil war of Lebanon (1975-1990) was a war fought on and in public space. It has led to a country marked by borders and mental paralysis. In Enki Bilal’s fictitious story, a German guy standing before Picasso’s Guernica asked the artist, “Did you make this?” to which Picasso replied, “No, you did.” Paranoia, in the Beirut case, isn’t about the contemporary erasing of the urban image of the war, but about finding solutions for dealing with its memory. Something that, in the name of progress, doesn’t happen.

Some days later, after experiencing a variety of borders, enclosures, fences, checkpoints and controlled corridors (all concentrated in a line-wise setting) we speculate whether this time lapse and insecurity (one never knows how long it will take to cross a checkpoint) could be translated into a force, a possibility or an opportunity. Our hosts in Ramallah were rather surprised: “We live it, but don’t think about it.” But not thinking about it does not mean it doesn’t touch the memory: “Everybody remembers the place, even when the checkpoint was gone.” Here, creativity and paranoia go hand-in-hand-paranoia as a tactic to stay vital, creativity as a means to find your way out of the current situation. Ramallah, the refugee camps and the wall being built there are for us totally unacceptable conditions-conditions in which territory is the drive but there is no discourse and no theory. But there is a daily changing reality, and this is the point on which to submit your personality. Although no one wants to identify him or herself with this condition, theorizing it can be a tool for people to understand. It creates the notion of a ‘some day…’ but it also creates a dark and lucid psychology within the cities around the wall. It re-identifies itself constantly, for better and for worse. What is left open is not a public domain. Space relates to the other. What does freedom mean in a framework that one cannot choose him or herself? Is there rest in time, time for waiting, time around checkpoints, evening time, morning time…? What rests is spontaneous, adaptable events: the emergence of markets and social and economical events around the checkpoints. But simultaneously there is the refusal to see this space as a public space. Can borders be identity builders? Is there an in-between that is neither pragmatic neither elusive? Their point was clear and frightening: finding loopholes in the law and adaptation is exhausting. Ramallah isn’t about paranoia, but about reality, not about a projection of fear, but about the substance of it.