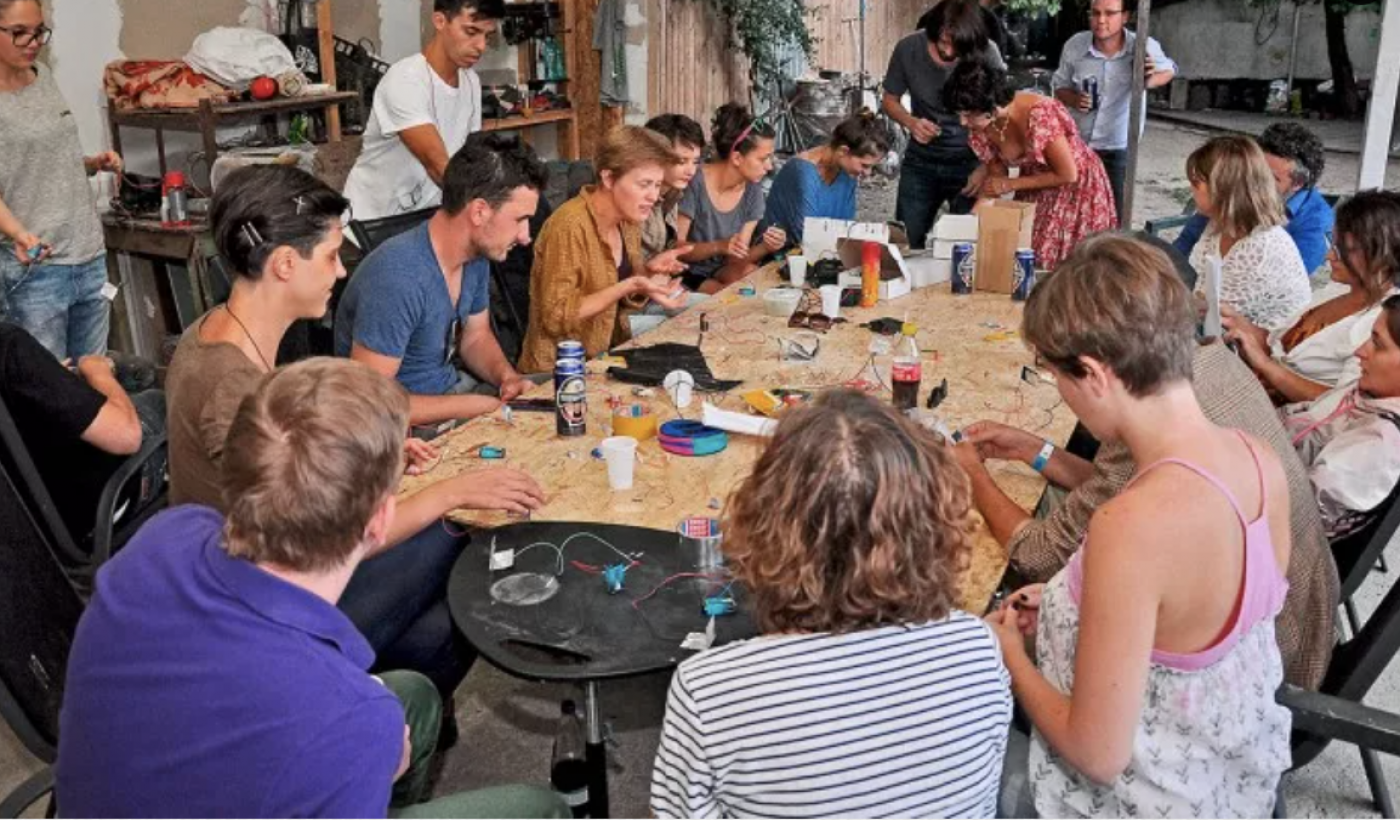 Modulab research program is about, for instance, an original holographic projection system on a volatile environment, Holopix. They started from the idea of an ephemeral steam sculpture. And they managed to do that on a very short budget: for the first image they used a fence panel from a friend’s terrace, a planter from the supermarket, a hybrid video projector made from an old slide projector and a digital camera.

Another premiere was the audio-video installation Tactil – an elastic multitouch screen that allowed multiple users to interact simultaneously. Subsequently, at MNAC (National Museum for Contemporary Art), Modulab opened the first exhibition of interactive installations in Romania, Symbiomorphogenesis, exploring various forms of symbiosis between man and technology. The movements and visual characteristics of the visitors were recorded, processed and rendered in real-time in the behavior of the technological entities exhibited there.

A Lab for Experiments and Education

Not perchance, the new Modulab headquarters is in a garden on Viitorului (Future) street – an area which, despite the name and proximity to the “nice neighborhoods” of Bucharest, has a distinctive urban and social profile, marked by economic insecurity and smart ways of survival. The team made it all on a do-it-yourself (DIY) approach, from planning and construction of the entire space to the furniture and finishes. Future Garden has become a community-oriented platform, an educational modular environment for art, design, technology and innovation, open to everybody. The workshops here are divided into three categories: those for professionals (sound design, processing, open source design), hacking & DIY (from Arduino and 3D printing to creatively customizing electronics and bicycles) and workshops for children – which aim to fill in some major gaps in the school curriculum regarding the development of technological culture and critical thinking in relation to technology.

Here, knowledge and technology practice serve both as forms of expression and language and generators of new experiences in relation to art and technology, with reference to other areas. Generally, Modulab projects do not propose functional technological solutions, but they investigate various aspects of contemporary reality / society / culture. In this model of technological knowledge, the applicability context is, more often than not, creative and lacking formal constraints, commercial targets or ideological stakes. Modulab aims, firstly, to develop a new context for learning and development of knowledge, specific to technology environment and completely independent.