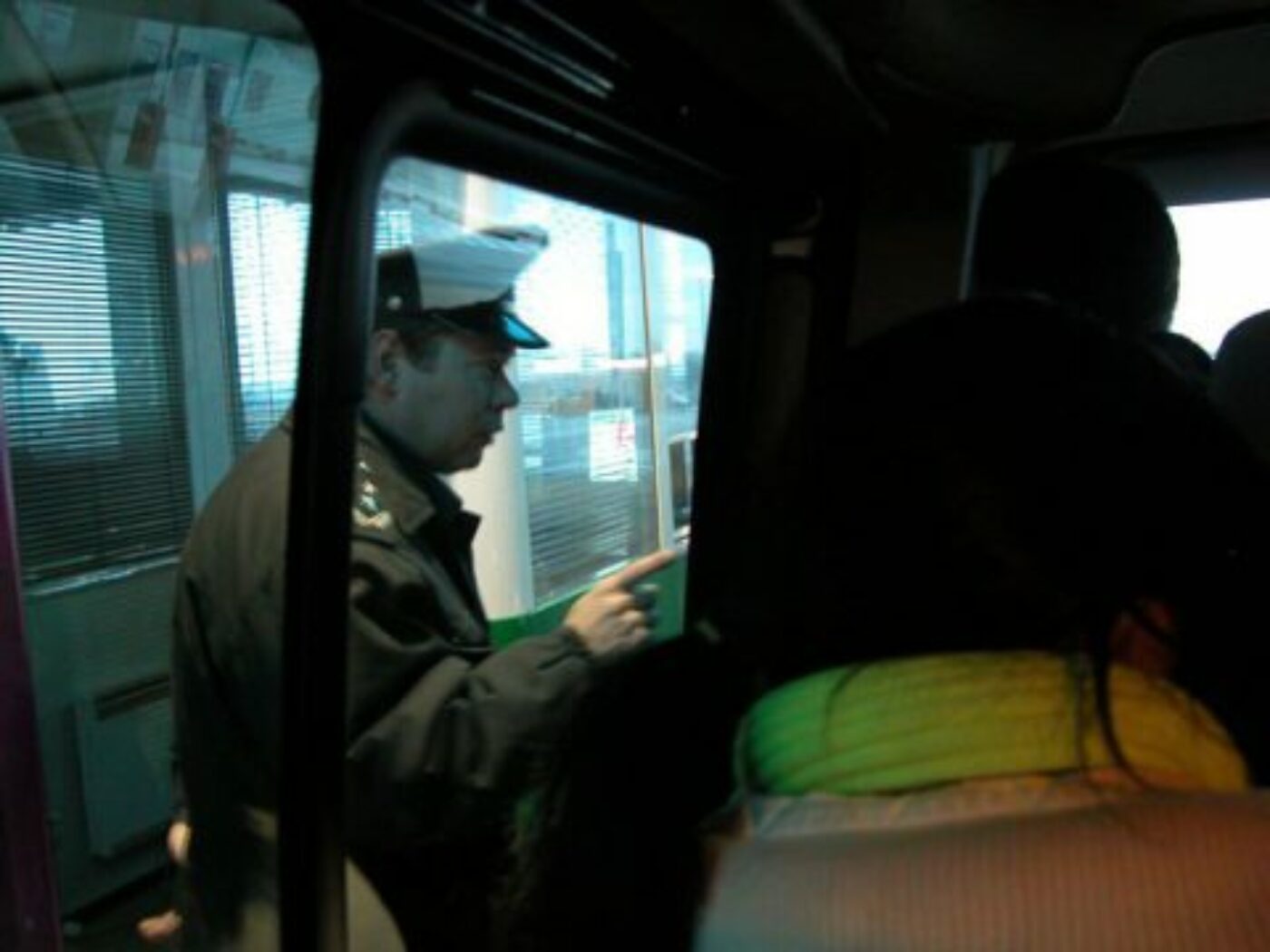 Something of a profound change is going on in this world. Capital, resources, talent and markets are shifting eastwards. China, India and Russia are new tigers on the block. Europe is moving east as well, but not too far. The new borders are stronger than ever. How does it feel to physically cross these borders? What is happening at the edges of the New Europe? Are we facing the new challenges, and further, are we interfacing them?

A photo from the entrance of a business fair in Beijing. The gates are still locked. Before them, a crowd is waiting. Hundreds of white guys, wearing their power suits, lining up to get in first, to get the best deals with their Chinese partners. The image is iconic. This is the 21st century, with its major economical shifts towards the east. From their faces you read the impatience to get in.
Of course there are many Easts, and not all of them attract the same kind of hunger or the same type of gold rush. Also, these men are not about to settle down, like in the trek to the West, in the pioneering days of the Americas. It is mostly their money that they want to bring there, or their production, benefiting from the cheap labour and the giant growth perspective. Meanwhile, most of them want to stay home in the neat western world, which they consider perfect for retirement and old age.

So, unlike any other major shift to new economical gravities, this time it hasn’t really to do with mass migration. On the contrary, the people from there still migrate to the west for its better standard of living and the status that comes with it. As they have the money for it. Most do not, of course.
What happens with China, also accounts to some extent to Eastern Europe. It never has been hyped like the tiger economies of the Far East, but there is also a growing sense of opportunity if it comes to considering investing in the former Communist world of Europe. Especially with the extension of the European Union, western capital looks for all kind of chances to multiply without delay and after a long period of hesitation, time now seems ripe to make the move and create businesses. And again, like China, this seldom means a full emigration and a shift of life style. And still Eastern European people want to live in the West. Not as the very welcome asylum seekers they once were, but as the most outstanding consumers the western economies could ask for.

Whatever the historical conditions that are underneath these transformations, it is certain that wherever East and West meet, life has changed drastically. Where once borders were unsurpassable, there now are only some old relics of a troubled age. Where once people saw other people at the opposite almost like monsters, they now want to look like them as soon as possible. Where once there was a permanent feeling of threat, there now can be a permanent jealousy. The quality, the character and the modality of the borders is changing everywhere, but what remains is the pervasive awareness that borders still matter. You can change the political meaning of the border, but it is much harder to change the phenomenology, the mentality of the border. At the core of it, the border still constitutes this moment of hesitation, the slowing down of the trajectory between A and B. And if you think of it, this goes much further than the simple line between nation states. Whatever the world historical destiny, whatever the efforts of trade unions, federations, negotiations, protocols and all those tricks to get things smoother, easier and flexible, whatever urge to move beyond borders, there is always hesitation, frustration, waiting. People may move back and forth, trading, exchanging, searching, visiting, and bargaining. They may try to overcome difference. But never they resolve the issue of difference itself. Where difference is negated, it is reproduced. Where it is abolished, it resurrects.

Archis went to Eastern Europe to look for exactly this process. This paradox. Not only did it visit the borders between Europe and already Europe (Austria and Slovakia), between Europe and not-yet-Europe/still Balkan (Slovenia and Croatia), and between Europe and never-to-be-fully-Europe (Lithuania and Russia), to record the change that occurs, but it also tried to read closely how people in these areas are negotiating borders in a much wider sense. Erasing them en reconstructing them, crossing them and defending them. Along the borderlines of Eastern Europe, where anxieties and hopes are going hand in hand, where identities are defended and contested, we tried to investigate the nuclear material from which borders are built anyway. We tried to dance the border shuffle that shows that making yourself a living is like dancing in the dark. Have a look at the photographs and tell us what you think.