CYPRUS: Beyond the Green Line-Nicosia 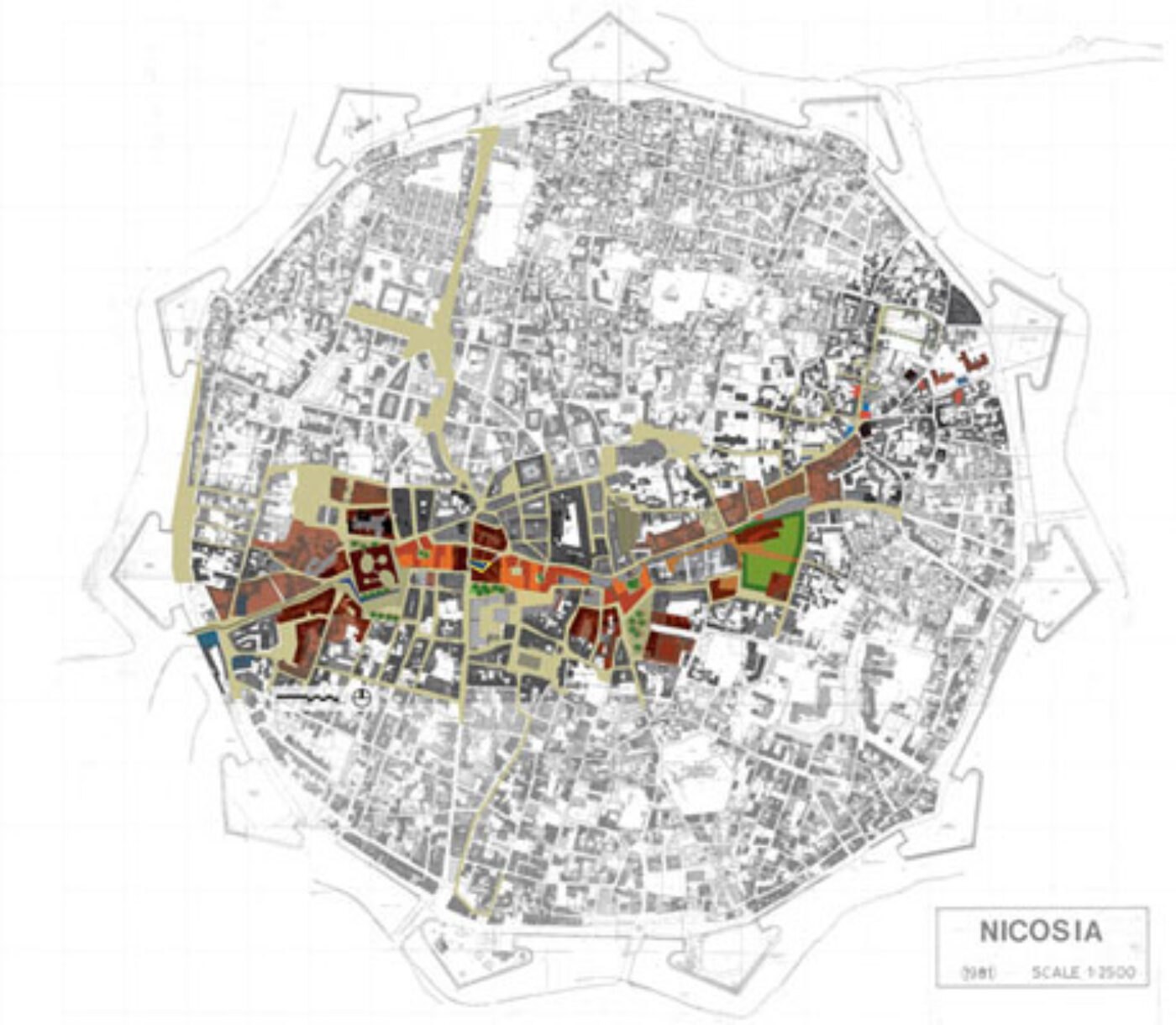 Nicosia on the island of Cyprus is the only capital in the world to be still divided. Since 1974 a demilitarized buffer zone, the Green Line, has physically divided the city and indeed the entire island in two. In an attempt to find spatial and architectural means of  reuniting the two cultures, Gert Breugem developed a strategy that would stimulate the process of cultural change and regeneration in the heart of the old town.

The plan consists of three anchors acting as hubs of urban activity in combination with a spatial framework at the exact place of today’s demilitarized zone. In the first instance, the strategy is to gradually step up the pressure on the edges of the buffer zone and the UN-controlled link between the two halves of Nicosia. Thereafter, anchors could be created as a condition for regeneration and cultural exchange between the two parts of the old town. These anchors hold cultural and commercial facilities that bind the two cultures across the divide. The three anchors are hitched to key historical routes, their architecture and spatial significance elevating them to new icons for the city. Step by step, the areas between the anchors are reallotted on the basis of two parallel routes issuing from the two cultures. These routes form new structures assembled from the formal idiom of the two cultures. This gives a ‘typical’ Greek street with small squares and a ‘typical’ Turkish street with, behind the street elevation, courtyards where urban life is enacted.

This plan shows that creating the right conditions can strengthen mutual trust between the two cultural groups. This reunites what were once opposing cultures, whose combined presence now has a power that gives the city of Nicosia greater appeal.