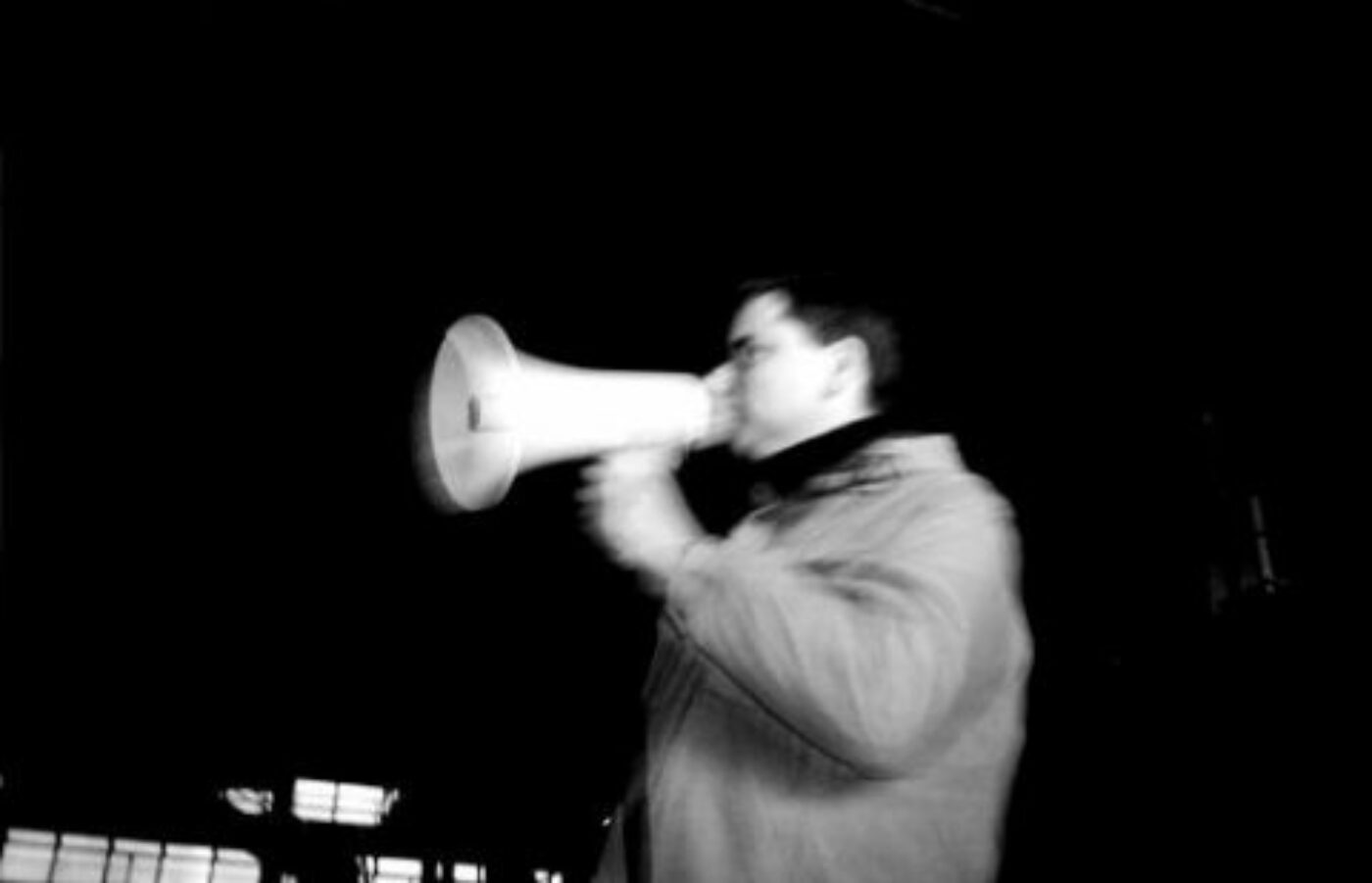 Most of what we say and write about architecture is determined by key concepts that appear to have outlived their meaning.Everyone talks about architecture as if it is clear exactly what it is. Where it begins and where it ends. What you need to know and what not. What it is made of.

But in fact the world is pinned down by formulas and clichés that allow for orderly debate, but limit our ability to renew our insights.

An event about the regime of concepts and your freedom of thought.

Palast der Republik
Event #2 in Berlin, on January 18, turned out to be a funeral, complete with obituaries, of language worn out. The question at stake was the emptiness of dozens of buzz words that still prevail in social and architectural discourse, suggesting deep understandings, but being excuses for hollow newspeak. Around eighty people, bought a ticket to get into the Palast der Republik, the former House of Parliament of the DDR, now completely stripped and ready for final demolishment. After a tour through this derelict building, which has been subject of propaganda’s off all kinds, they were having the right state of mind to terminate some humbug. So, being lit by a late winter sun through the remaining gold brown glass facade, and surrounded by a freezing cold, the crowd attended this ritual of language stripped bare. Away with ‘creativity’, ‘potential’, ‘culture’, ‘transparency’, ‘9/11’, ‘concept’, and many other excuses of mindlessness. After one hour of saying goodbye, all that was left was a display of abused terminology. The soon to be destroyed Palast to be the perfect grave for it. Later, people were able to recover a little bit at the Bikini Haus, the new venue for Urban Drift Berlin.