Thou shall not — Call out 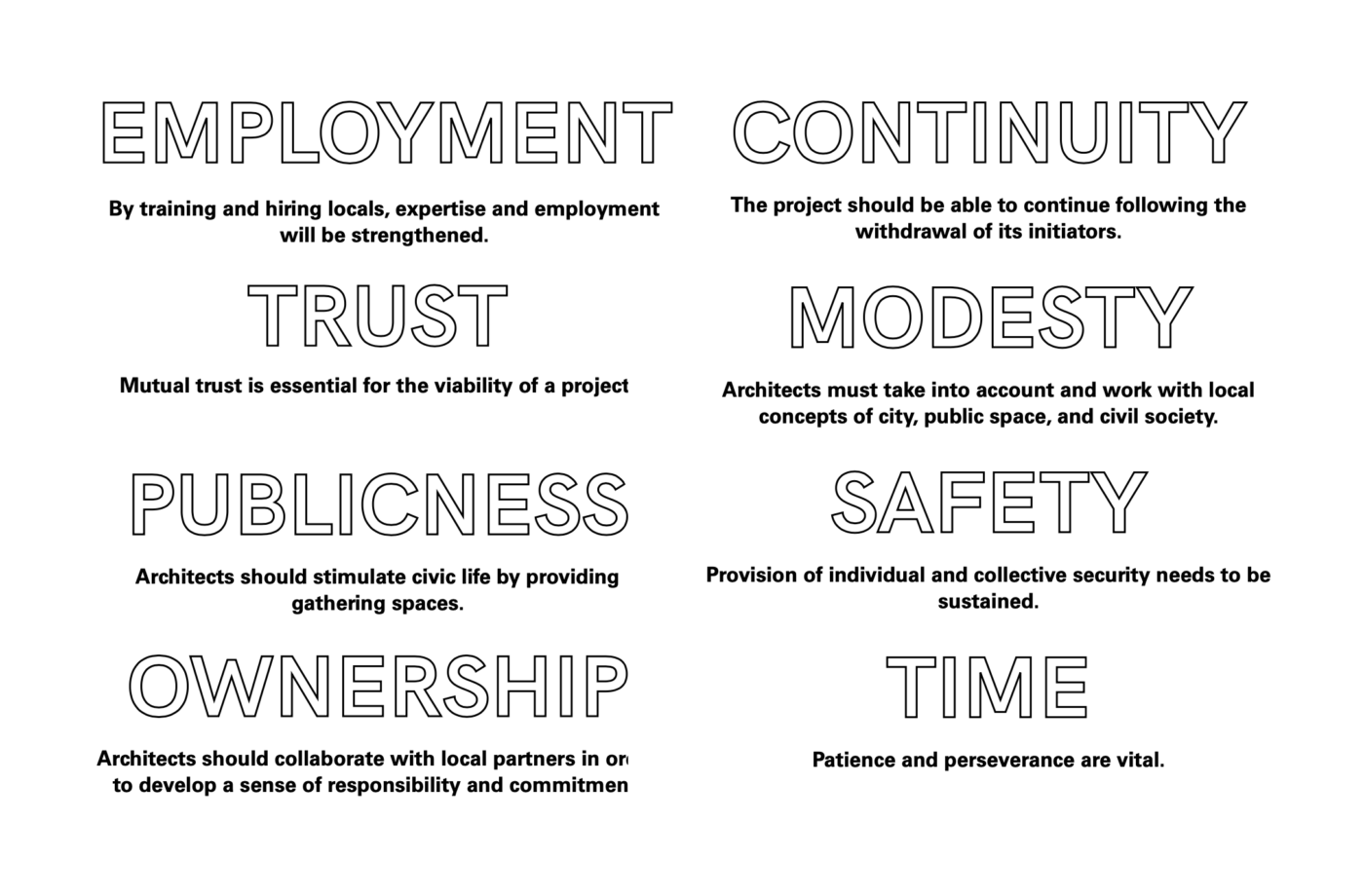 During the conference Architecture of Peace held during May 2010 in Rotterdam, a strong need was felt to establish an ethical code for architects. That is, a code that was not only to refrain ‘do-good’ architects in post-conflict areas from making involuntary mistakes that only inflict more trouble, but also to create awareness of the responsibilities of the profession in general. To create such a ‘standard’ we first examined some existing codes of conduct in the fields of architecture and design. It immediately struck us that most of them are formulated negatively: You Shall Not…! The codes give a clear insight in the underlying discourses of the specific profession.

The Royal Institute of Dutch Architects seems to be primarily occupied with the architect as selling products and services. The second rule of their code states that the architect is free to make publicity for his or her office. It has chapters for the Client and the Colleagues with each four subchapters to protect them from ‘bad behavior’ of the architect and only one meager subchapter on society and environment, requiring the architect to ‘take into account the effects of their work on society and environment’. The Royal British Institute for Architecture does foresee considerably higher moral standards for their members like ‘Integrity’ and ‘Competence’. In the chapter Relationships they do not start with clients or colleagues but with: ‘Members should respect the beliefs and opinions of other people, recognize social diversity and treat everyone fairly. They should also have a proper concern and due regard for the effect that their work may have on its users and the local community’. The International Union of Architects (UIA) have not created a code specific for architects but instead have a general international code for all professionals performing consulting services. They recommend that all national architectural associations incorporate these values within their own specific national code. Four out of ten articles in this document stress the importance of being aware of and respectful towards local cultures, sensibilities, needs and circumstances. Article 1.2 explicitly states that ‘there shall be no attempt to impose solutions of one society on other societies’.

The numerous efforts to establish a code or manifesto in the graphic design field reflect their concerns about the cultural position of the profession and shows the struggle with being perceived as purely commercial. ‘In common with an increasing number of the general public, we have reached a saturation point which the high pitched scream of consumer selling is no more than sheer noise. We think that there are other things more worth using our skill and experience on’, says the First Things First manifesto, signed by prominent graphic designers such as Gert Dumbar and Irma Boom. The implication that there are other clients to serve but the market (art, society) isn’t fleshed out, but can be considered a start for a code. Journalists probably come closest to the medical oath as sworn by doctors with a code that asks to adhere to values such as ‘Fairness’, ‘Inclusiveness’, ‘Honesty’, and ‘Courage’. Where honesty could be considered specific for journalists, ‘inclusiveness’ and ‘fairness’ are relevant for architects too. The last point, courage, is auspiciously missing from all designer codes we saw.

A compilation of ingredients from previously mentioned codes would potentially provide a set of rules and values applicable to architecture as profession in general. However, the challenge is not to create a politically correct document that hides somewhere on a website, but to raise an awareness of the responsibilities of a profession, like the Hippocratic Oath that is historically taken by doctors swearing to practice medicine ethically.

In its Hasselt Charter, Architects sans Frontiers International ‘encourages “ethical professionalism” and “ethical trade”’. Like basic human rights this may seem all too evident, but reality shows that it is not. Engagement is a prerequisite for helping or adding anything positive to a situation; acting, actually doing something is a first impulse. But the value and strength of the simple two-letter word ‘no’ should not be forgotten. Not participating in projects that won’t function seems wiser than adding another example to the list of failed good intentions. A code can help to introduce this moment of reflection, that goes well beyond the choice to say yes or no. It explicitly implies the aims and goals at stake.

Therefore we ask:
Help us to create a solemn oath to be endorsed (embraced?) by all architectural associations worldwide, or even better to be taken at graduation day.

Special thanks to Sytse de Maat for providing material on various codes.

This article is featured in Volume #26: Architecture of Peace 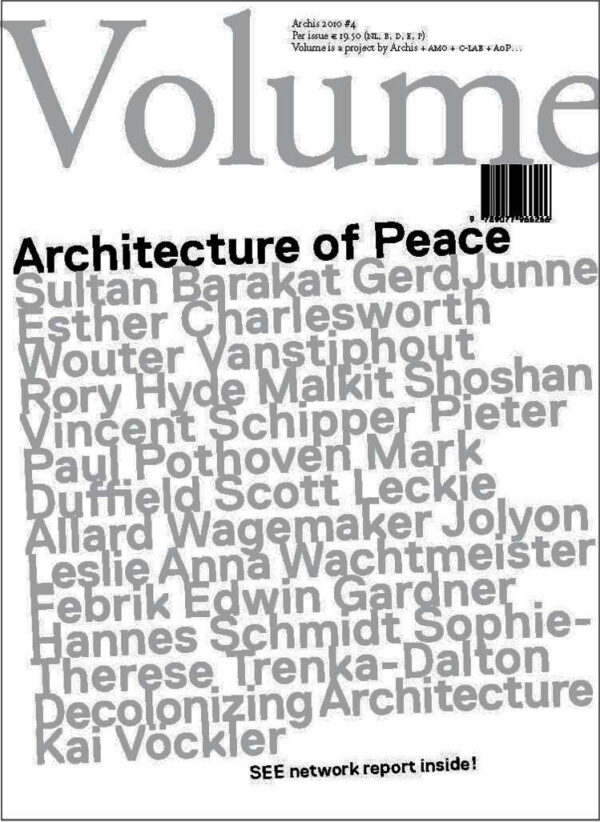