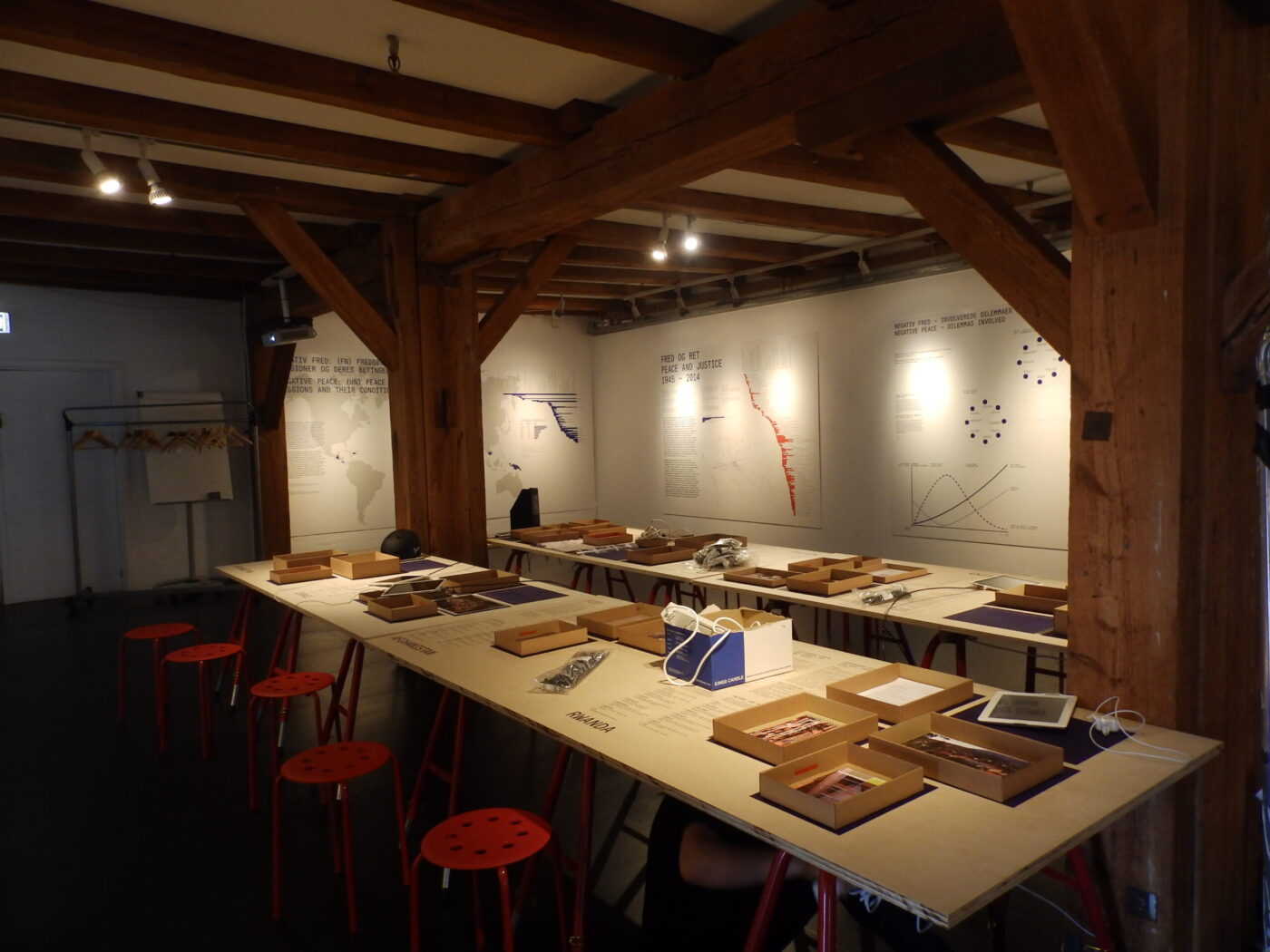 The exhibition ‘The Good Cause – Architecture for Peace’ showed a number of cases where architecture and urban planning has helped to stabilize such conflicts and support peace keeping operations. To put it on other words where architecture actively supported the transition from negative to positive peace. For example the case from Rwanda where a football stadion is built to create community after the civil war or a park in Afghanistan where people can find tranquility under the cherry trees in an otherwise turbulent country.  At the same time the exhibition looked on the general correlation between how people act and how the surroundings are shaped.

‘The Good Cause – Architecture for Peace’ was curated by Lilet Breddels, Arjen Oosterman and hosted by the Danish Architecture Center in Copenhagen between April and June 2015.