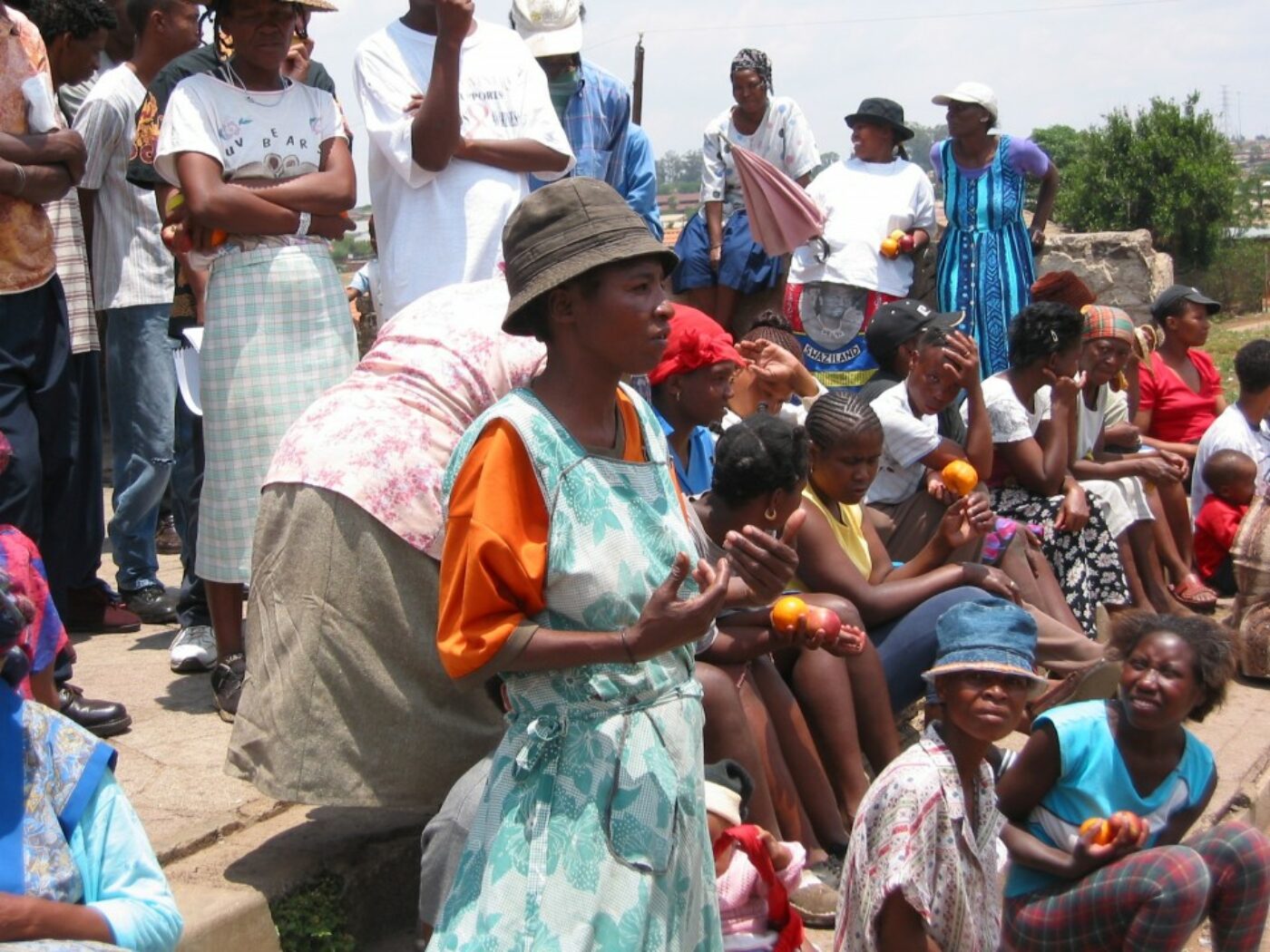 This project took the form of a campaign to rebuild the Sans Souci community cinema in the Soweto township district of Kliptown following its destruction by fire in 1995. By developing the idea of the cinema’s restoration through events and installations, they sought to shape an empowering memory of the Sans Souci – a spatial idea of the past that would anchor the local community’s shared vision of the future.

Originally an iron cowshed, and then a dance hall, the Sans Souci became a cinema in 1948. As a public space where black people could enjoy collective urban experiences, it was significant in the context of South Africa’s apartheid history. It was also associated with political resistance; some say that plans for the 1976 riots were hatched within its walls. Kliptown itself dates back to 1903; falling outside of the municipal boundaries of the city, the district developed an independent spirit associated with its multi-racial composition. It is best known as the site of the 1955 Congress of the People, held to ratify the Freedom Charter on a dusty field which has now been turned into the Walter Sisulu Square of Dedication, a major urban space framed by institutional and commercial buildings. In an incremental process designed to address conceptual and practical aspects of the project, the team approached the brief for the cinema’s redevelopment in three related ways. Firstly, they focused on the cinema’s role as a place of public spectacle. A series of performances engaged local people as actors and audience, bringing the ‘ruin’ to life and at the same time revitalising its role as a venue for social activity. Secondly, these events – open-air film screenings, dance workshops, festivals and displays – were linked to a business plan, winning sponsorship and building up the profile of the Sans Souci as a cultural attraction. And thirdly, capacity-building processes were embedded in the programme, so that the initiative’s management team accumulated social capital in parallel with the project’s reputation.

Reconstruction plans envisaged the ruin’s transformation into a multi-functional venue including a cinema and a theatre, as well as a range of performance and community facilities, according to a phased plan. The architects wanted visitors and residents to actively participate in remembering and recreating the history of the Sans Souci in an incremental programme designed to not only deliver the building but also to bring the Sans Souci cinema back into the consciousness of the local community.

Despite the project’s early achievements, progress was uneven and in 2009 it came to a dramatic halt because of heavy rains which made the ruined building collapse.