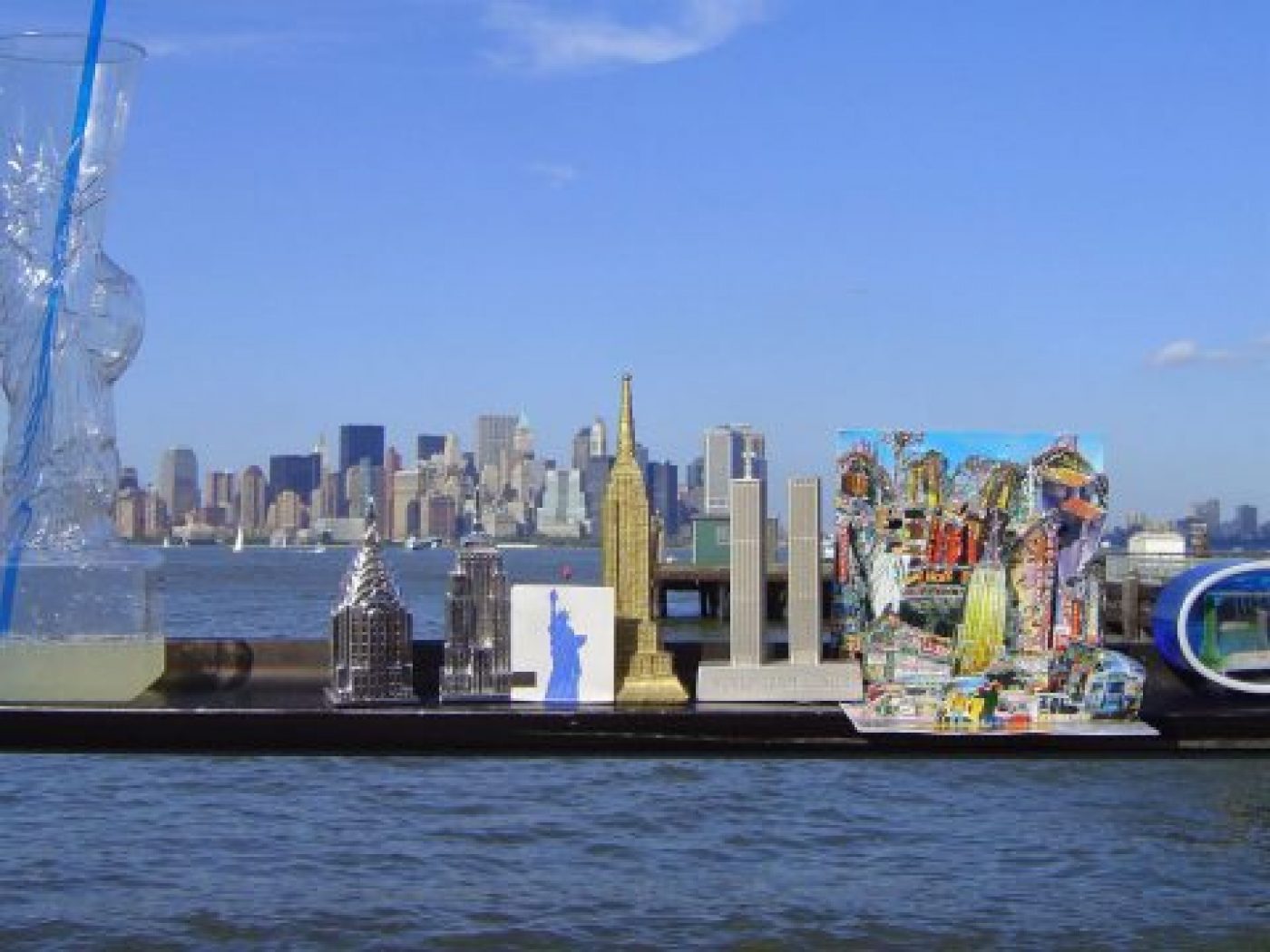 We have always thought that design was driven by growth. New programmes, new tasks, building bigger, higher, denser. Growth is the hidden agenda of our entire society, it’s the vector of our thinking. But suppose we are heading towards an era of shrinking programmes in shrinking cities inhabited by shrinking minds. Or can smaller be smarter?

Shrink in the city
Moment #1: we met in front of the new Time Warner Building. It’s a piece of architecture that resounds with the recent history of New York. Twin Towers, but not really. A shopping mall, but not really. A super expensive building, with the highest priced penthouse ever on top, inhabited by the company that has become identical with the dot-com bubble. And its burst…

Moment #2: we embarked for the Statue of Liberty, leaving all critical and activist ideas behind at the severe security check. The statue was lonely, allowing no visitors to come inside. It used to be a place to go, not an image to look at. There was a black woman with a blond haircut, wanting her husband to take a picture of her with Lady Liberty. “Isn’t she beautiful,” she said, implying “am I not beautiful?” She was, but she didn’t know that it was a black woman who once modelled for the statue, in praise of the abolitionists. No blond hair needed. Most people didn’t know that fact.

Moment #3: we assembled at 16 Beaver Street. After several hours of talking and roaming the streets, we received a final blow of new knowledge. A debate on the relationship between human experience and emerging nanotechnologies, the science of the infinite. Nothing will remain the same.