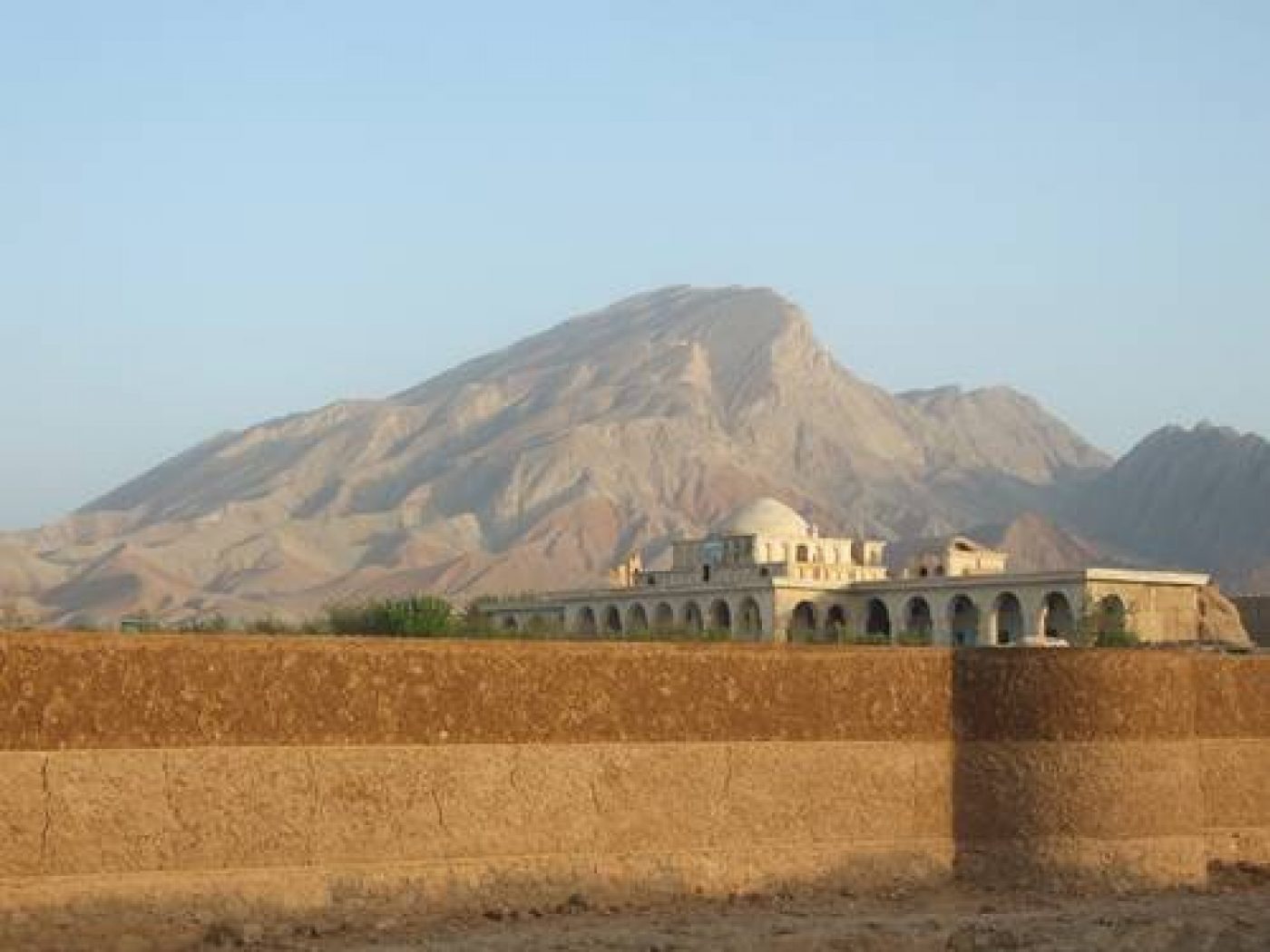 The national Park is located on 3000 m. altitude in the central highlands of Bamyan province, where the large Buddha statues were destroyed in early 2001. But the real human disaster here, argued Feenstra, was the killing of the thousands of civilians. But the province of Bamyan is also a place of beauty. Magnificent landscape images of the first National Park in Afghanistan proved this. Here is where AFIR Architects built a visitor centre, a gate house and a toilet building in the proximity of one of the six pristine turquoise blue lakes of Band-i-Amir. The research done by the architects resulted in expertise on climate, materials and soil conditions, combined with the architect’s obligation to realise the most pleasant building possible, resulted in a sophisticated structure. The strong horizontal lines reflect the rock-formations around the lakes. The involvement of local people in every stage of the design and building has transformed it into be an object of pride for the community. The architect’s sensitivity towards local lifestyles and modes of construction has made it into a truly Afghan building.

Funded by UNICEF and the Afghan Ministry of Public Health, the maternity waiting homes project was created to address the high mortality rate of pregnant women and newborn babies in Afghan hospitals due partly to the layout of the buildings which allowed for circulation between non-partitioned areas. AFIR Architects, in charge of the project, convinced the Ministry of relying on local building traditions and materials. After a collaborative designing process, involving the local community and (inter-) national maternity specialists, the first home was constructed with a public reception space, a private house with inner garden for the women and buffer zone in between these. The hygiene and safety of the women improved a lot with the a pleasant home environment, Noticing the success of the project, UNICEF decided to reproduce the project in other cities. For every home AFIR adapted the design specifically to the local environment and available building materials.

AFIR Architects undertakes the restoration of the destroyed emir palace Bagh-e Jahan Nama in Khulm using local building techniques and reviving traditional crafts. CIE Leiden is funding the project that is done in close cooperation with the Ministry of Information and Culture. After the team organized the de-mining and the removal of four Russion tanks from the garden the public palace garden once more started to attrack families and other public. With the upcoming ethnographic museum in the former palace, this will be a unique combination of heritage, community involvement and architecture, while alleviating local unemployment via capacity building programs integrated in the project with local masters that teach motivated young people the skills of carpentry, masonry, ornamental plastering, natural stone floor making etc.

Anne Feenstra is a Dutch architect living and working in Kabul, Afghanistan. He is owner of AFIR Architects and taught for 4 years (pro-bono) Architecture at the Kabul University. Anne is the local representative of CIE in Afghanistan and works with his teams on the renovation of the National Museum, the creation of the maternity waiting homes and manages the renovation of the Bagh-e-Jahan nama Palace in Khulm.