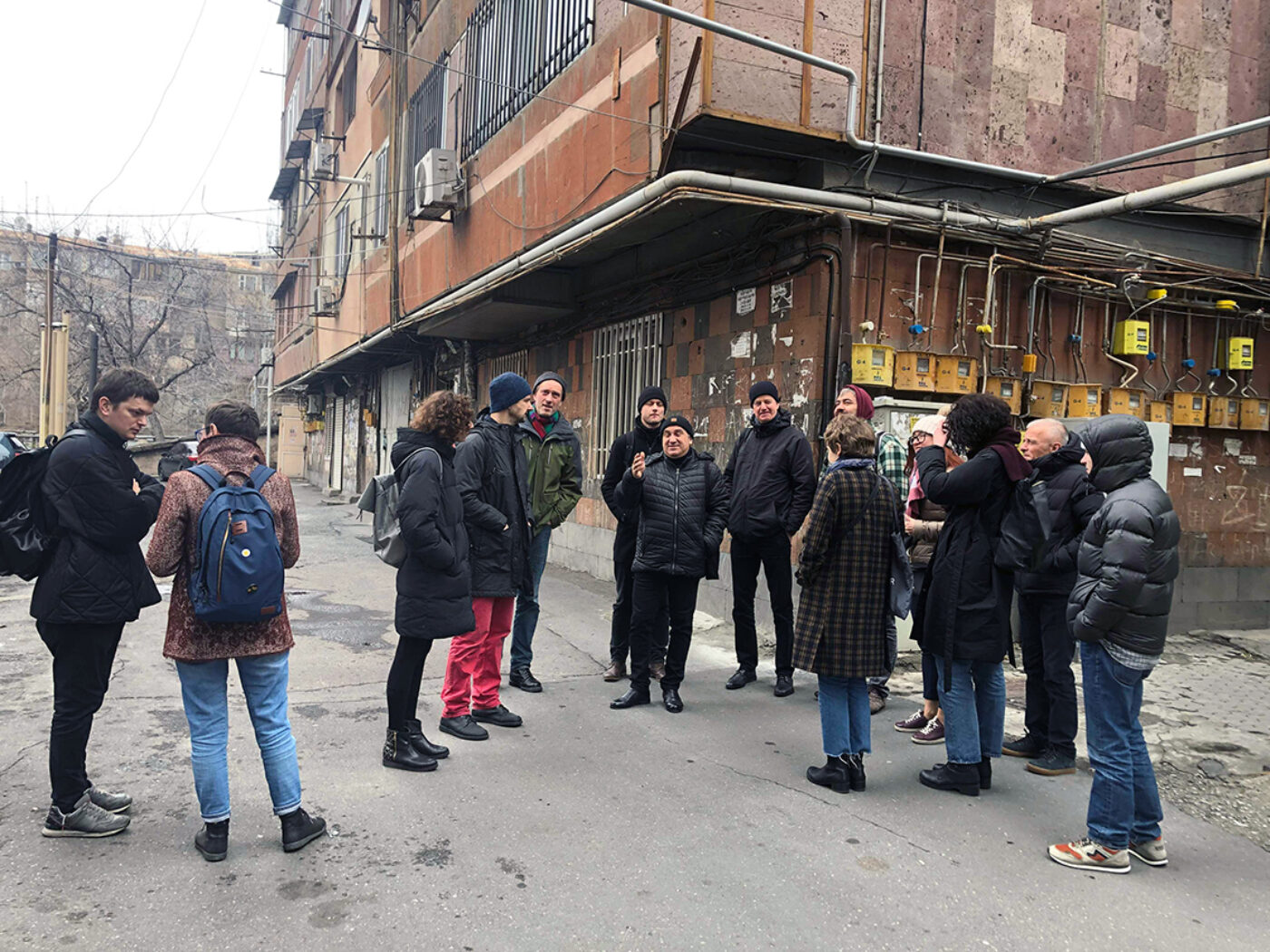 The ‘New Europe’ and Controversy Around the European Idea – an international conference and workshop at the National Museum—Institute of Architecture after Alexander Tamanyan, Yerevan (March 30, 2019).

In the cities and regions of Eastern Europe, the parallel processes of reconstituting a national identity and Europeanisation (i.e. forging a European identity in the context of EU membership) have sparked fierce debates over the European question: How does it relate to the respective history and (re)constitution of each country’s national identity? How can it contribute to forging complex identities? – Particularly concerning these identities within cities, artistic communities, between activists, urban planners, and among others who are vehemently committed to the democratic and European reorientation of their respective societies and have founded democratically enlightened civic initiatives. Subsequent struggles to lay claim to and define public space play out in the reappraisal and handling of cultural heritage, in the creation of both virtual and concrete forums for grassroots activism, in the articulation of visions of a democratic society, and in anticipation of new forms of coexistence, beyond national borders.

The wider aim of these initiatives is touching all fields of the political and the social. The common ground for these different initiatives is a historical suture; the corrosion of the Soviet empire and the fierce and often contradictory transformations that took place in the Post-Soviet republics during the last 30 years; the arrival of a wild and often destructive capitalism that followed the years of hopes and dreams for a democratic and emancipatory development of the societies just after the end of the empire; and the formation of new geopolitical constellations as well as the arrival of a new wave of nationalism and authoritarian forms of governance. New forms of entrepreneurship that changed the very space of the cities and that went alongside with the decline of the social fabric of the late Soviet Union and its institutions. Europe as a horizon and a disillusion in one.

Starting with an internal workshop in Yerevan, the project partners discussed their various perspectives and devised an action plan of local interventions in their respective home towns. Aspects of the action plan will be further developed in cooperation with local groups and given palpable form as art and media interventions. The outcomes will be presented to the general public both in an online publication and in an exhibition in Berlin (August 2019).

At the conference the participants presented a series of public lectures with their reflections on the above-mentioned questions and discussed it with the audience. Three major questions were identified and then further discussed with the attempt made to have them answered:

Where does it start, where does Europe end? Looking at the geographical representations, it becomes clear how blurred the spatial borders of Europe are – and that, on the contrary, Europe is anchored in our consciousness. Furthermore, this raises the question of what this ‘Europe of our mind’ means: where it is centred, where is the periphery? And is the so-called European periphery possibly developing new governance techniques that require it to be critically examined?

Is there such thing as a European ‘civil society’ that can raise a common voice beyond the borders of the nation state? ‘Civil society’ means, as it has clearly shown in the Eastern European system transformation, a ‘hard’ concept of (self) responsibility and strong binding forces in resistance to dictatorship and the claim of national emancipation. Is there a perspective for the hard concept with its strong binding character (which implies solidarity among the members) on a European level? Is a European narrative beyond the nation state imaginable, which is non-mythological, unfinished, open (contra identity politics)?

To whom belongs Europe?

Who is included, who is excluded from the European idea? It is not only a matter of political equality but also of social justice (solidarity). Is there an idea of a social Europe imaginable? An idea, which can be transformed to an inclusive enlightened and emancipatory narrative? And how can this narrative be inscribed into the bodies of the cities and societies, physically and mentally as well as in the structures of political decision making and governance? How can civil Society claim to say: ‘We are Europe?’

A project by stadtkultur international e.V.

Support
The project is funded by the German Federal Foreign Office within the framework of the program “Eastern Partnerships”.

Behind a Windshield: An Unsolicited Narrative