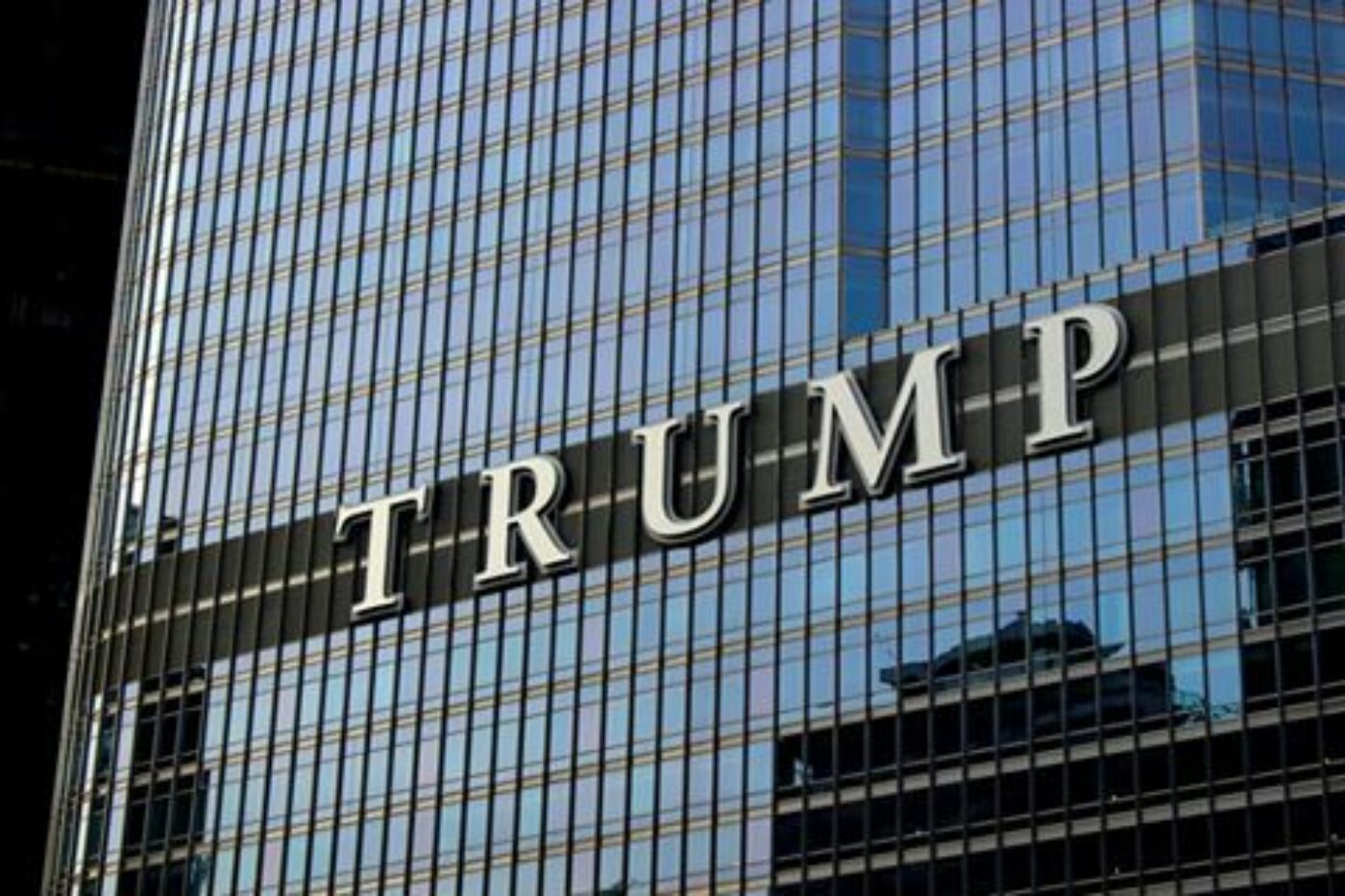 In light of recent political events and those to come in the United States and beyond, we’ve decided to dig into our archive and pull out some uncannily relevant articles. The first, originally published ten years ago in Volume #7: Power Logic (Architecture of Power, Part 3), is a reflection by Gwenda Blair on the rise of Donald Trump and cultures of salesmanship.

In 1956, a renegade Columbia University sociologist named C. Wright Mills published a best- selling book called The Power Elite. In this landmark work, the bohemian Mills, who rode a motorcycle, lived in a house he built with his own hands, and didn’t hesitate to denounce his own discipline, tracked a fundamental shift in the power structure of the US Before World War II, local business and social elites had played an important role in making the decisions that affected their own and their neighbors’ lives. But in the post-war years, there was a dramatic shift. Power became more and more concentrated among those Mills called ‘the power elite’ – the top-level economic, political, and military leaders who had taken charge of the country. As a result, most Americans had less control over their own economic and social fate than ever before, a development that Mills saw as an ominous threat to the nation’s most basic democratic principles.

Half a century later, the power elite has still greater sway over the nation’s wealth and its destiny. Presumably Mills, who died in 1962, would not be surprised to learn that this group now includes high-tech entrepreneurs and celebrities or that new forces like global competition have come into serious play. But there’s little doubt he would be stunned to find that for a great many people, the person who most exemplifies the power elite today may just be a jowly New York real estate tycoon with an elaborate orange comb-over. His name is Donald Trump, and he was only 10 years old when Mills’ book appeared. Yet in the decades since that time, the man with the pompadour has helped to turn the whole notion of the power elite on its head.

He got his start by using the fortune and political contacts amassed by his father, who had constructed thousands of middle-class homes and apartments in Brooklyn, the most populous of New York City’s five boroughs. Rather than building for teachers and social workers, however, Donald went after the high-end real estate market in the city’s richest borough, Manhattan. By tradition, this would have meant unobtrusive limestone facades and understated interiors. But he replaced the old architecture of restraint and subtlety with a new architecture of flamboyant excess, using reflecting glass and gleaming brass for his exteriors, filling his glistening lobbies with mirrored surfaces and giant chandeliers, and slapping his name on every available surface in shiny gold letters.

His marketing strategy was also a departure. Unlike most real estate developers, who tend to keep low profiles, he elevated his whenever possible. He bragged to the press when celebrities like Johnny Carson and Stephen Spielberg bought apartments in Trump Tower, spread rumors that Prince Charles was considering moving in, invited photographers to his own 53-room penthouse, a marble-on-marble and gilt-on-gilt extravaganza that one designer described as ‘Louis XIV on LSD’, and boasted that his buildings were the most expensive in town – proof, he declared, that they were not just the best, but the best of the best.

The result was a real-estate home run. Trump Tower sold out, and despite being alarmingly over budget, returned a handsome profit to its investors. Ignoring conventional wisdom about low-key buildings for high net worth individuals, Donald had correctly intuited that the people now running the show wanted nothing more than a chance to show off their affluence. Indeed, they wanted not only over-the-top homes, but a showy, opulent lifestyle, and by becoming the most conspicuous of consumers, Donald Trump became a larger-than-life model. After purchasing a pro football team and becoming the biggest casino owner in Atlantic City, he bought a legendary Palm Beach mansion, the world’s third-largest yacht, the Plaza Hotel, and an airline. Instead of hiding his sometimes ethically- challenged business manipulations, he wrote books celebrating them; when he made the Forbes list of the nation’s wealthiest people, he insisted that the magazine had underestimated his fortune.

No longer simply a brash developer, he had turned himself into a brand, making his name and even his nickname into symbols that the public associated with life at the top and that other entrepreneur eagerly licensed to sell everything from ball-point pens to Cadillacs. When Trump the man faced near-bankruptcy in the early 1990s, Trump the brand retained its value and brought him a new career as a ‘virtual’ developer whose name sells projects owned by others. More recently, the brand has landed the man a starring role in the hit TV reality show ‘The Apprentice,’ now in its fifth season and broadcast in 30 countries. Ostensibly an extended job tryout in which young Type a’s compete for a position with the Trump Organization, the show has netted record-breaking ad revenues and helped spur new real-estate projects for Trump in Los Angeles, Las Vegas, Chicago, Tampa, Dubai, and Panama, a travel site called GoTrump.com, and a mortgage-banking service entitled, of all things, Trump Mortgage.

For success to breed more success is hardly news. But what is novel about the show, and perhaps more interesting, is how it affects its viewers’ understanding of the nature of power. Each week as The Donald opines about his proteges’ work, offers business clichés, and tosses off afterthoughts on his ‘Apprentice’ blog, he is breaking down the power-elite mystique and inviting millions of viewers to feel, if only for that hour, that they have changed from powerless outsiders to knowledgeable insiders. They may not be ready for prime time, but at a bare minimum, they feel more empowered – more power-worthy, as it were – than before they tuned in.

There is no doubt that Trump is richer than most other people. (How much richer is a matter of dispute; he is in a 13-way tie for 278th place on the 2006 Forbes list of billionaires, but because most of his wealth is self-reported, some knowledgeable sources say he is worth far less.) Yet rather than inspiring envy or outrage, he seems to inspire confidence and even a certain measure of affection – to be, in effect, a category-buster, using his power-elite status not to control the world but to sell to it. The difference is palpable; instead of operating in the remote and distant fashion favored by the power elite of Mill’s day, Trump is astonishingly, almost unbearably accessible. For the most part, his predecessors hunkered down behind high walls and no-comment front-office men, but he has played out his marriages and divorces, his rivalries and disputes, in full view of the public.

Known for selling just about anything to anybody, he is always selling himself to everybody, and he is also selling himself to himself. The consummate salesman, he is demonstrating his product, which happens to be himself, and at the same time managing to suggest that he actually identifies more with the consumers out there deciding whether or not to buy. Whether it’s a public appearance or on his television show, he somehow manages to convey a certain surprise at his own success, to put himself on the side of the viewer as the two of them gaze up at the Trump image and agrees that the huge mansions, private jet, stretch limos, glitzy casinos, ex-model wives, and gold-plated everything are really just what any normal human being who struck it rich would like to have.

Like any good snow job, this one works by making resistance harder than going along. Thanks in part to Donald Trump, extreme excess, once considered vulgar and potentially amoral, now seems normal and even desirable. For Mills, such a development might well seem to fulfil his darkest forebodings; for Donald Trump, it has brought him fame, fortune, and possibly more magazine covers than almost anyone else alive.

You Only Walk This Way Once