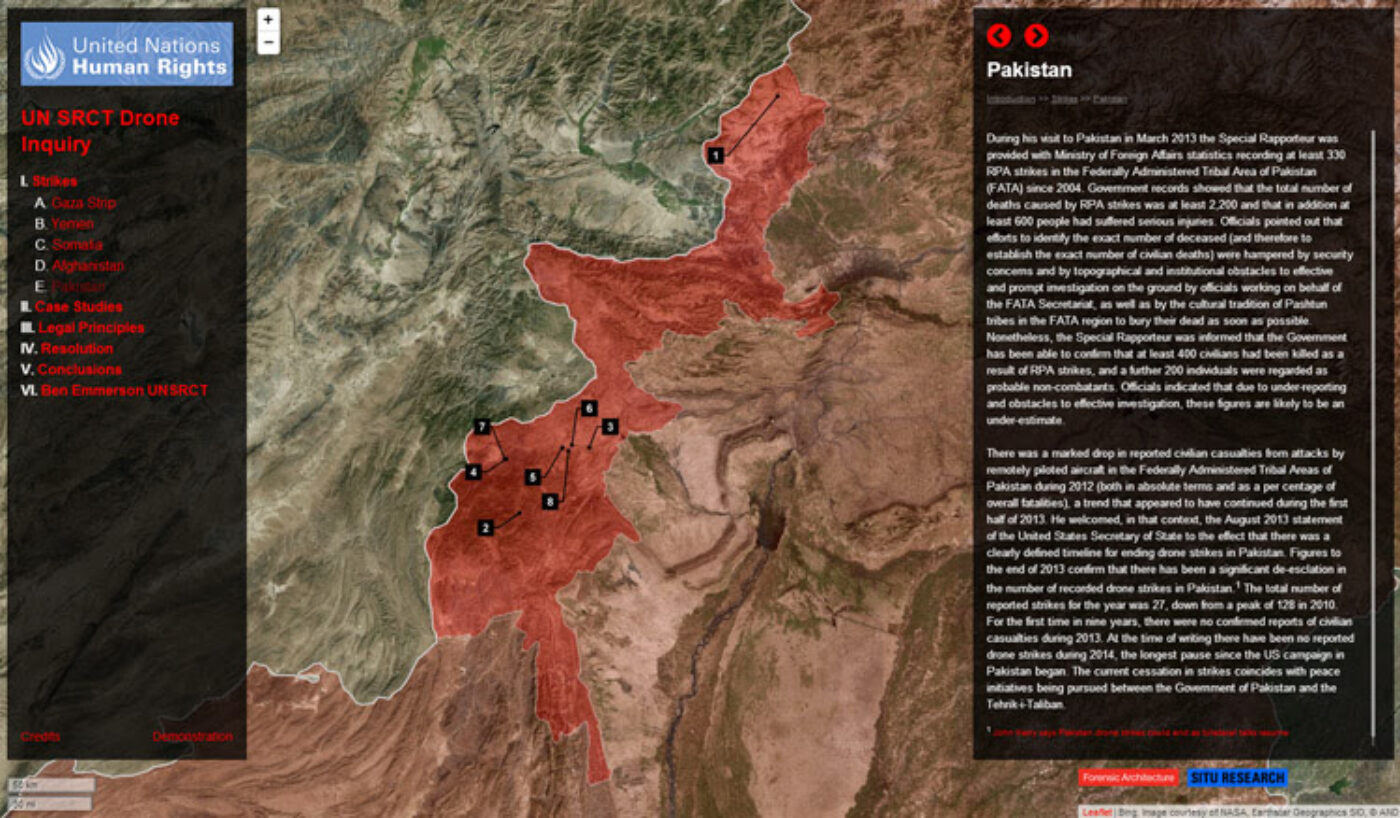 The website is based on a report by Emmerson, that investigates drone strikes in countries such as Pakistan and Afghanistan and its impact on civilians. One of the report’s findings is that a lack of government transparency is the single greatest obstacle to evaluating the civilian impact of drone strikes. Documentation on site is often difficult as entry points are locked down, and the use of mobile phones and cameras is frequently prohibited.

The report and website, that were presented at the Human Rights Council in Geneva, call for increased government transparency and documentation of strikes when civilian casualties are known or suspected. Click here for more information about the project and the web platform.