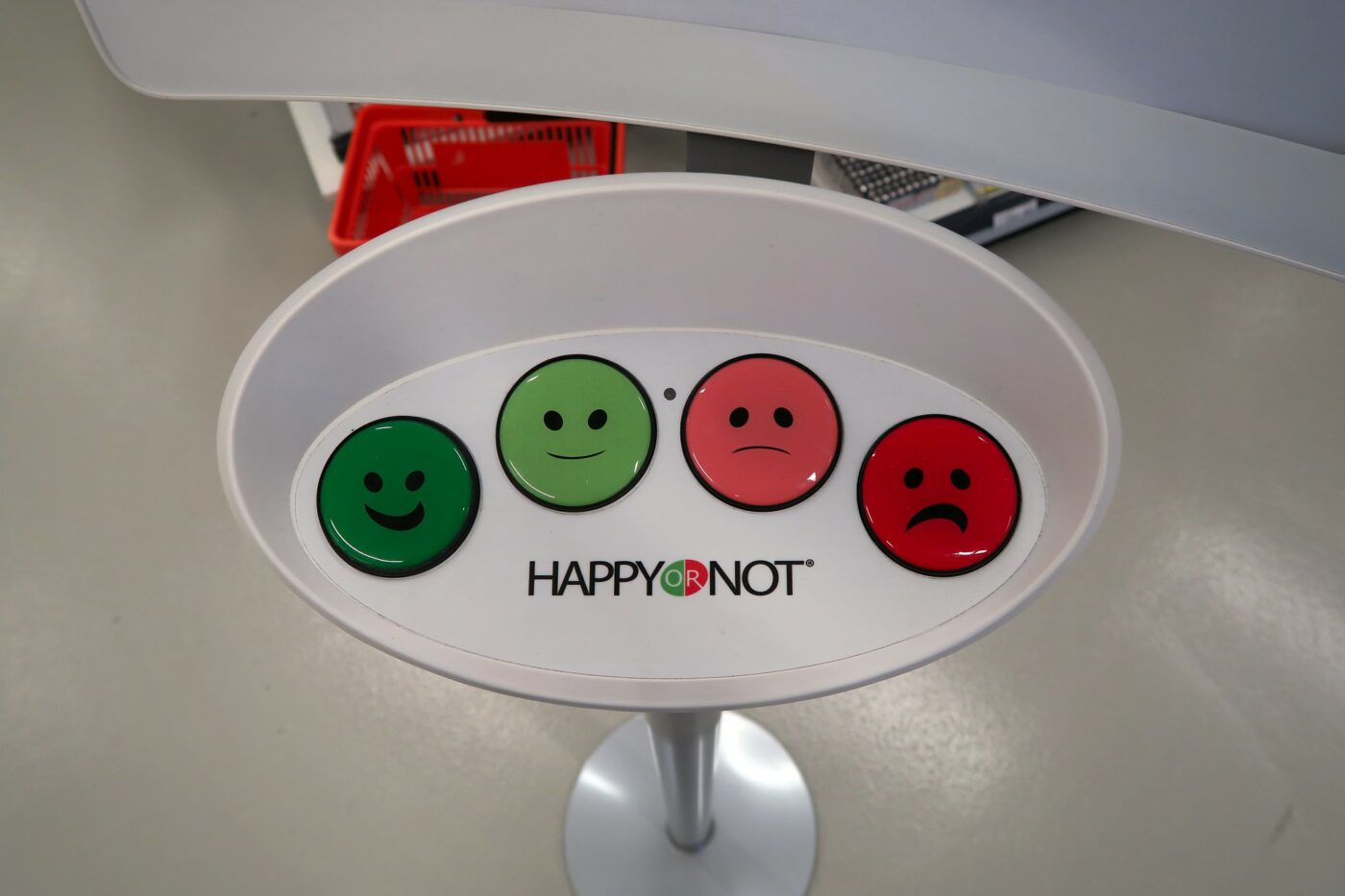 Measuring what matters: On a scale of one to ten, do you hate your life?1

As all facets of life – from sleep length to friendships, heart-rate to dating successes – are increasingly quantified, the measures by which we attempt to understand affective or emotive qualities are too increasingly used to influence corporate decision making and governmental strategies. This often-awkward conversion of the qualitative into the quantitative, from the feeling to the figure, is the conceptual base of the Canadian Centre for Architecture’s recent exhibition Our Happy Life. Curated by Francesco Garutti, whose text on the topic appears in Volume #56, the show attempts to map the increasing permeation of the concept of well-being into business practices, places of employment, and governmental policy at large.

This emotive turn has emerged from a wider understanding that GDP, as the essential measure of economic health, rarely aligns smoothly with the sense of well-being that it is supposedly expressive of. As the explicit binding between economic and psychological health (or at least their distribution) wavers, the response to this emerges as an outward concern with happiness and well-being by governmental policy makers, CEOs, companies and corporations, as well as in contemporary strands of critical theory.2

This is the institutional embodiment of what Byung-Chul Han understands as an ‘emotional capitalism,’ that exploits precisely the ‘dynamic, situated, and performative’ elements of the subject insofar as they are subsumed by the processes of work and consumption.3 This capture is prescient in the turn from exploiting physiological productive capacities to psychological ones, the quantification and measurement of these phenomena being germane to their understanding as essential to both worker satisfaction (or, at the very least, compliance to exploitation) and the worker’s level of productivity. After Henry Ford, we all know, discounting actual slaves, happy workers are supposedly the most productive. It follows then, that measuring happiness in figures, like shoe size or the weight of a baby, makes total sense as a mechanism to try to increase it.4

It is common to see these statistics in news headlines – Scandinavians are much happier than you for the 10th year running!5 – or in company bulletins – Today marks the 50th anniversary of workers not locking their superiors in the stationary cupboards, and using the open plan office to play a game of five-a-side. It becomes of course essential to question the tenets on which these statements rest. How is it that happiness is measured, especially when the ones asking the questions have a vested interest in constraining the perception of happiness to the current material circumstances or a political regime?

As it turns out, the polls ask 3 very basic, very subjective questions:

It is through these questions that Gallup, the world’s largest analytics and survey company, claims to be able to show that ‘the quality of people’s lives can be coherently, reliably, and validly assessed by a variety of subjective well-being measures’ and by extension that this data can be utilised to understand how well-being effects work rate, economic health and consumption.7 Following this then, who is this data for, and for what will they use it?

‘Having a job’ is referenced consistently by Gallup’s 2017 Happiness Report as the first, if not fundamental condition, to enter the realm of the happy (although, they’re keen to point out, not solely due to the economic benefits of not living on the breadline).8 Given, as they say, ‘the majority of people spend much of their lives at work,’ it makes sense to consider this a central space in which one would seek happiness.9 The poll itself, however, cannot – nor does it attempt to – question the external socio-economic pressures that necessitate this time spent at work. The dissonance between the understanding that welfare policies directly increase social well-being and the fact that the lack of these policies is what leads to longer, more strenuous work weeks, is clear but unacknowledged.10  Unemployed men, they note, reported experiencing 10% less ‘positive affect’ and while unemployed women experience 10% more negative affect than their employed counterparts (and 12% more than employed men). Rather, their line is that well-being and work exist in a complex relationship: while work can foster happiness, happy people ‘help to shape market outcomes, productivity, and even firm performance.’11 If you want to be happy, get a job, if you want to get a job, be happy: to leave the realm of perpetual dissatisfaction, turn that frown upside down and sell your labour!

Political economist Will Davies explores the history of happiness, attempting understand how it has been formalised and understood historically as a politically loaded concept. And as he notes in his book The Happiness Industry, Gallup have found that ‘only 13% of the global workforce is properly ‘engaged’, while around 20% of employees in North America are ‘actively disengaged’’.12

From this we must question, can there really be sincerity behind a corporation’s concerns for the wellbeing of its employees? (Spoiler: probably not.) Why is it that companies and governments would be concerned by this data? And by extension, how possible is it to discern the line between concern for the person and concern for the capacity of this person to produce value for their employer?

As David Cameron claimed in a speech outlining his new project of accounting for his citizens happiness: “Growth is the essential foundation of all our aspirations!” As we have seen, by these criteria, the seeds of aspiration rarely grow in the barren gardens of unemployment. Are we measuring then the subjective well-being of a population? Or rather the level of self-defined contentedness as regards a pre-set framework of employment, growth and self-entrepreneurship against, essentially, the limits of imagination as concerns the possibilities of a life well lived?

Does the question, did you feel happiness yesterday, amount to an actual lived sensation of happiness, or rather a resignation to the imposed conditions of employment and existence by a system we by now understand we have little control over. If I can understand that my material conditions will never rise above a certain level, is my answer always relative to how much happiness I understand is achievable?

If I understand that happiness – like spread of wealth prophesied by GDP – isn’t distributed evenly, am I induced into position of compliant frustration, in recognizing the implied glass ceiling of well-being? And isn’t that enough for pollsters, governments, CEOs, and your manager at Prêt a Manger, to be happy with the quota of happiness mined from their subjects this quarter and only ever produce and understand this data within the realm of current circumstances?